Against Photography: An Annotated History of the Arab Image Foundation

Factum Arte collaborated with Lebanese artist, Akram Zaatari, to produce a series of photographic objects including cyanotypes, etchings and digital prints for the exhibition Against Photography. An Annotated History of the Arab Image Foundation on display until September 25th 2017 at the Museu d´Art Contemporani de Barcelona (MACBA).

The prints are based on photographs and negative plates belonging to the Arab Image Foundation (AIF) in Beirut­- an institution Zaatari himself co-founded in 1997, which currently holds a collection of 60,000 photographs from the Middle East and North Africa. The works produced for this exhibition reproduce or transfer different elements of photographic objects onto paper, glass and metal to bring to light discussions on the key moments in AIF´s recent history. A significant part of the exhibition reflects on the disintegration of images over time and the aging of emulsion. 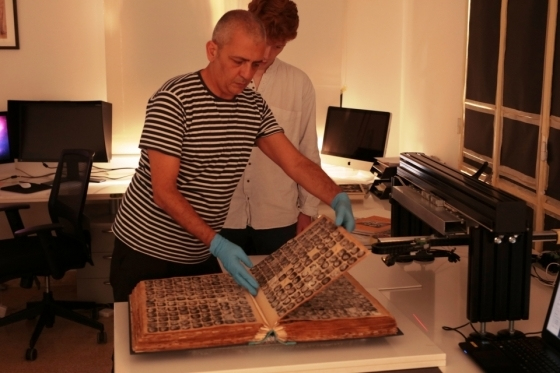 Scanning photographs at the AIF

A number of these works were based on 3D scans of the surface of celluloid negatives that have suffered from channeling as well as other processes. The texture on both sides of the negatives were scanned with the Lucida 3D Scanner.

This 3D information was processed and routed by CNC milling machines onto aluminum plates from which prints could be made. The routed plates allowed for further experimentation, using different mediums, materials and techniques including blind embossing and chine-collé with aluminium foil sheets. 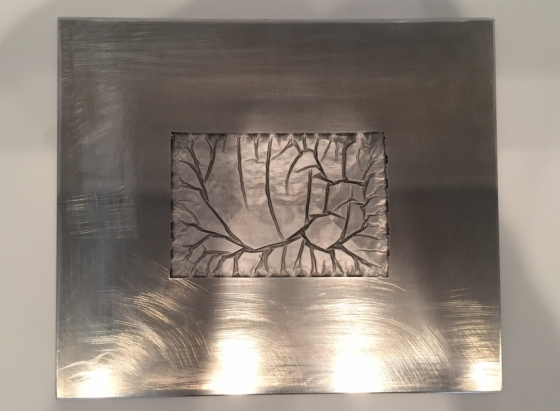 These explorations included blind embossed prints, obtained from un-inked plates, and tinted black prints from intaglio inked plates. Other prints were made using both black Korean paper and aluminum foil as chine-collé. 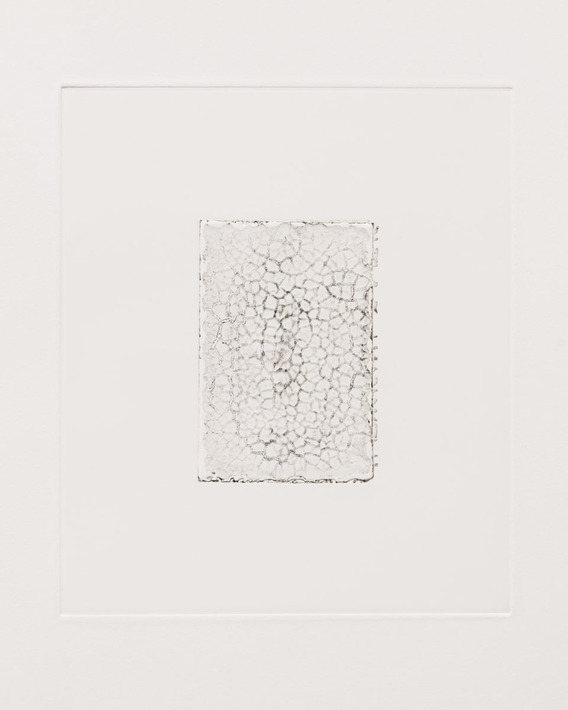 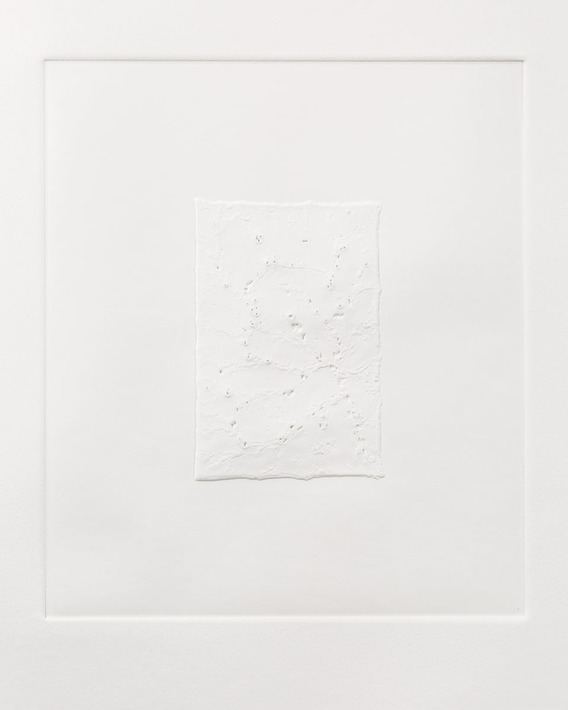 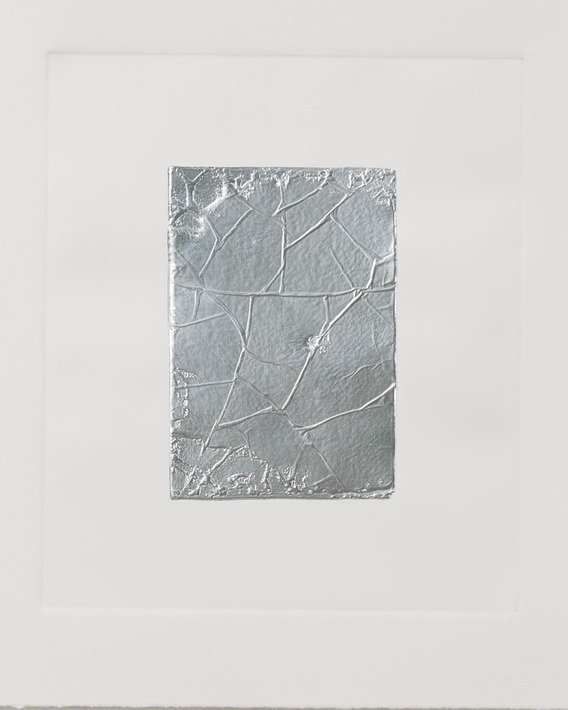 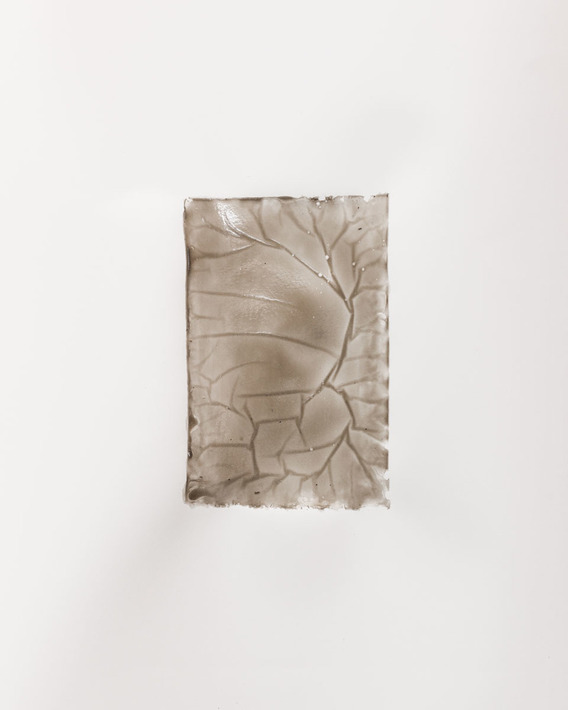 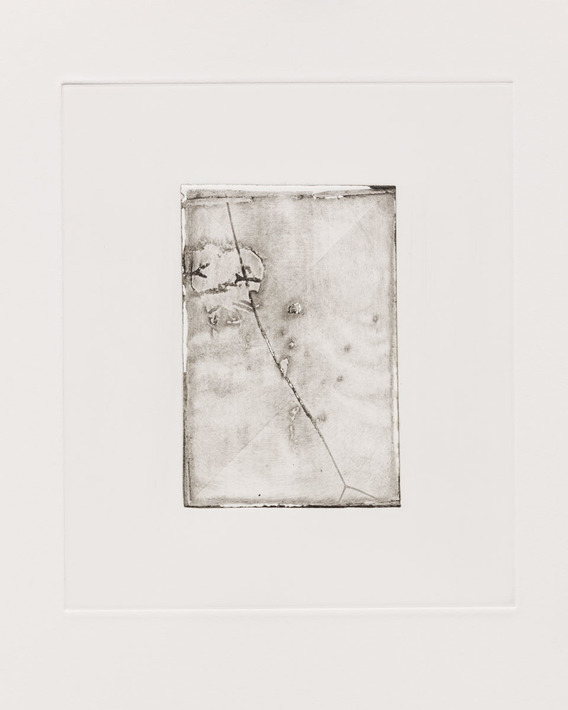 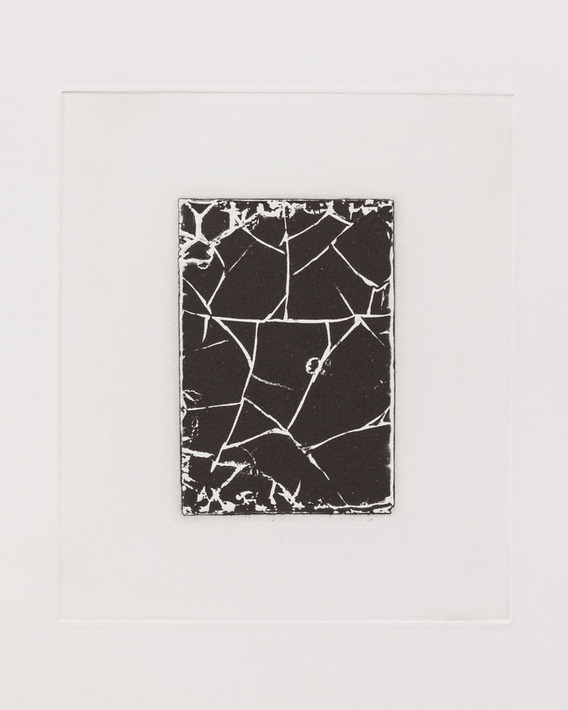 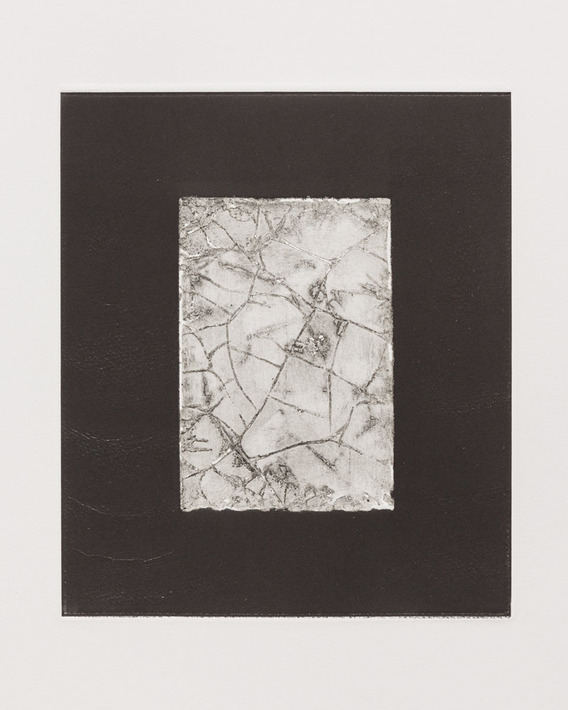 The cyanotypes were printed from glass plates formed by merging two photographs from the AIF collection. Each of these digitally fused photographs represent a conflicting perspective on the same historical moment. 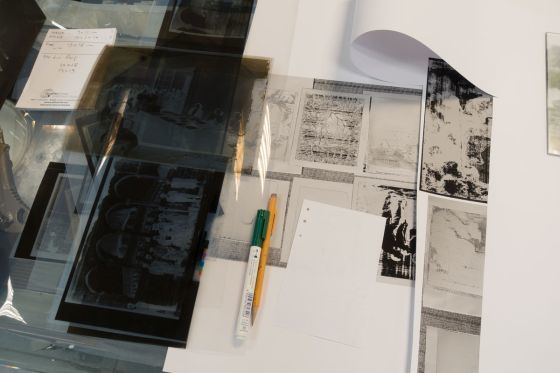 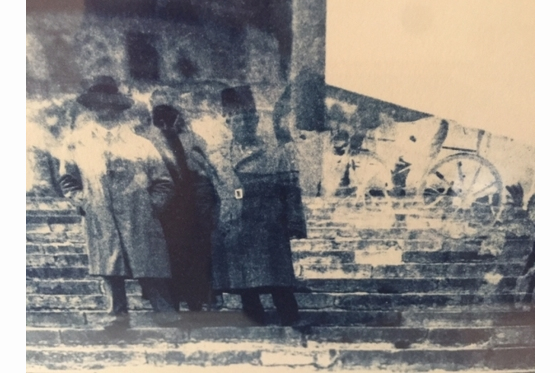 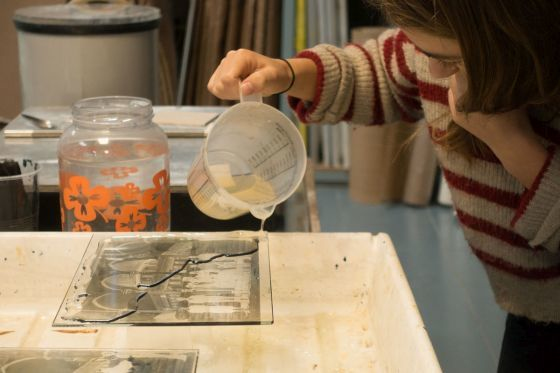 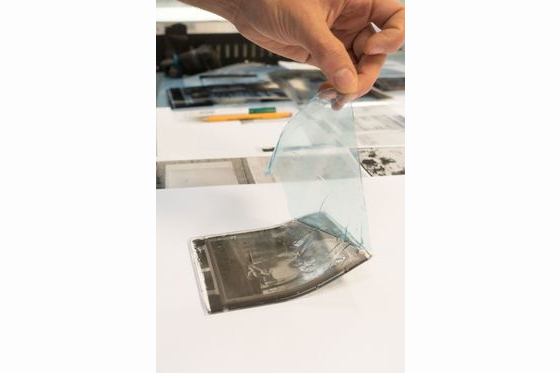 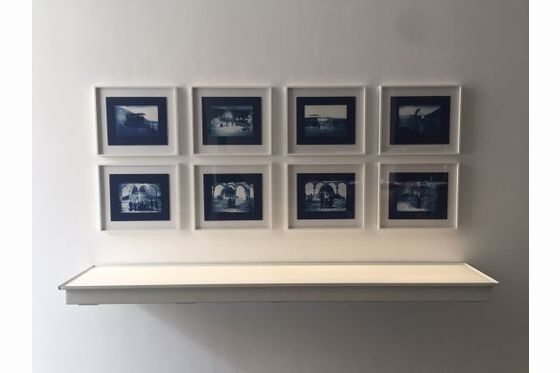 A second series of six digital prints were made from digital files based on hand colored photographs by Armenian-Egyptian photographer, Van Leo (born Levon Alexander Boyadjian). Images were printed on gelatin-coated copper plates. 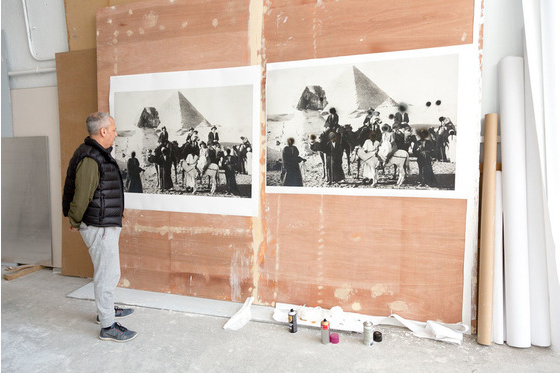 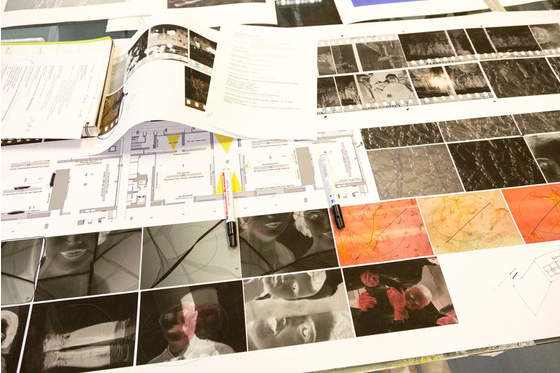 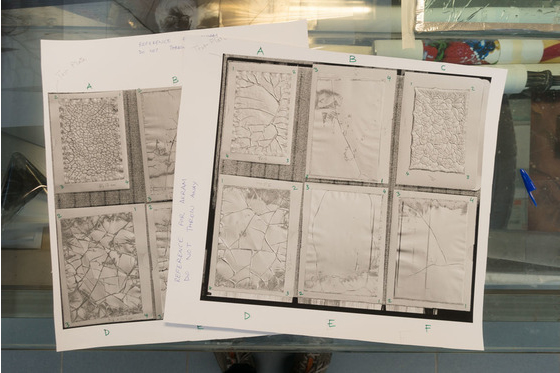 Photos of plates for prints 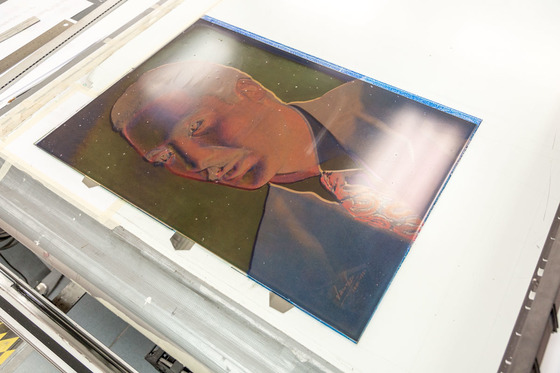 Factum Arte also printed a number of images on glass including a large glass plate titled Archeology, which recreates, in a much larger scale, an eroded glass plate made by Tripoli-based photographer Antranick Anouchian representing a naked athlete. 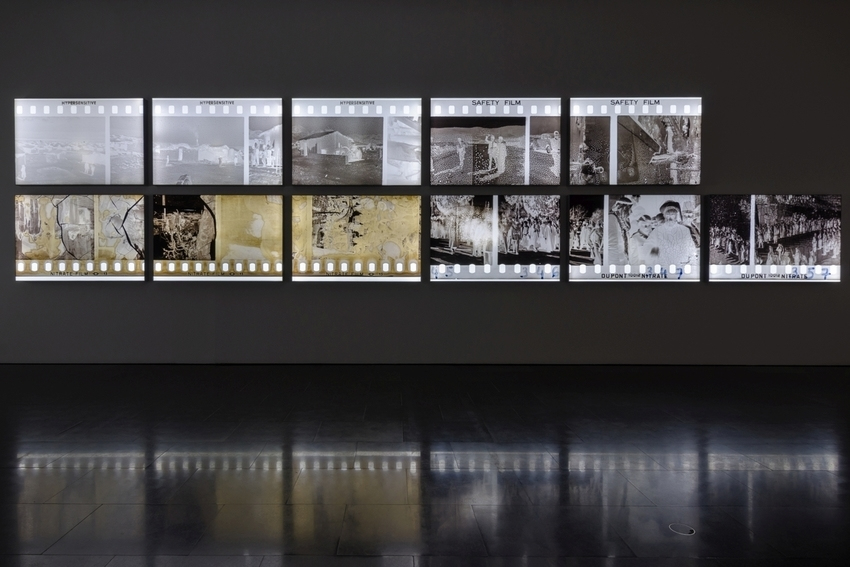 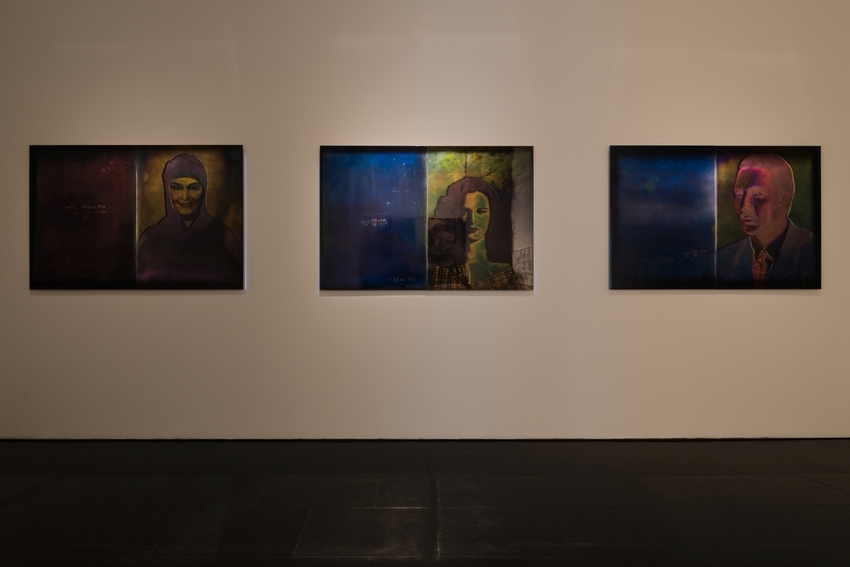