THE RECORDING AND DIGITAL RECONSTRUCTION OF AL-IDRISI'S WORLD MAP

One of the best-preserved copies of the Entertainment for those wanting to travel the world, also known as the Book of Roger, is held by the Bodleian Library in Oxford. Copied in Cairo in 1553, it contains not only the 70 regional maps but also a round world-map, now thought to be based on an earlier, 11th-century Islamic source.

In July 2017, Factum Arte photographed the Bodleian’s copy of the Entertainment. High-resolution photography was used to capture every detail of the maps in the book, and X-Rite ColourChecker Passports were used to ensure that colour had been recorded correctly. 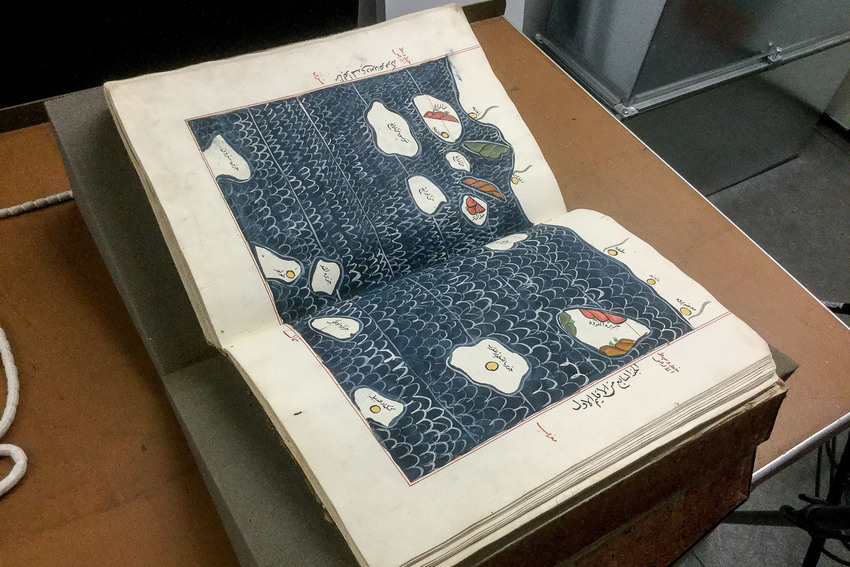 The process of transforming the photos of the Bodleian’s Entertainment into a single, circular image which could be routed onto silver was one of the most complex procedures the Factum digital team had ever undertaken, involving both painstaking research and sensitive digital artistry.

First, the images had to be colour-checked to ensure consistency across the whole group and cropped to remove the margins of the book. 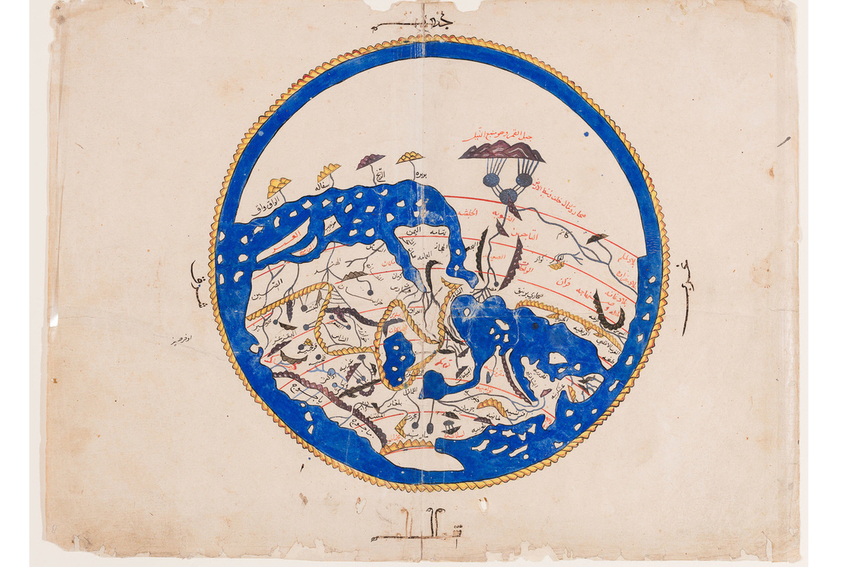 The 70 regional maps were then placed alongside one another to create a single continuous world map. As the edges of each page did not align precisely with the pages surrounding it, mismatched features such as mountain ranges and rivers had to be adjusted to create continuity from one map to the next. 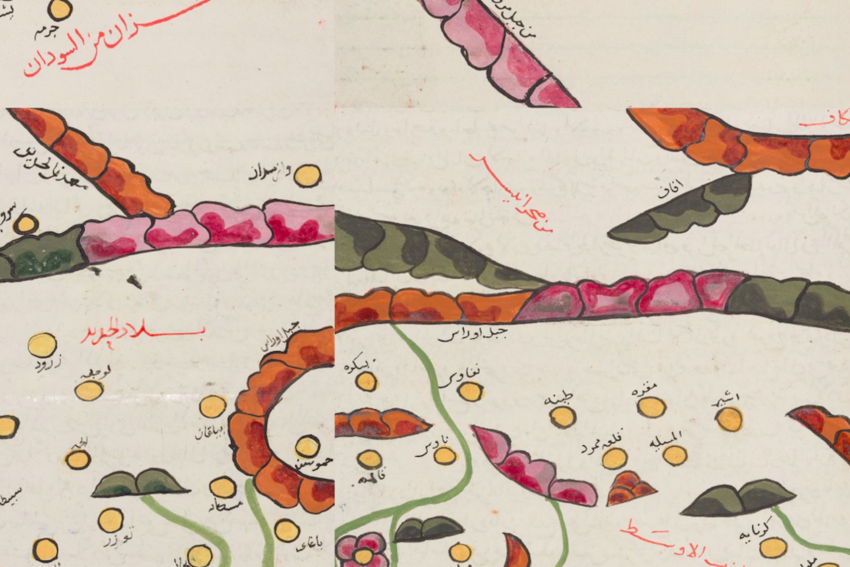 The composite map is rectangular, showing the Afro-Eurasian landmass with the North- and East-African coastlines at the top and Eurasia at the bottom.

The rectangular map was then distorted to fit a circular frame, with Mecca at the central point of the circle.

One of the difficulties which arose when changing the shape of the map was that the Arabic place-names were distorted. In order to retain these words in their original, legible form it was necessary to extract every toponym from the map and then to re-insert them in the correct locations on the modified landscape. 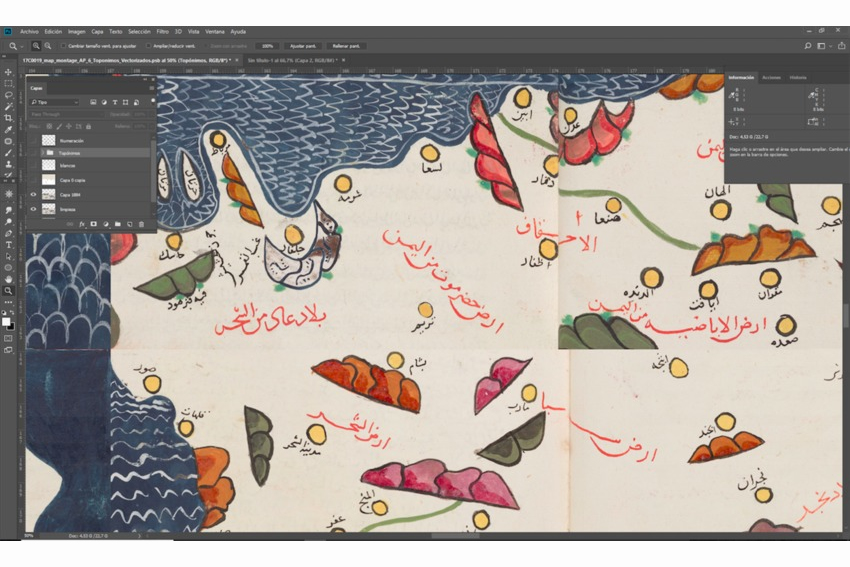 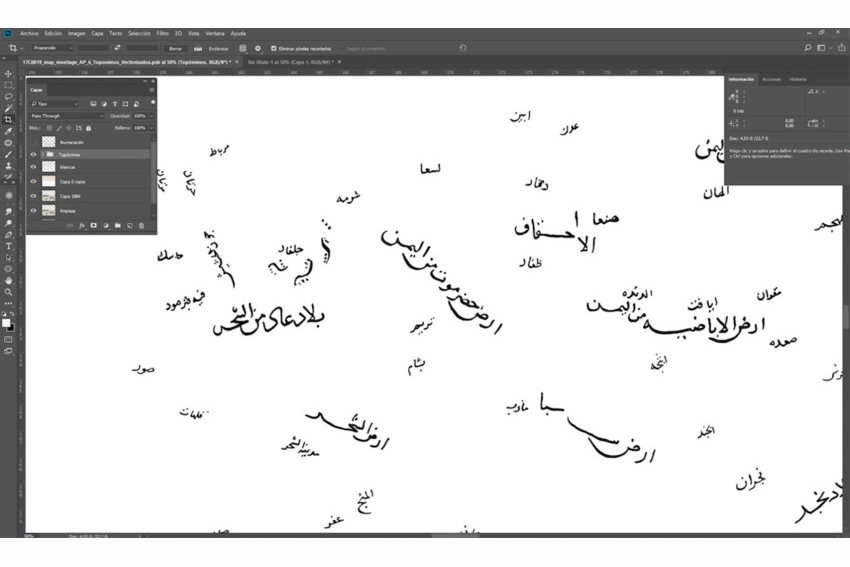 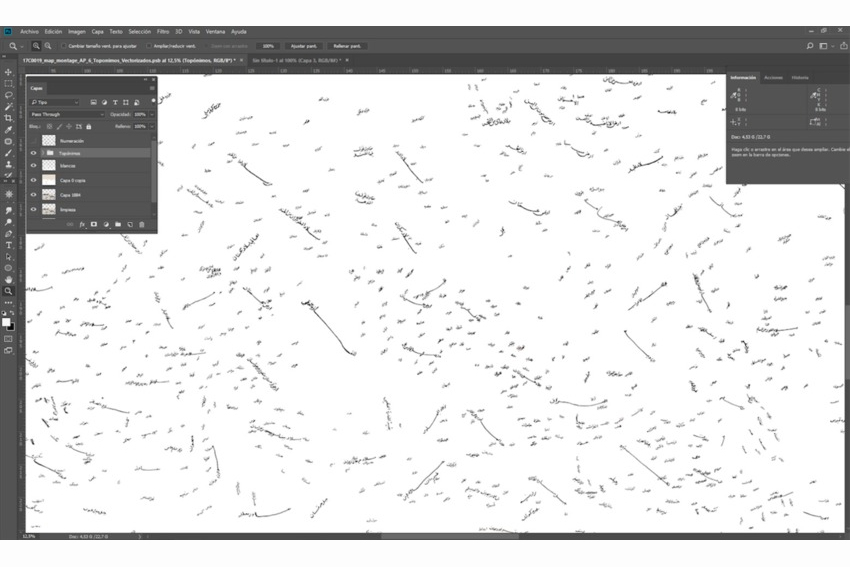 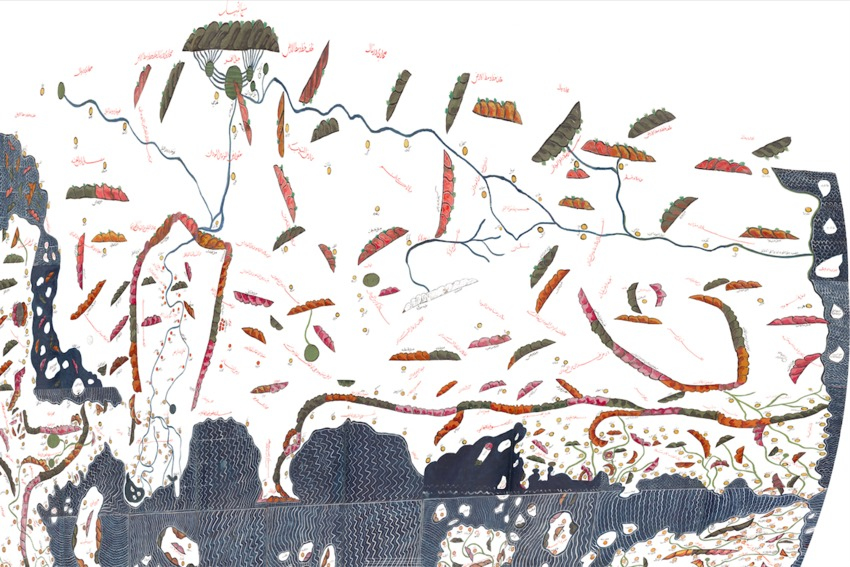 The next stage was to vectorise the circular image: to convert it from a pixelated image into a point-based one which can be used by a CNC milling machine. While computer software was able to vectorise the image semi-automatically, each line had to be readjusted manually in order to ensure fidelity to the original. Screenshot showing the vectorising process, in which every line needs to be corrected by hand © Factum Foundation Bitmap file showing a section of the Mediterranean, with Sicily towards the top of the map and Italy underneath © Factum Foundation Vectorial file showing the same section of the Mediterranean, with Sicily towards the top of the map and Italy underneath © Factum Foundation 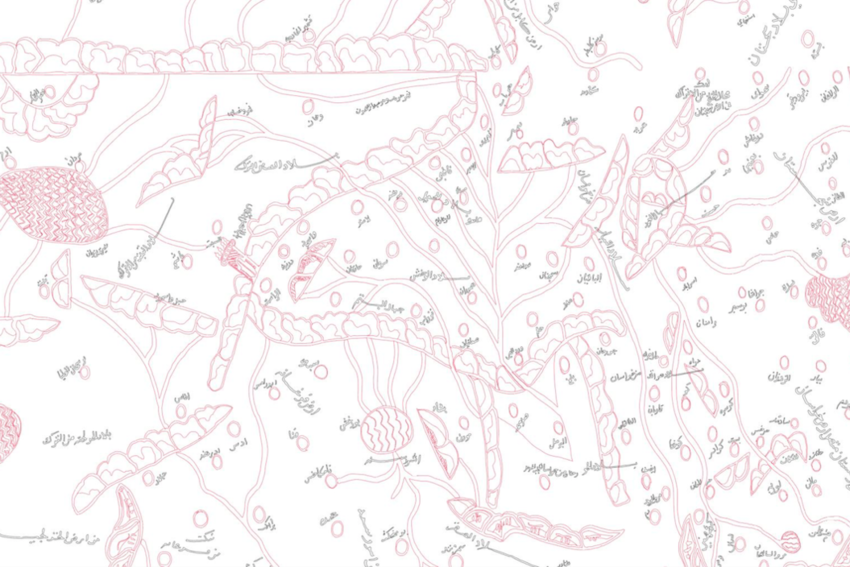 Finally, the vectorised image, the result of months of subtle and sophisticated mediation between the physical object and the possibilities of digital representation, was sent to Factum’s CNC milling team so that the finished map could be routed in silver.

Back to the main page