For many years, Hadjithomas & Joreige have collected sediment cores extracted from various sites in Paris, Beirut and Athens. These different segments of archaeological samples were arranged into sixteen sediment columns, creating new narratives and relationships between the sites. Factum Arte researched and created methods for displaying loose sediment cores vertically. 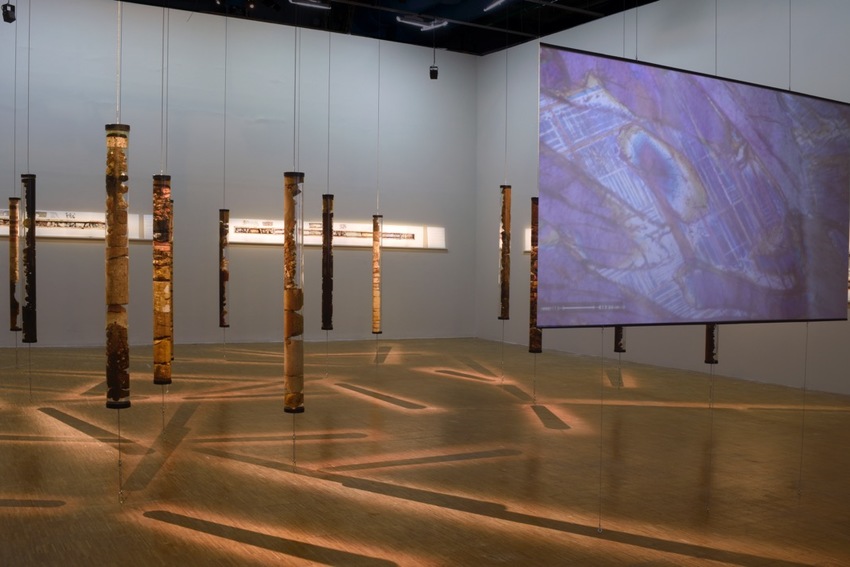 Archaeological Core exhibited at the Centre Pompidou in Paris September 2017.

The various segments were placed into semi-cylindrical moulds following the arrangement determined by the artists. Each mould was filled with resin to consolidate the pieces into a long sediment core. Once consolidated, each core was cast twice in a resin embedment, once horizontally and finally vertically. Many tests were carried out to determine the exact combination of materials and environmental conditions to cast each piece. It was finally opted to cast 3 pieces at a time in methacrylate cylinders at a low temperature to control for cracks, bubbles and shrinking resin. 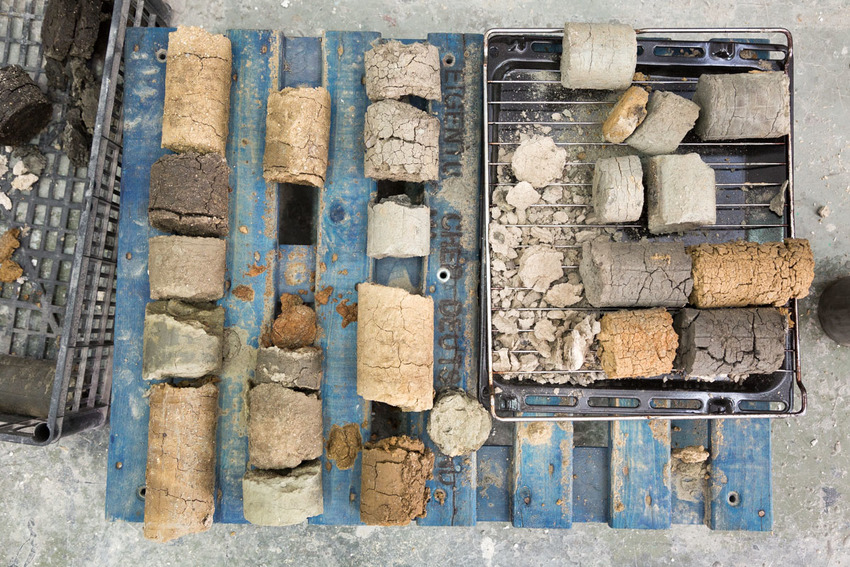 The segments were selected and arranged by the artists. 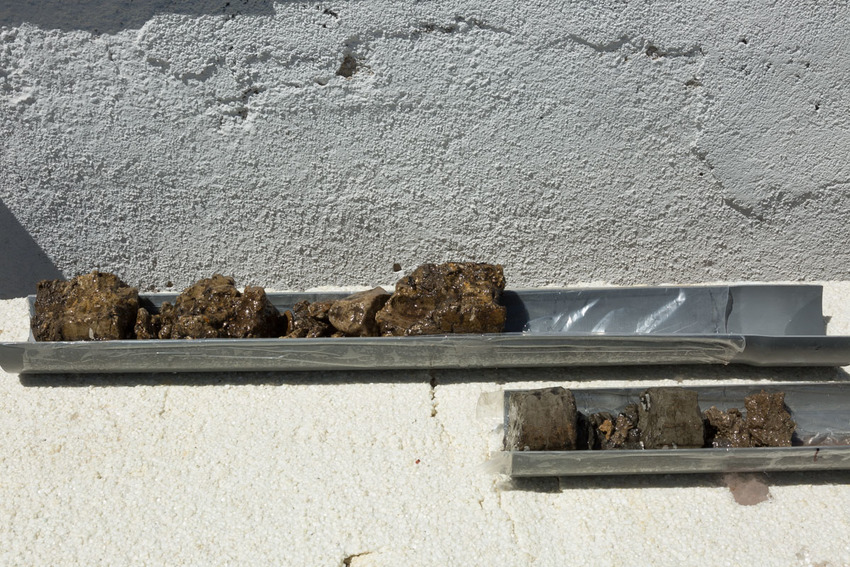 All segments were consolidated into sixteen sediment cores. 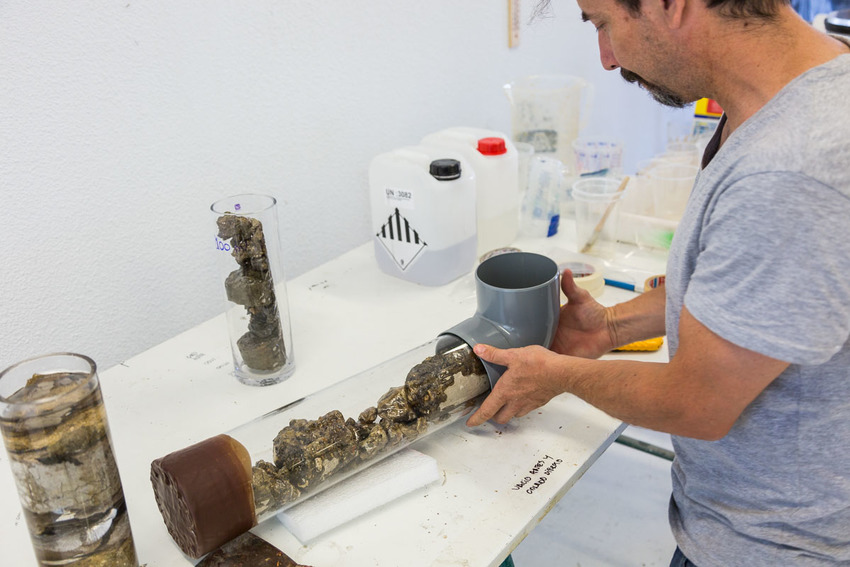 Many tests were carried out to determine the composition, temperature, and precise dimension in which to cast each sediment 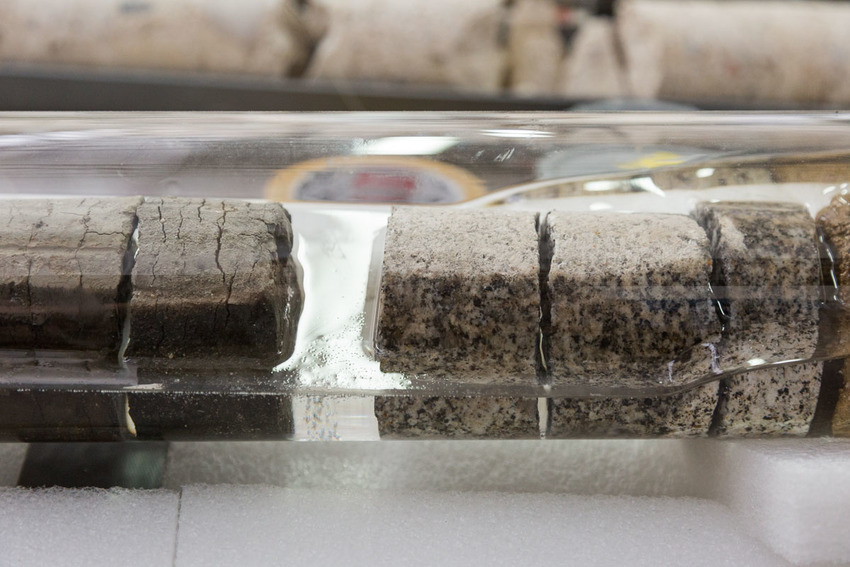 All cylinders were cast in a horizontal and vertical resin embedment 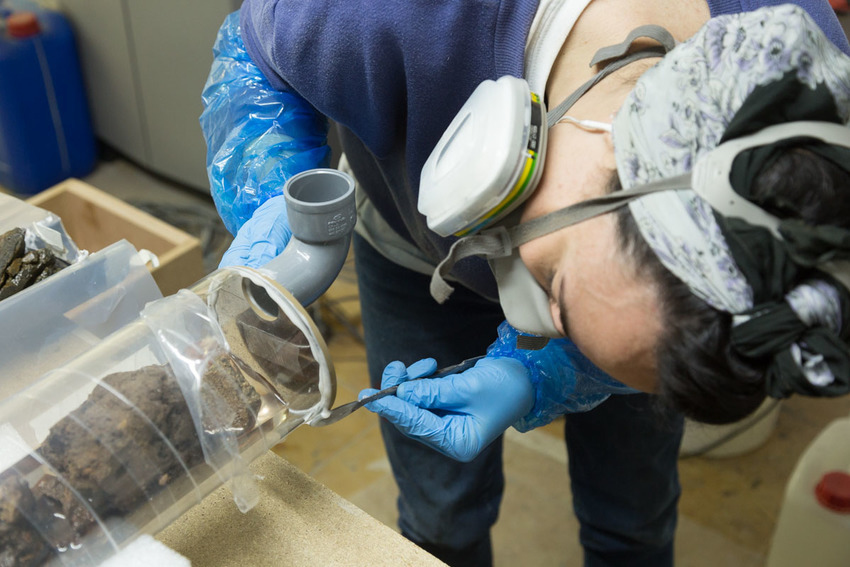 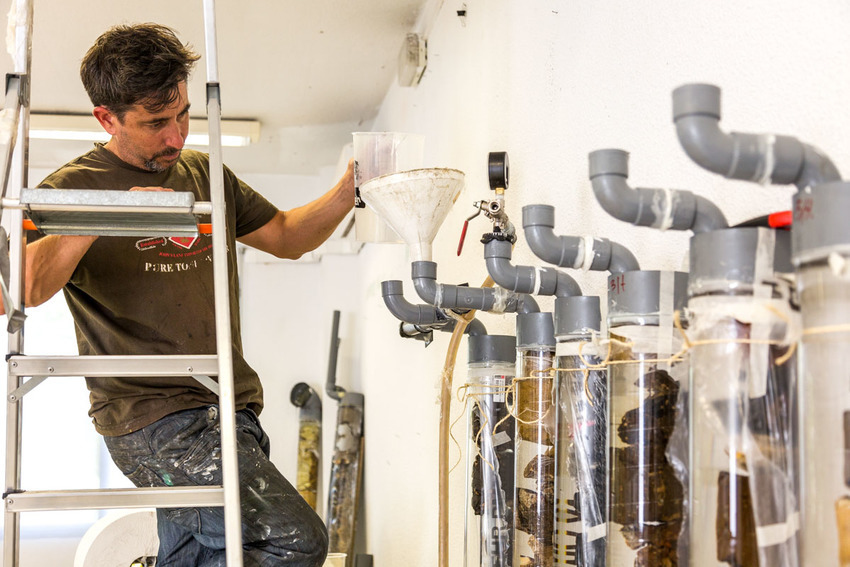 All cylinders were embeded in resin 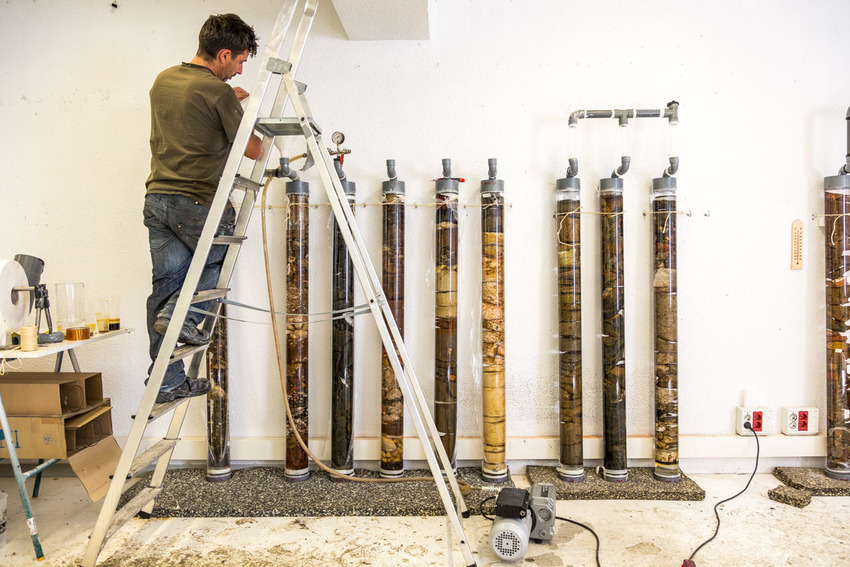 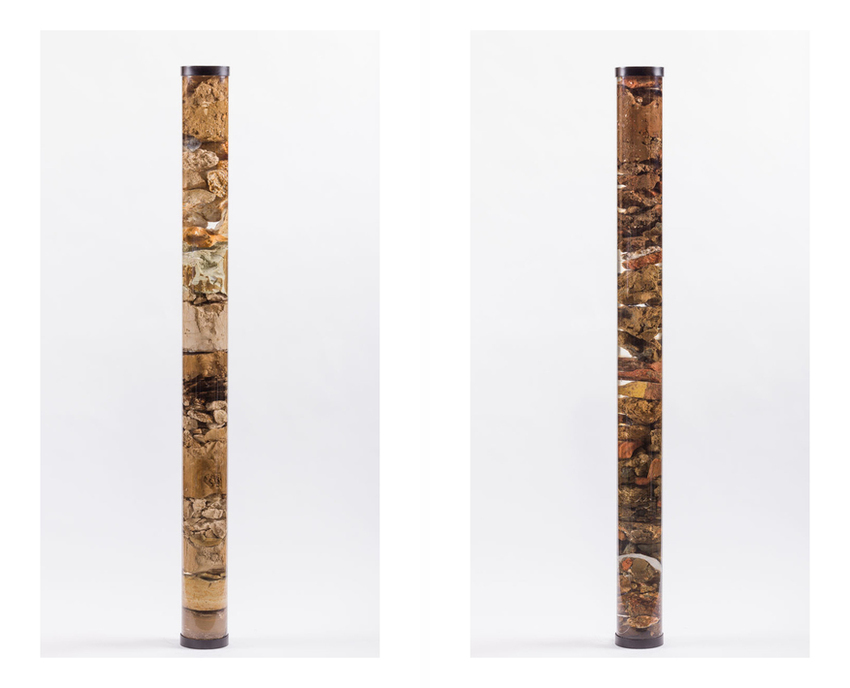 One of the various cilinders of Archeological Core 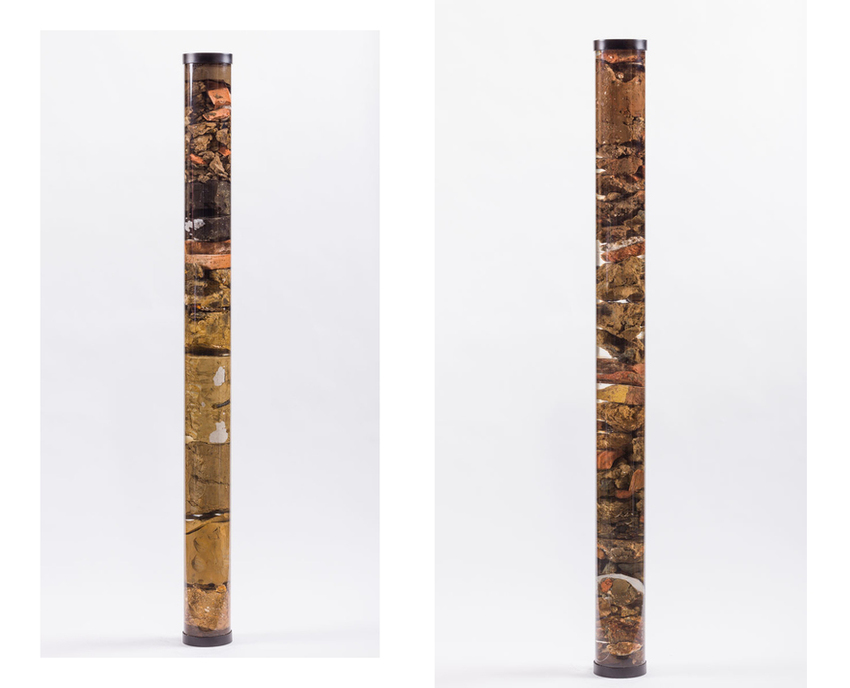 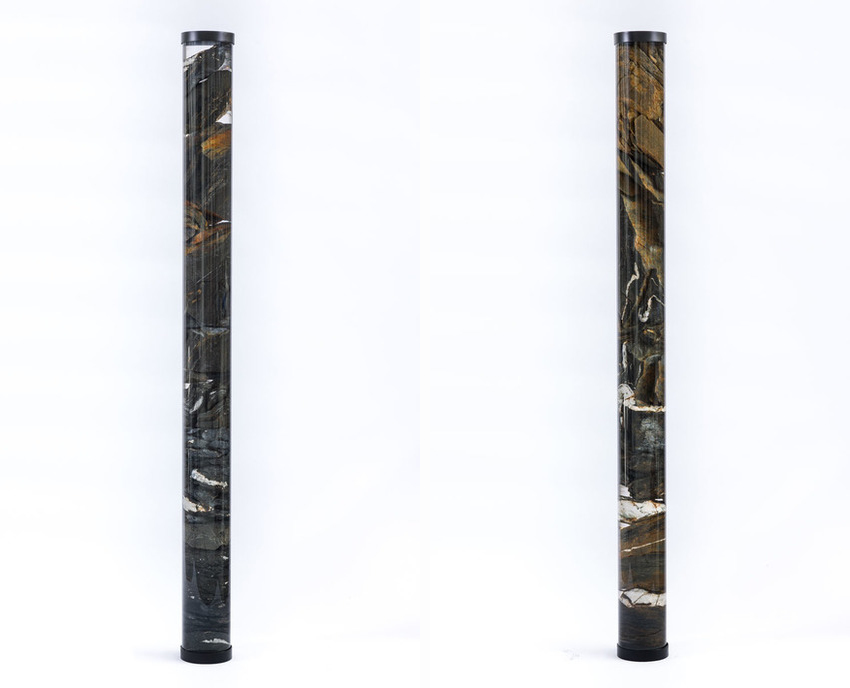 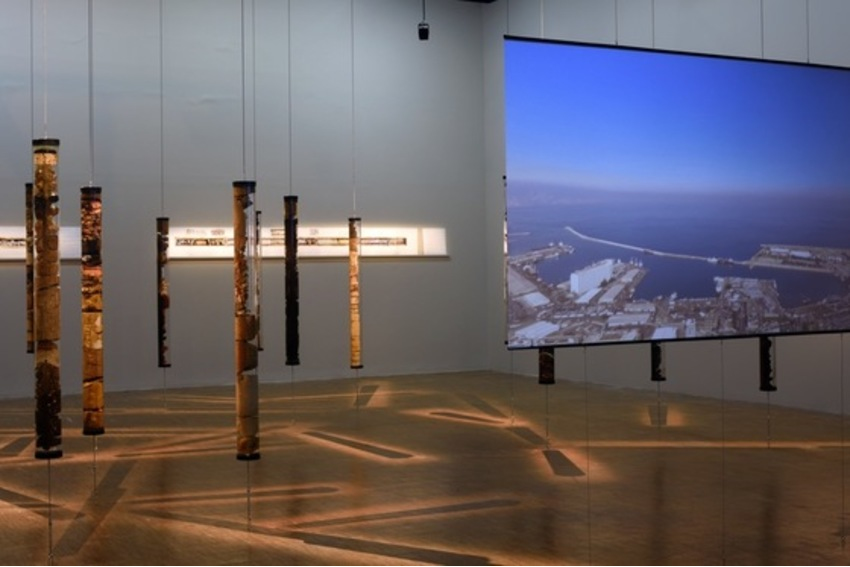 Archeological Core exhibited at the Centre Pompidou in September 2017 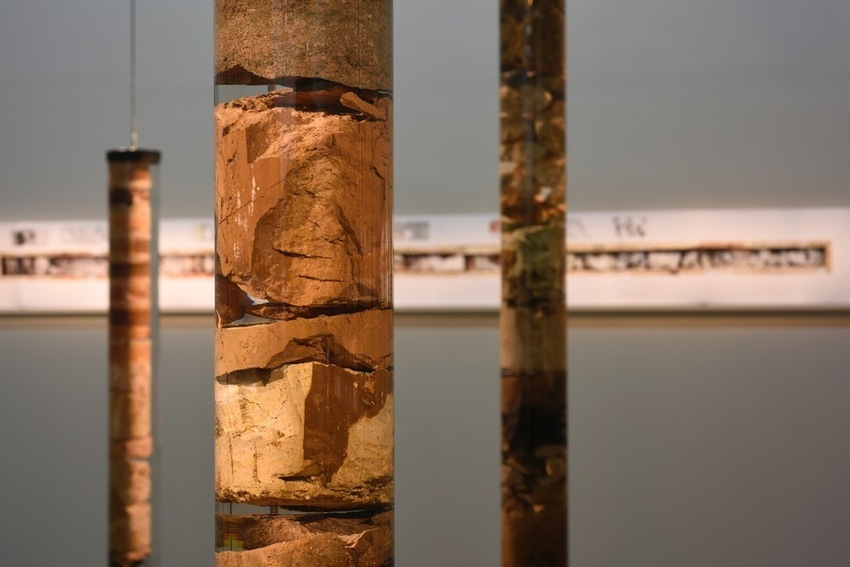 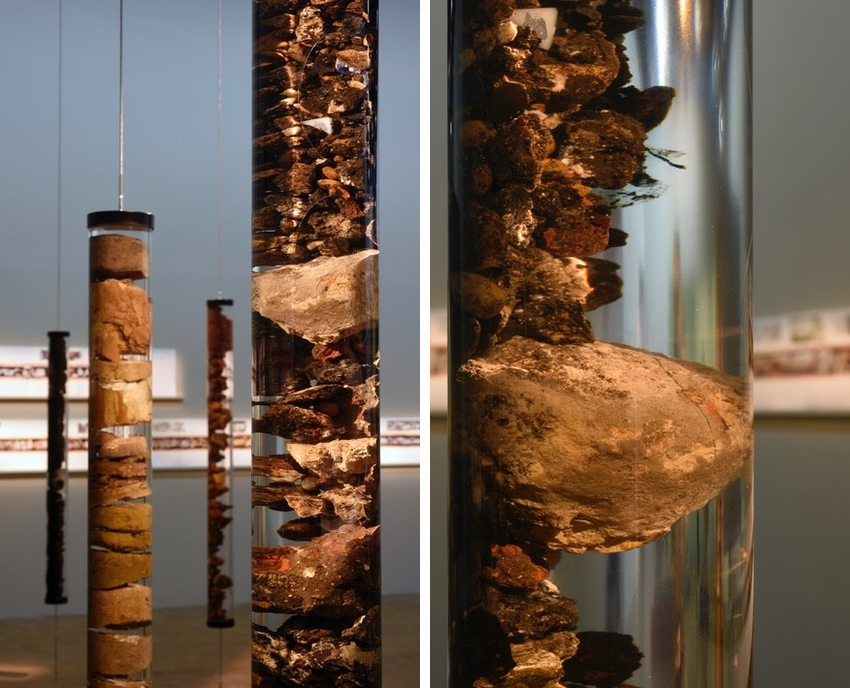