Rachid Koraichi asked Factum Arte to create a facsimile of a 12th- century wooden Christ from the Auvergne in the collection of the Musée Cluny in Paris. 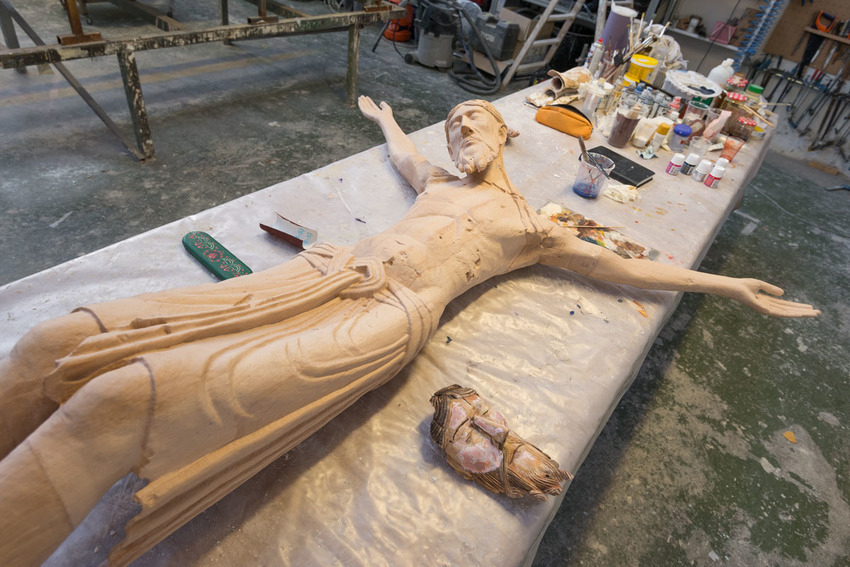 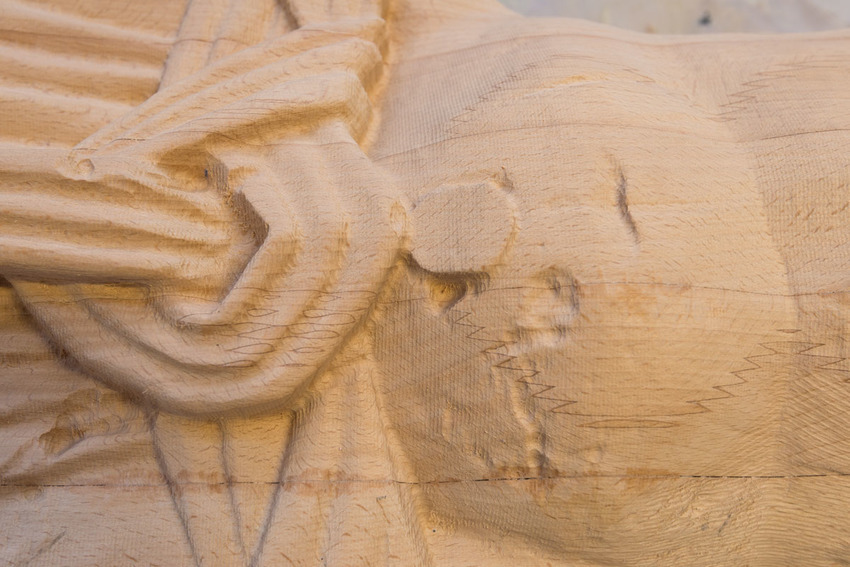 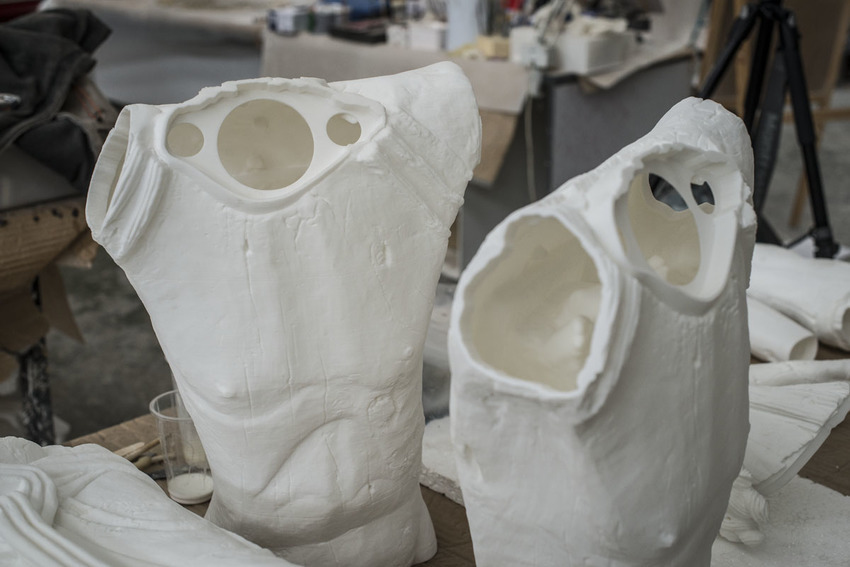 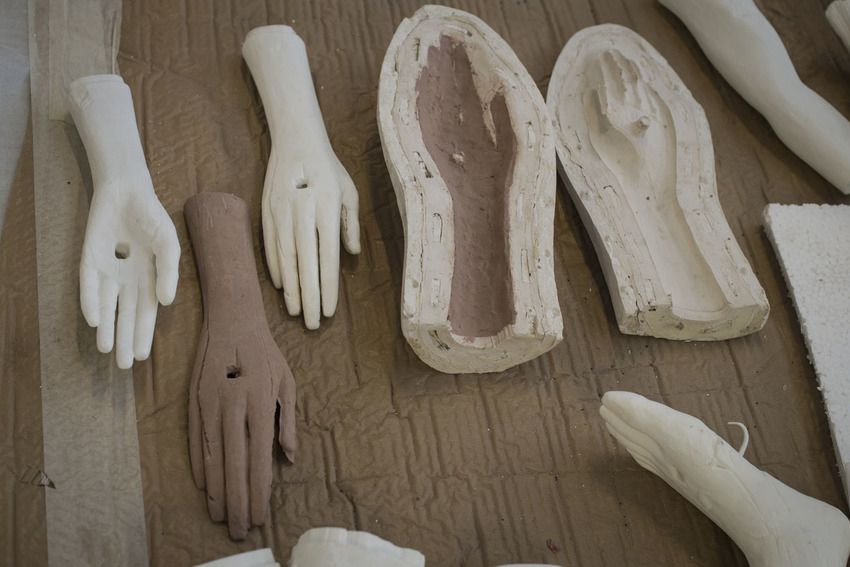 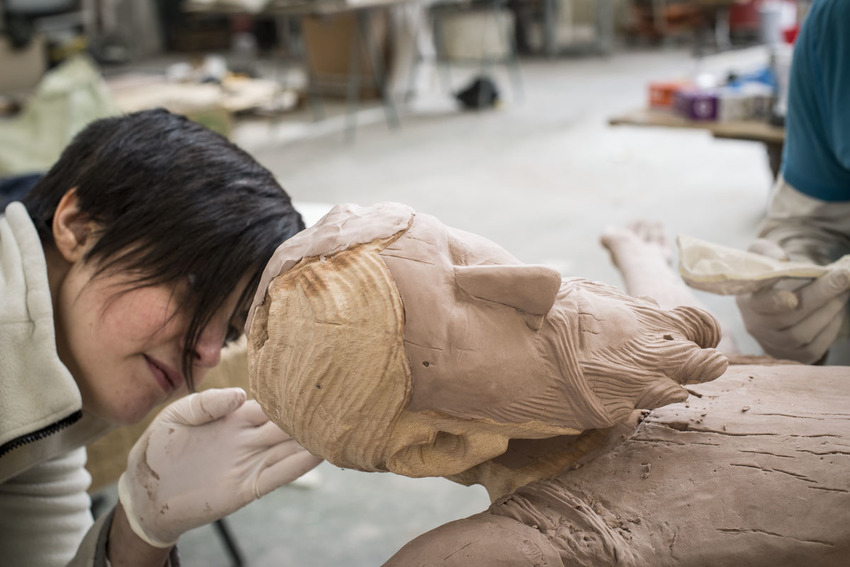 The resin moulds were fixed onto the routed beech wood 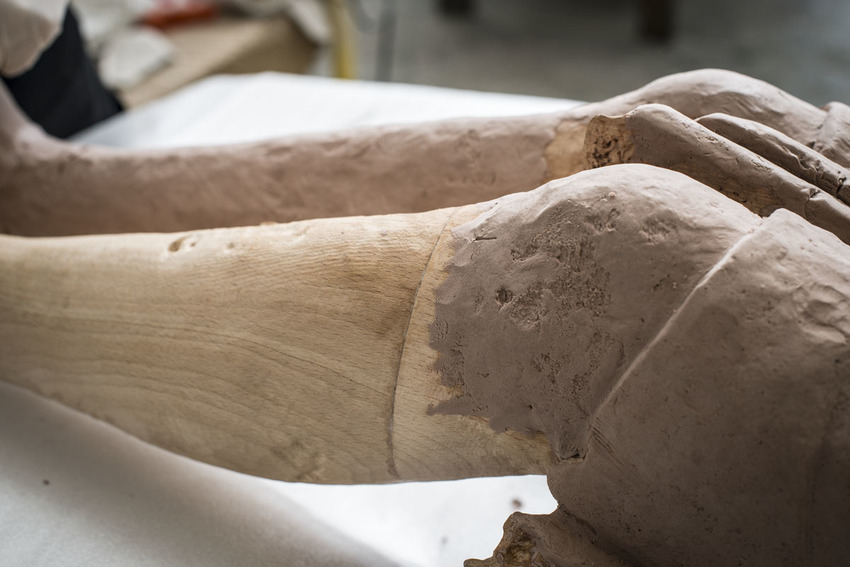 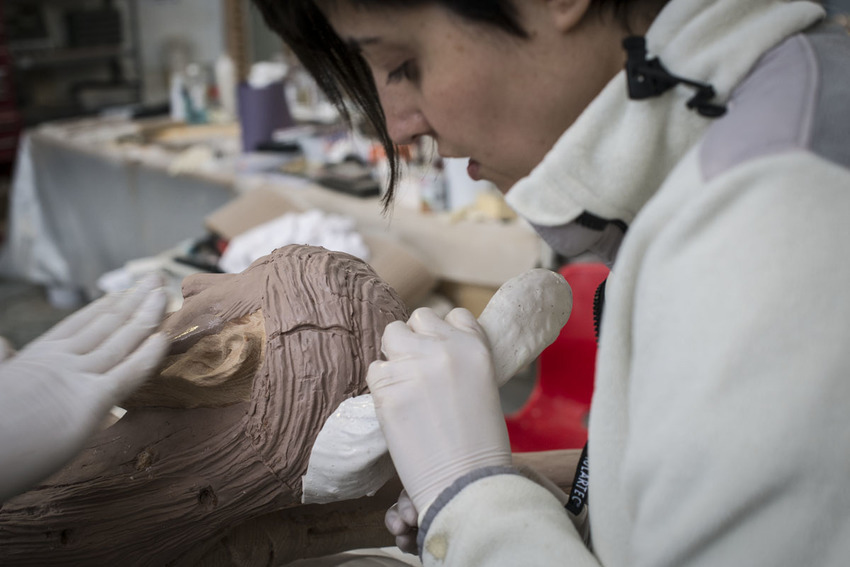 The sculpture was scanned horizontally on top of a table on October 2015 using a white-light Breuckmann 3D SmartSCAN. The files were printed using a stereolithographic 3D printer. 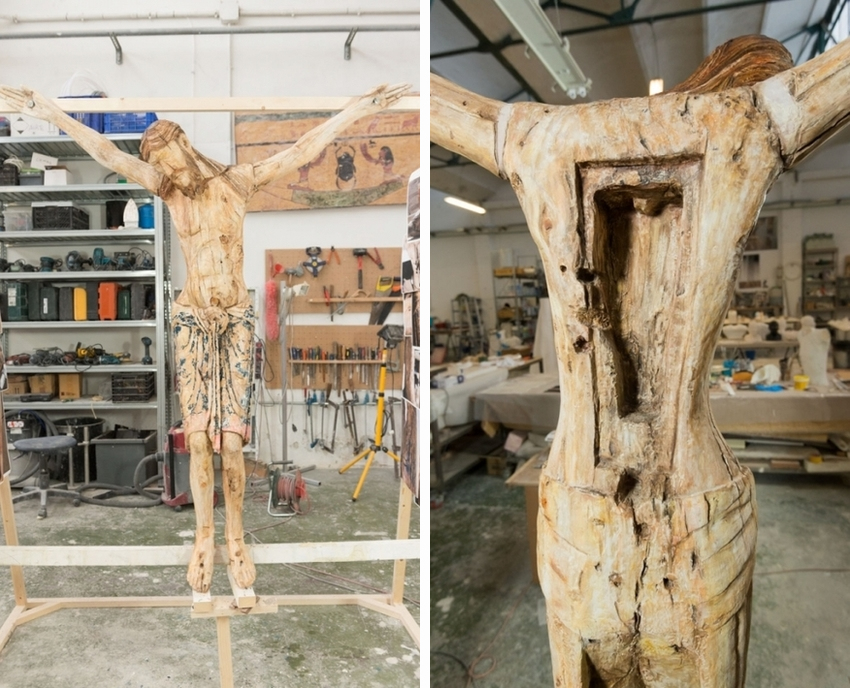 The appearance was achieved through a gradual accumulation of layers of colour, which were knocked back with layers of white 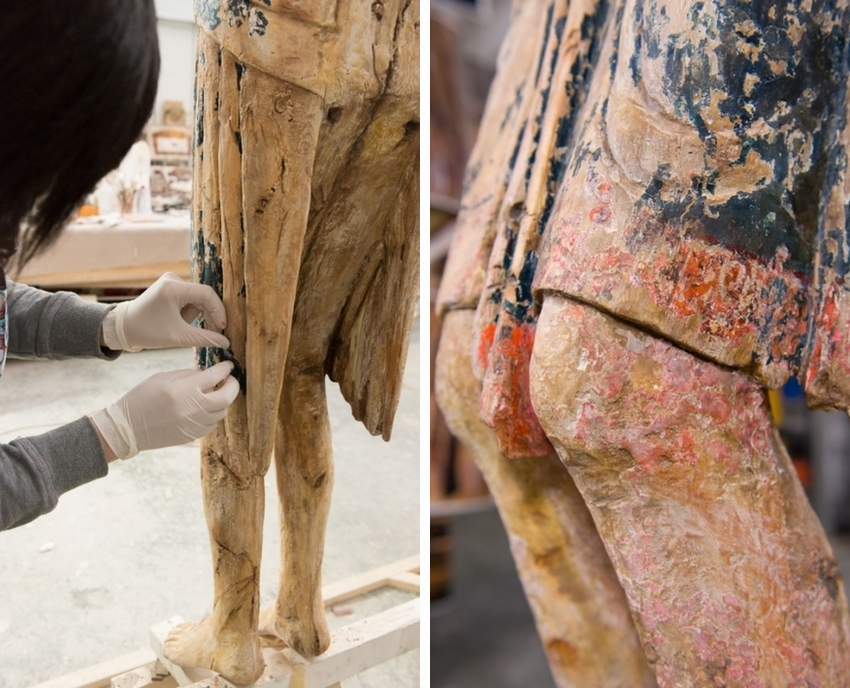 The finish was applied by hand

At the same time, the figure was routed on a 7-axis robot into a block of beech wood. The wooden carving had the shape and feel of the original while the 3D print accurately recorded the surface. This surface was treated as a skin, cast in resin designed for the restoration of wooden furniture and laid over the surface of the wood. The finish was applied by hand. The polychromed areas were obtained through an application of synthetic stucco composed of four different layers. 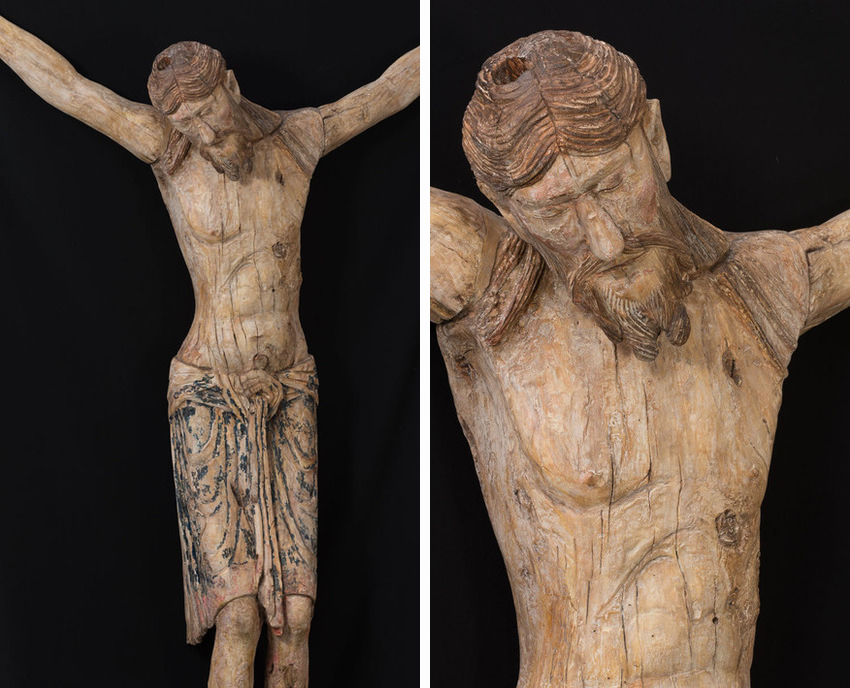 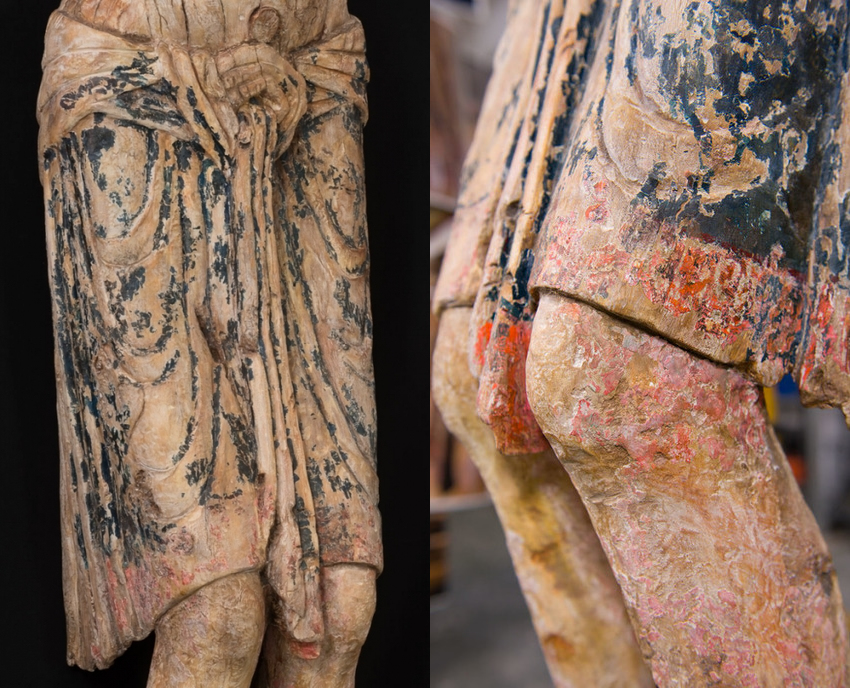 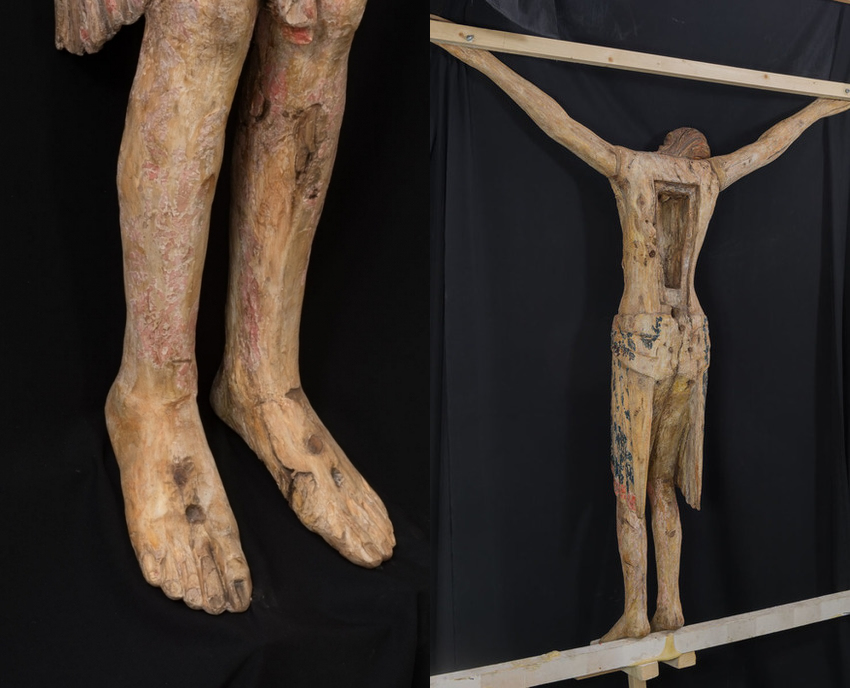