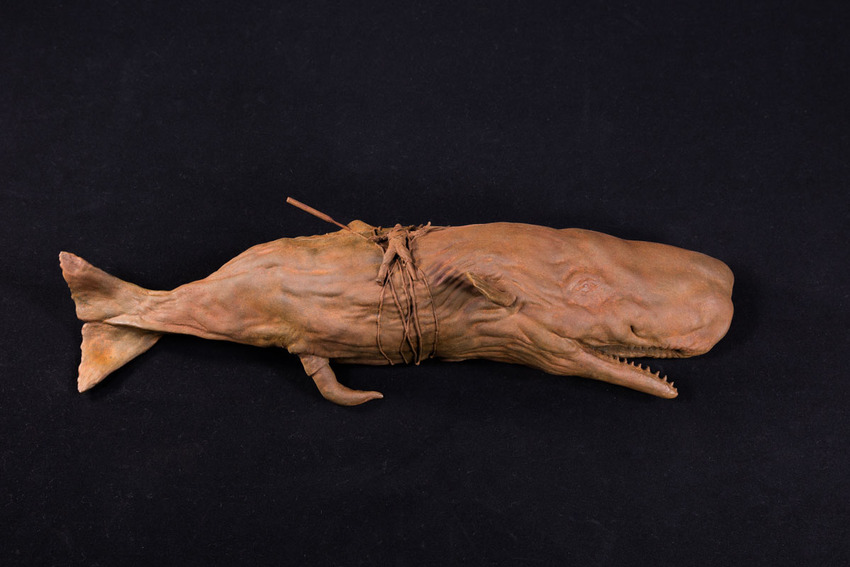 The painting The Whale Beached between Scheveningen and Katwijk, with Elegant Sightseers by Esaias van de Velde (1617) was a point of departure for the Leviathan sculptures. 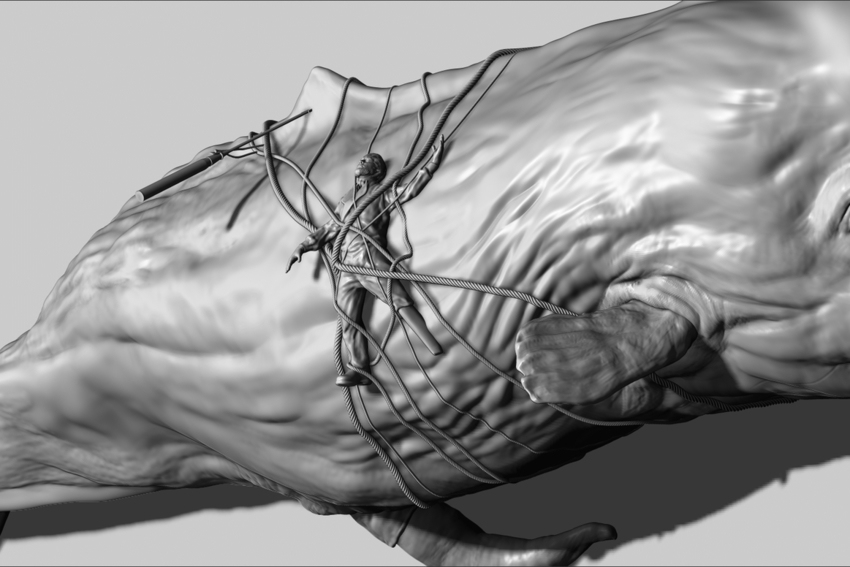 Detail of the 3D model 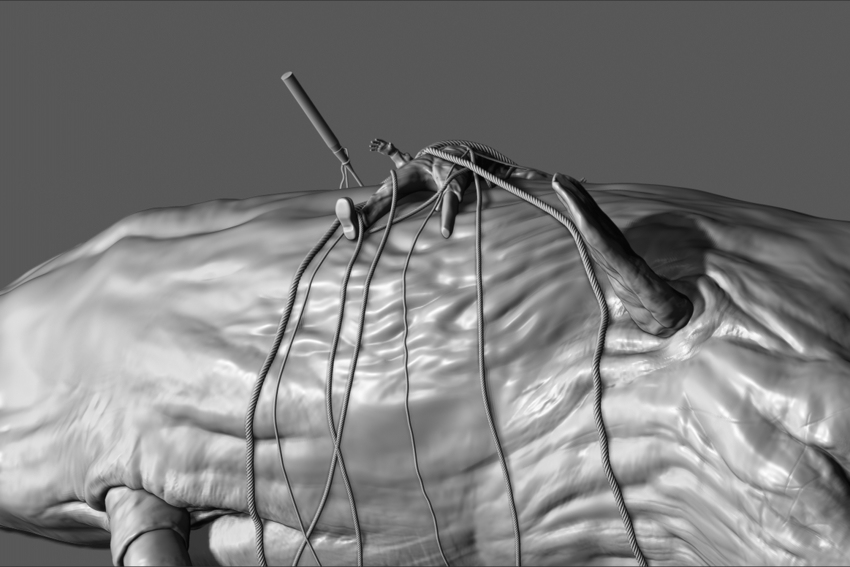 The printed 3D model served as the basis for a silicone mould, which was cast in iron-filled resin. The sculpture was coated ferric acid to obtain an aged appearance. 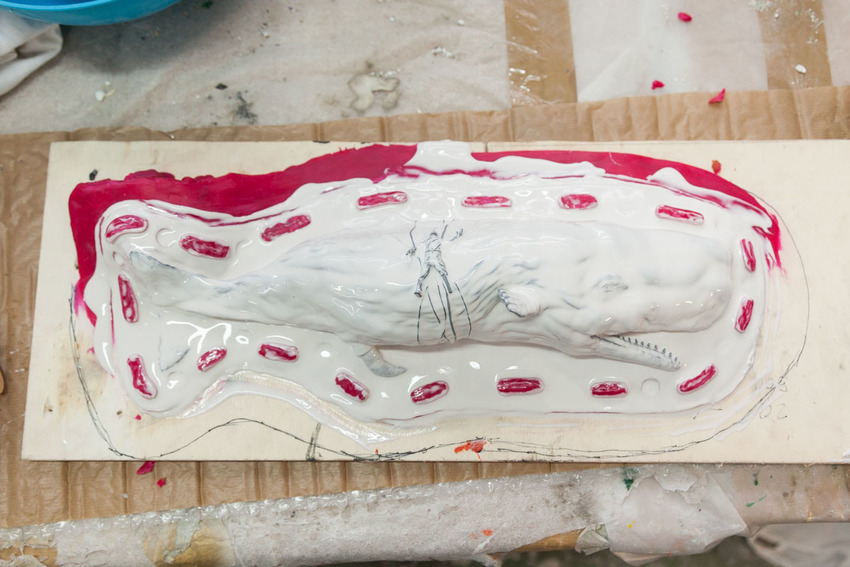 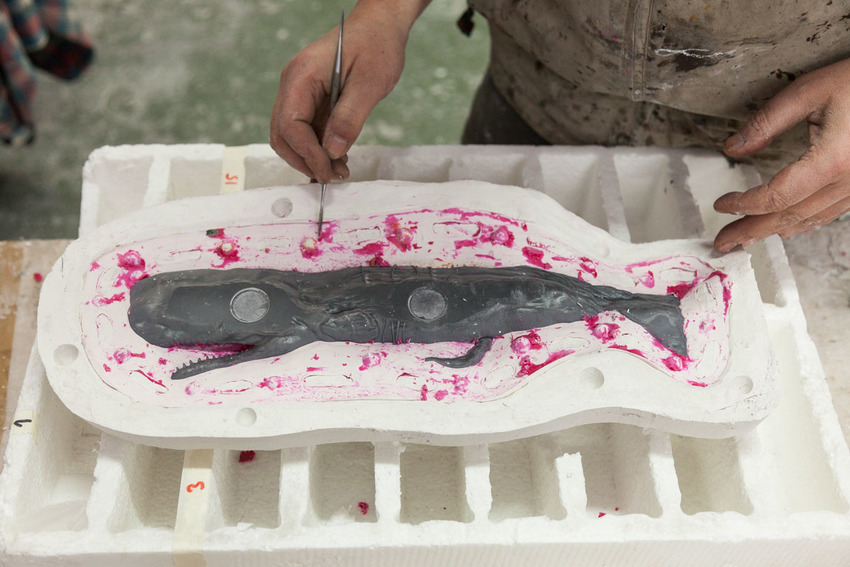 Casting the mould in iron-filled resin 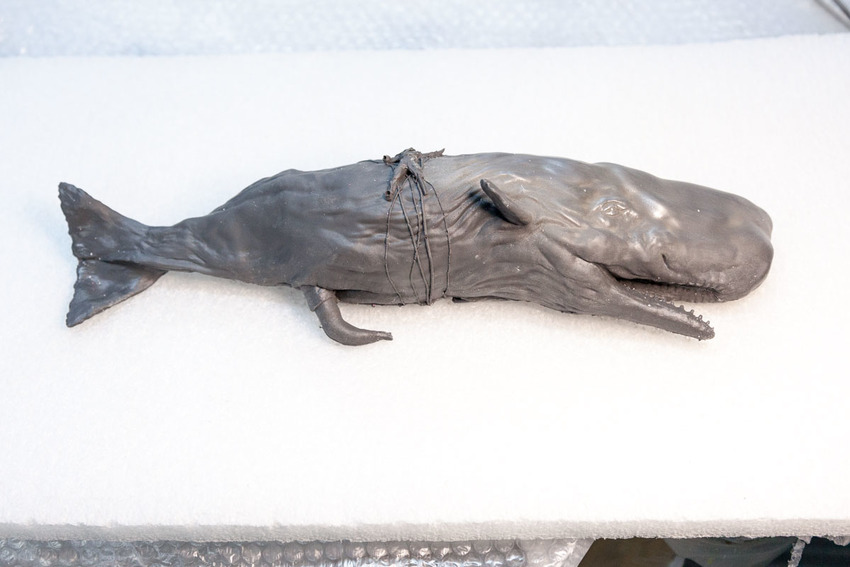 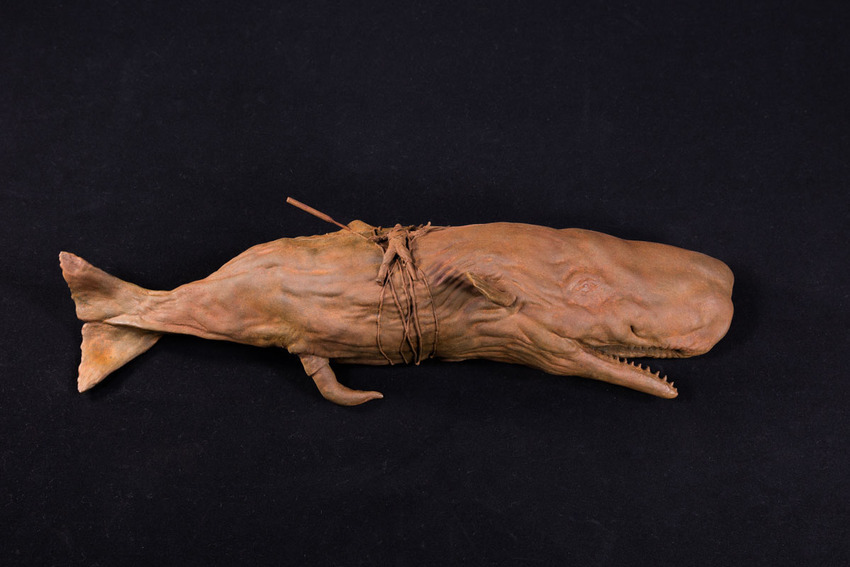 The Leviathan sculptures were coated with ferric acid 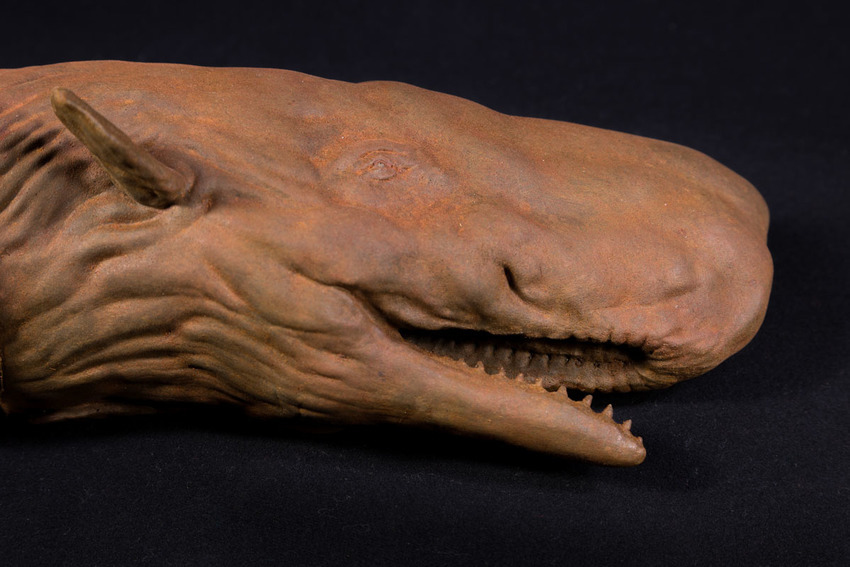 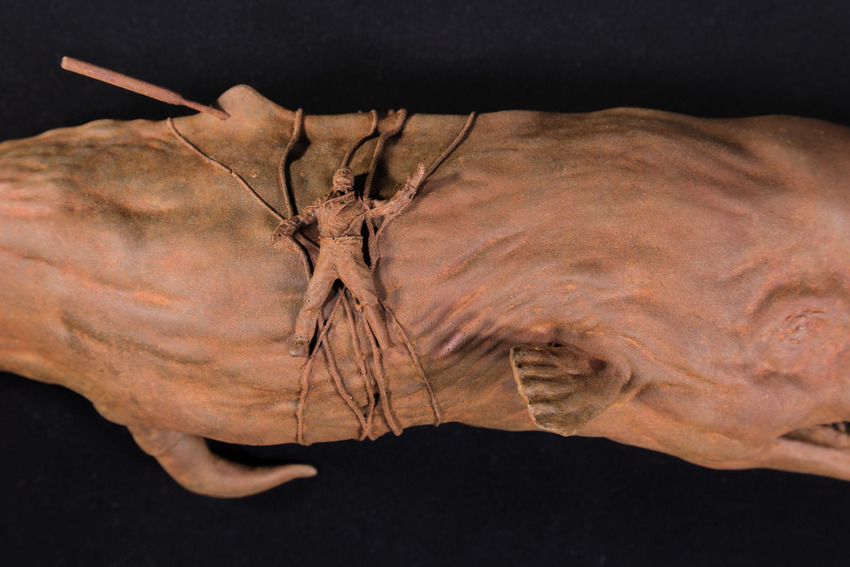