Hemisphere, a half-dome/half-helmet sculpture by Abdulnasser Gharem was completed at Factum Arte in March 2017. Hemisphere draws attention to Muslim heritage and questions contemporary Saudi culture, a central theme in the artist´s oeuvre. The green side represents the dome of the Mosque of the Prophet in Medina and the other half represents the helmet of an Islamic warrior, symbolically uniting peace and war. This large artwork, based on an earlier work by Gharem with the same title, was realised through a series of processes involving digital modeling, 3D printing and traditional techniques. 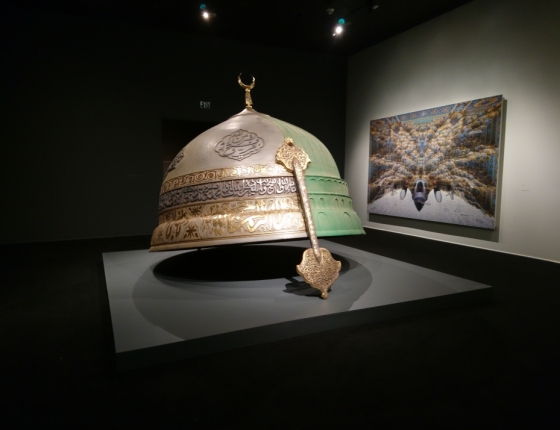 Hemisphere was materialised in sections, some of which were 3D printed others, routed and subsequently assembled on a support structure. The green half-dome representing an Islamic cupola was routed in low-density polyurethane on a 7-axis robot. The other half of the structure, representing a helmet, as well as all decorative elements in gold, were 3D printed in nine sections. Both halves were subsequently coated with filler and placed on a support of five iron rings and polyurethane foam. 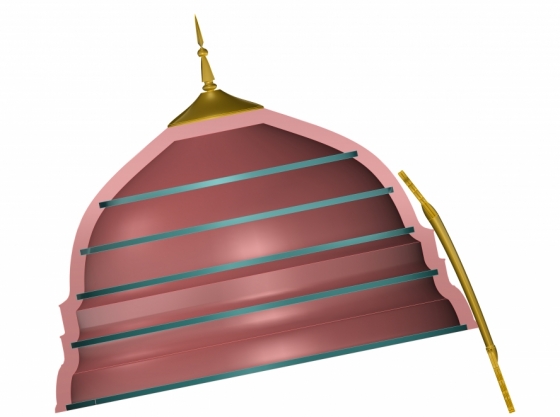 3D Model of the internal structure 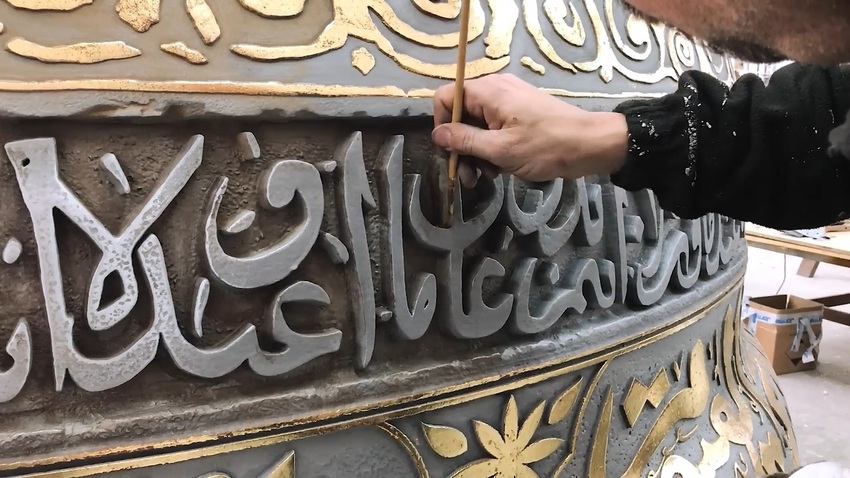 The metallic appearance of the helmet was obtained by applying a layer of metallic paint and by burnishing the surface. 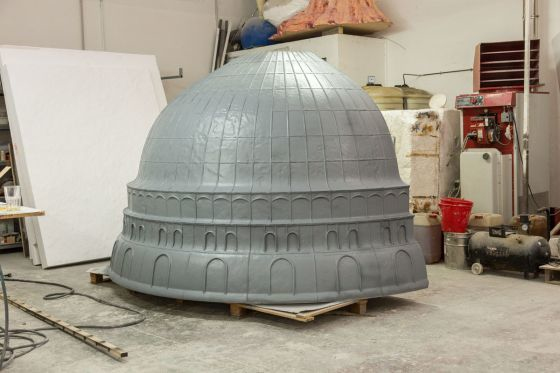 Half-dome routed in a low-density polyurethane 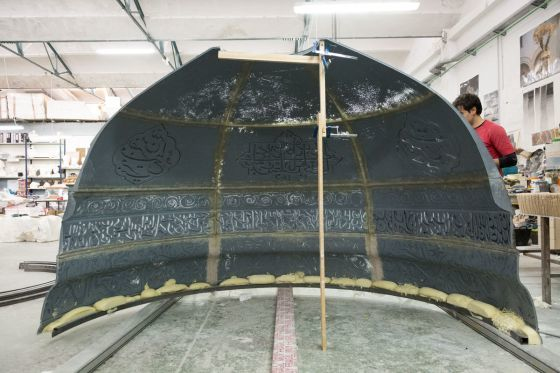 Inside of the dome

The text in gold and decorative details on the sculpture´s surface were achieved through traditional gold leaf oil-gilding, a process in which an oil-based size or "mordant" adheres the gold leaf to the surface. 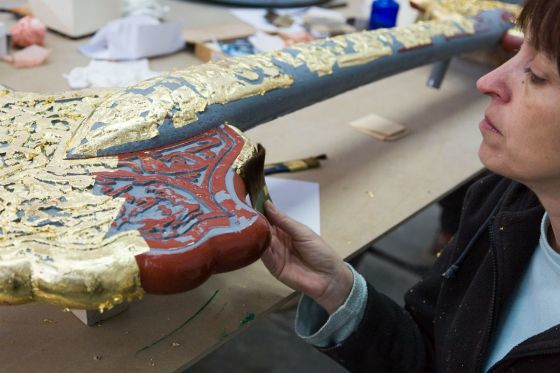 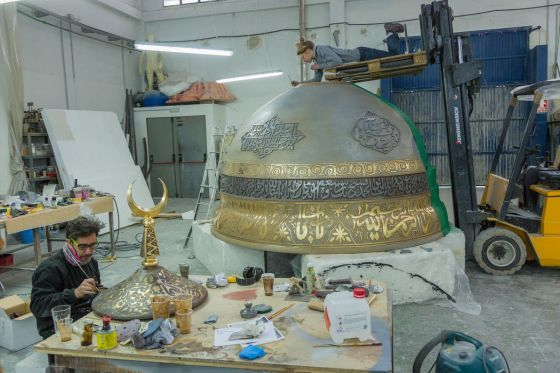 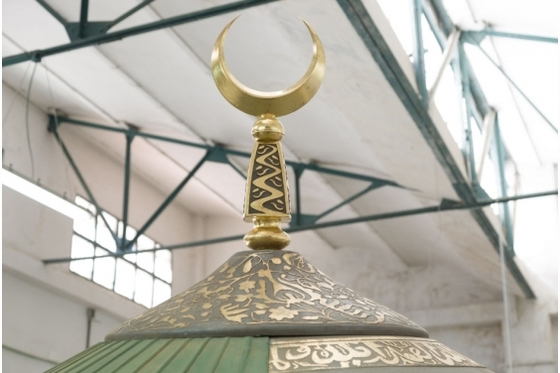 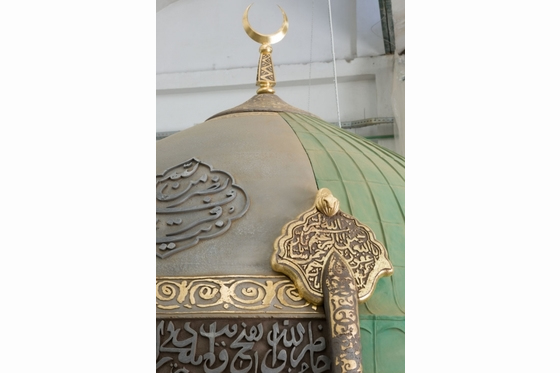 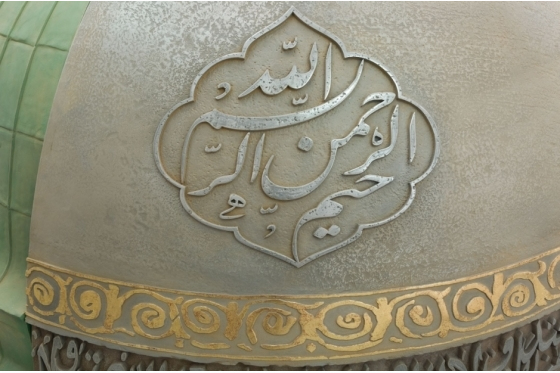 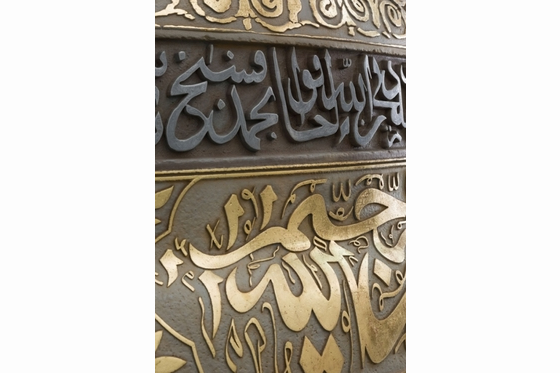 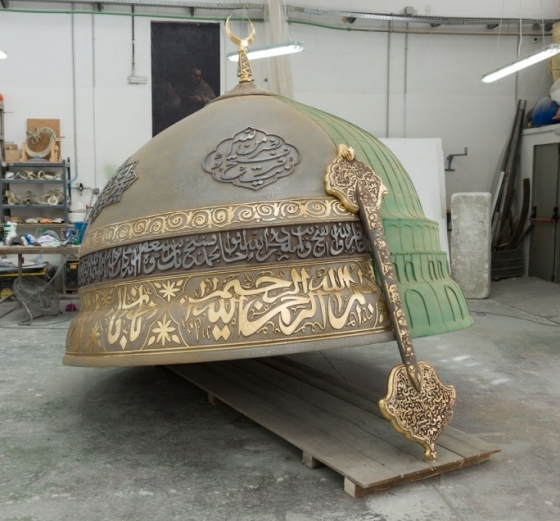 Hemisphere was on display at the Los Angeles County Museum of Art (LACMA) in an exhibition titled Pause (from April 16th - July 2nd, 2017).

The piece was also exhibited at the Sharjah Art Museum in 2018. 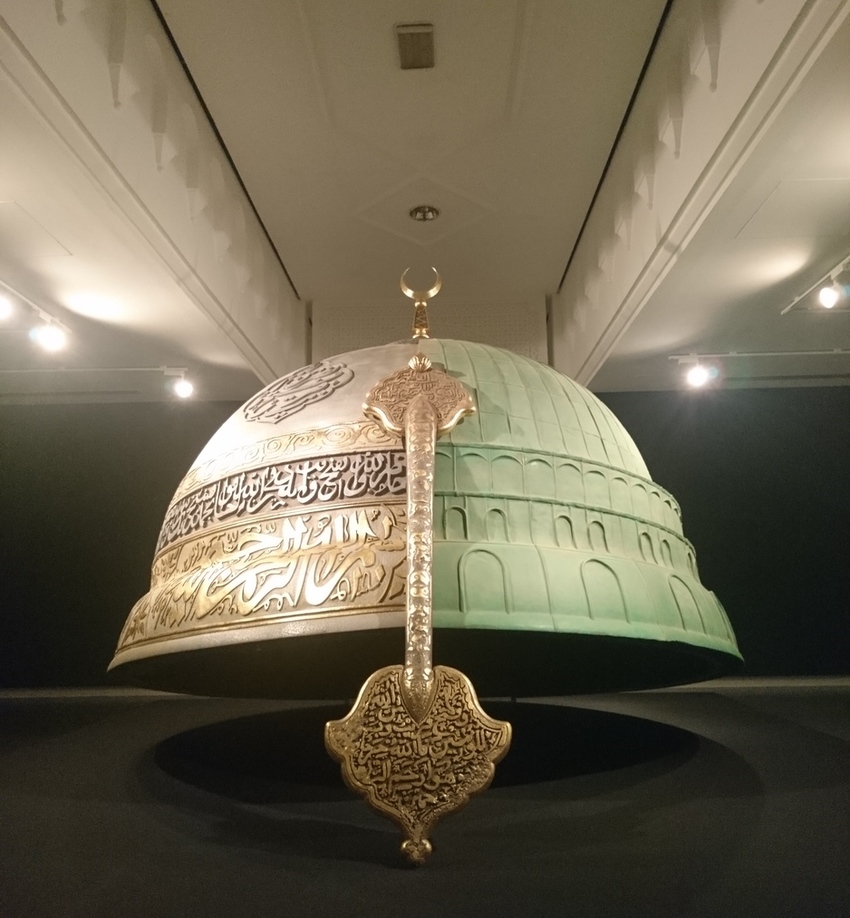 Hemisphere, presented at the Sharjah Art Museum in 2018 © Factum Arte