Shezad Dawood had already worked with Factum Arte in 2015 to produce Why Depend on Space and Time, a large-scale ¨quantum portrait¨ of American counter-culture author Robert Anton Wilson, and in May 2016, a second collaboration was established. Dawood´s new commission saw the production of two busts, made from a merge of different photographs of two chosen spiritual characters. 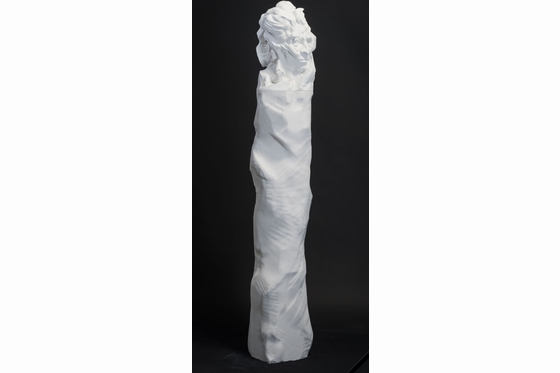 Images of the busts of both Buddhist monk Ekai Kawaguchi, and of French explorer & spiritual figure Alexandra David-Néel, were carefully selected by the artist from the internet. The images, taken from different periods of each person´s life, were sent to Factum´s 3D modeler, Irene Gaumé, who digitally fused, modeled and retouched both sets of images manually using ZBrush software - the result: unique 3D models of both figures. 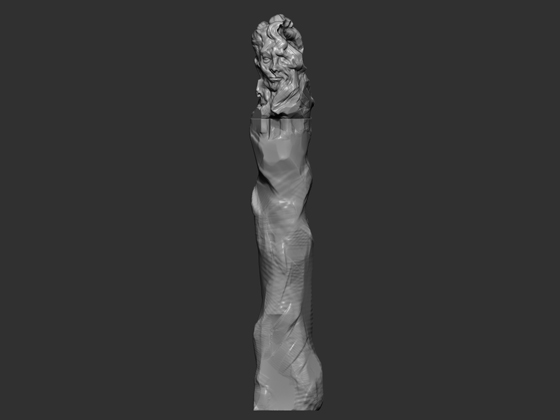 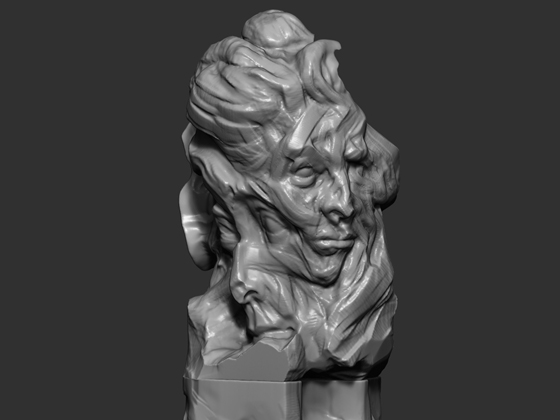 Heads and plinths of both busts underwent different materialisation processes. Because of this, each 3D model was digitally divided.

Both the Néel and Kawaguchi heads were 3D printed in polyamide. Moulds of the two 3D prints were subsequently taken and cast in bronze at the Factum Arte warehouses. Once complete, the team, led by Sebastian Beyro, painted the heads in white and covered both works in artificial snow. The artist himself helped complete this phase when he visited Factum Arte in Madrid from the 27th to the 29th July 2016. 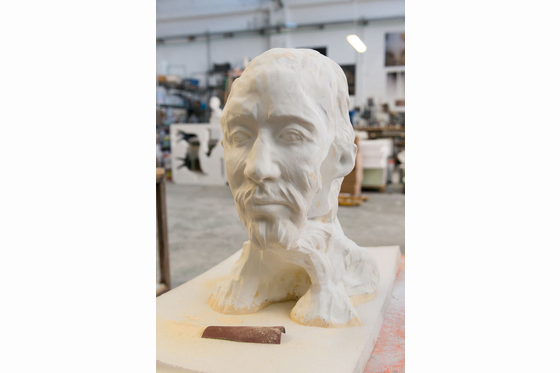 Heads of both characters were 3D printed in polyamide, moulded, cast in bronze and painted in white 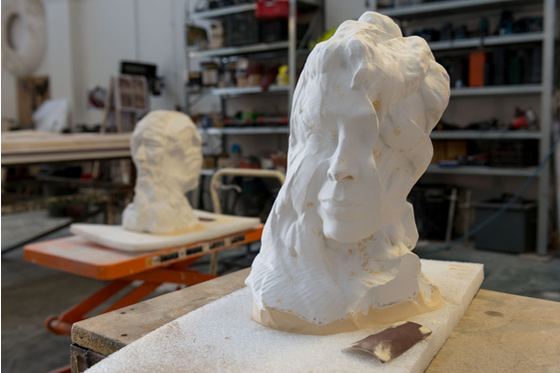 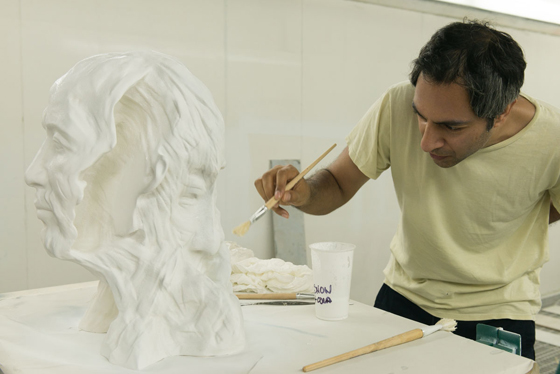 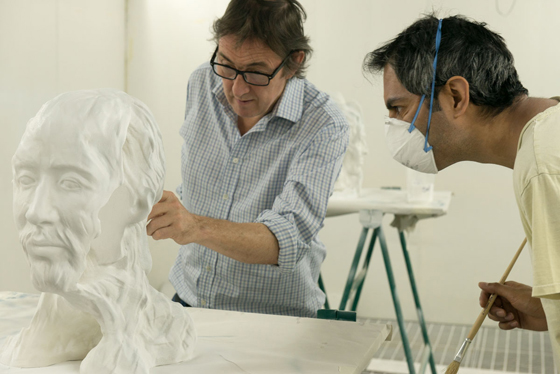 The modeled busts were first routed in polystyrene on the Kuka 7-axis robot. The milled polystyrene blocks subsequently underwent moulding and cement casting. A strengthening iron rod and wood structure was also made and integrated within the mould, in preparation for cement casting. These crucial steps were carried out by Factum Arte's Sebastian Beyro, Jose Menendez and Javier Barreno. The cement busts were then painted in white and finished with a layer of artificial snow. Once complete, the plinths and corresponding heads were slotted together and finished by hand. 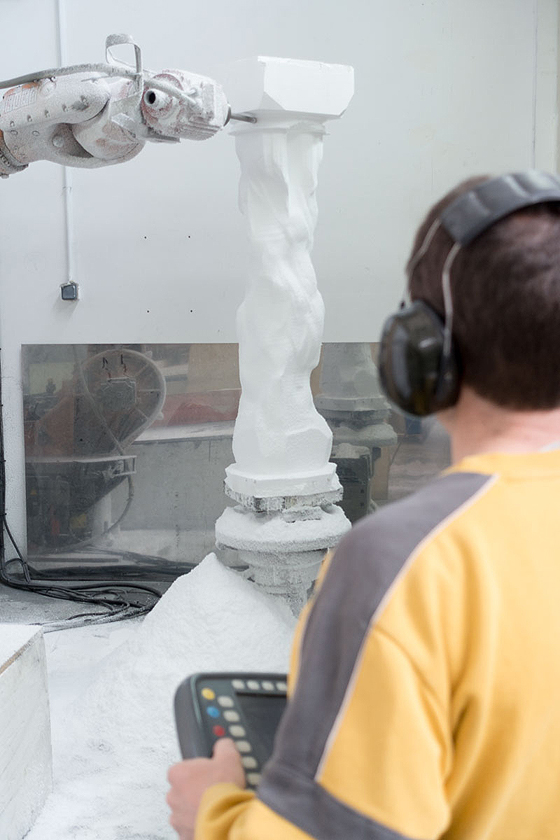 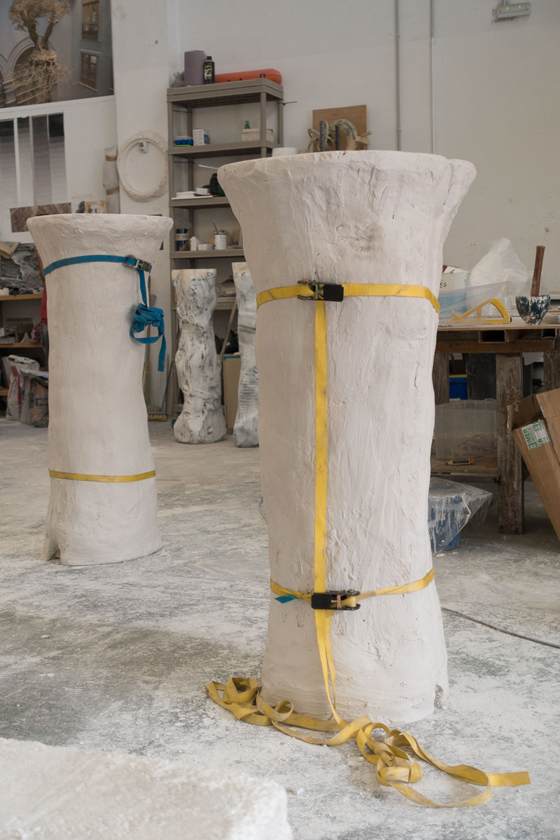 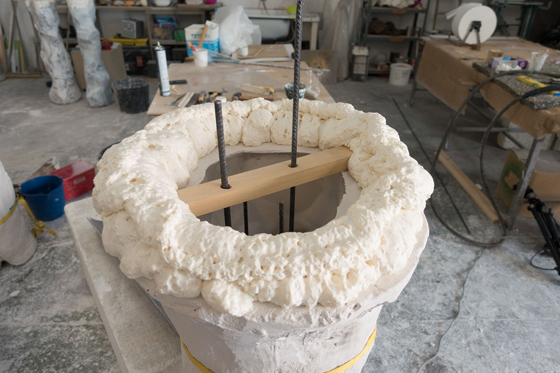 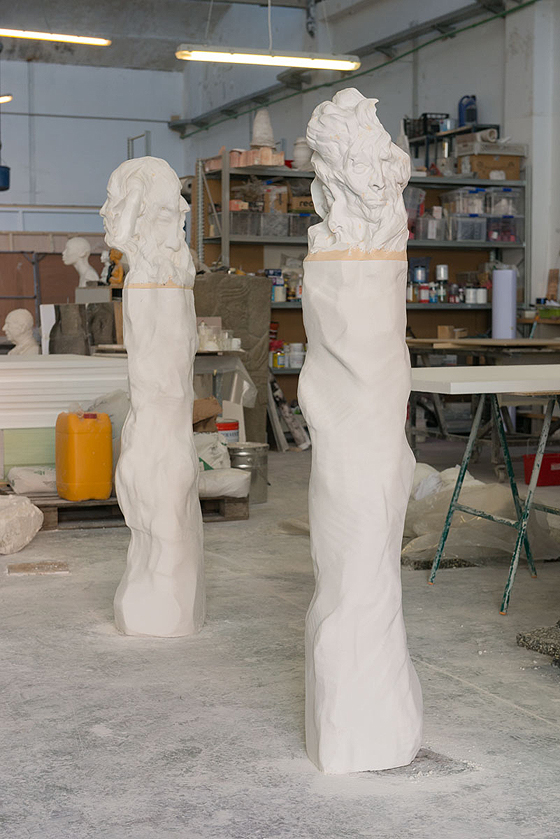 Heads and corresponding plinths fitted together, ready for finishing touches

The two busts were exhibited at Shezad Dawood´s solo exhibition at the Timothy Taylor in London from the 16th September to the 22nd October 2016. 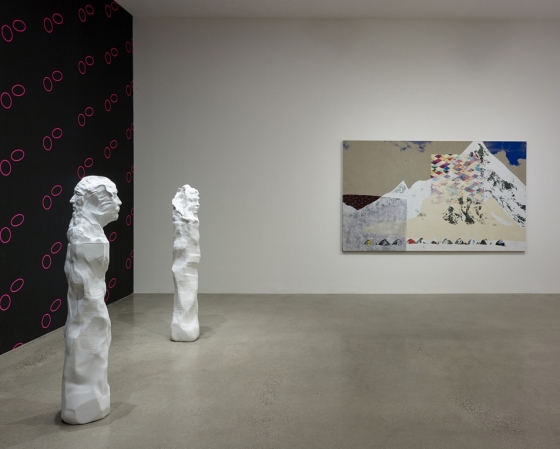