The Hebrew University of Jerusalem honored British architect Lord Norman Foster with the Scopus Award, presented by Marina Abramović in a happening at the Scopus Award Gala which took place on Tuesday 20th September 2016 at the Campus Biotech in Geneva.

The award ceremony was led by Abramović and the trophy was conceived in a collaboration between Marina Abramović, Factum Arte and renowned milliner, Stephen Jones.

The trophy consisted of a gilded bronze brain presented under a felt brain-shaped hat with optical fibre lights that are illuminated when the hat is worn. The trophy was housed in a glass bell jar on an alabaster base. 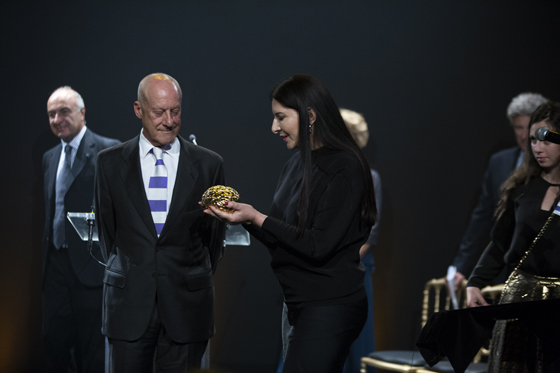 Lord Norman Foster wearing the brain-shaped hat with optical fibre lights that are illuminated when the hat is worn.
Photo © David Vexelman 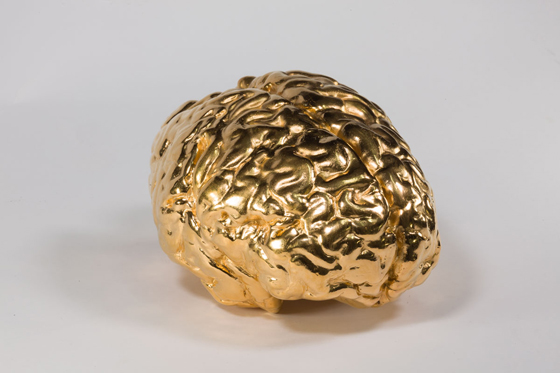 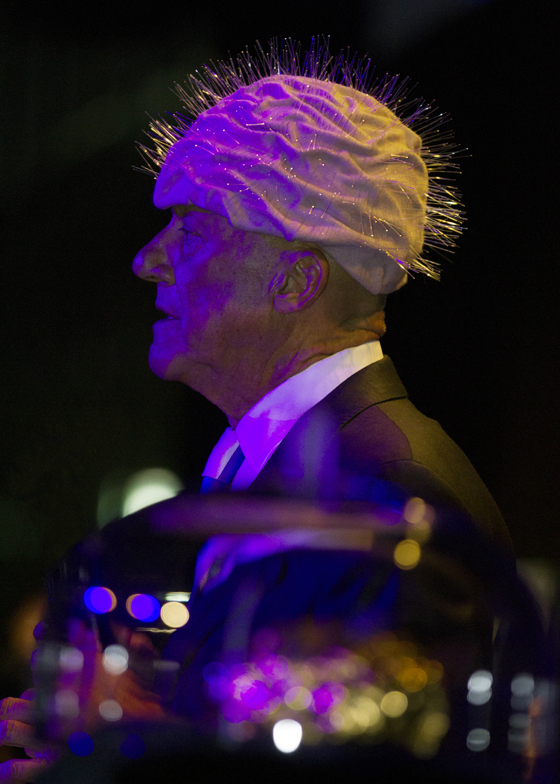 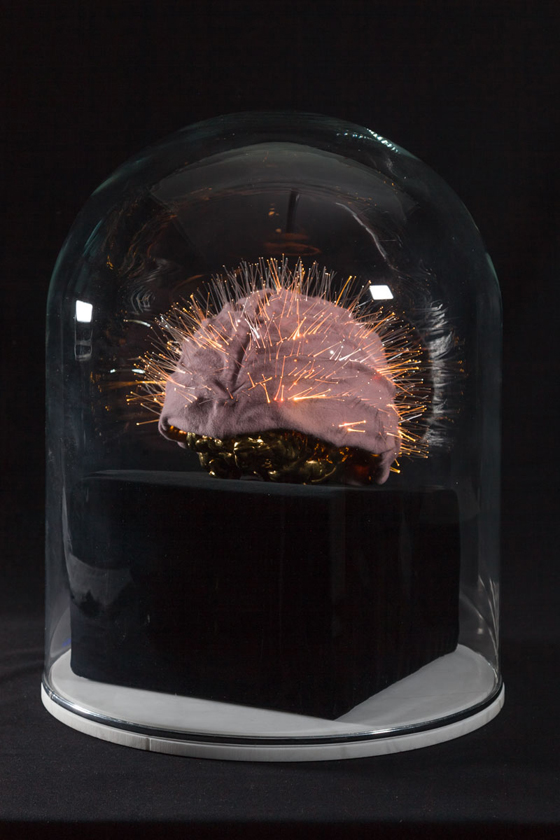