The team at Factum Arte have been working on a series of three cyanotype prints for Mat Chivers. The works are a response to Metrological data that demonstrates global changes in the environment over the last twenty years.

Cyanotypes are photograms that are made by coating paper in iron salts which turn a vivid prussian blue on exposure to UV light. Annual data of cloud coverage and sunlight intensity for specific locations across the UK were used as negatives to form the images through the intensity of the sunlight. In each instance a negative of the data was laid over the sensitised paper in sunlight for a measured period of time. The printing method expresses the content. Made 'en plein air' the changes in the cloud cover and intensity of the sunlight make each print in the edition a unique record of a specific moment. 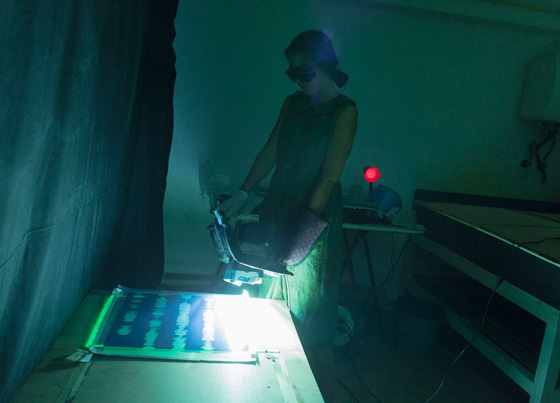 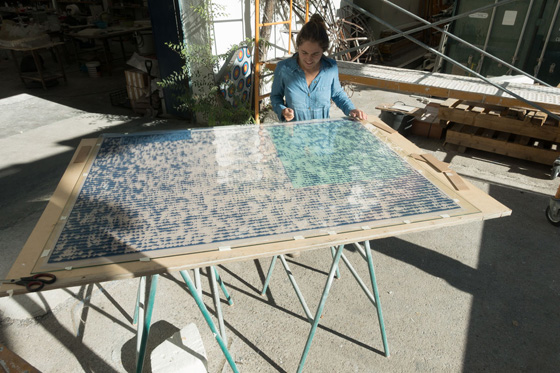 Watching the image develop over time in the sunlight 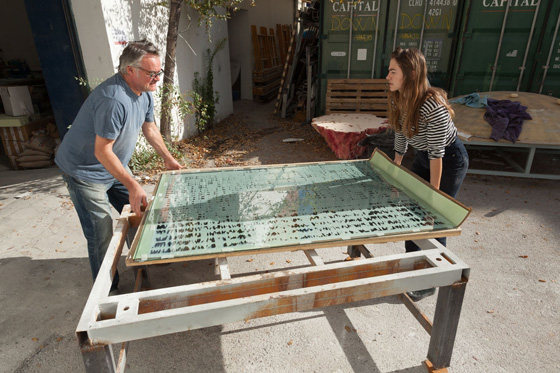 Aligning the print at 180° to the sun 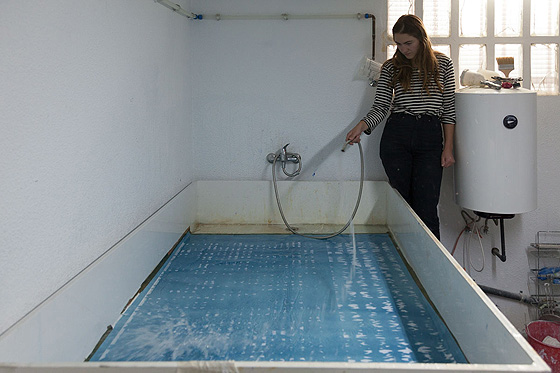 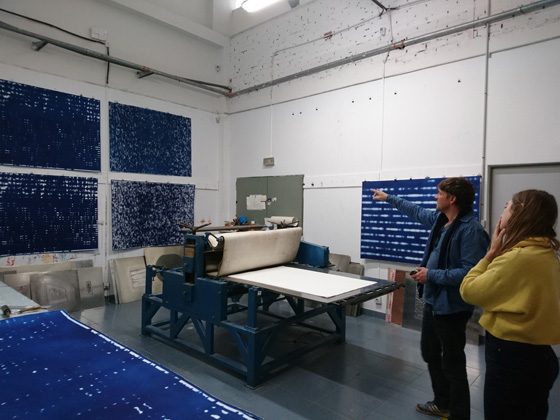 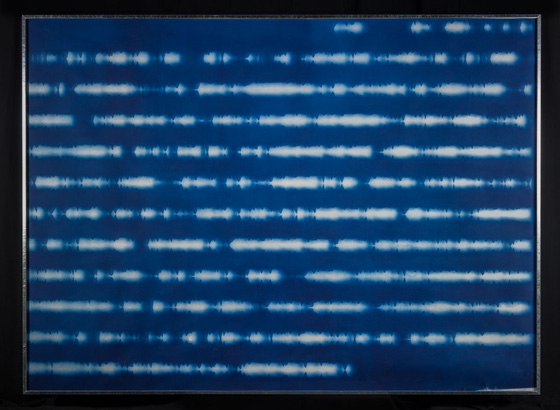 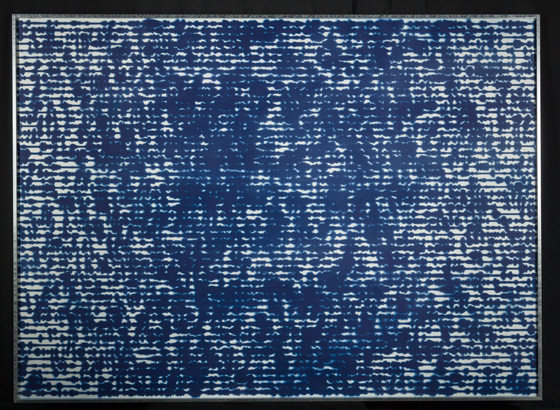 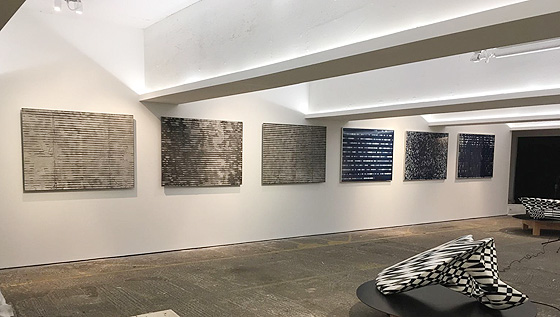