Factum Arte collaborated with Rachid Koraichi in the production of a series of new works for the exhibition Il n'est d'autres souverains que ceux qui me regardent, which opened its doors to the public on the 16th November 2015 at the El Marsa Gallery in Dubai. Koraichi's installation entitled Talisman is part of the exhibition and features 99 black patina bronze engraved tablets (35x22 cm each).

Inspired by the Quranic board that Koraichi used as a child, these 99 bronze tablets have been carefully inscribed with signs symbolising ‘universal love’ - or rather, the love one feels for its country and its people, as well as the love one experiences for a worshipful God. Koraichi interestingly marries this idea of ‘universal love’ with the contrasting love of war and terrorism, as is further exemplified by the materials chosen by the artist, particularly bronze, which acts as a symbolic reference to the weapons used during times of war and terrorism in his country of birth, Algeria.

This last point indeed acted as a key inspiration for Koraichi’s installation, as his strong belief in spiritual love and love for all ledhim to question the motives behind these barbaric yet increasingly relevant issues. As a result, this large series encourages the inclusion of all onlookers, in that its subject matter is so relevant to humanity, both politically and philosophically, that it raisesno barriers to the cultural or religious groups who may come across it. 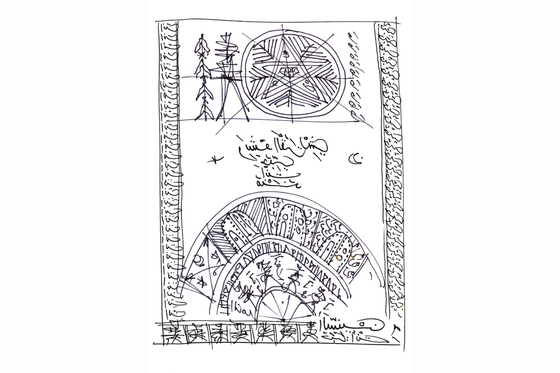 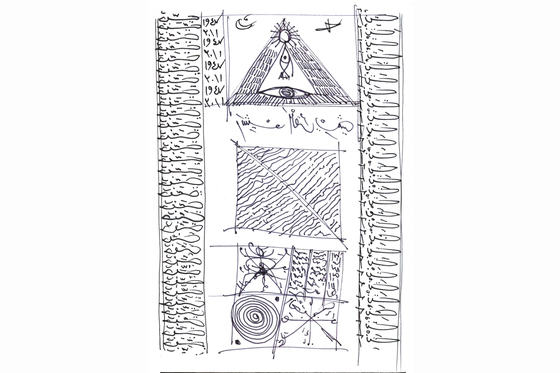 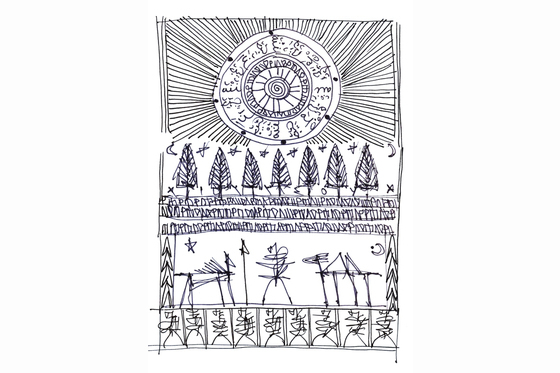 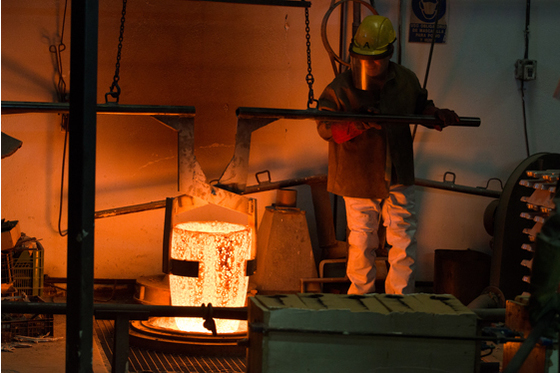 Casting the bronze tablet in the foundry 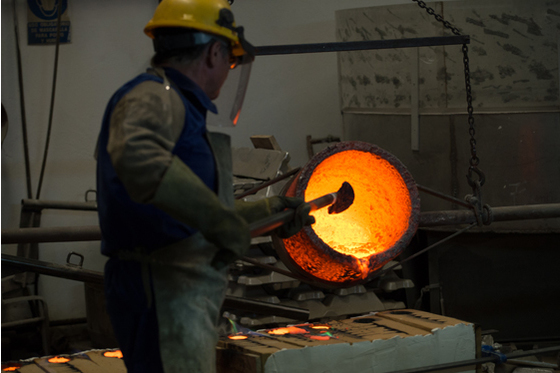 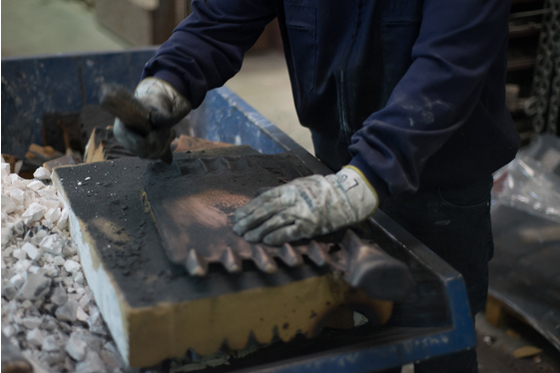 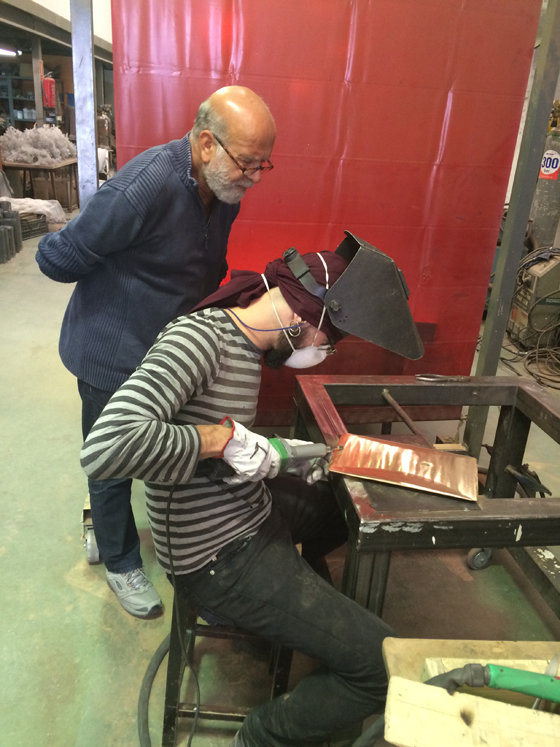 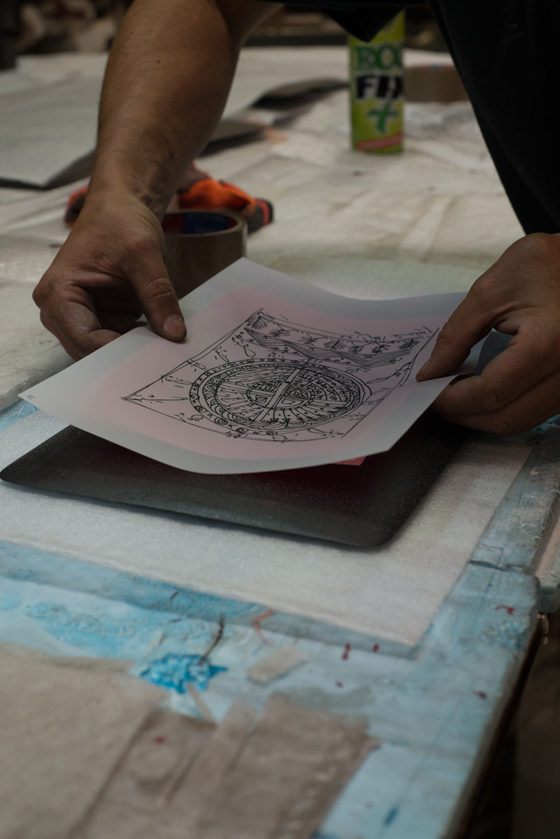 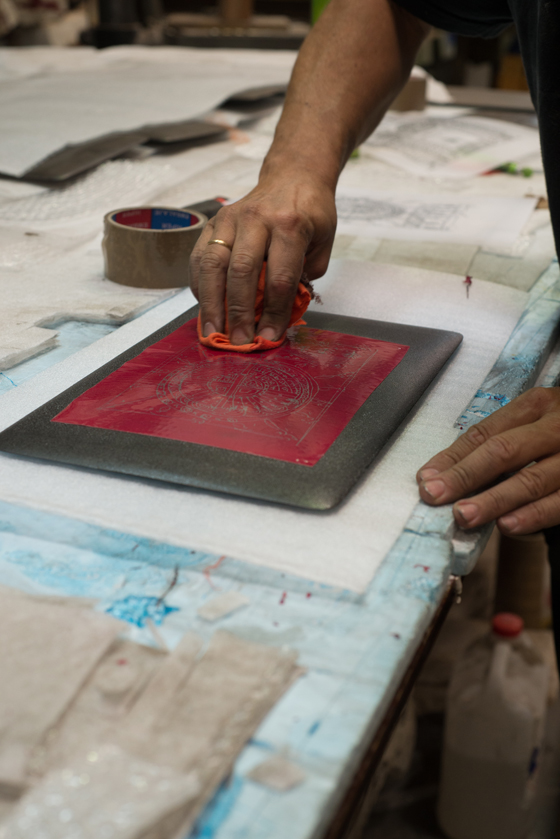 Applying the vinyl on the surface 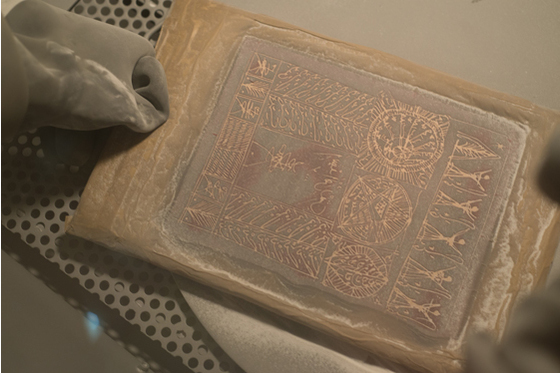 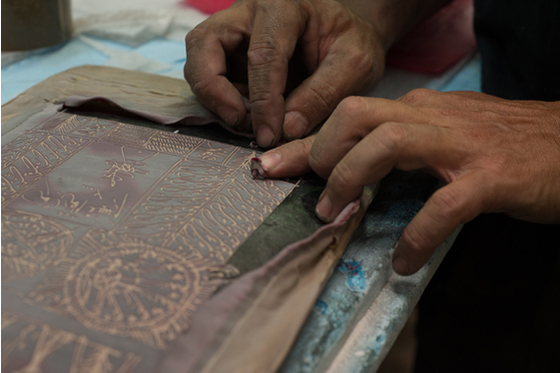 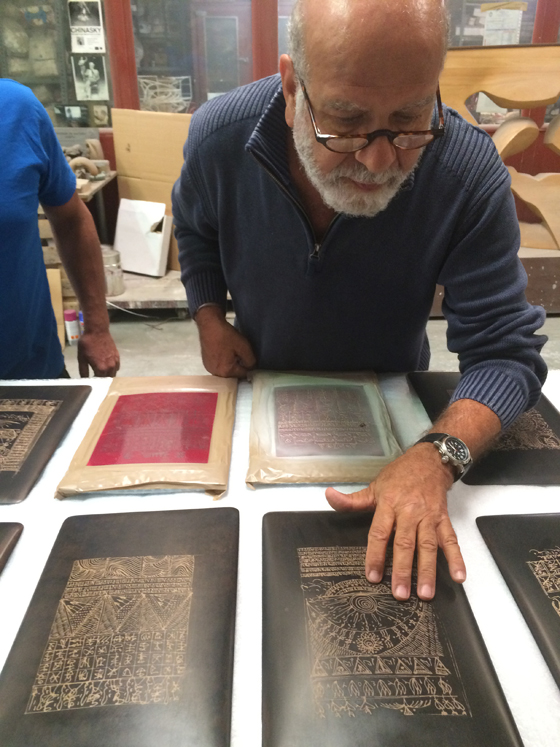 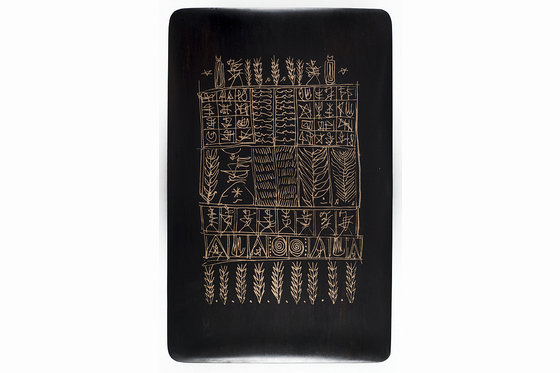 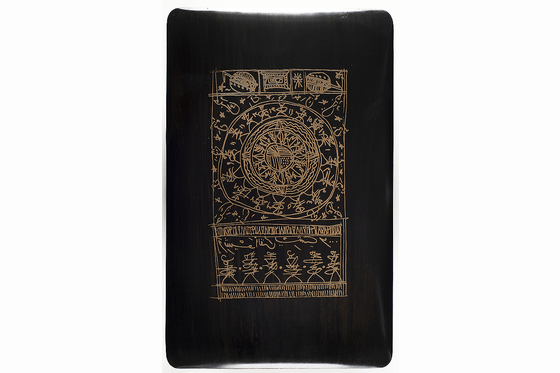 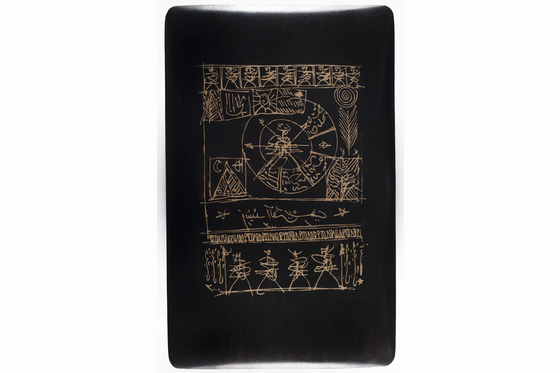 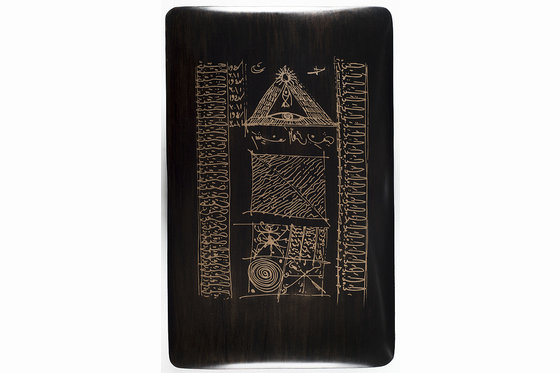 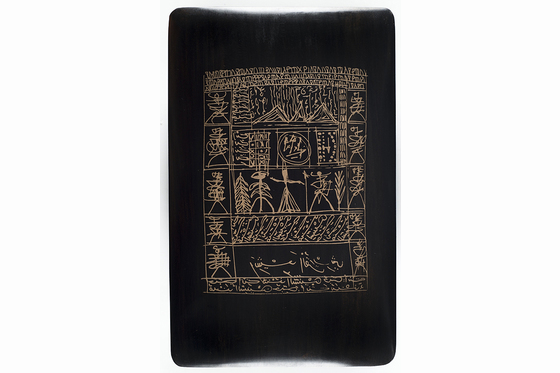