Henry Hudson exhibited a group of Woodburytype prints at Pulse Miami with TJ Boulting where he was nominated for the Pulse Prize. Editioned at Factum Arte they are the outcome of 3D scanning Henry's series The Rise and Fall of Young Sen and the development of a new method for making woodburytype prints. Printed on glass the works play with the translucent qualities of gelatine and are exhibited in rotating frames so they can to be seen from all angles. This allows the viewer to appreciate the delicate relief on the gelatine itself which is a direct remateralization of the surface of Hudson's impasto plasticine. Each image is a concise 'postcard' depicting the institutions and aspirations of contemporary society and their consumerist preoccupations. The complete set of thirty woodburytypes is being published by the artist and Factum Arte as a variable edition of 10 on both glass and paper. The exhibition in Miami ran from the 3rd to the 6th of December 2015.

As Hudson completed each of the ten large scale panels in his series 'The Rise and Fall of Young Sen' members of the team from Factum scanned them in situ at his studio. Using the Lucida they gathered data of the relief surface of his pieces to a resolution of 100 microns 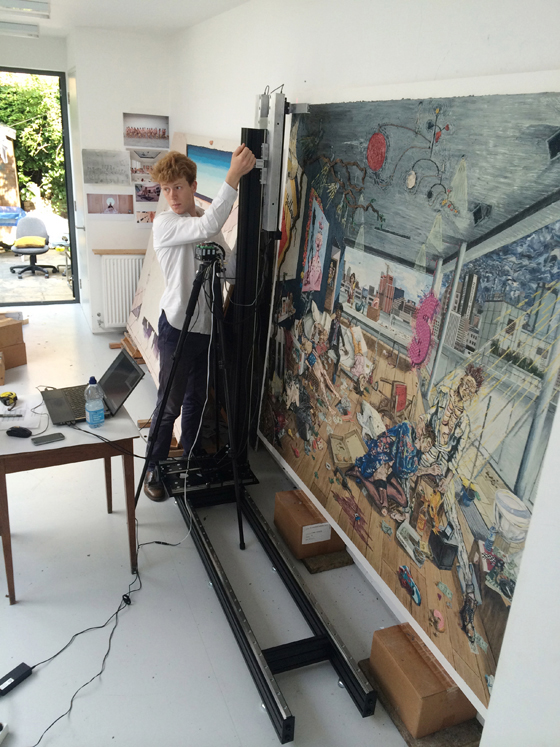 The resulting depth map data was then processed and from this Hudson selected postcard sized areas of the panels to become independent images. These were then routed in the workshop in Madrid. A new fog busting system keeps the surface consistently lubricated in order to get the smoothest finish. 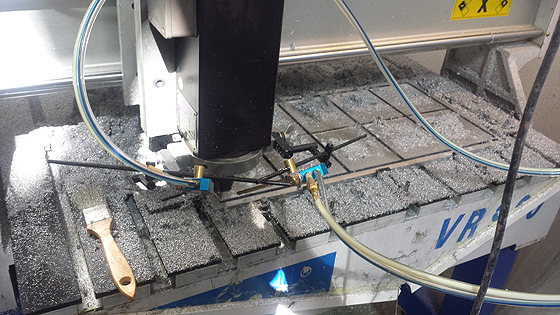 Printing with gelatine onto glass offered a host of possibilities with the translucency of the image and the shadows it was able to cast but it also posed technical challenges. Compressing the gelatine between two rigid surfaces, the glass and the aluminium plate, meant it was very hard to separate them when the gelatine set. A method of 'flexing' the glass by applying pressure at an angle eventually worked. Rotating aluminium frames were designed to allow the prints to be handled and viewed from different angles once hung. 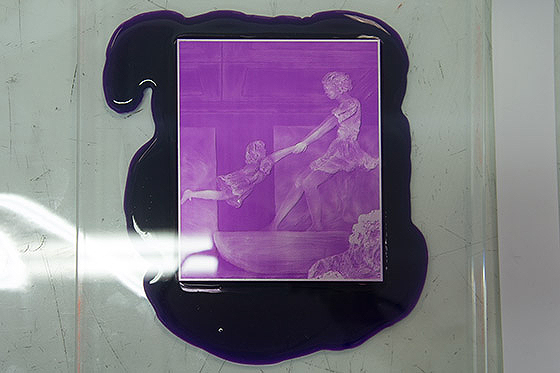 The prints are left to set overnight 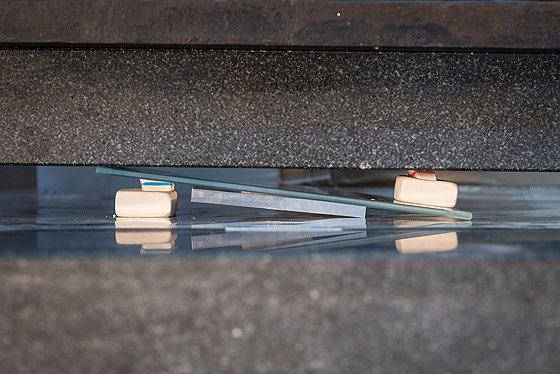 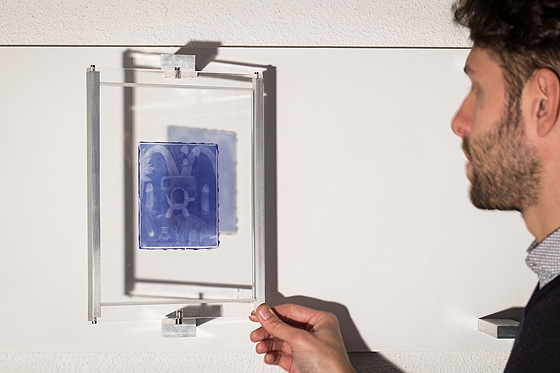 Installation shot of the woodurytypes by Henry Hudson with TJ Boulting at Art Basel, Miami Beach