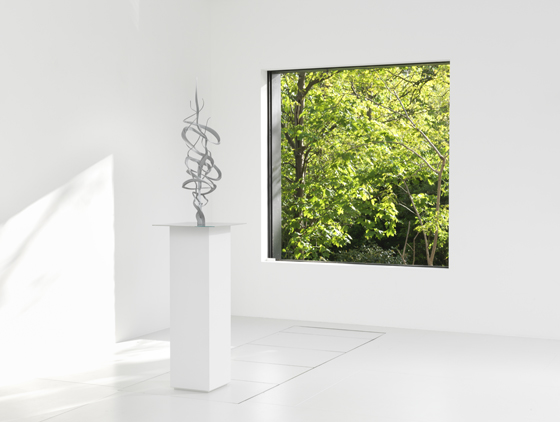 For the exhibition Factum Arte produced 3 cast stainless steel sculptures and one cast bronze piece from 3D models supplied by the artist. The works are entitled Allegory of Sound (produced as a large and small version), Allegory of Sight and Chord. They were 3D printed and then cast before the time consuming task of chasing the surface started - this took several months. The goal was to push the hard resistant steel to its limit and produce works of grace, fluidity and precision.

Allegory of Sight and Allegory of Sound are two wall-based works - one painted in a dense absorbent matt black and a luminous white paint respectively. A smaller version of Allegory of Sound has also been cast in bronze and painted with the same black paint. Chord is a jewel-like work of extraordinary complexity with a worked but unpolished stainless steel finish. The exhibition runs from May 22nd until July 4th 2015 at Lisson Gallery, London - 52-54 Bell Street. 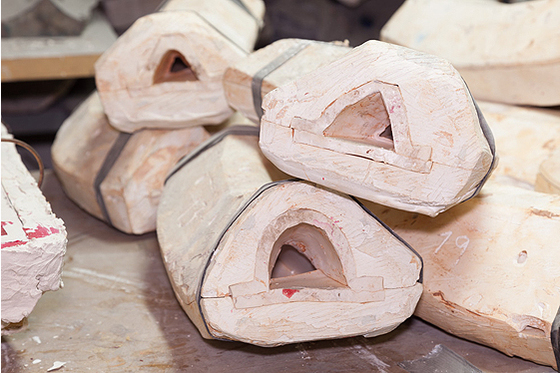 Work at the foundry. Moulding the different parts of the work before the casting 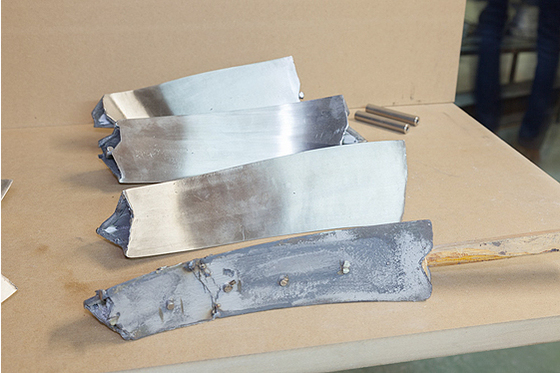 After the casting; pieces ready to be assembled 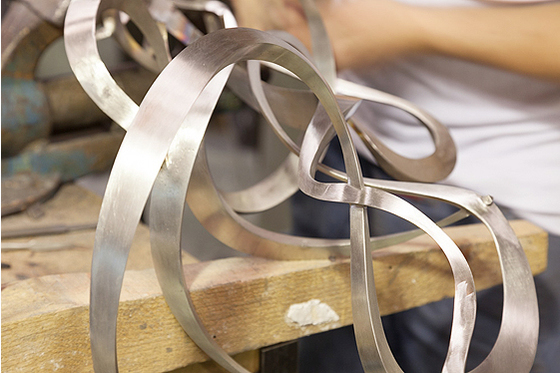 The piece after the welding 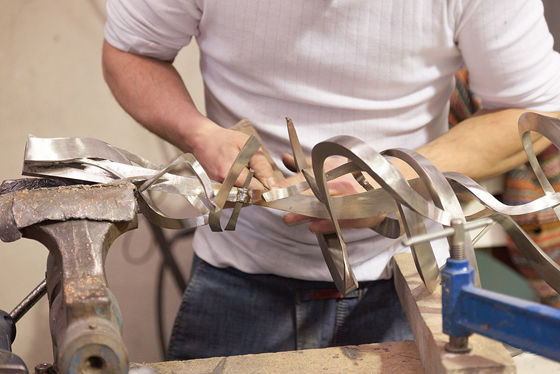 Sanding of Chord at the foundry 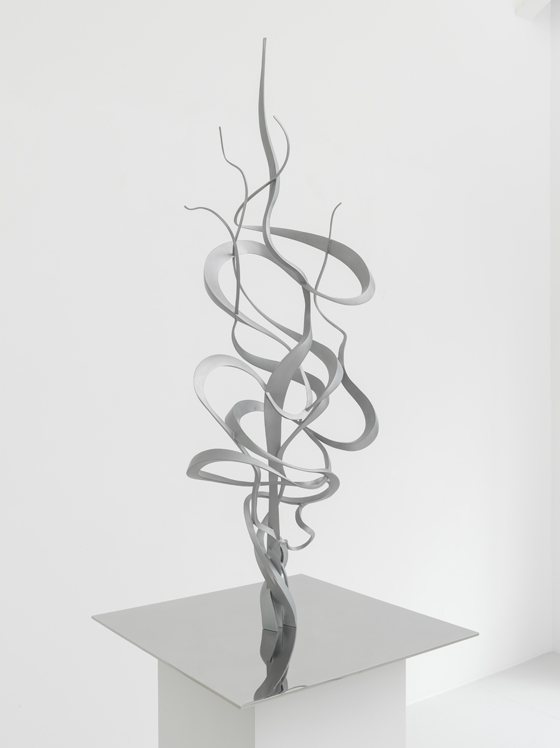 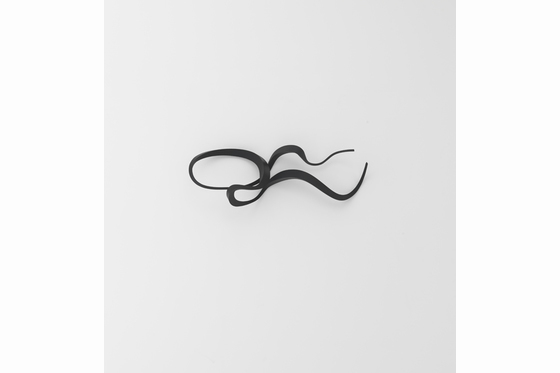 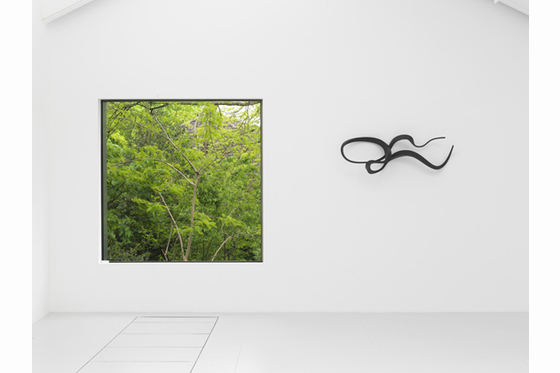 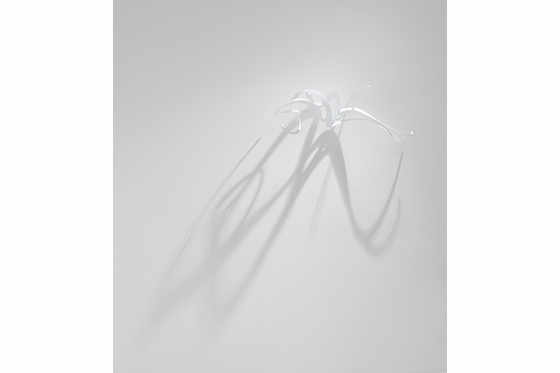 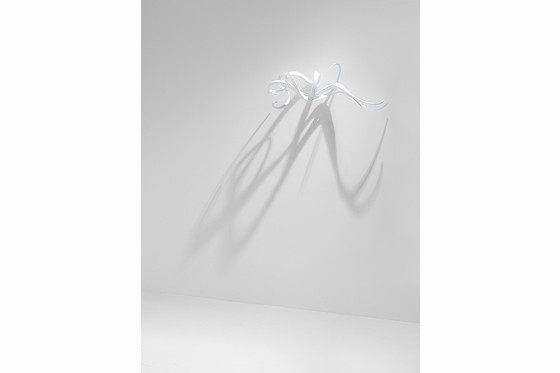