The series Ekpyrotic is a new group of sculptures by Japanese artist Mariko Mori.

Factum Arte has produced some versions of these new sculptures, which have been realized in different materials: fiberglass, aluminium and stainless steel.
This series keeps exploring Mori’s interest in Moebius forms and the endless universe of new physics theory. The “ekpyrotic” cosmology posits that the universe did not begin from one singular “Big Bang” but that our cosmos is filled with continuously repeating cycles of evolution, including possible parallel universes and an ever-expanding formation of new galaxies and planets. 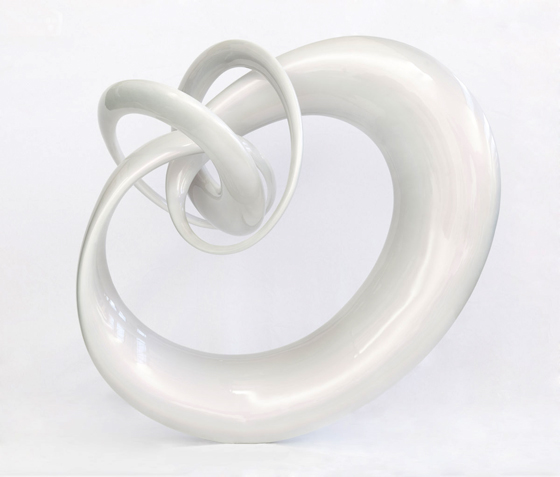 The models of the Ekpyrotic strings have been 3D printed and afterwards with the model as a reference the pieces of the work have been created and assembled in Factum Arte and then taken to a spray oven where they were painted with a special holographic paint made by Lechler in Como, Italy. 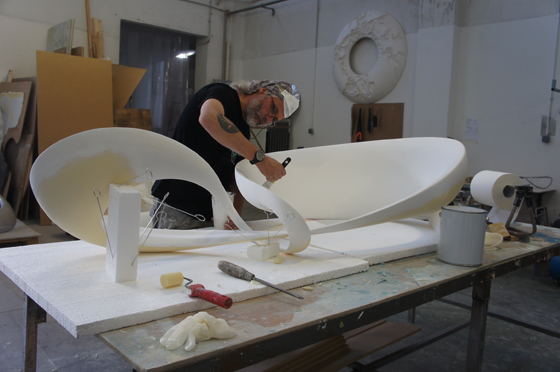 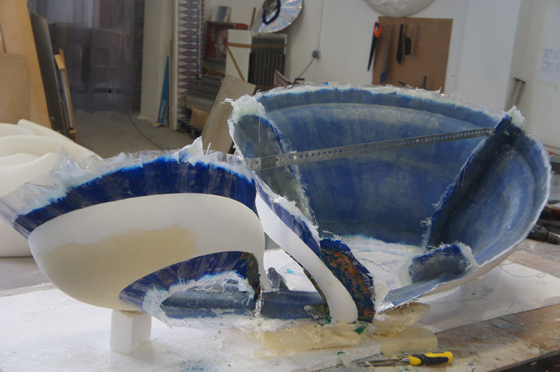 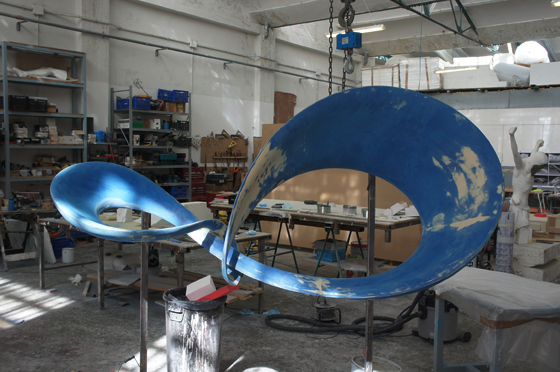 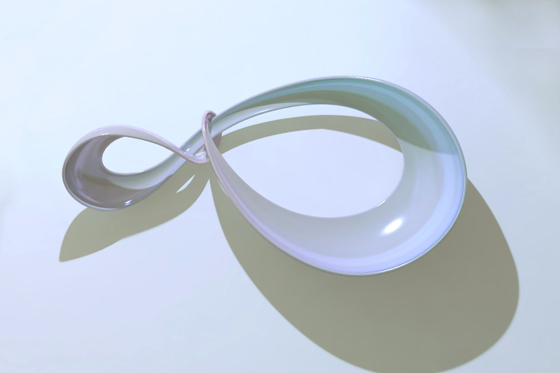 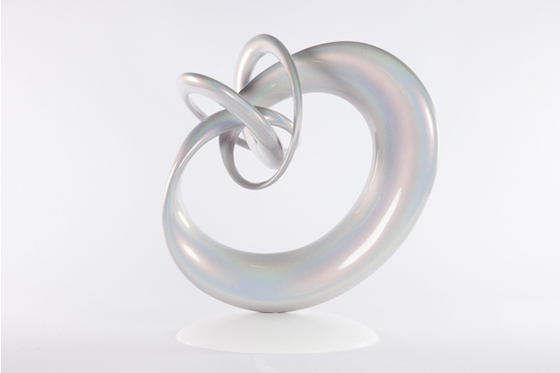 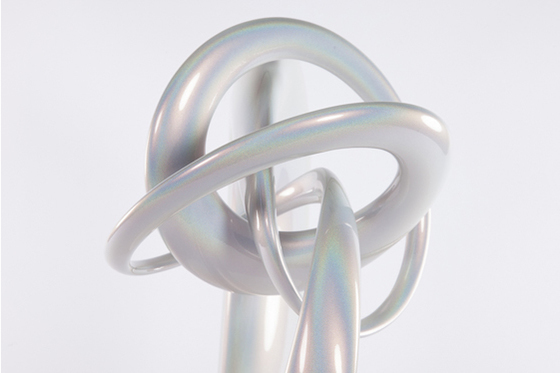 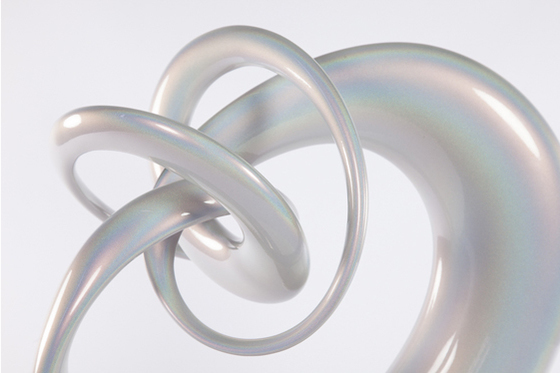