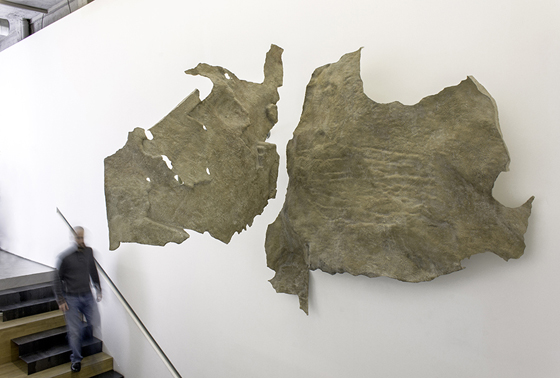 Factum Arte collaborated with artist Carlos Irijalba for the creation of Skins, the works produced for the artist's solo exhibition at Galeria Moisés Pérez de Albéniz, which run in Madrid from the 24th January 2014 till the 14th March 2015.

Carlos Irijalba researches the geographical, historical and political layers of a certain territory. The social-political scenario of prehistoric caves forms the starting point for Irijalba’s latest work.In 1985 UNESCO declared some caves of the Cantabrian coast a world heritage site and closed them to the public. The national government had then exact copies made to display as a museum. Irijalba has worked with the 3d-scanning from the nineties of those caves. The scans show the skin and texture of the caves and, although made with what then was cutting-edge technology, now look almost archaic. Triggered by these 3D-scans, Irijalba made sculptures questioning society’s transition from maker to spectator through the notion of the replica.
His new artwork positions itself between the past and the present, between archaeology, anthropology and art - His concerns are with mediation, transformation, display and meaning in an anachronic context. Routed polystyrene, wax, resin and fibreglass merge to create both an illusion of rock and of ‘representation’. 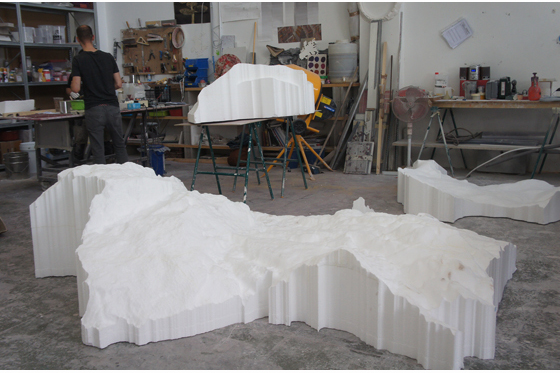 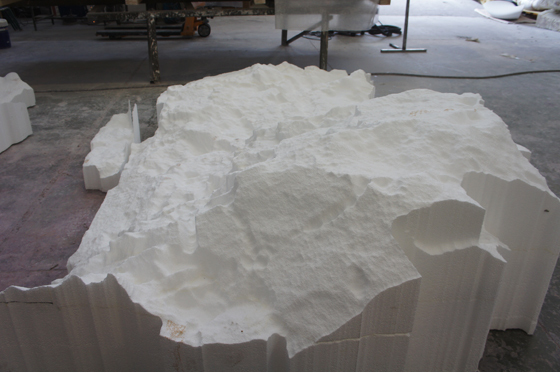 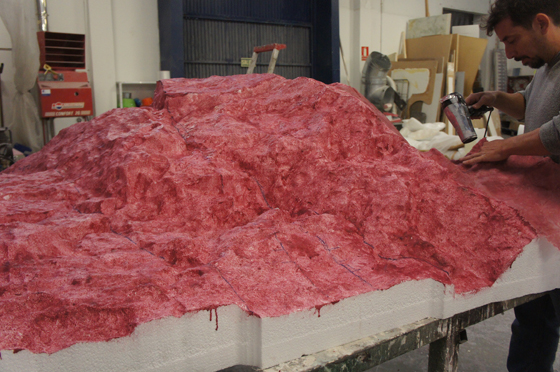 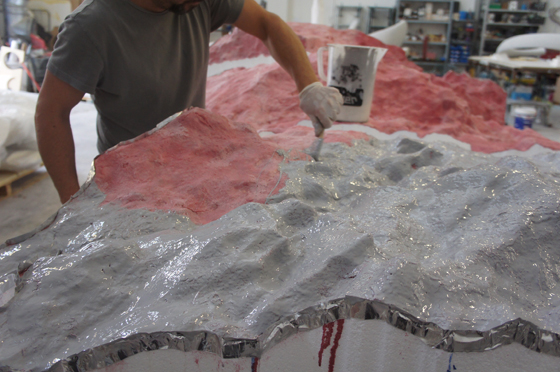 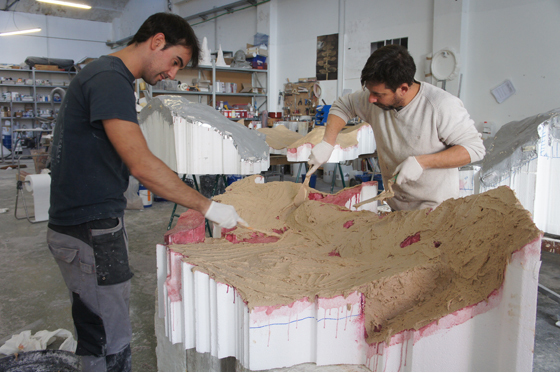 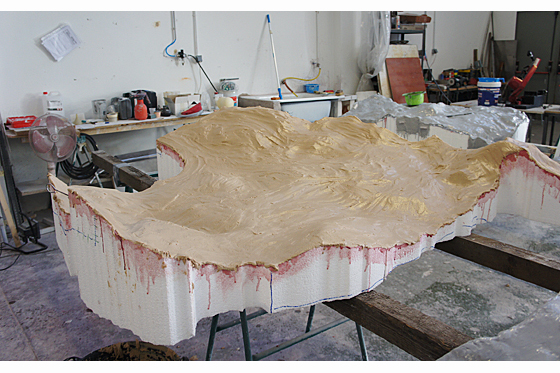 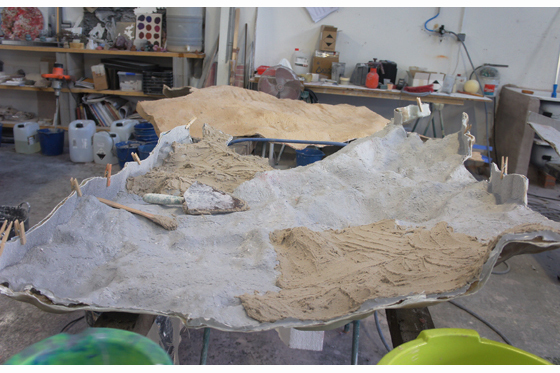 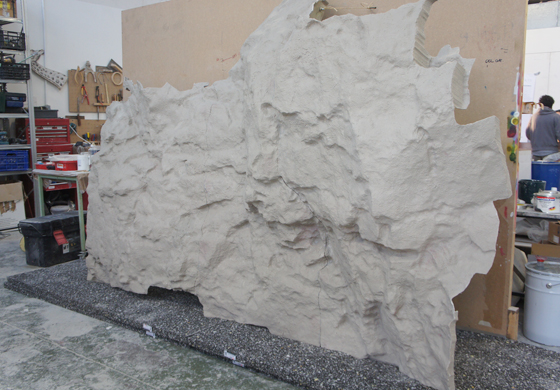 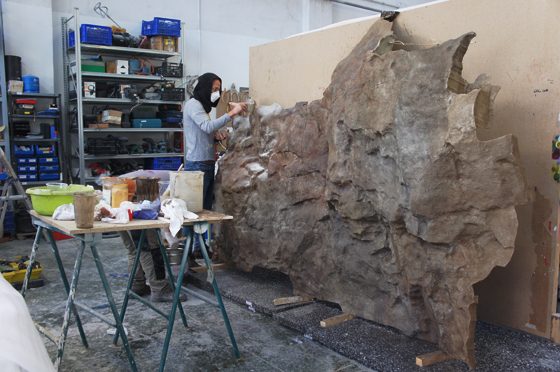 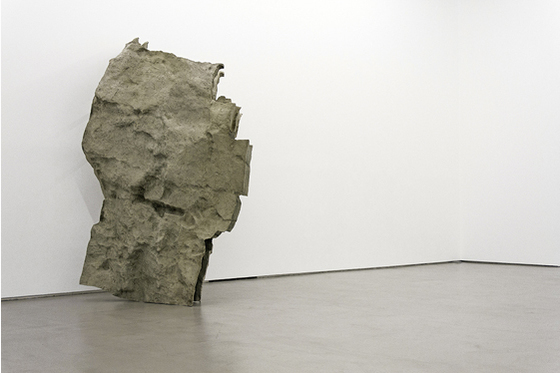 The works as installed at the Galeria Moisés Pérez de Albéniz 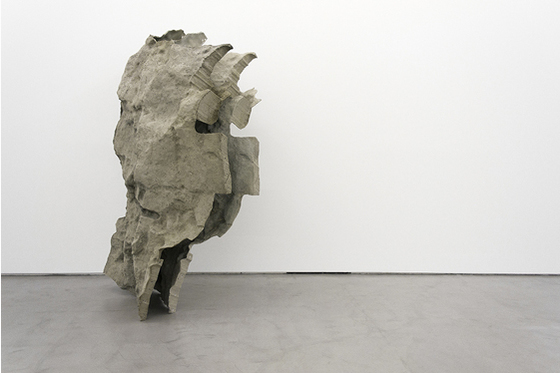 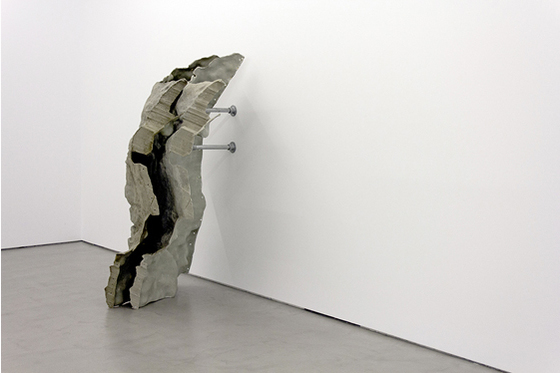 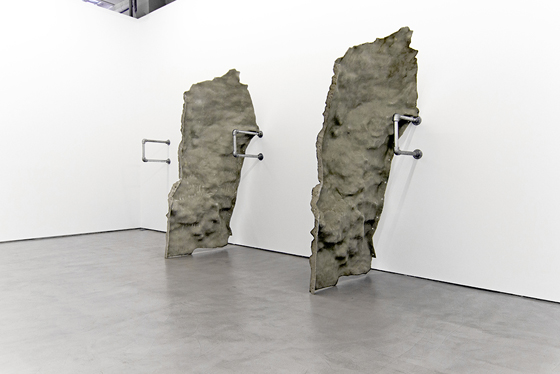