Maquette of the Millennium Bridge Project

1:100 model of the Millennium Bridge by Eric Parry and Richard Deacon

In July 2014 Factum Arte produced a 1:100 model of the Millennium Bridge Project, that Richard Deacon and Eric Parry were invited to present for the Millennium Bridge competition in 1996. This is Factum Arte’s first collaboration with Eric Parry Architects and the model was produced especially for the exhibition 3-2=1: Bridge, Bangle & Cornice, at the British School of Rome, which focused on the collaboration between artist Richard Deacon and architect Eric Parry through three different works in London. 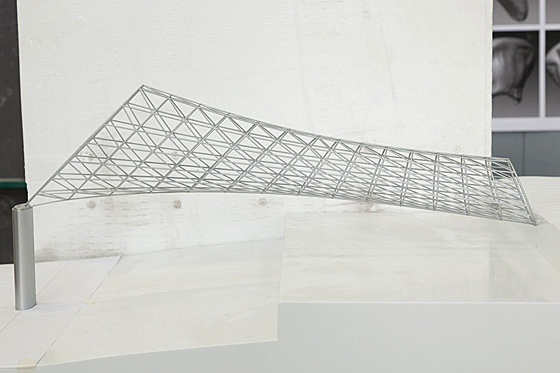 Parts of the bridge structure before the assembly 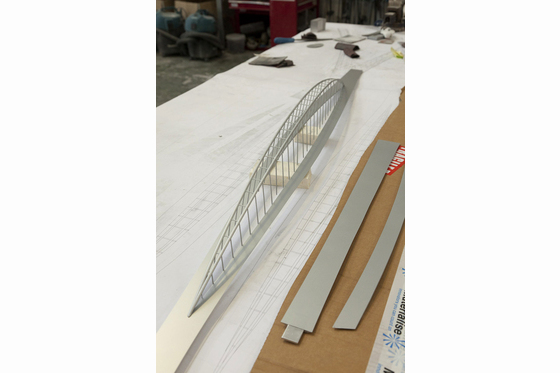 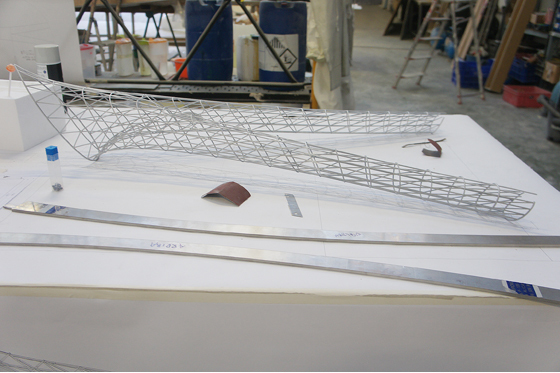 The complexity and delicate nature of the bridge structure required different fabrication methods and the size of the model made it necessary for it to be shipped in parts and for the final assembly to take place in the gallery in Rome. 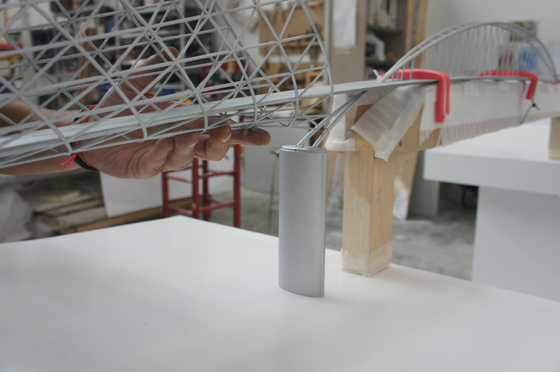 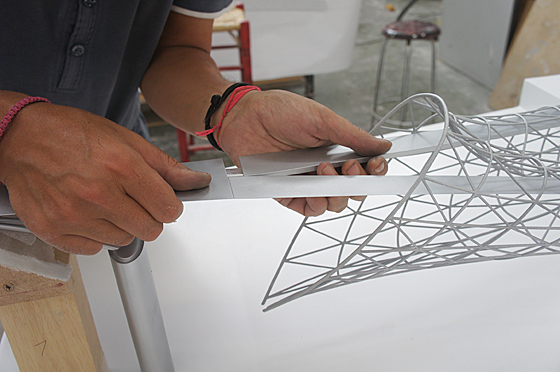 The finely meshed structural frame was 3D printed by Materialise in Leuven by selective laser sintering printing process. The polyamide plastic was then applied with an aluminium paint. The suspended deck was fabricated in three parts by water jet cutting custom pieces and joining them with metal fixings. The two columns that supports the bridge were fabricated in precision milled stainless steel. 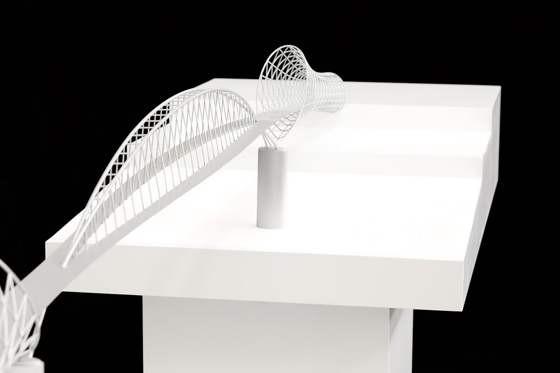 Details of the model of the bridge finished and assembled 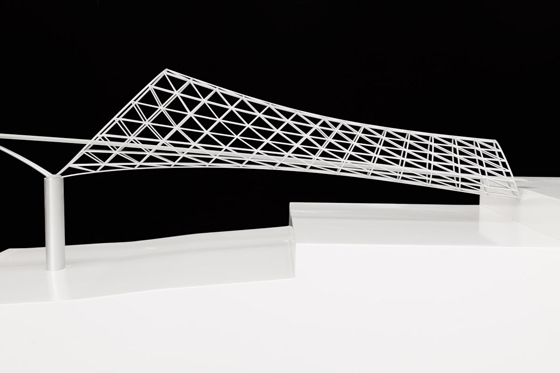 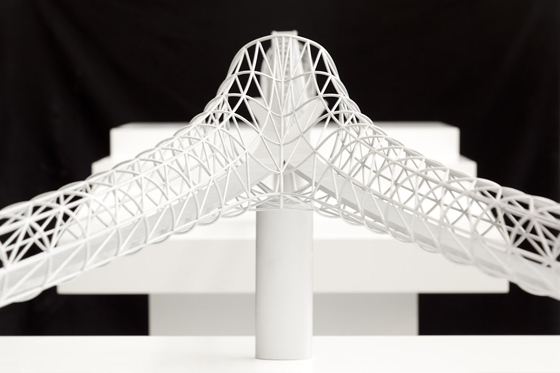 Installation at the British School at Rome. Photo@Daniela_Pellegrini 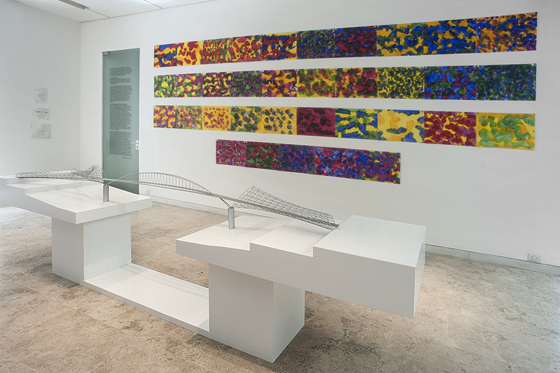 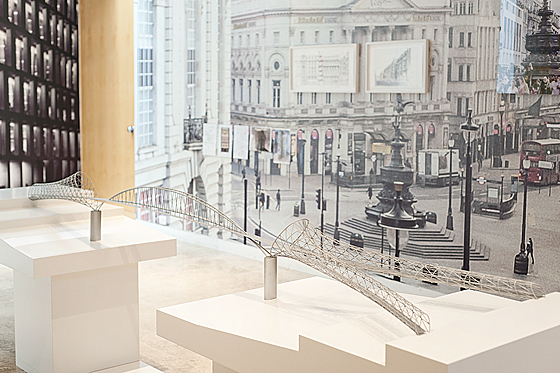