In 2014, Factum Arte got involved in the rebuilding of the ferro-concrete Research Vessel Heraclitus. The Heraclitus Vessel was designed and built by The Institute of Ecotechnics and launched in 1975 from Oakland, California. Since that time it has sailed around the world twice, conducted research about whales in the Antarctic and navigated the Amazon. It has sailed over 270,000 nautical miles through six oceans (all except the Arctic), continuously exploring the ancient tradition of sea people, with the aim to create a contemporary equivalent.

This 25-metre long concrete Chinese junk has carried out important expeditions and captured the imagination of those interested in independent scientific research, exploration and cultural exchange. 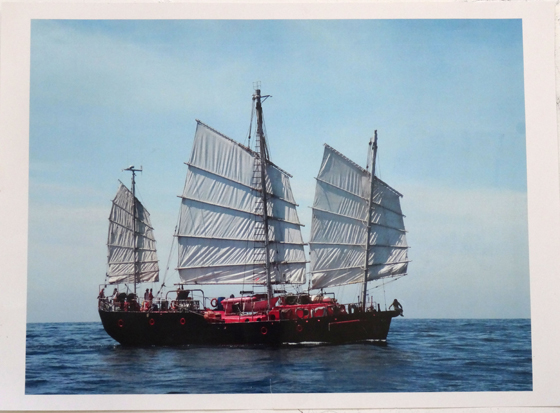 After this long period of intensive usage, the boat is currently being rebuilt in Roses, Cataluña. Factum Arte has been working with Scan Lab Projects in London to prepare 3D visualisations of the hull to assist in the rebuilding process. A three dimensional model of the Research Vessel Heraclitus has been made from data captured with the FARO scanner. Lauren Canales from Factum Arte then prefabricated new web frames for the boat and took them to Roses for installation. 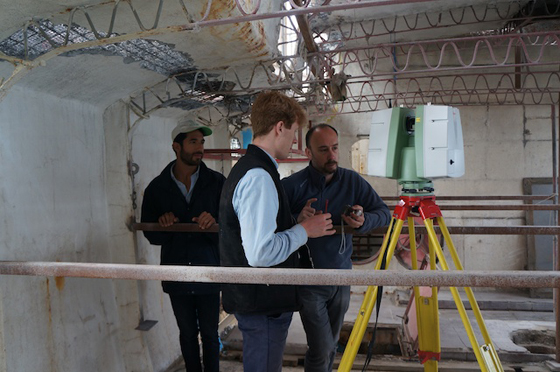 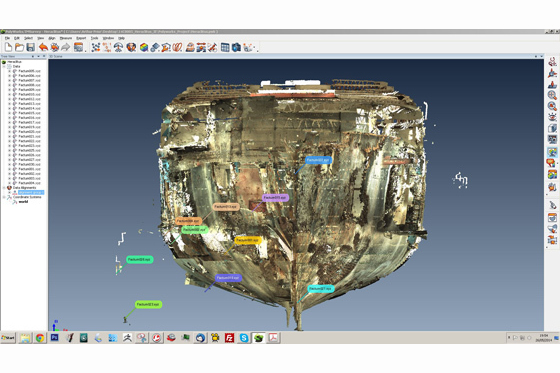 3D alignment in Polyworks of the scanned hull 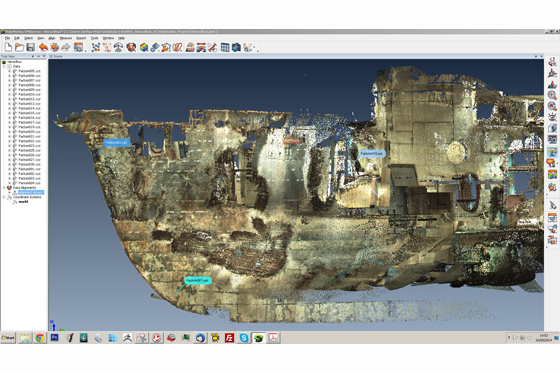 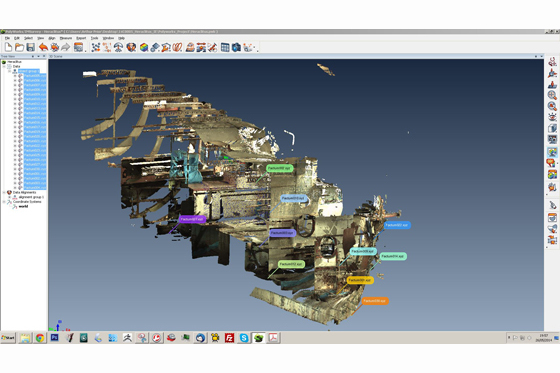 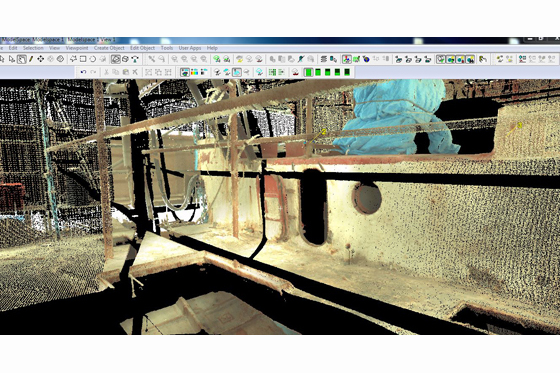 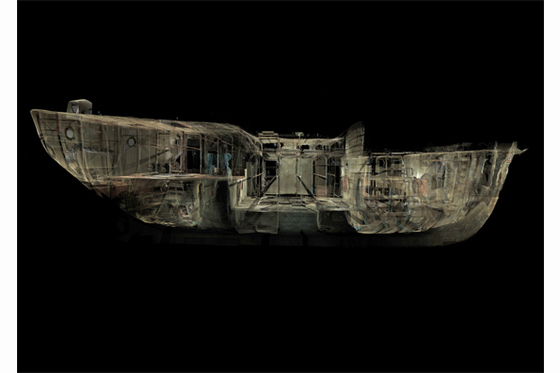 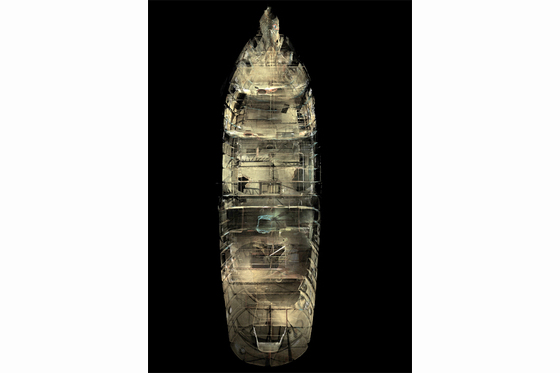 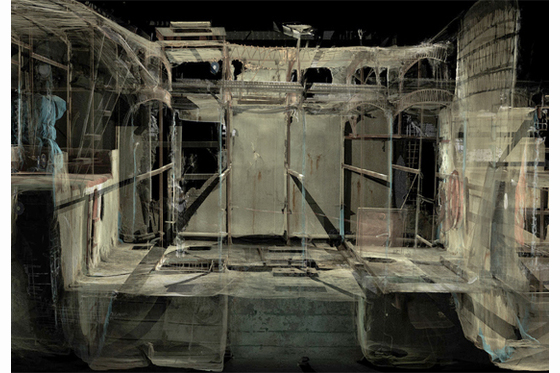 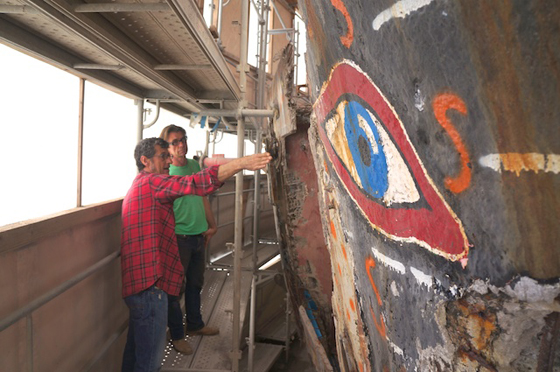 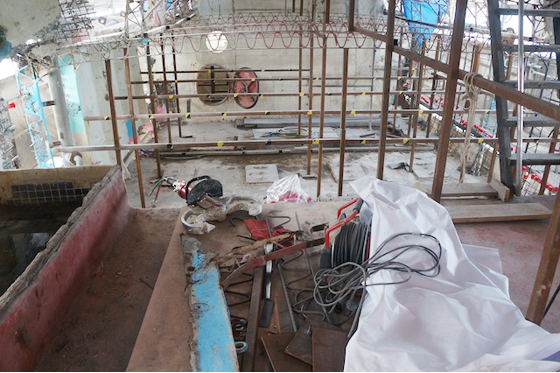 Some images of the boat during the process of rebuilding 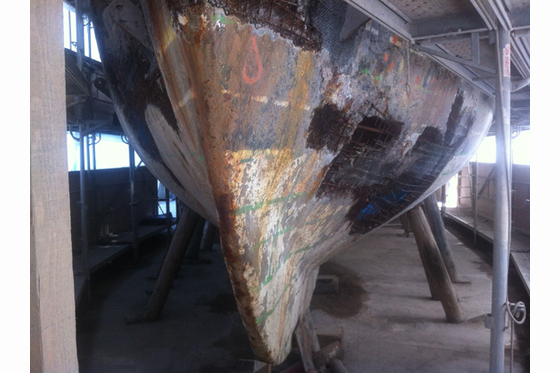 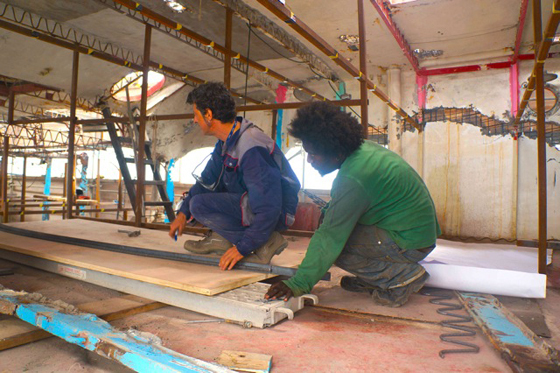 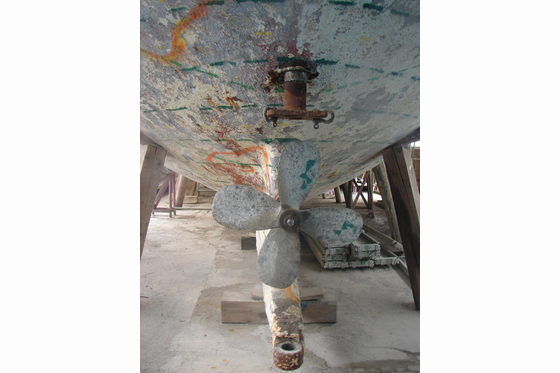 In 2018, Factum Foundation for Digital Technology in Preservation returned in order to carry out further recording of the vessel. In this instance, LiDAR scanning was undertaken that served to supplement the FARO data previously captured and create a more wholly accurate and extensive map of the ships structure. This 3D model will provide further assistance to the rebuild project that aims to have the Heraclitus ready for her most ambitious voyage: a five-year Ethnosphere Expedition to West Africa, South America and the Caribbean, commencing in 2020. 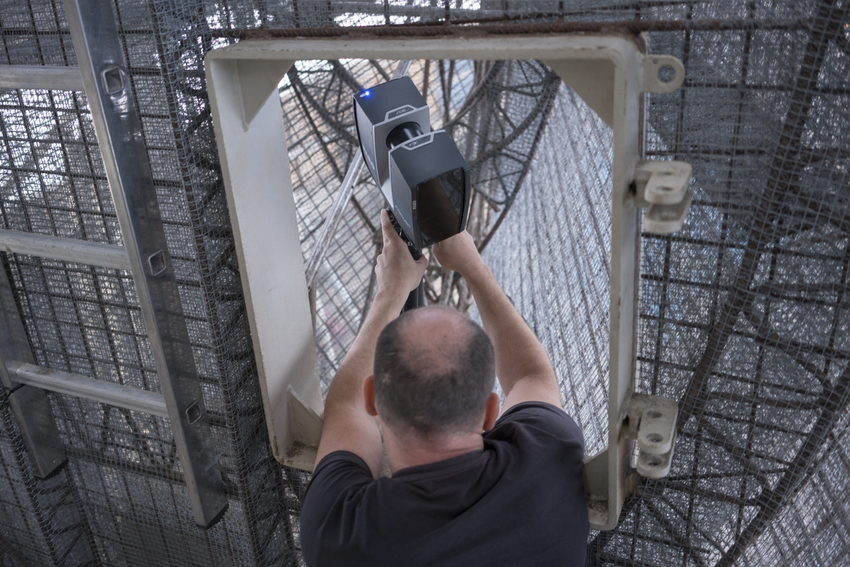 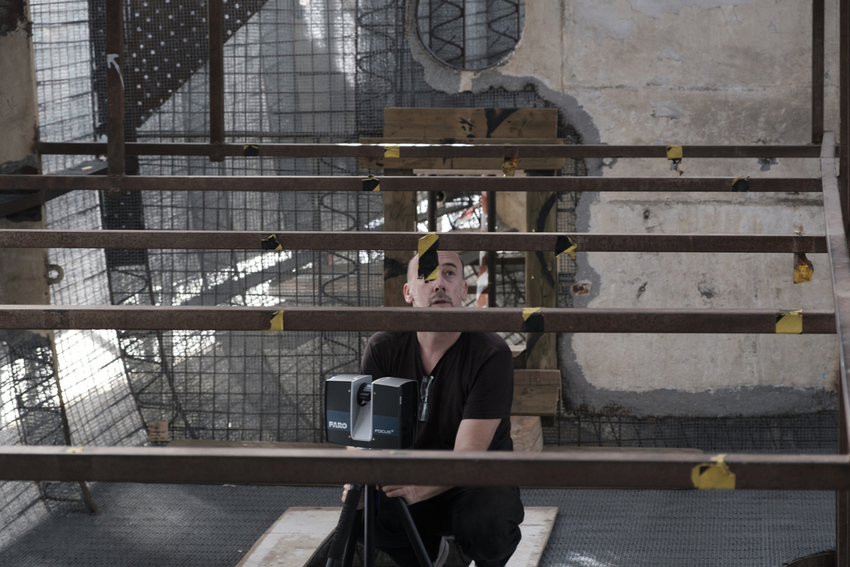 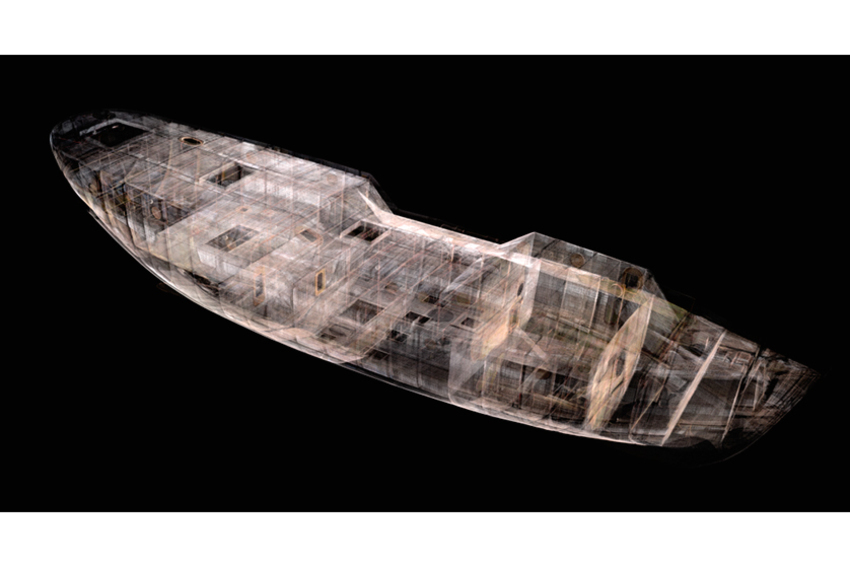 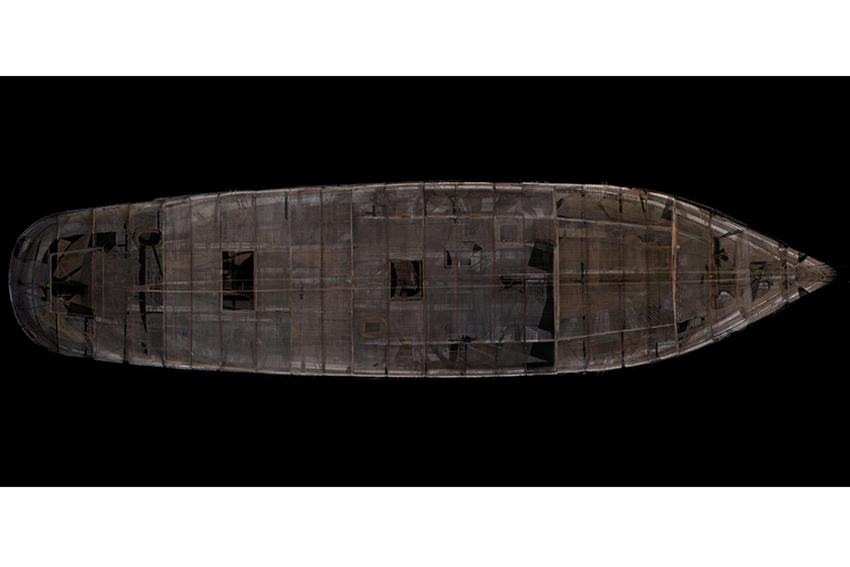 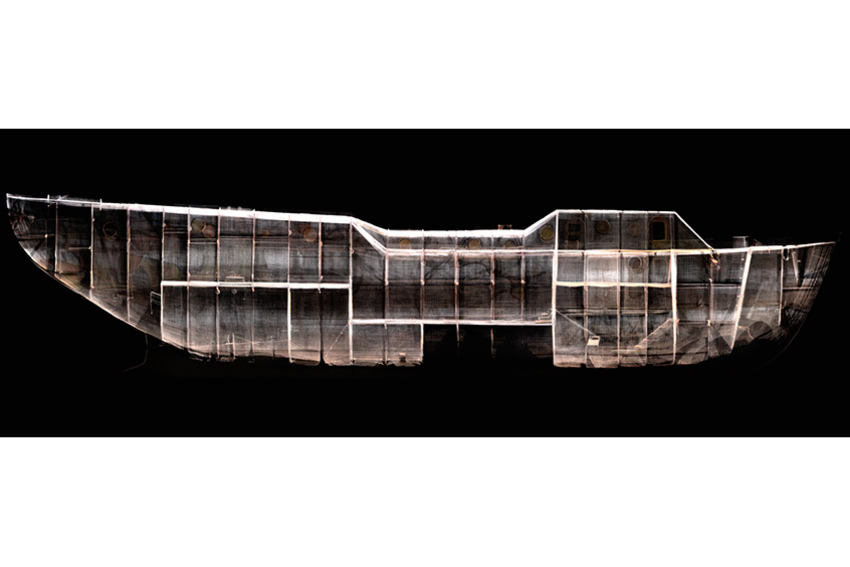 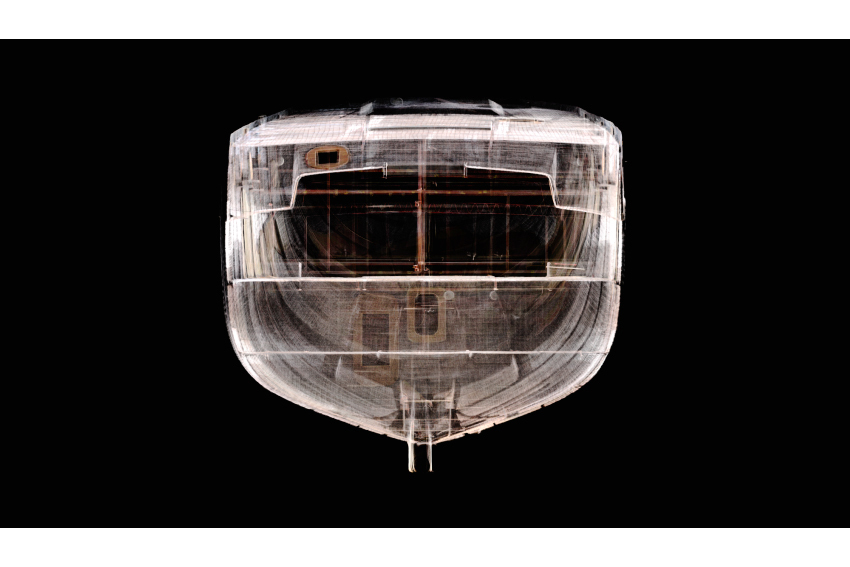