In 2013 Factum Arte began a collaboration with Algerian artist Rachid Koraichi for the production of a series of works of arts which include sculptures and tapestries.
A large patinated bronze sculpture La prière de l'Absente was produced by Factum Arte in 2014 for the "Prayers" series. This series is dedicated to Rachid's mother and it is based on original drawings by the artist. It was unveiled at the October Gallery stand at Abu Dhabi Art 2014 on November 2014. 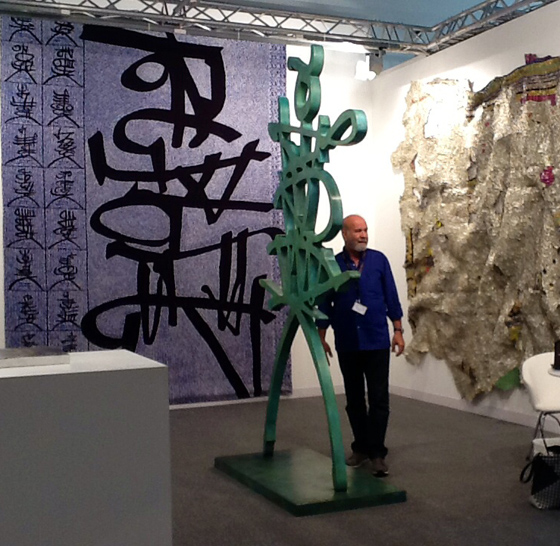 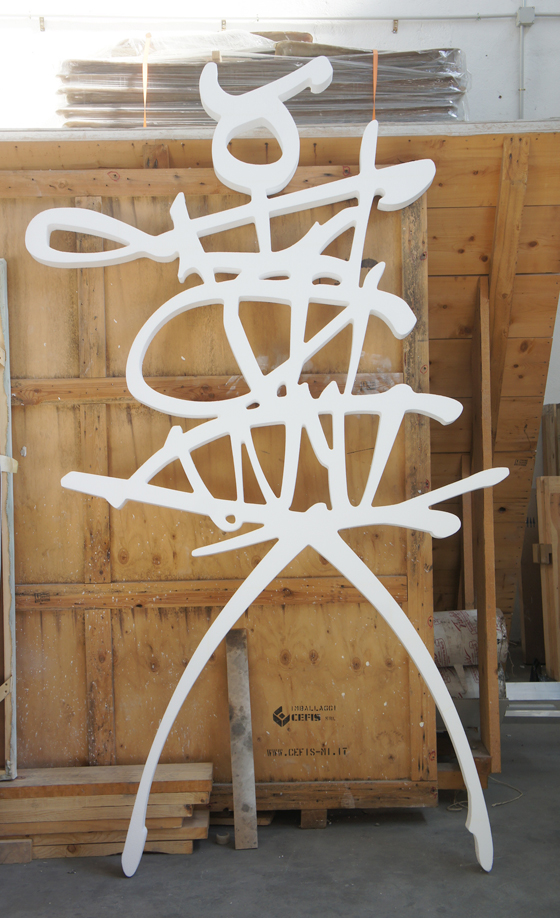 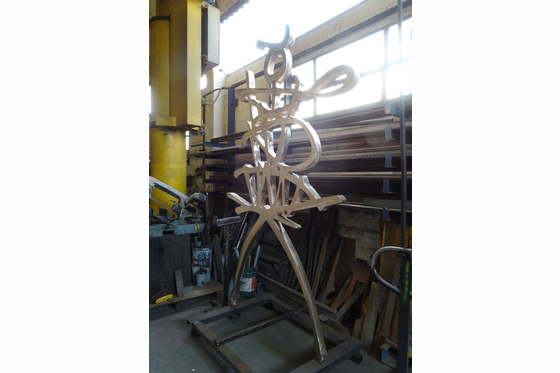 The sculpture after being cast in bronze 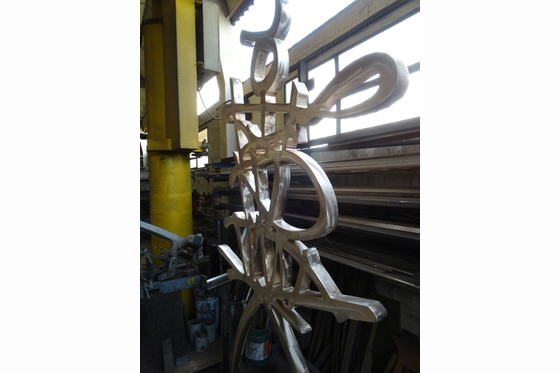 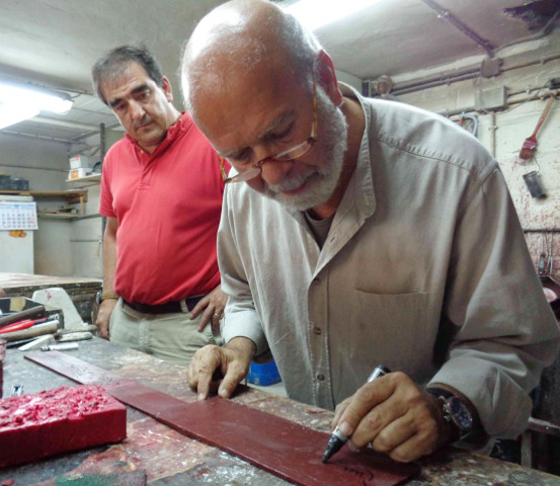 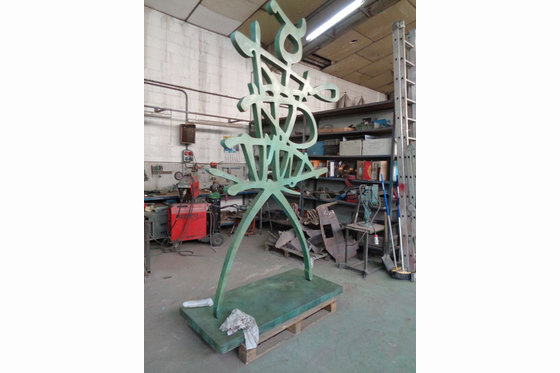 The sculture has been finally patinated at the foundry 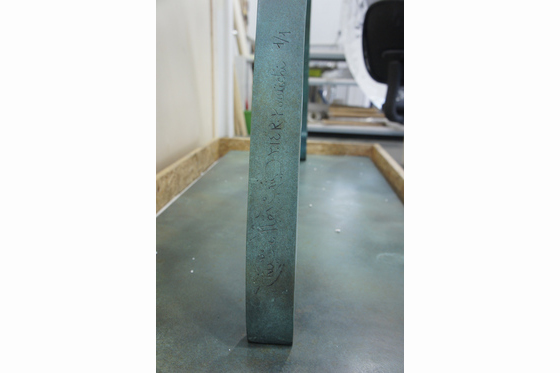 Koraichi's signature on the piece 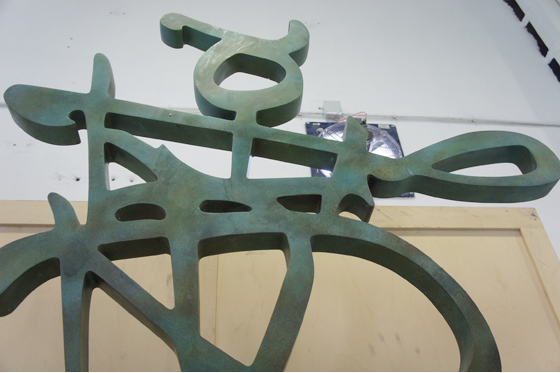 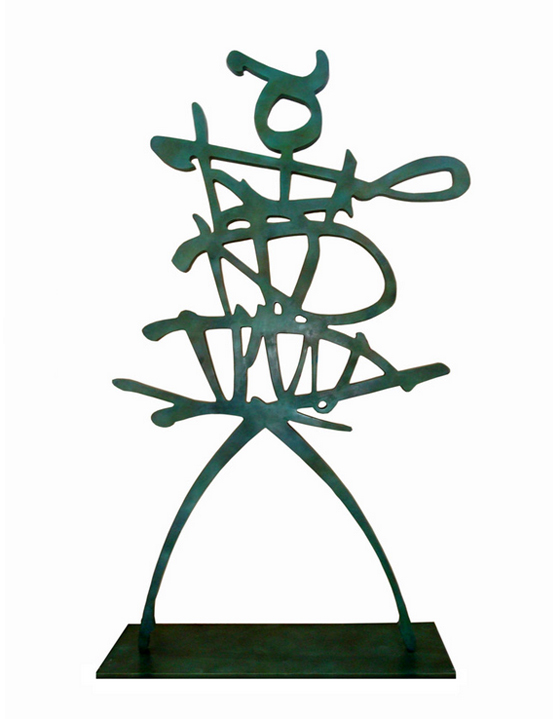