In 2013 Mat Chivers has been selected as the winner of the Oxford Mathematics Sculpture Competition. The competition invited artists to propose, and eventually create, a substantial and artistically significant sculpture to be placed in the main entrance lobby of the new Mathematical Institute, the Andrew Wiles Building.

Factum Arte has worked with Mat Chivers to create the sculpture Axiom which has been unveiled on the 28th October 2014. The sculpture is a tour de force of aluminium casting from 3D printed and routed forms, derived from a decimated 3D scan. Triangulation is at the heart of 3D recording and printing. Mat Chivers celebrates the noise and material presence as the virtual assumes physical form. 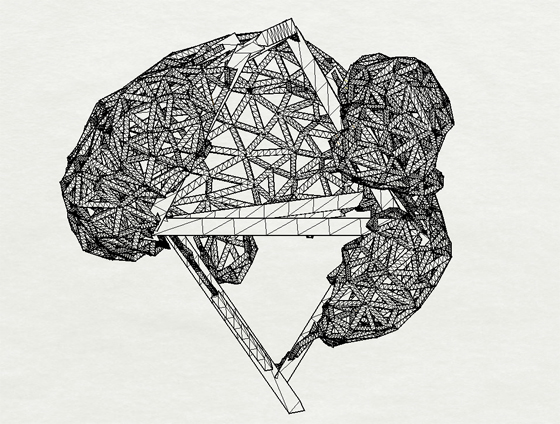 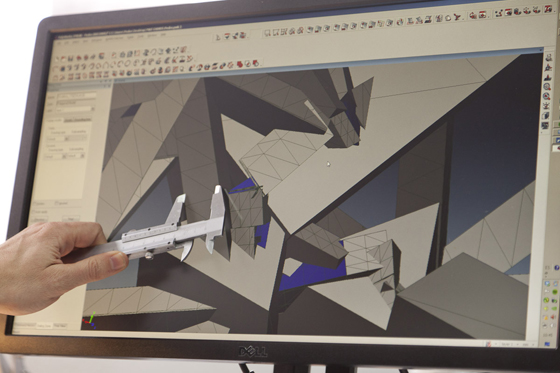 Visualization of the 3D model 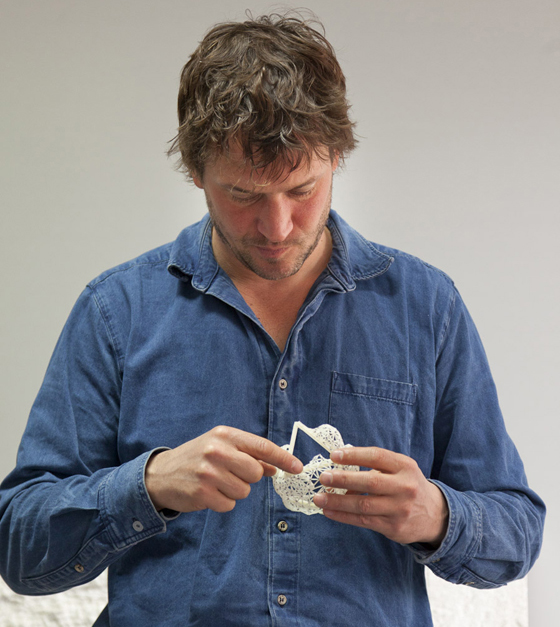 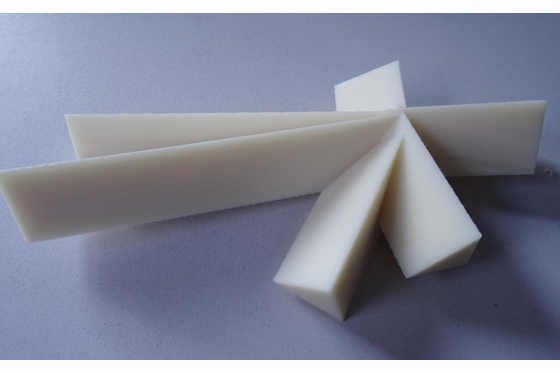 Initially the pieces have been printed in 1:1 in ABS plastic 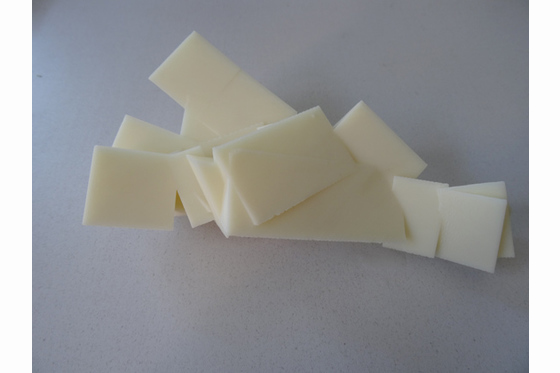 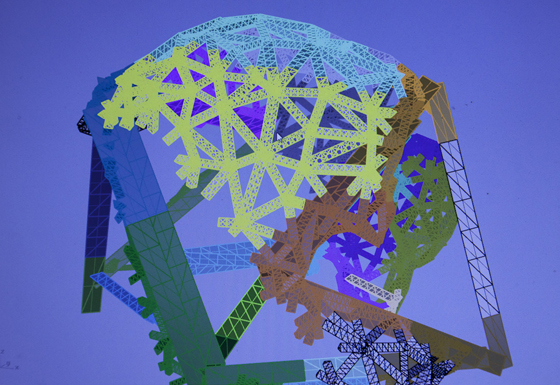 Different colours of the model correspond to the single pieces of the work which are going to be routed. After initial tests it has been decided to 3D rout in middle density polyurethane 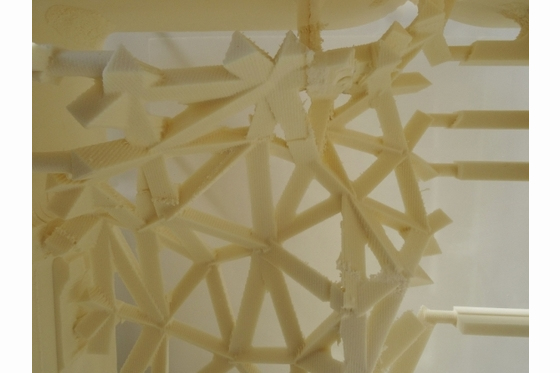 The parts of the work routed in real size 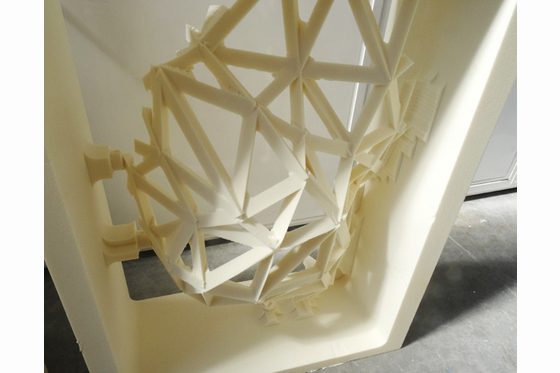 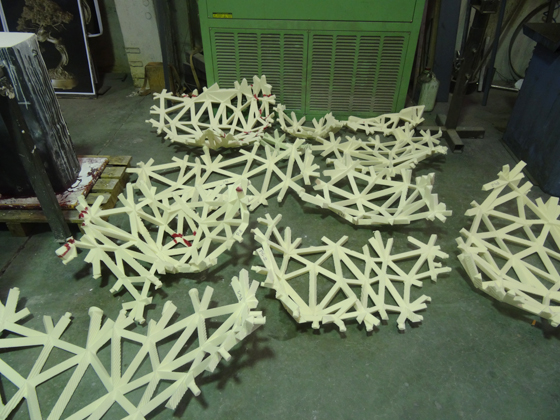 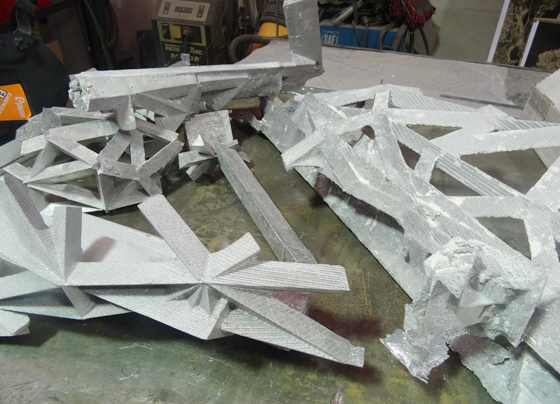 The segments after having been cast in aluminium 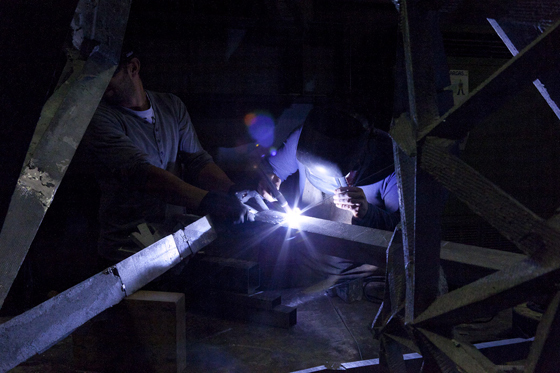 Welding the segments together 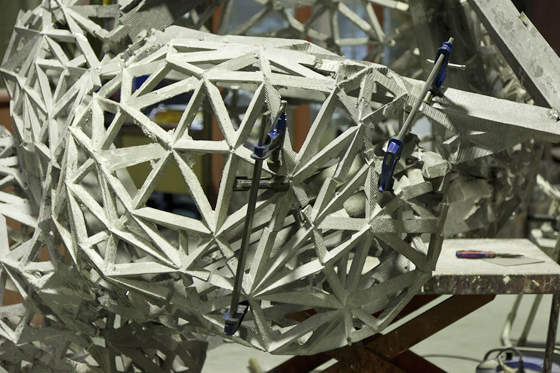 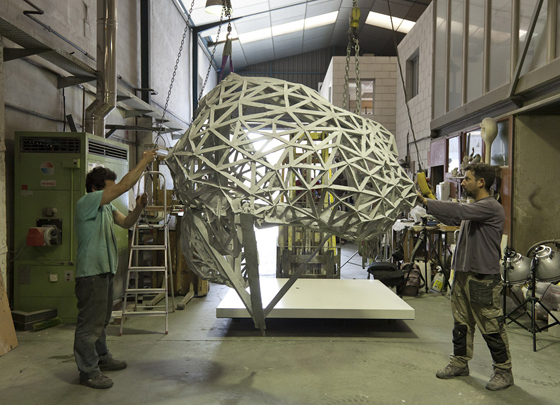 The assembled work at the foundry 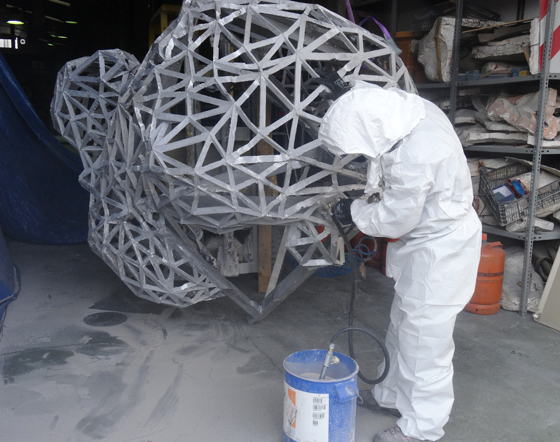 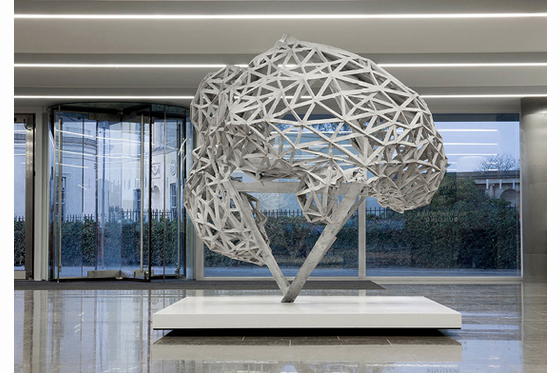 The sculpture installed in Oxford 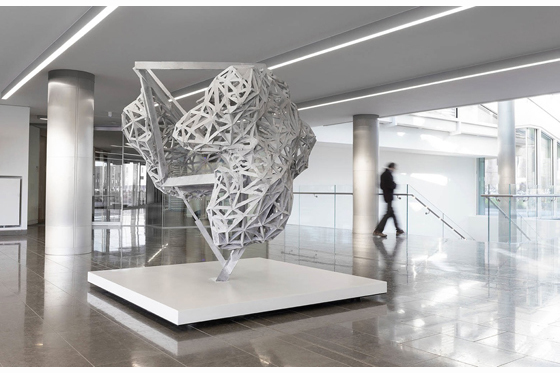 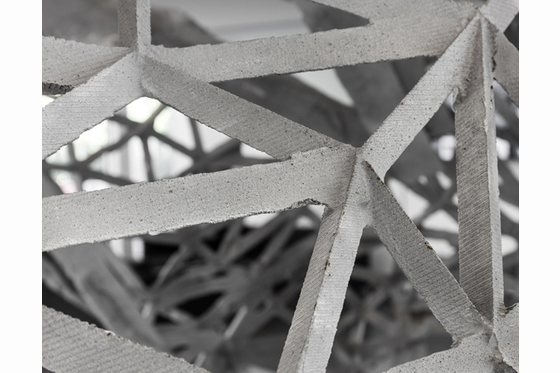 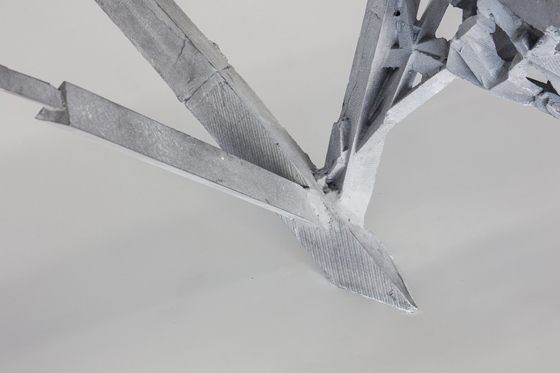