Why Depend on Space and Time 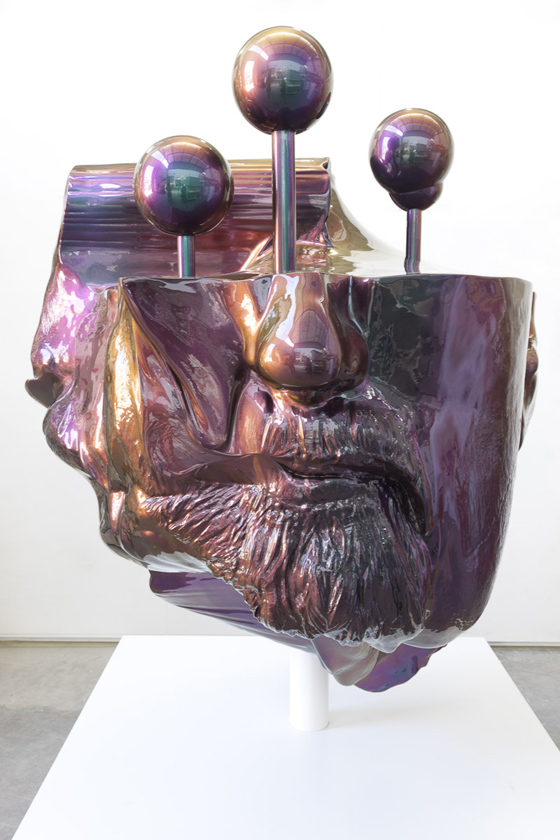 Factum Arte has been working in collaboration with London-based artist Shezad Dawood on a "quantum portrait" of American counter-culture author, Robert Anton Wilson. This work has first been digitally sculpted and then routed at a large scale, imbuing the work with a striking sense of presence. The work named Why depend on Space and Time is a sculpture made of resin and polychromatic paint with a wooden plinth and it has being exhibited as part of a solo presentation titled Towards the Possible Film at the Parasol Unit Foundation in London. 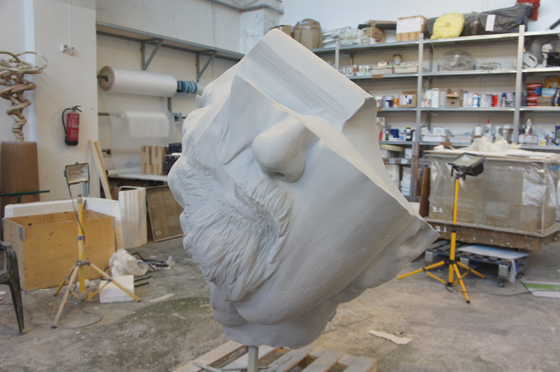 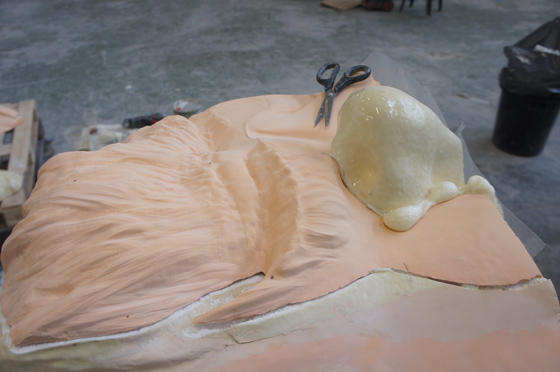 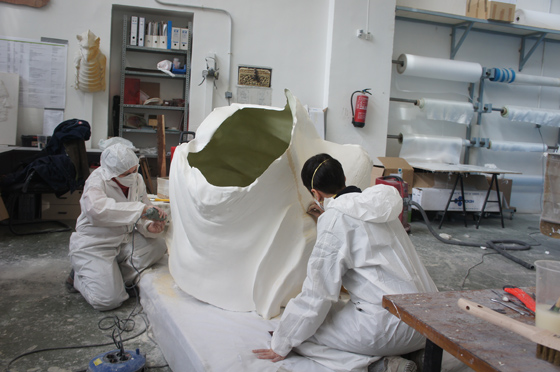 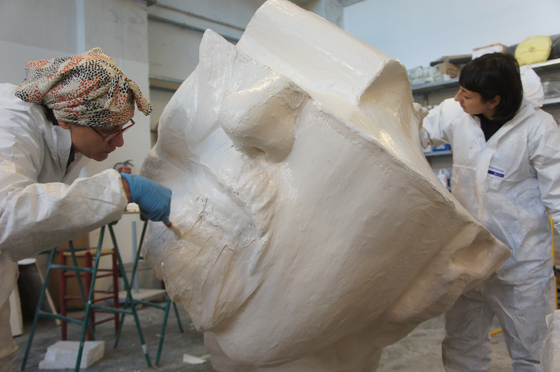 Retouching of the model 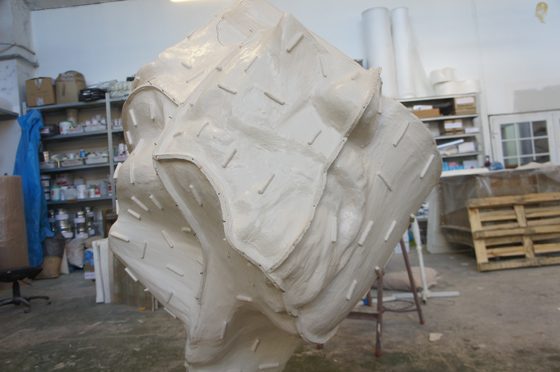 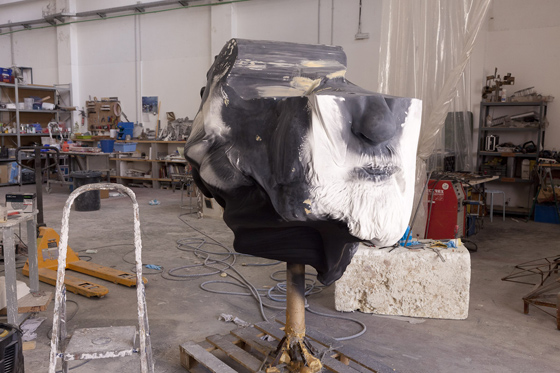 The final mould before the painting 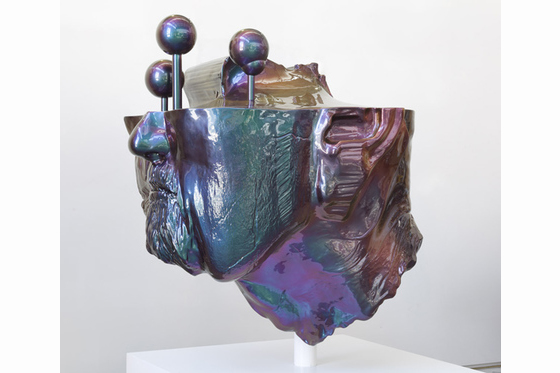 The final work of art 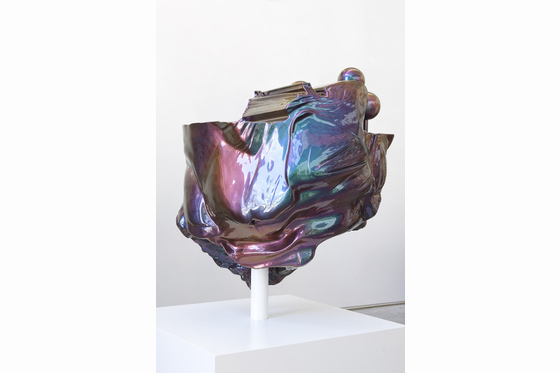 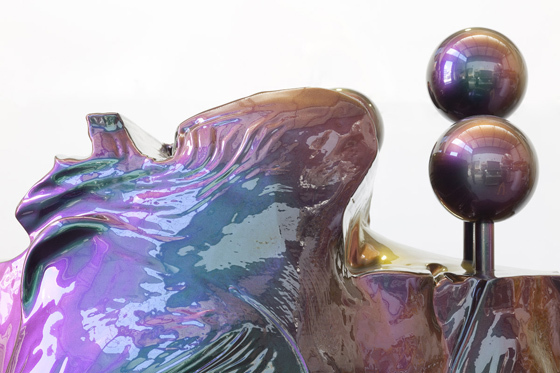