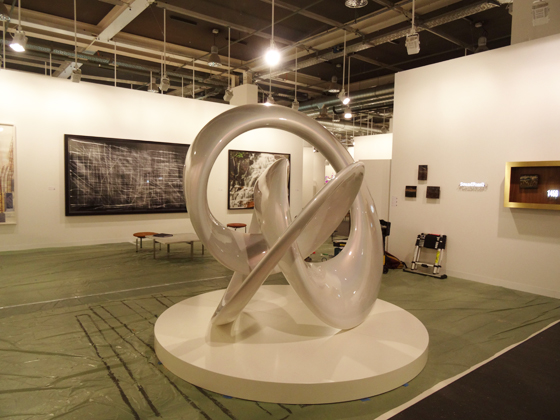 Cyclic is a new series of fiberglass sculptures, produced for Japanese artist Mariko Mori. Factum Arte has been commissioned to produce the first version of Cyclic and the work of art has been presented at Art Basel 2014 at the Sean Gallery Stand.
Cyclic I is about 220 cm height and weights 110 Kg. It was modeled as a 3D form in Mariko Mori's New York studio, and then routed by Model Porex. It was then sanded and filled in Factum Arte's warehouse and painted with a special holographic paint made by Lechler in Como. Finally Cyclic has been shipped to Switzerland to be exhibited at Art Basel 2014. 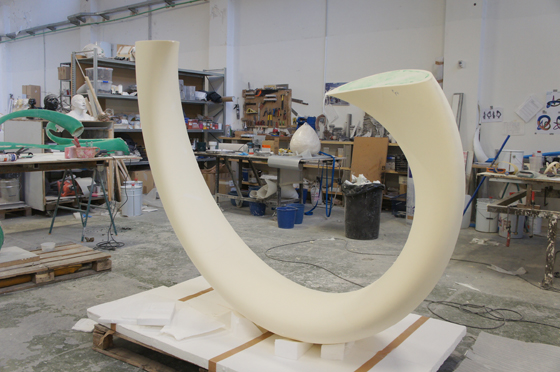 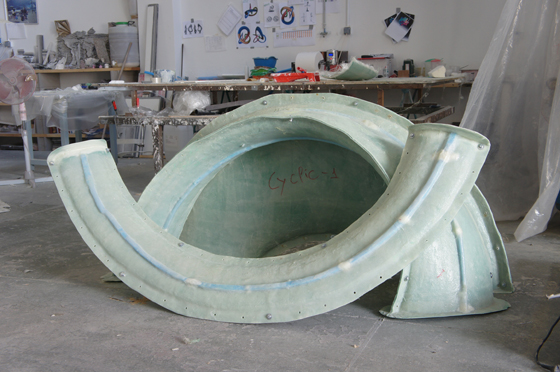 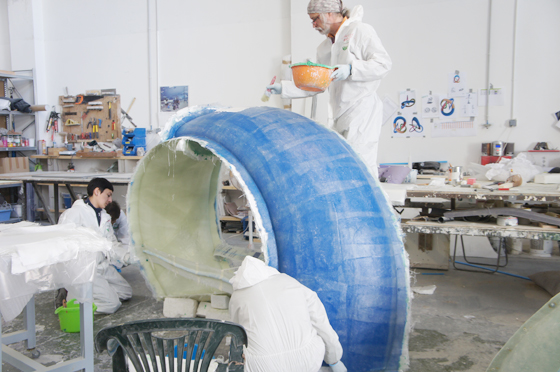 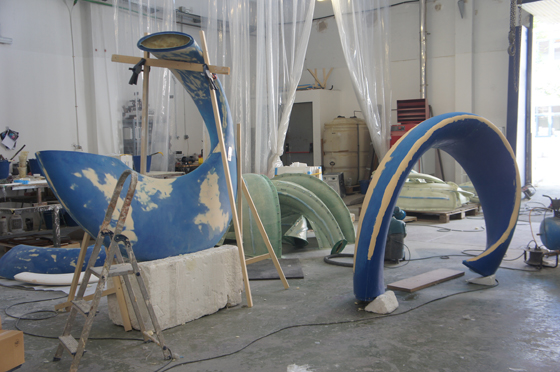 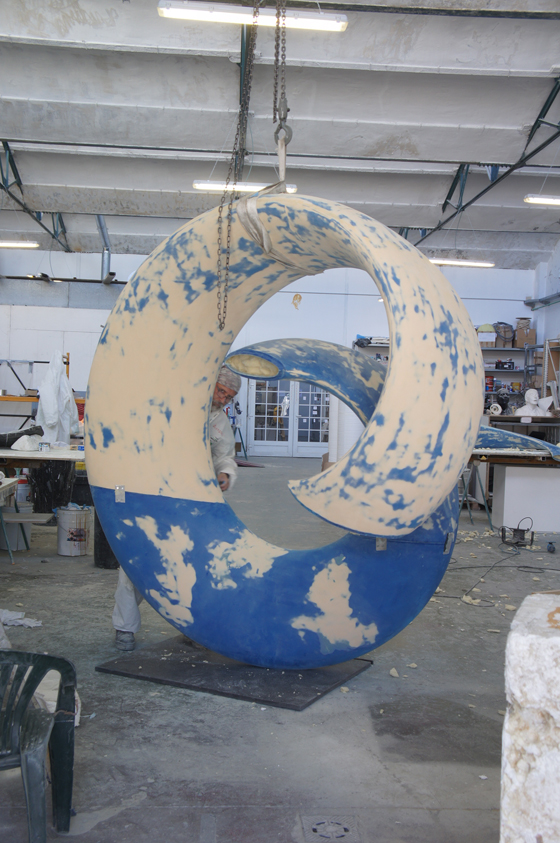 The process of assembly of the single parts 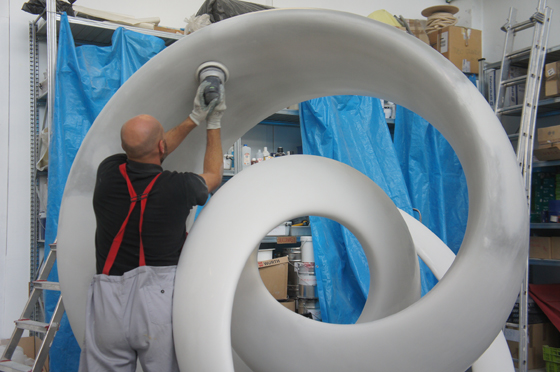 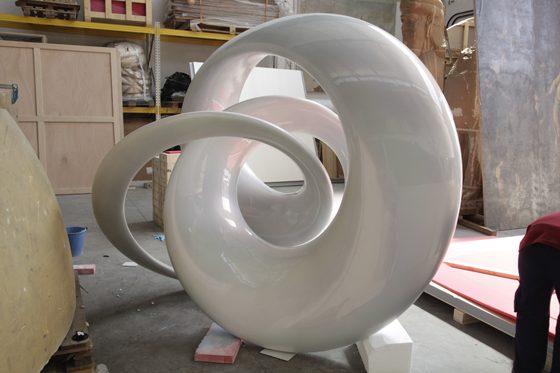 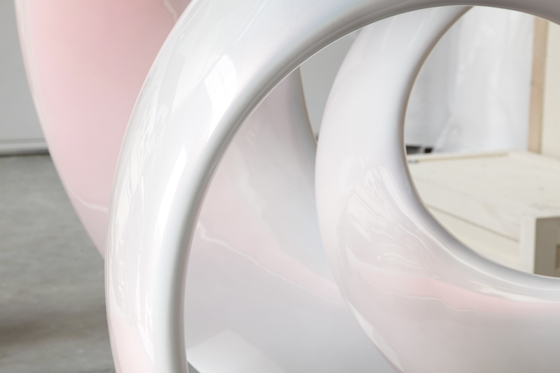 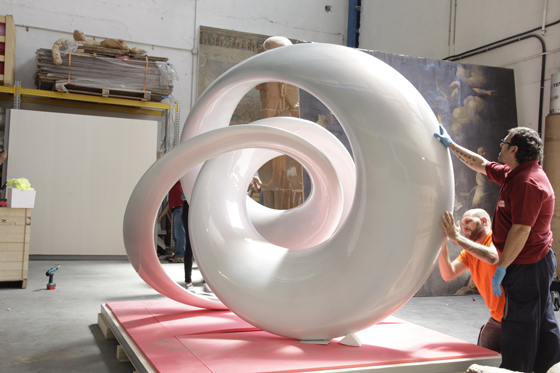 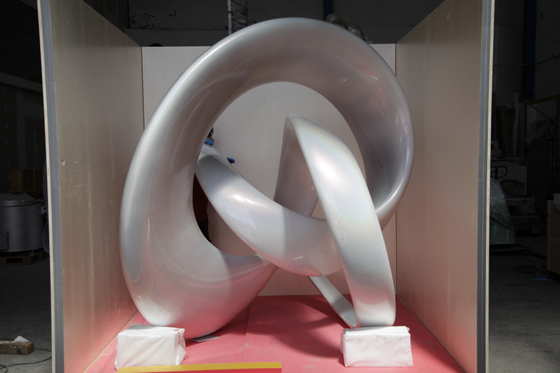 Cyclic ready to be shipped to Basel

The sculpture Cyclic has been produced in various different versions. Some Cyclic models have been presented for the first time during the exhibition Cyclicscape at Sean Kelly Gallery in New York, which runs from the 21st March till the 2nd May 2015.
Cyclicscape is Mori's first exhibition with the gallery. 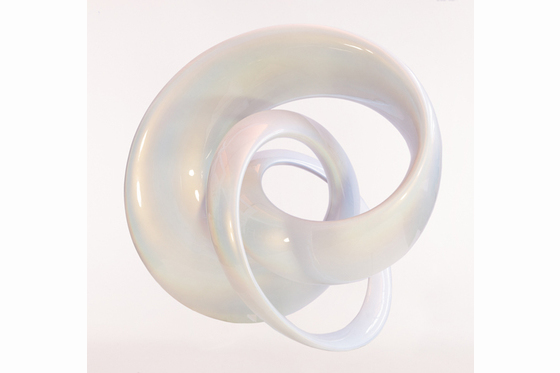 Cyclic II as exhibited in Cyclicscape at Sean Kelly Gallery 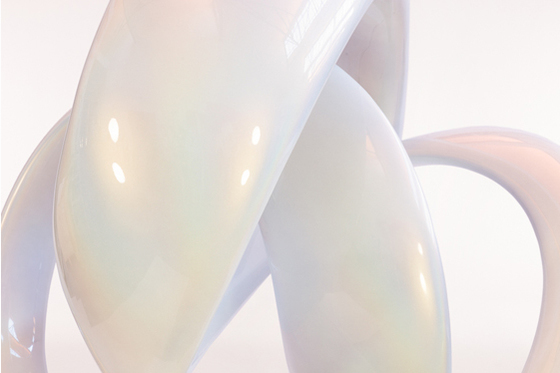 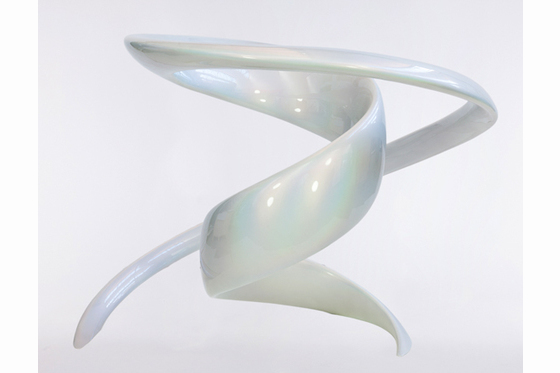 Cyclic XI as exhibited in Cyclicscape at Sean Kelly Gallery 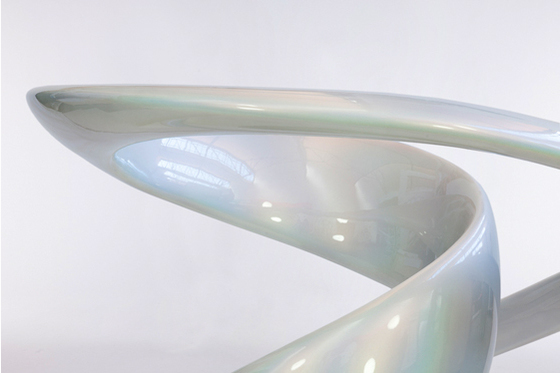