Gregoire Dupond has created a virtual animation of the 16 etchings from The Prisons (Carceri d'invenzione or 'Imaginary Prisons') by Giambattista Piranesi. This series of 16 visionary images, originally etched by Piranesi when in his late 20's, shows the workings of his imagination, merging his architectural ambitions with his obsessive interest in antiquity. 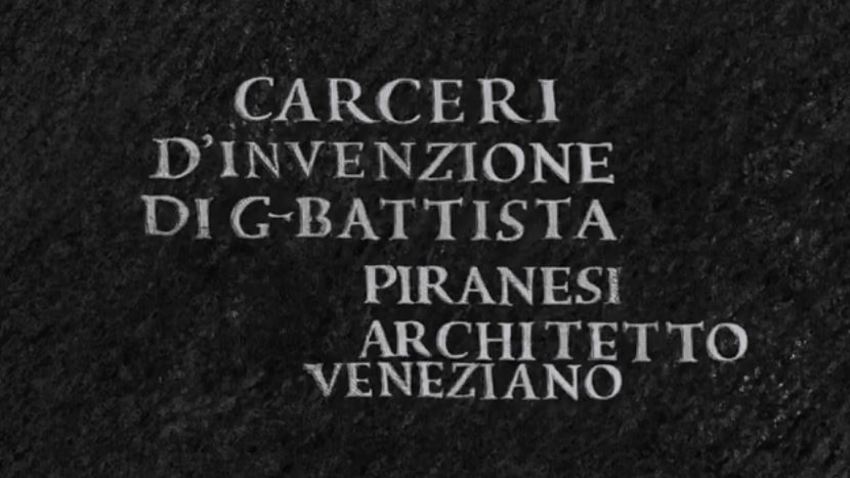 Above, the 12 minute animation of Piranesi's Carceri d'Invenzione series made by Gregoire Dupond at Factum Arte. Working from the second state of each print, a complex 3D environment has been assembled creating the sensation that you are walking into and around these contradictory and visionary spaces. The Carceri are the 'prisons of Piranesi's imagination'. Watching Gregoire Dupond's animation is literally like entering Piranesi's mind. 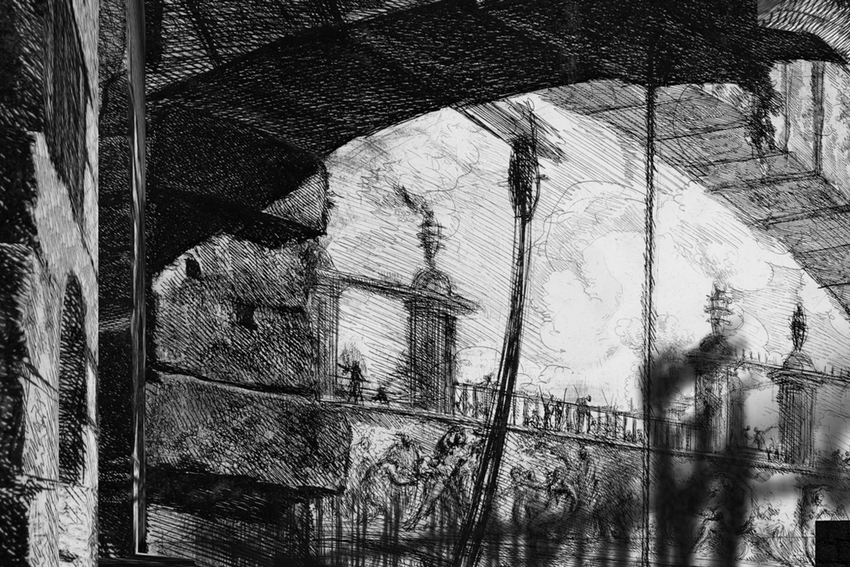 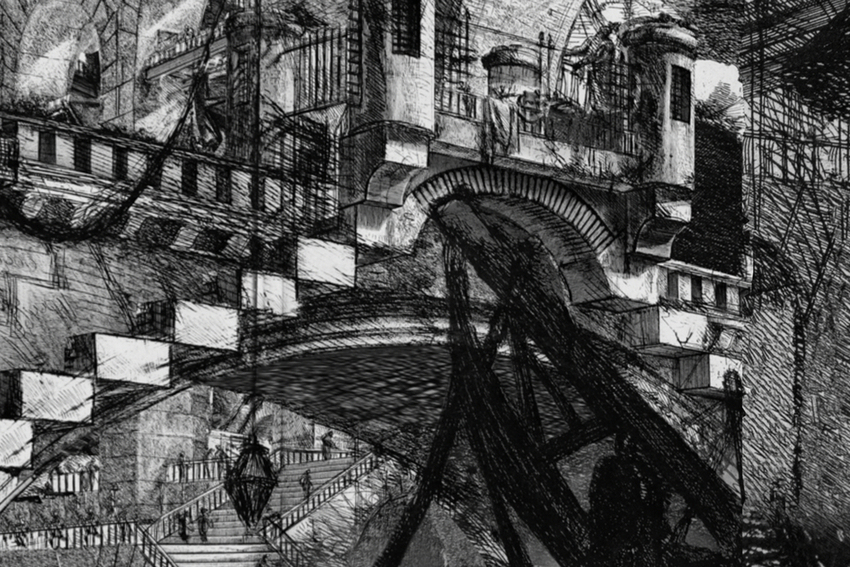 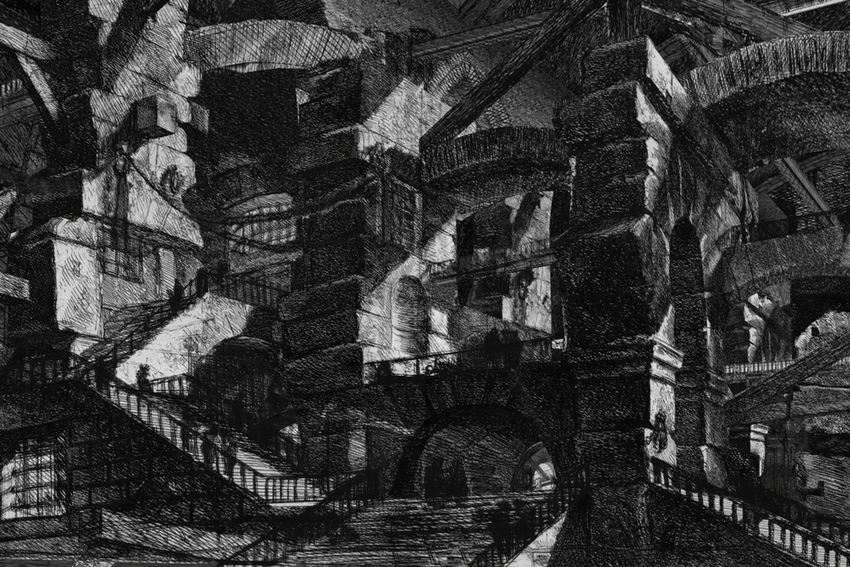 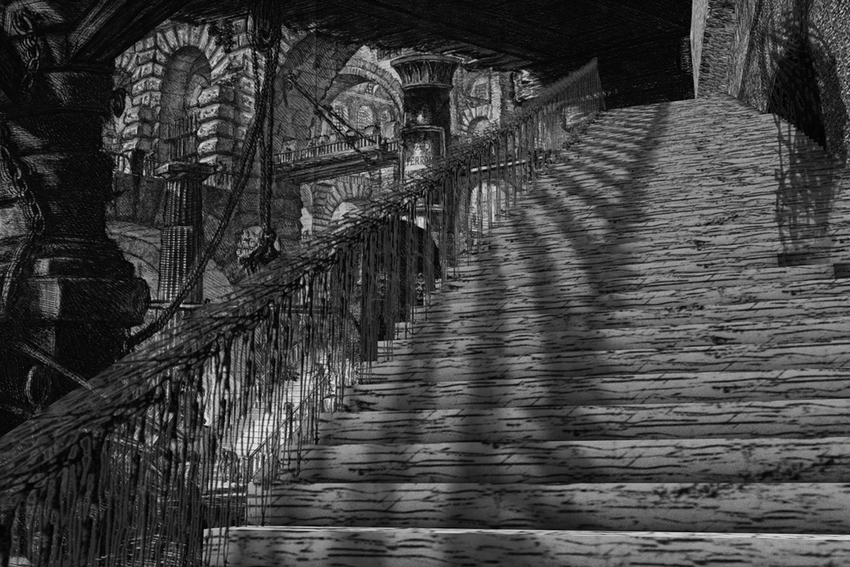 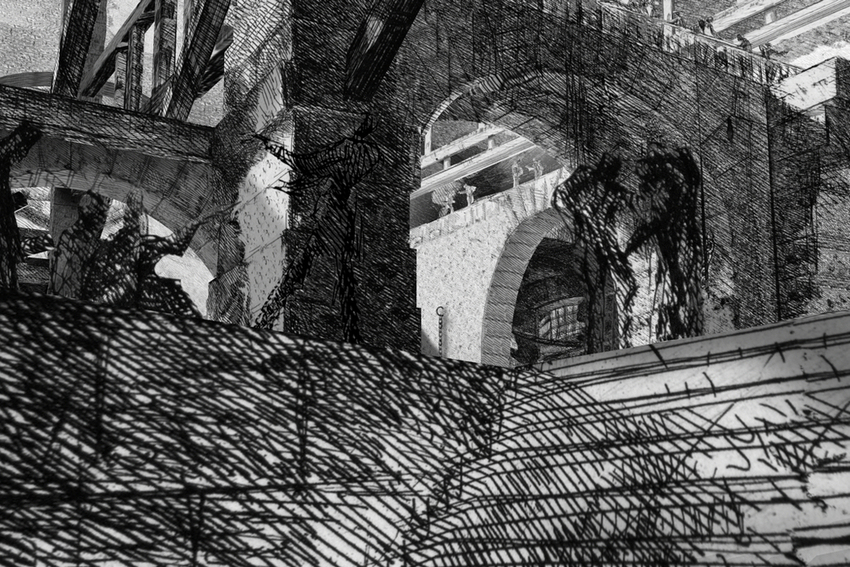 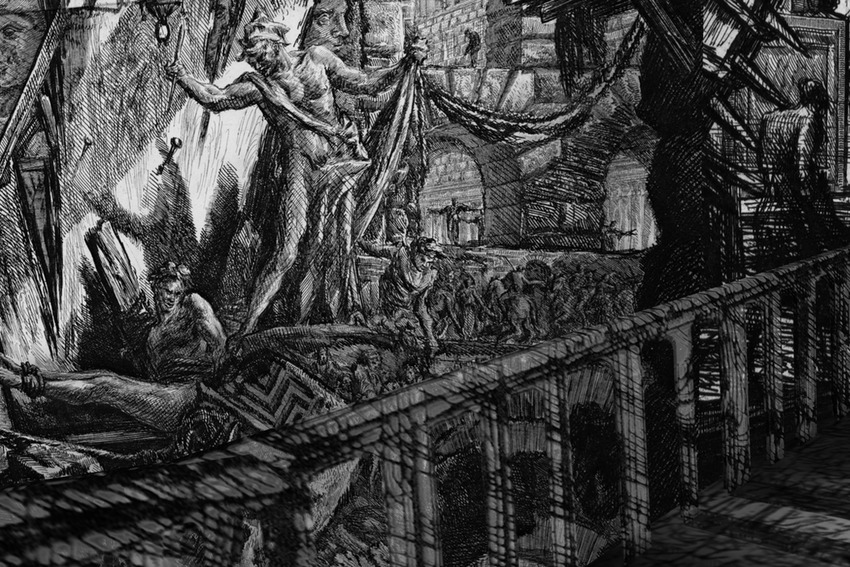 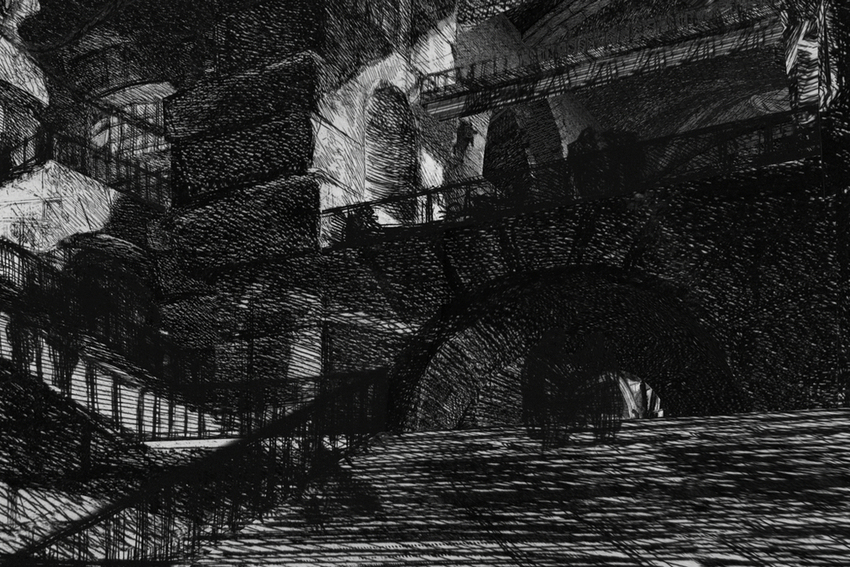 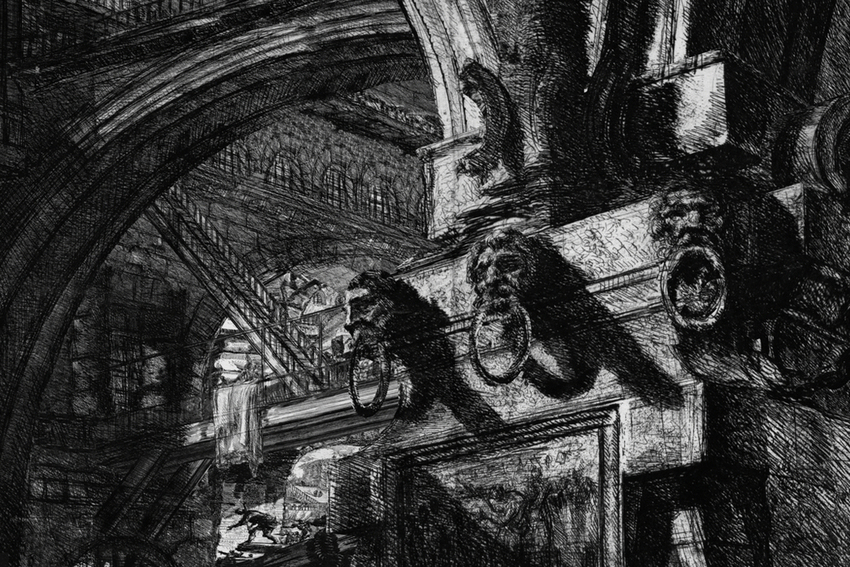 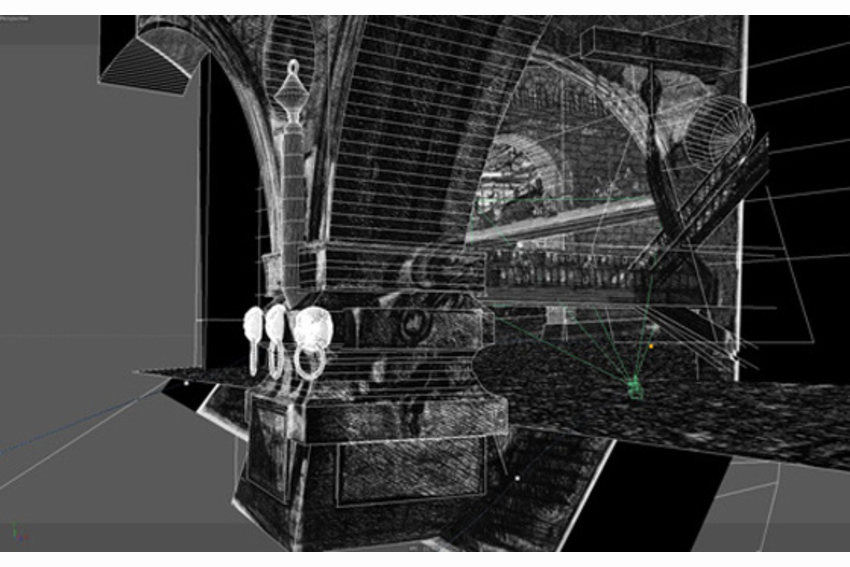 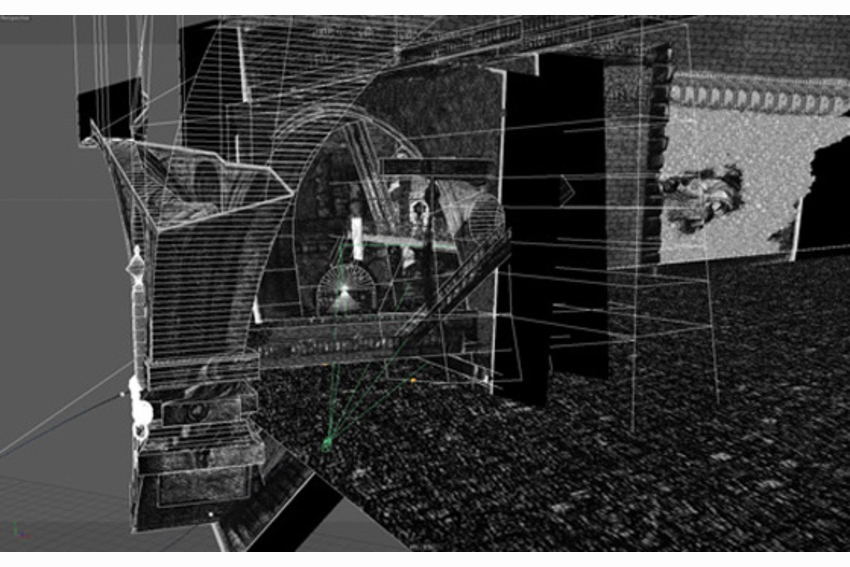 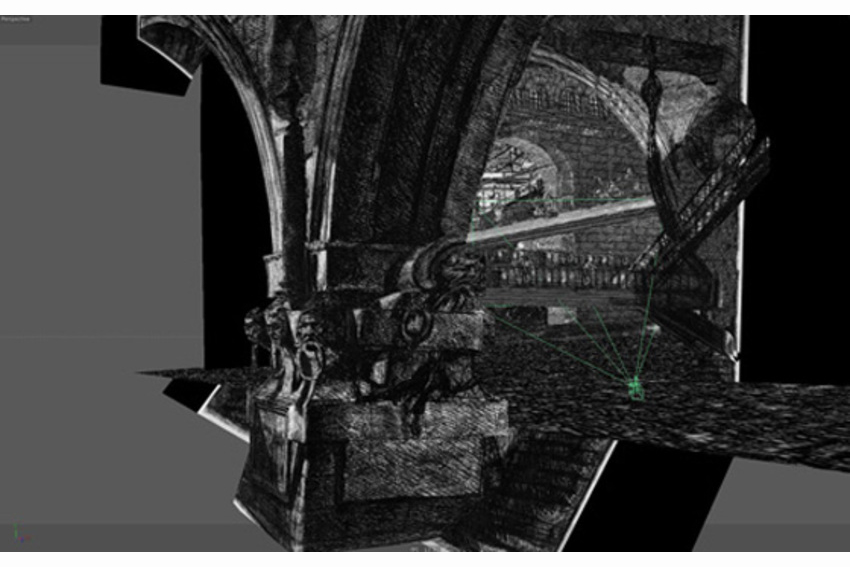 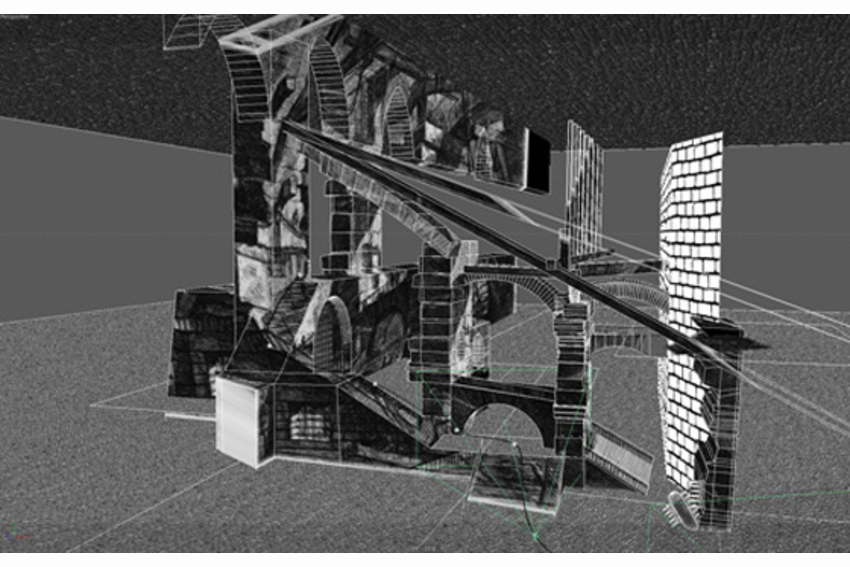 A CD containing both high-resolution reproductions of the prints and the complete video is available in our shop.