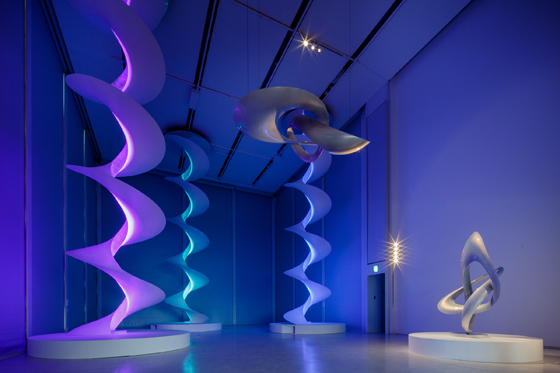 Following the success of the work Möbius presented at La Fenice in Venice, Factum Arte has been commissioned to produce a new series of works for Japanese artist Mariko Mori. This new series exhibited at Espace Louis Vuitton in Tokyo, includes a series of 3 spirals -each one made of twenty-seven single pieces- connecting from the floor to the ceiling and beyond through a camera/LED real-time monitored by the visitor. Around the Infinite Energy triptych, Mariko Mori shows 3 sculptures from her newest research: Renew sculpture I, Renew sculpture II and Butterfly, all of them produced at Factum Arte warehouses.

Infinite Energy was initially modeled as a 3D form in Mariko Mori's New York studio and afterwards printed by the Belgian company Materialise. The work of art was then sanded and filled in Factum Arte warehouse and taken to a spray oven where it was painted with a special holographic paint made by Lechler in Como, Italy. Every piece has been created at Factum Arte warehouse and weighs between 20 and 30 kg. The single parts have finally been assembled to inspect the finished work before being dissassembled again to be shipped to Japan. 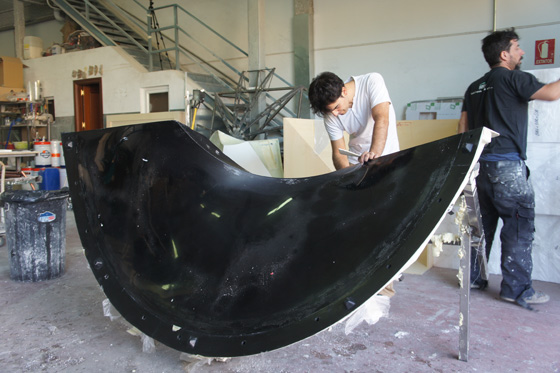 Cleaning of one piece of the mould 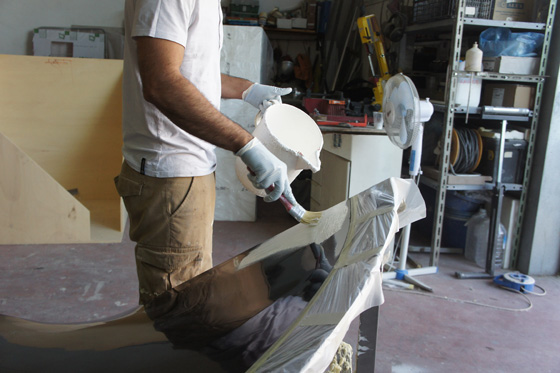 Applying epoxy to the mould 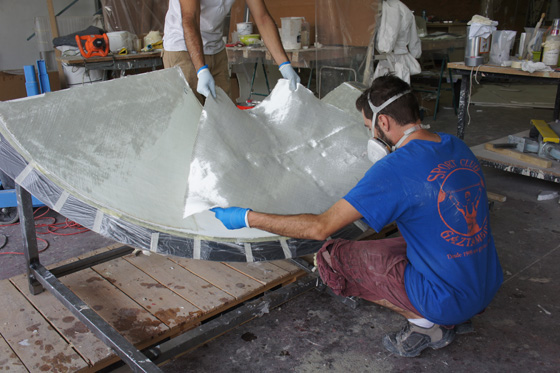 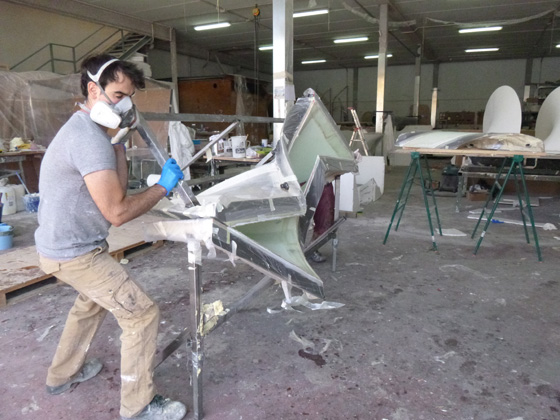 Closing the 2 sides of the mould 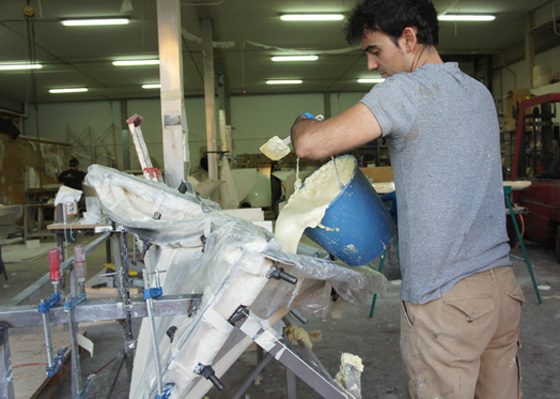 Expandable foam is poured inside the piece for internal support 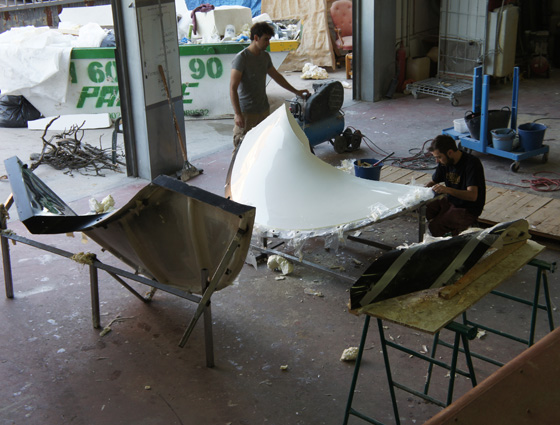 Taking the piece out of the mould 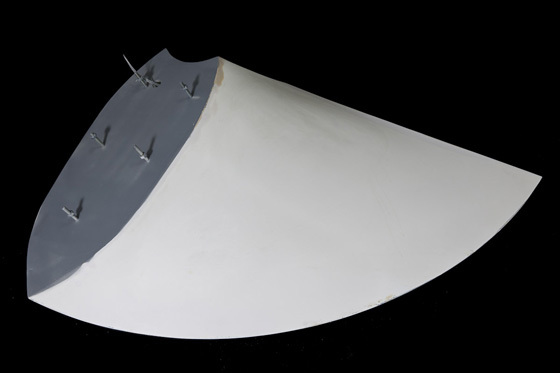 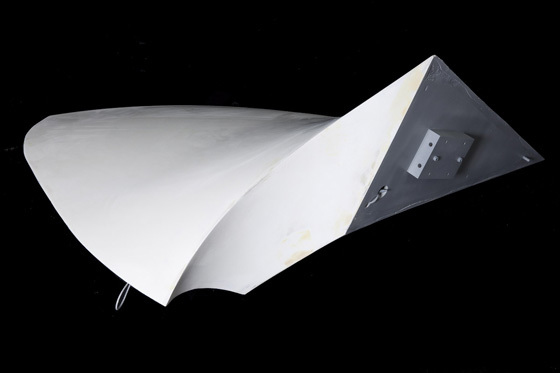 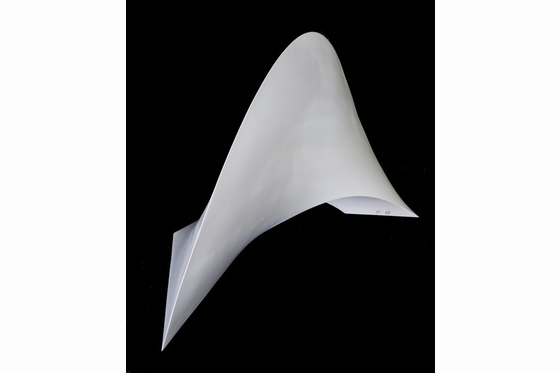 Fabricated pieces of the work ready to be assembled 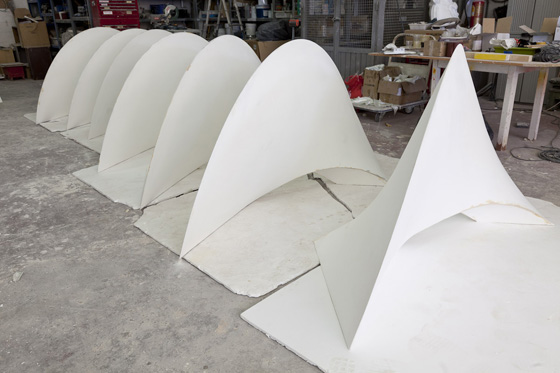 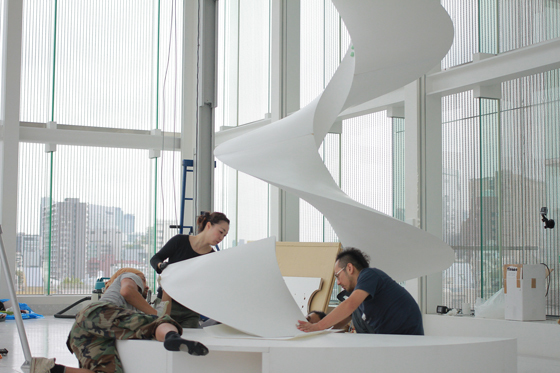 Installation of Infinite Energy at Espace Louis Vuitton in Tokyo 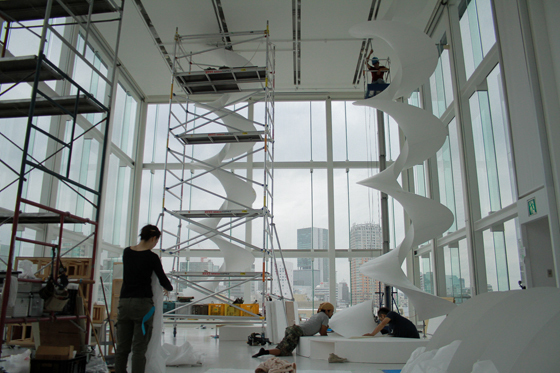 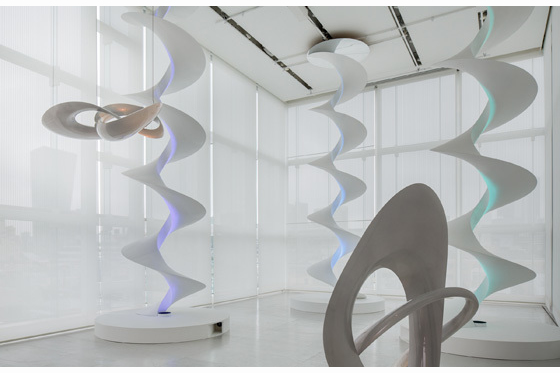