Möbius; for Madame Butterfly at La Fenice in Venice 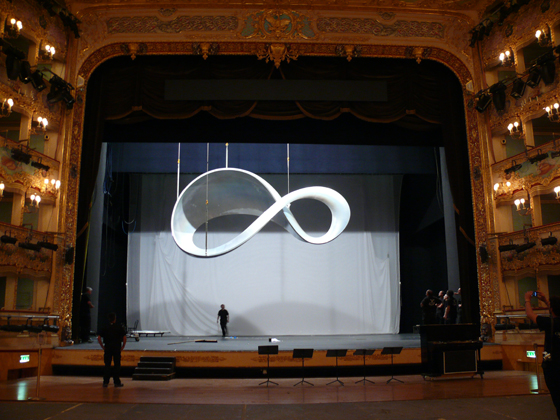 At the beginning of 2013 Factum Arte began a collaboration with Mariko Mori, following an introduction from Materialise, and since then started working on the production of a number of complex and ambitious works with the artist. Mariko Mori is a contemporary Japanese artist, author of installations that are inspired by the intersection of ancient Japanese cultural traditions and the most sophisticated contemporary media. The first piece produced by Factum Arte is a Möbius strip, a vast work of 650 kilos and 8 meter long which has been the main feature of Mariko Mori's stage design for Madame Butterfly, Giacomo Puccini’s opera which opened in La Fenice opera house in Venice on June 2013.

It was modeled as a 3D form by Yevgeny Koramblyum in Mariko Mori's New York studio, and then routed into fire-resistant polystyrene by Model Porex in northern Spain on a large scale six-axis router; it was surfaced, structured and cut into sections so that it could fit under the bridges in Venice. In Factum Arte warehouses it was repeatedly sanded, filled and re-sanded until a perfect coherent form was achieved. It was then taken to a spray booth/oven where Airbus parts are normally painted and covered with layer after layer of a special holographic paint made by Lechler in Como, Italy. It was finally transported and re-assembled on the stage of La Fenice without any visible joins.

Möbius was presented for the first time on the stage of the famous venetian opera house (which was completely rebuilt after the devastating fire of 1996) , turning and twisting as animated by the lights of La Fenice. Sometimes appearing dark and brooding against a coloured white background, and others with a white colourful form against a grey backdrop. 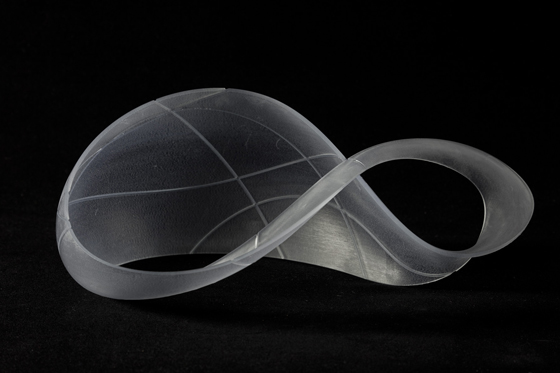 Resin model of the sculpture 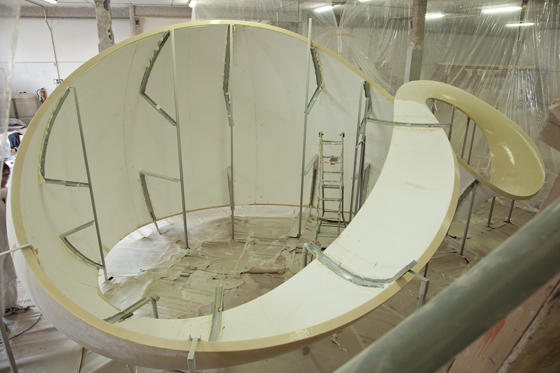 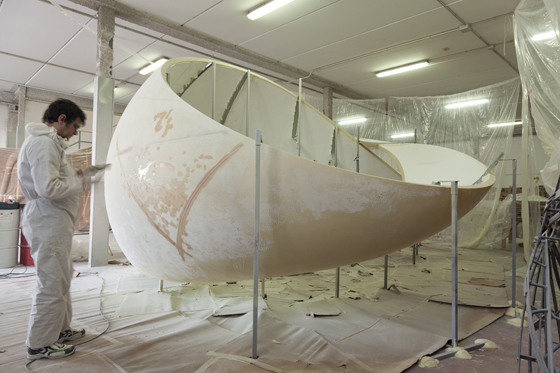 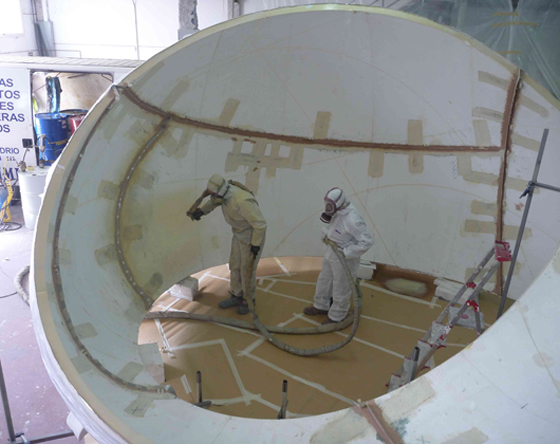 Assembling sections of the sculpture and reinforcing it with metal plates 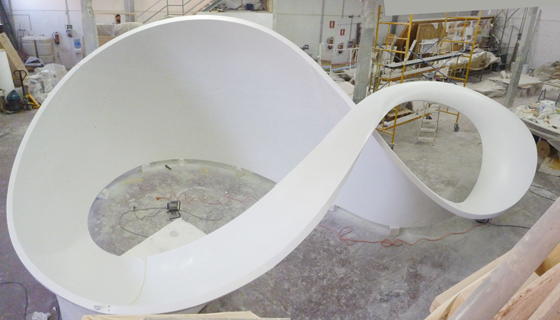 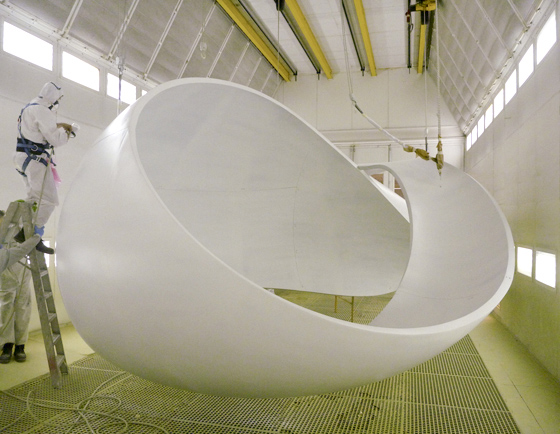 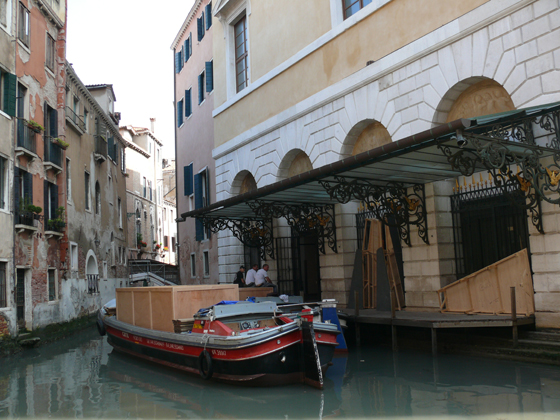 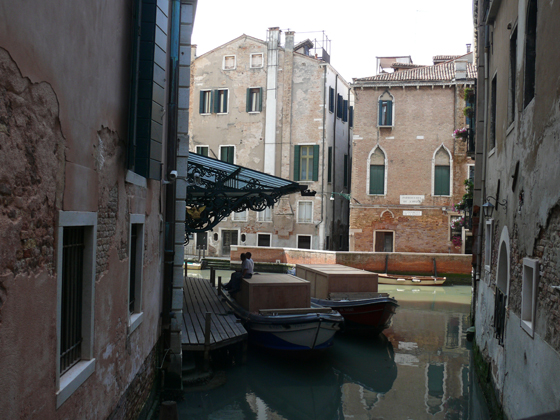 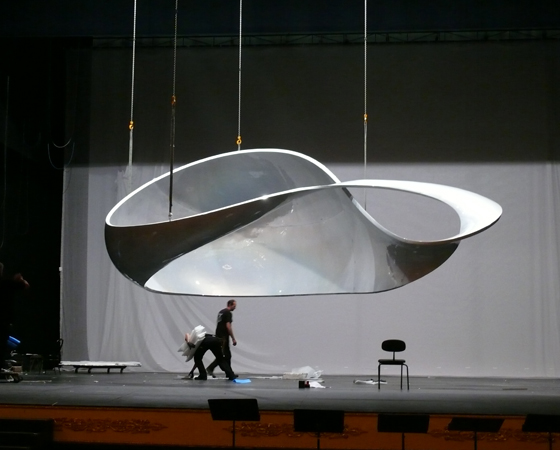 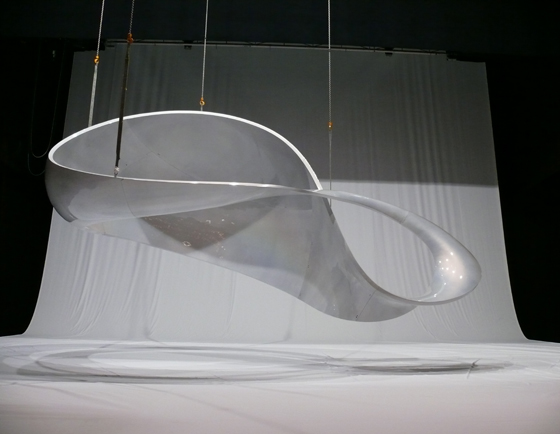 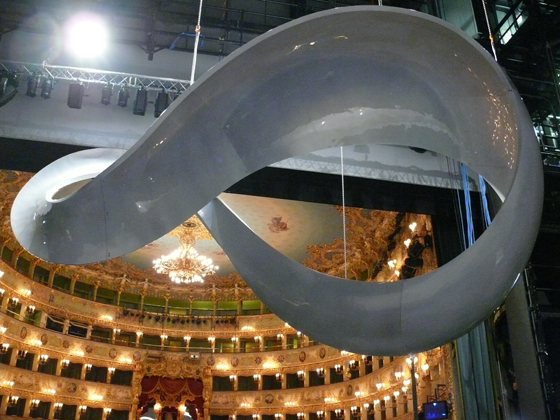 Möbius as installed at Teatro La Fenice in Venice