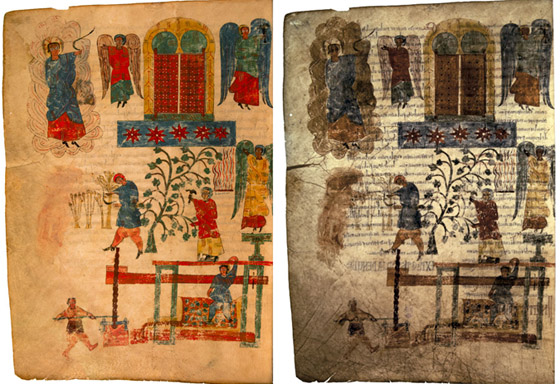 Towards the end of 2003 Factum Arte produced the digitalisation of the manuscript Beato de Liébana, also called the Beato Primero, at the Biblioteca Nacional in Madrid . The objective of this digitalisation is its conservation and diffusion as well as the creation of a 1:1 facsimile of the ten most important pages of the manuscript. 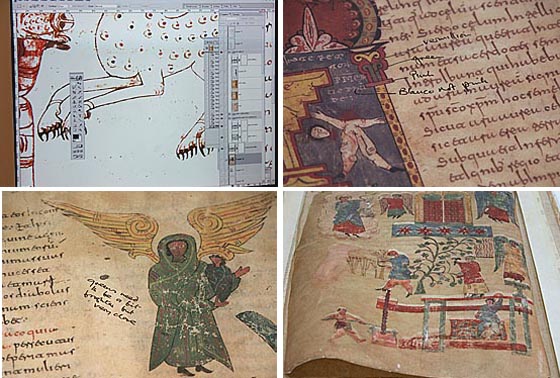 Above: Colour annotations made over printed vellum compared against the original in the Biblioteca Nacional.

The manuscript, Vit 14.1, was recorded under the most rigorous conservation standards while open at an angle of less than sixty degrees. The well-being of the book was paramount at all times. During the recording the manuscript was treated as an object and not as a repository for textual information.

The manuscript was recorded using an Advanced Paper Imaging System and at all times the manuscript was supported in a ninety degree book cradle with foam supports for the spine. It was only handled by the conservation staff at the museum. No vacuum was used to flatten the pages during photography and only minimal contact with the glass of the APIS was acceptable. Two cameras were used in the recording, the Phase One H25 mounted onto a Hasselblad body with a 50 mm Hasselblad lens and the Solar M3 with a 47mm Schneider digital lens.

The binding and one page from the manuscript were laser scanned using Factum Arte´s Seti Scanner. All laser scanning was carried out at a resolution of 100 microns and the data was used in its unmeshed form. All the data was routed by Delcam UK at a resolution of 100 microns and the results were cast and used to emboss both sides of a sheet of vellum. 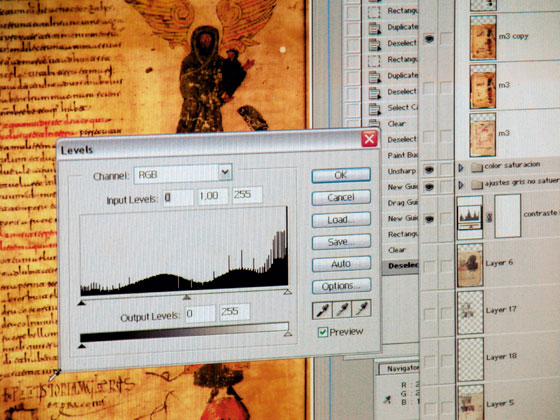 Above: Adjusting in photoshop. 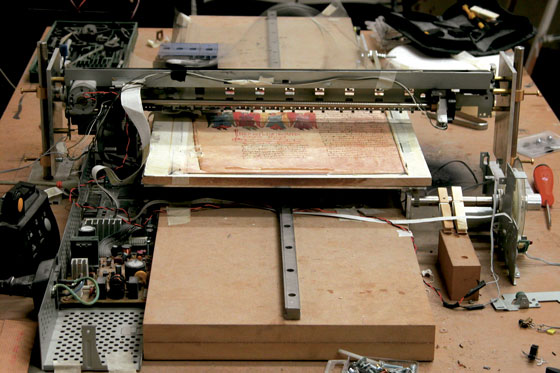 Above: printing on the flat printer. 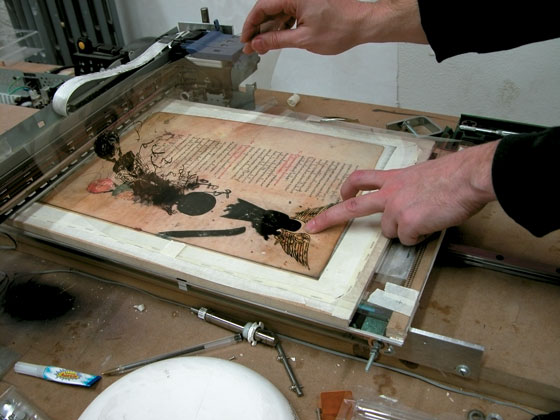 Above: Registering the image into the vellum. 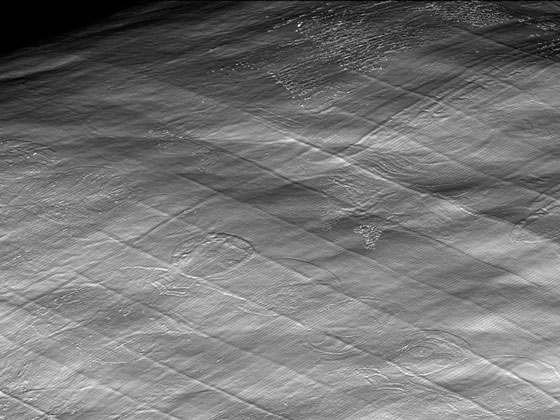 Above: 3D rendering of the surface. 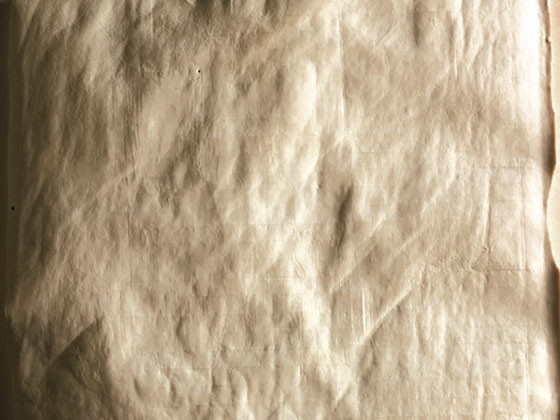 Above: Relief of the page 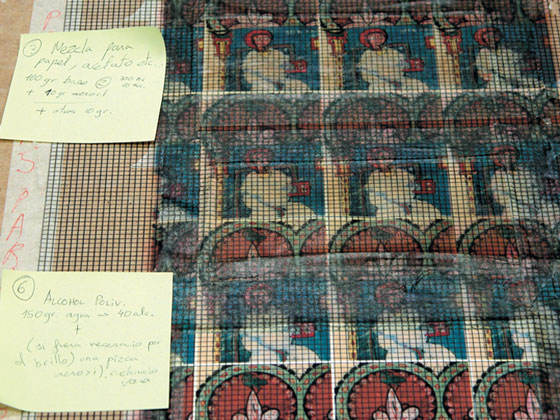 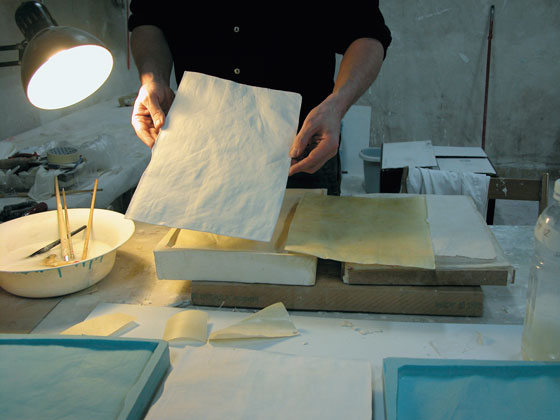 Above: molding the vellum