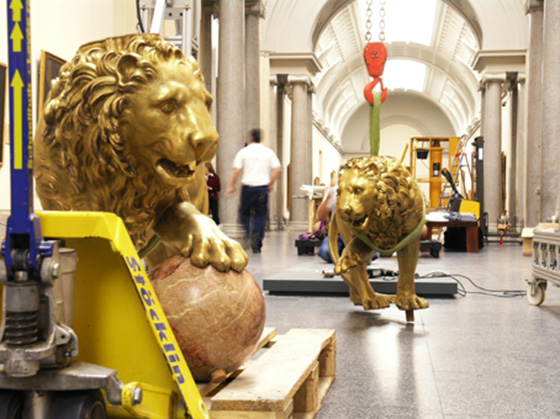 Factum Arte was involved in a conservational project with the Prado Museum to replace the lost bronze lion which formed part of the base of a table commissioned by Velazquez in 1651 from the Italian artist Matteo de Bonarelli. The original piece was situated in the Alcázar in Madrid until it caught fire. In the fire one of the bronze lions was destroyed and was replaced with one made of lead. During the recent cleaning of the table it was decided that the lead copy should be replaced by a bronze cast.

Factum Arte produced silicon moulds from the existing lion at the opposite corner of the table. At the same time a photographic study was to record the surface of the gilded bronze lions after cleaning.

From the silicon mould, a bronze lion was cast at Fadamesa, a foundry in Madrid that has worked closely with Factum Arte on several projects. It was decided to use the same techniques to cast and gild the lion as those originally used by Bonarelli in 1651. As a result a lost wax process was used to cast the lion in bronze. 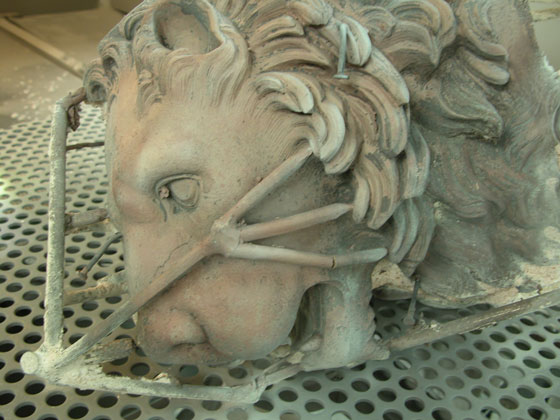 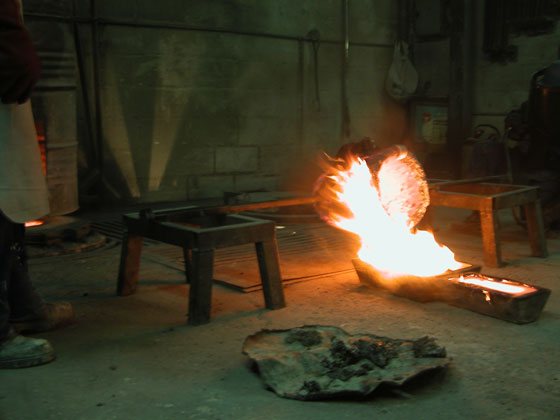 The gilding was undertaken using gold fused to the surface of the bronze with heat. The impurities in the mixture condition the final colour of the gold that was carefully matched to the originals. 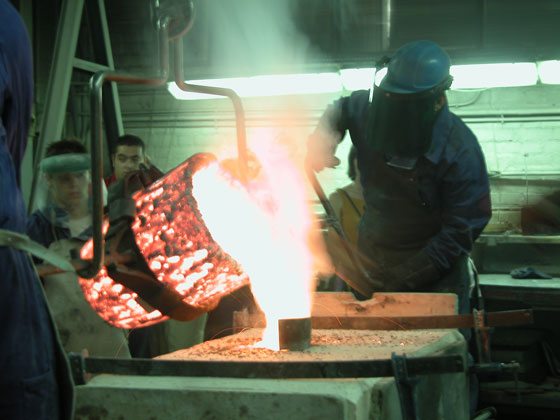 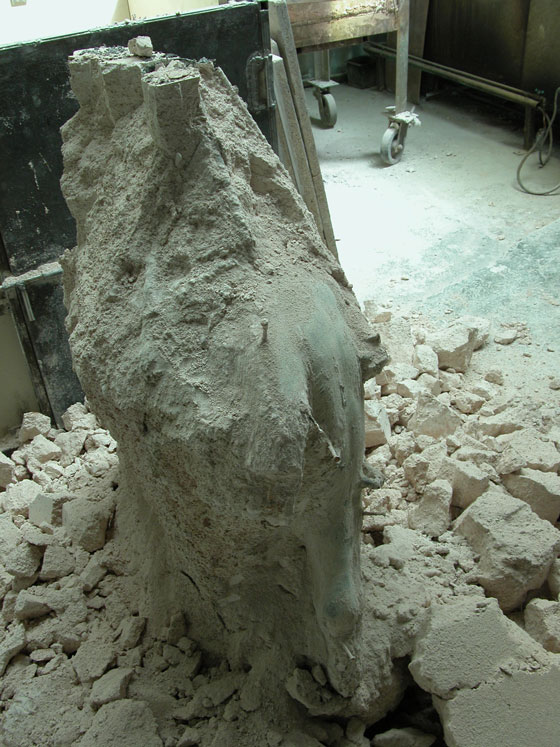 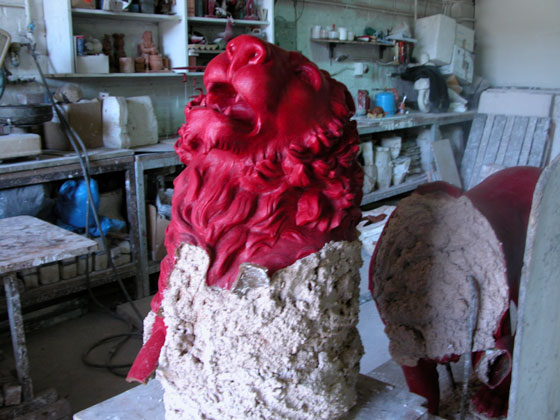 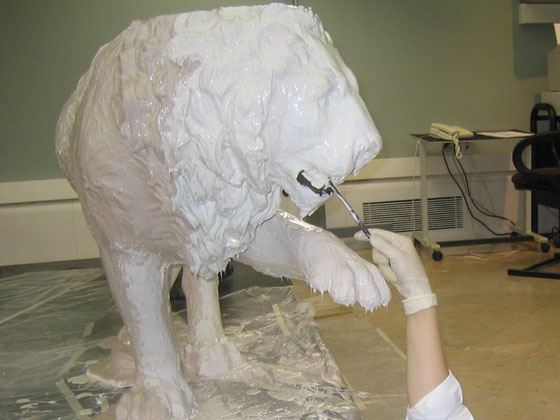 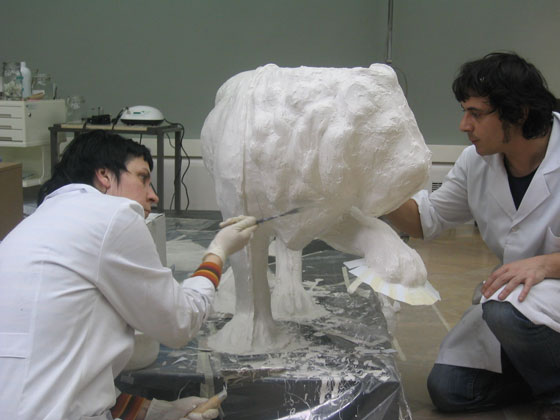 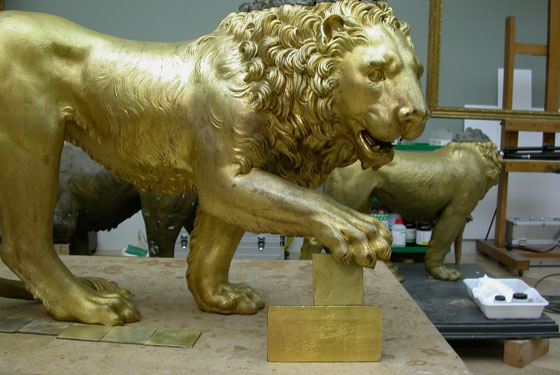 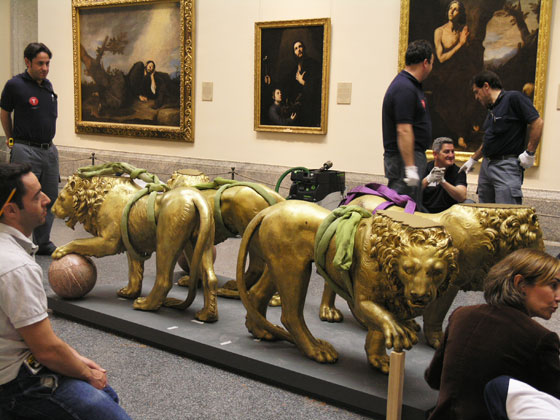 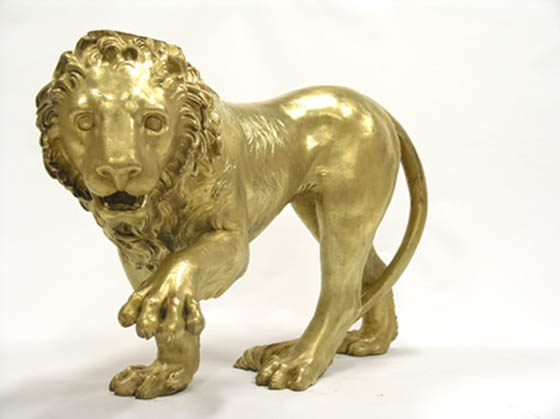