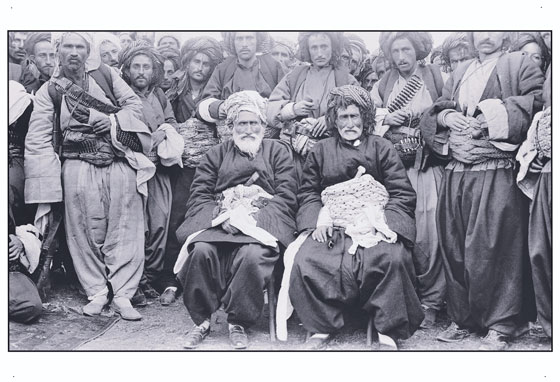 As a seismic geologist, John Tchalenko travelled to Iran after a devastating earthquake in 1968, this was the moment he first came across the traces of Alexander Iyas, the Tsar's Consul in Persia. Back in London, on researching the Secret & Confidential Foreign Office archives, he uncovered information on Iyas, in particular his untimely assassination, which made him realise that Iyas had been his great-uncle. Fortunately, Iyas' nieces in Finland had looked after Iyas' belongings, including the collection of his delicate nitrate negatives, some of which had been recovered on a Turkish officer killed during the battle of Tabriz in January 1915. This archive has now been donated to the Finnish Museum of Photography in Helsinki.

These prints have been made from the original negatives using a mixture of new technology and traditional gum bichromate printing. The negatives were digitally scanned in Helsinki by Virve Laustela and the files sent to Boris Savelev in Moscow.

Bosis Savelev worked with the digital information preparing one file to be digitally printed and three negatives of different densities to be printed over the digital base in three tones, a sepia, a warm black and a cold black. Throughout every stage of the process the registration was critical and the edge of each print, outside the image area, clearly reveals the method of registration and printing.

The paper that the images are printed onto is a handmade Two Rivers paper produced specifically for the 200th anniversary of the Royal Watercolour Society. It was commissioned by John Purcell Paper, London and carries a special watermark.

The digital prints were printed at Factum Arte, Madrid by Kevaln Haslon and Adam Lowe on the modified Epson flatbed printer. The gum bichromate printing was carried out in Moscow by Boris Savelev and Juri Glagotev.

The box-making, blind-embossing and mounting was done by Rob Hadrill at Book Works, London

Thanks to Asko Makela,director of the Finnish Museum of Photography for help in all stages of the development of this publication.

Published in 2006 in an edition of 15 sets of 12 images. These sets are numbered I - XV in roman numerals. In addition there are three proof sets numbered PPI, PPII and PPIII

Each print in the edition is initialed using a stamp belonging to Alexander Iyas. 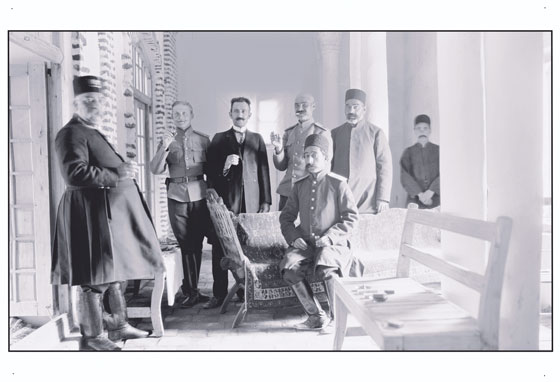 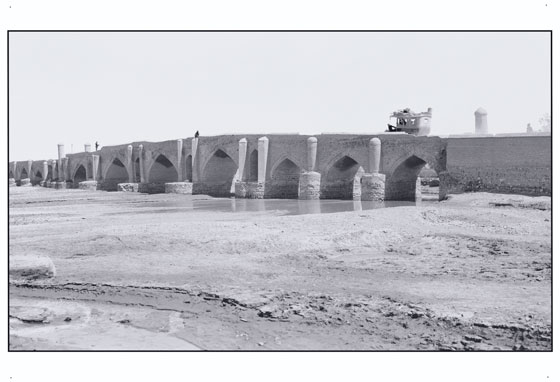 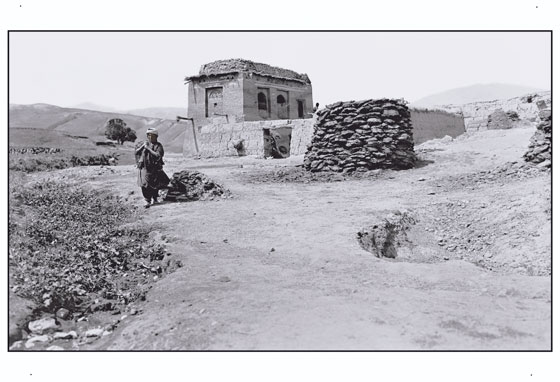 Alexander Iyas was born on 27 September 1869 of Finnish parents in the small coastal town of Lovisa in Finland , then part of the Russian Empire. Although his family was of modest means - Alexander's father was a tailor - and without aristocratic connections, he was sent to the Officer Cadet School in Hamina, from where he graduated to join the Lithuanian Regiment of the Tsar's Guard in Warsaw . In 1898, after three years in the Eastern Languages unit of the Ministry of Foreign Affairs in St Petersburg , he was appointed Staff-Captain with the 2nd Turkestan Army Corps in Ashkhabad . He had by then become fluent in the Afghan languages of Urdu and Pashtu and, as noted by the renowned scholar of Persian history, Vladimir Minorsky, he "not only spoke Persian, but wrote flawlessly as well; ... and, what is even more extraordinary for a European, he wrote in excellent Persian calligraphy." From this period we have his first known photographs of nomadic life and market traders in Ashkhabad , Tashkent and the Pamirs.

In March 1901 Iyas was sent on his first assignment to North East Persia as Head of Anti-Plague Protection Unit. He was stationed with a Cossack Brigade of 22 men in the small town of Turbat-i Haydari where his task was to inspect the trading caravans coming from the South and liable to be carrying bubonic plague to Russia. The British, however, were convinced that this assignment was simply a ploy to expand Russia 's dominance southward into a region which they - the British - considered to be their own. A British Consulate was therefore opened in Turbat with principal mission to report weekly on Iyas, and for three years the small forsaken town at the edge of the Lut desert housed two Europeans who totally ignored each other's presence. Then, in May 1904, His Britannic Majesty's Consul, Captain C.B. Winter, noted "On the 24th we dined with Captain Yass (sic), who did us very well, and kept us up until midnight, and then insisted on seeing us home, where we had whiskeys and sodas and talked for another hour." Thus the Great Game, as became known the rivalry between Britain and Russia for the domination of Central Asia , was played out on the ground between the respective envoys. For the next eight years Iyas produced a detailed geographical gazetteer of the region, documented photographically his environment and waited in near despair for his transfer. He acquired the new Kodak Panoram camera with which he took several super-wide 150 degree photographs of himself standing at the centre of his Cossack escort.

When he finally received his transfer orders in 1912, it was to proceed to Persian Azerbaijan near the Turkish border and inaugurate the newly created post of Consul in the town of Soujbulak . By then the Anglo-Russian Agreement of 1907 had, on paper at least, ended the Great Game and officially assigned this mainly Kurdish region to Russia 's "zone of influence"- a euphemism for an often brutal military, political and economic rule. Two Russians were, however, adamantly opposed to this extreme imperialistic approach: Vladimir Minorsky, diplomat and political advisor to the Foreign Ministry, based first in Tabriz and later in Constantinople , and Alexander Iyas. Both were fluent in the Kurdish dialect Kurmanji, passionately interested in the social-cultural history of the region and convinced that the only way to keep Turkey from military invasion was to encourage peaceful negotiation between the warring Kurdish tribes and enforce fair treatment of the local population by the often corrupt Persian administration. In some remarkable reports to the Ministry in St Petersburg , Iyas described in fascinating detail his journeys into the mountains bordering Turkey to negotiate the settlement of tribal disputes. Fortunately for us, he always carried his cameras with him, recording the people, places and events encountered, and sometimes, his own presence within these events. Photography seems to have been for him a personal business; only rarely did he append pictures to his reports, although he often printed postcards to send with greetings back to his mother and sister in Finland .

When WWI broke out in Europe and Turkey sided with Germany against Russia , the situation in the Kurdish provinces of Persian Azerbaijan became increasingly explosive. In November 1914 Turkish troops crossed the border to join up with Kurdish bands and Soujbulak was captured on December 3rd. Iyas, now Lieutenant, withdrew with the few Russian and Persian Cossacks under his command to the near-by town of Mianduab . On the 29th, as the Turkish and an ever-increasing number of Kurdish tribesmen prepared to attack again, Iyas ordered a general retreat of his forces, but he returned to retrieve some items from the house where he had been temporarily residing. There he was shot, beheaded, his head lanced and paraded in front of the irregular army which now moved North to capture the provincial capital, Tabriz. General Myshlayevsky, Head of the Caucasian Army, panicked and ordered a retreat of all Russian troops from Persian Azerbaijan. But less than three weeks later Tabriz was retaken, and after the battle of Sufian, Iyas' portable icon, his wax seal, some medals and photographic negatives were found on a fallen Turkish officer. These were all eventually returned to his sister in Lovisa, stored in a suitcase and, as the years passed, forgotten.