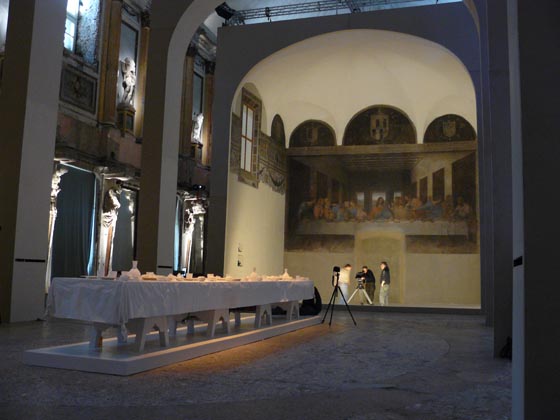 View of the exhibition facsimile

Change Performing Arts (Milan, Italy) commissioned Factum Arte to produce of a 1:1 facsimile of Leonardo da Vinci´s Last Supper in Santa Maria delle Grazie, Milan. The facsimile, derived from high resolution colour photographs taken by HAL9000 (Novara, Italy) is an accurate copy of both the surface of the heavily conserved original and it's colour. The complete facsimile, including sections of the ceiling, side walls and three dimensional objects was installed in the Palazzo Reale in Milan as part of a live performance by Peter Greenaway and Reinier van Brummelen. It was originally planned to show from the 14th to the 21st of April 2008 but was extended due to popular demand. 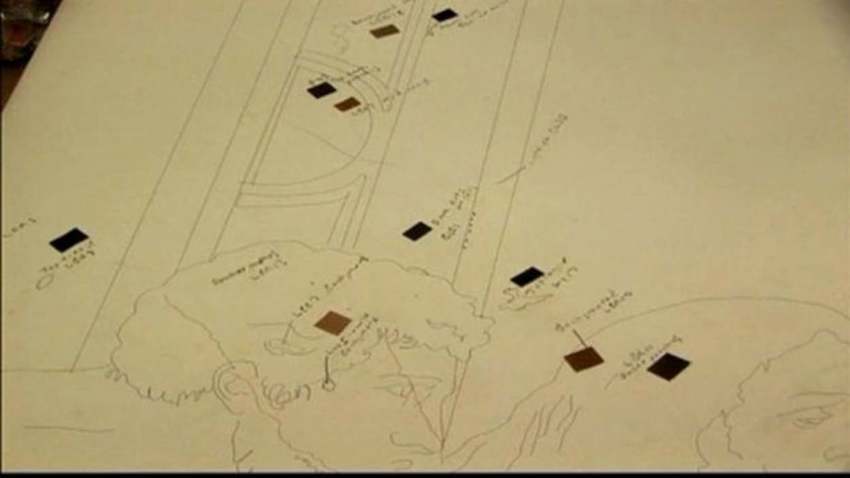 Extracted From Vittorio Sgarbi's text to accompany Peter Greenaway's projection onto the Last supper in the Sala delle Cariatidi.

¨...Leonardo would have been delighted, intrigued as he was by all experimentation and each novel technology, including his quest for a new fresco method. Yet, besides Greenaway, his surprise would be even greater today, not as much for having to reproach himself at the sight of the wretched conditions of his masterpiece - a shadow of its past, veritable Shroud of a lost body - as for the miraculous copy, the clone, indistinguishable from the original, currently dominating the Sala delle Cariatidi, in Milan's Palazzo Reale: a reconstruction that is not ideal but physical, material.The technique is the same that filled us with awe and admiration in the refectory of San Giorgio in Venice before Veronese's The Wedding at Cana, the massive canvas that was taken to the Louvre and came home as a transferred effigy as by miraculous bilocation. Not a reproduction therefore, but a bewildering duplication, likely to be mistaken for the real one. [...] To avoid being disloyal to Leonardo and give his art its due we shall have to allow his colleague's projections to practice once, without taxing it, on the original; no more original however than its truthful double.¨ 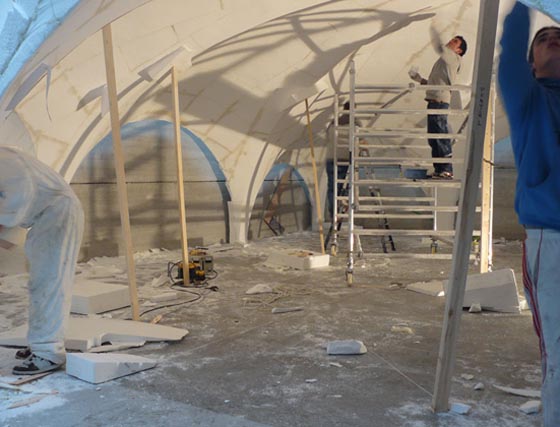 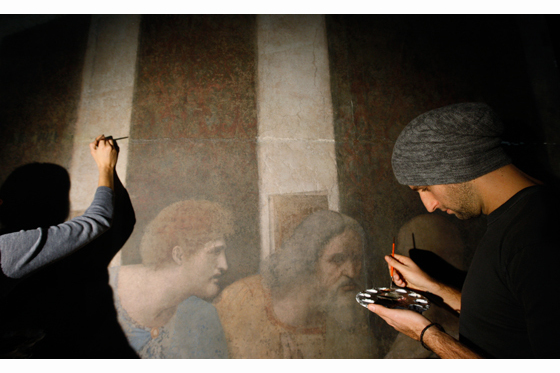 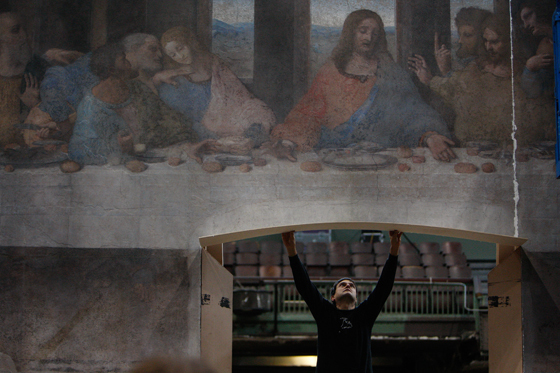 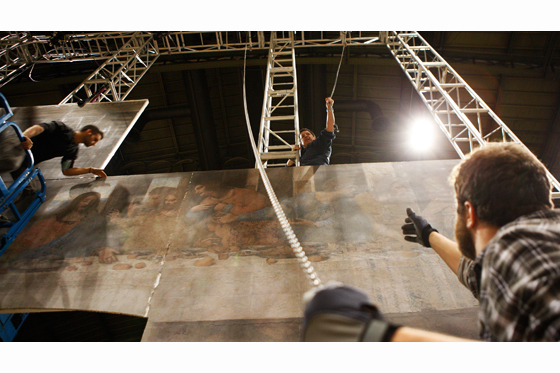 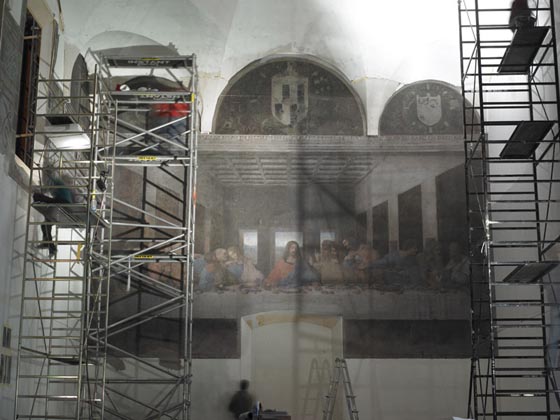 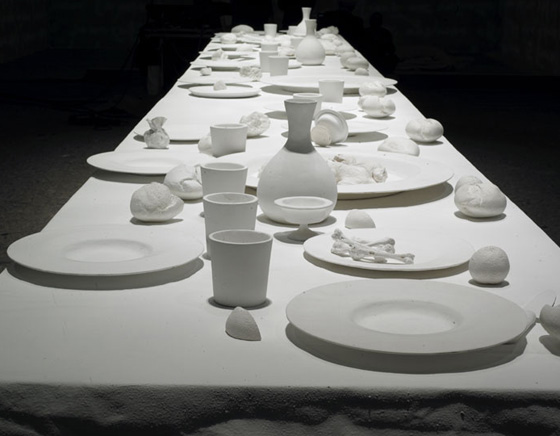 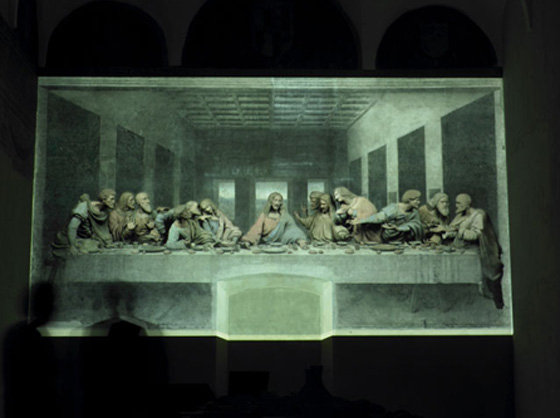 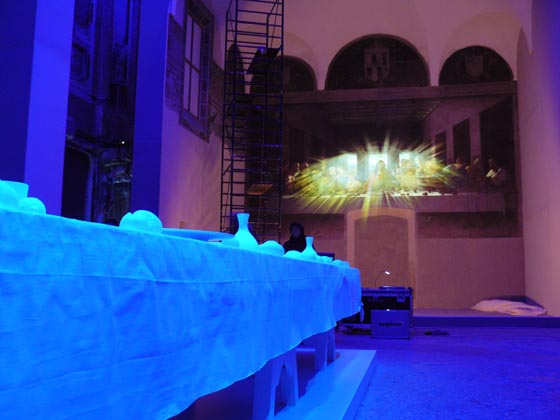 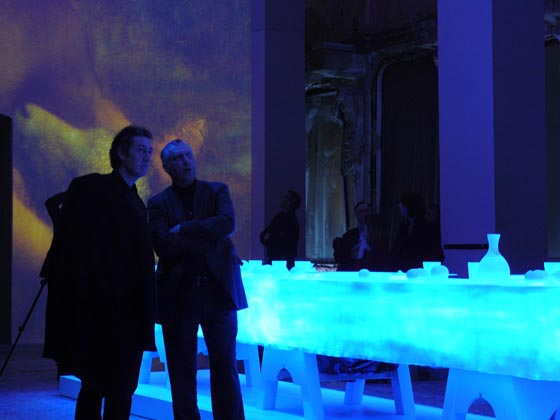 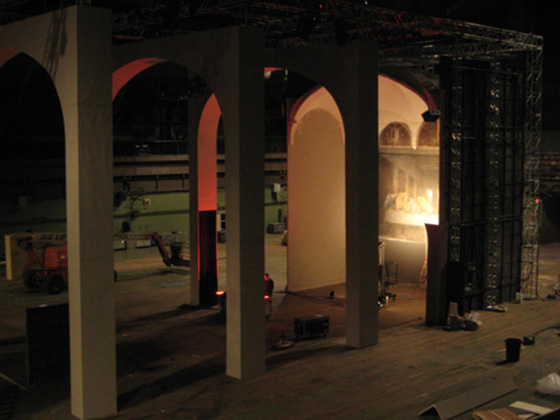 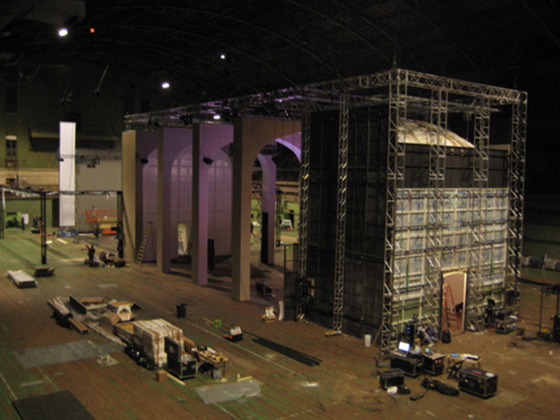 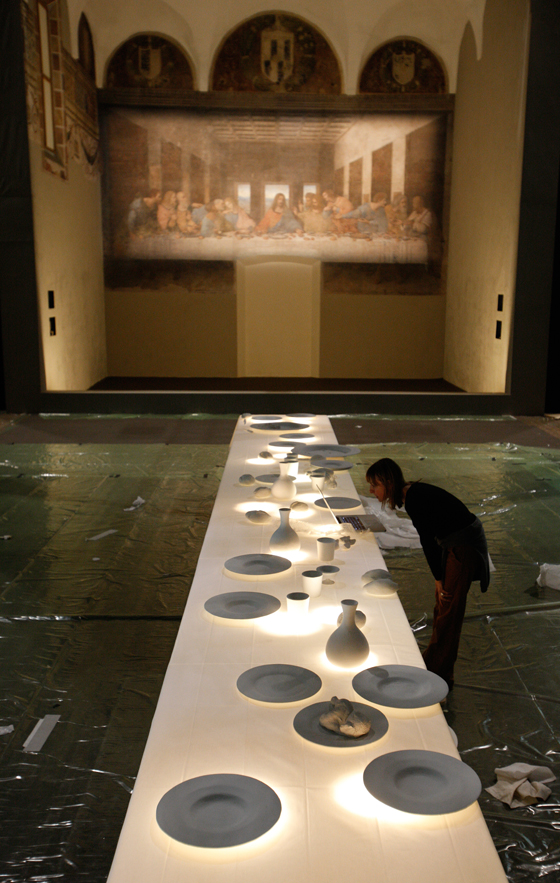 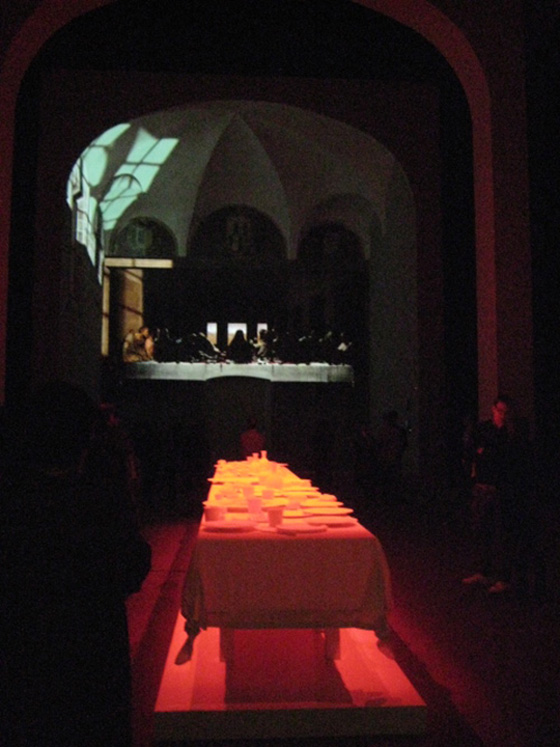 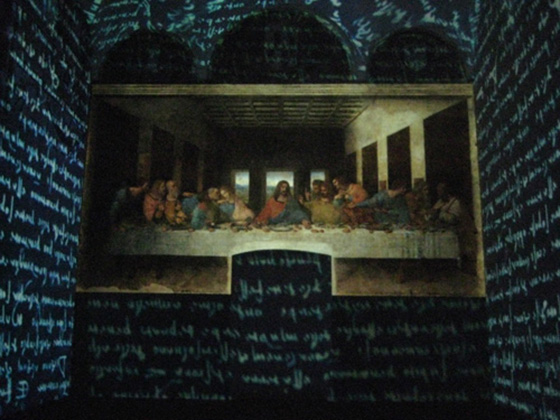 Peter Greenaway's vision of Leonardo's Last Supper was later shown at Melbourne Festival 2009, Australia, and at the Park Avenue Armory (NYC) in 2010 as part of a show on his ongoing series Ten Classic Paintings Revisited, shown for the first time in the United States

Read the article by Susan Tallman for Art in America, The New Real - The Da Vinci clone (February 2009).