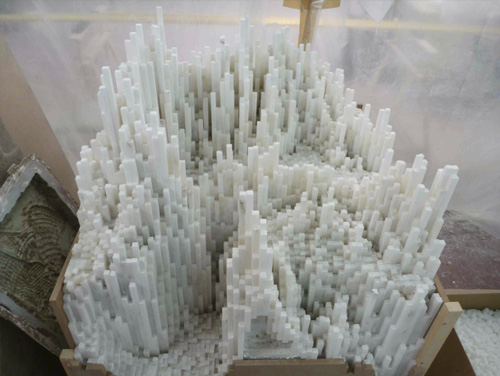 The Terra Forming relief earth, without water in the oceans is now entering the testing phase and a one square meter area of the alps and northern Italy has now been ande using pixels of alabaster. A mixture of topographic and bathymetric data has been assembled at a resolution of one point per kilometer. The depth measurements were then exaggerated 10 times to produce an unfamiliar spiky surface. The finished work will literally be a 'theatre of the world'- it is proposed that it will be built 25 x 50 meters and will be flooded and drained repeatedly during the Venice Biennale of 2015. 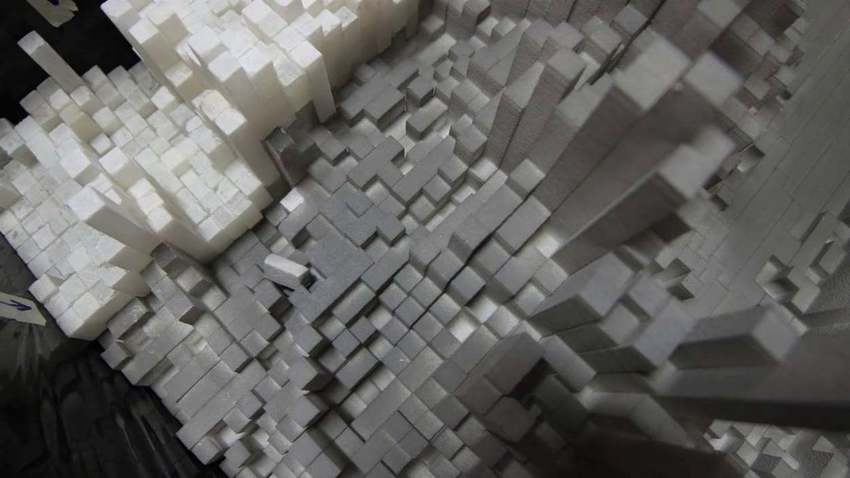 Time-lapse on the making of a tile with alabaster blocks.