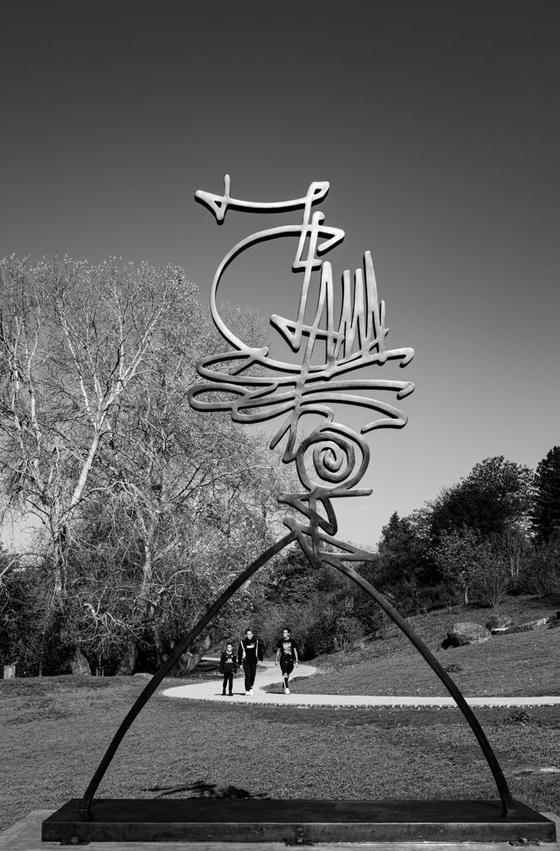 Installed at the Georges-Valbon Park in La Courneuve, France © Courtesy of Rachid Koraïchi

"Le Vigilant honours those that sacrificed their lives in the name of an ideal of justice and freedom, for the independence of Algeria”

To commemorate the 60th anniversary of the independence of Algeria, Rachid Koraïchi created and donated Le Vigilant, a large-scale bronze sculpture, to the department of Seine-Saint-Denis (Grand Paris metropolis area, Île-de-France). The work was installed on November 1st 2022 at the Georges-Valbon Park in La Courneuve, France.

Le Vigilant was created in honour of the victims of the Algerian War (1954-1962) and the hundreds of women and men who sacrificed their lives to emancipate Algeria from the French colonial empire. The monumental bronze sculpture was made by Factum Arte and Kaparos Fine Art Foundry.

A hand drawing by Koraïchi was digitised and converted into a vector file at Factum Arte, and the dimensions of both the final sculpture and its base were defined. Kaparos Foundry cast the work using the lost-wax technique. In conversation with the artist, the Seine-Saint-Denis Department and Kaparos Fine Art Foundry in Greece, it was decided that the 2m80-high sculpture would be patinated in brown and installed on a concrete base in Georges-Valbon Park.

Factum Arte is honoured to have worked with Rachid Koraïchi on the creation of Le Vigilant. 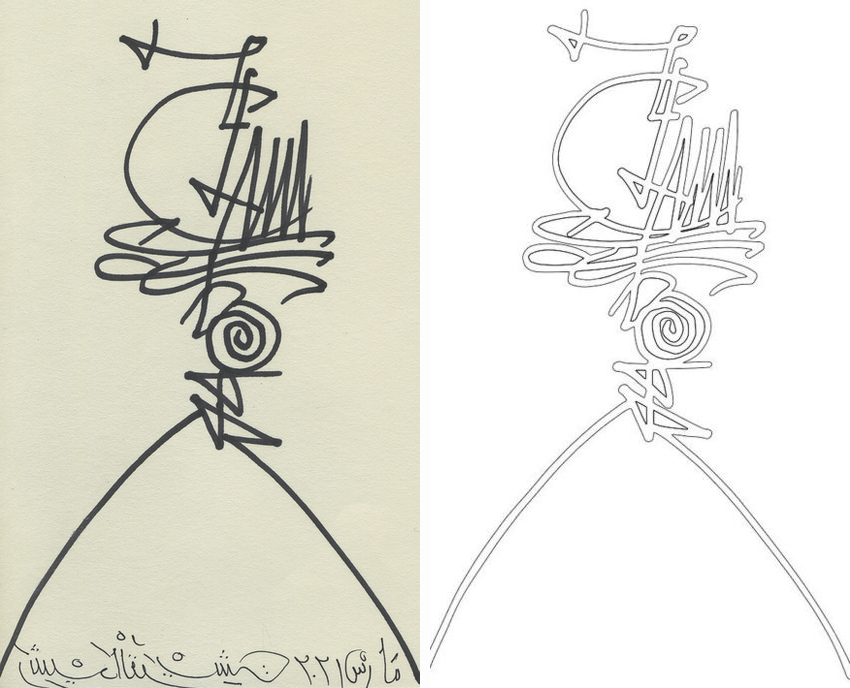 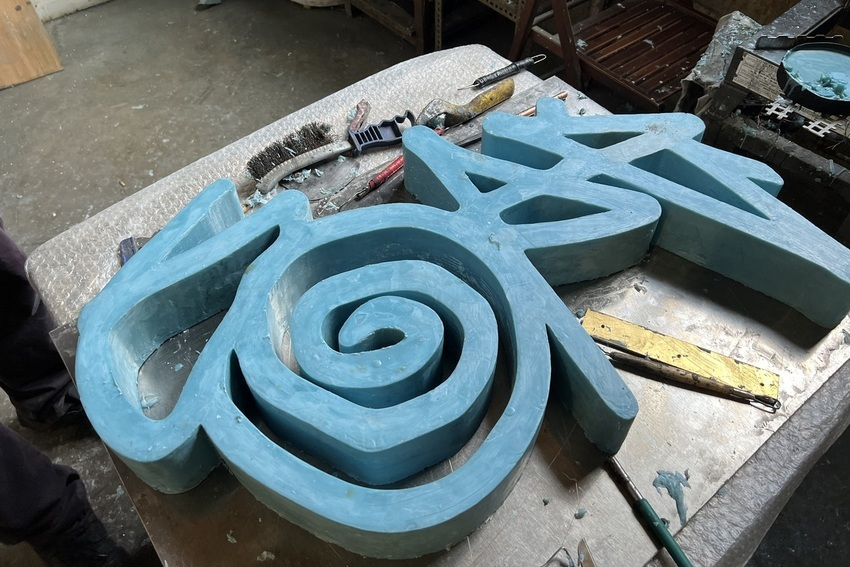 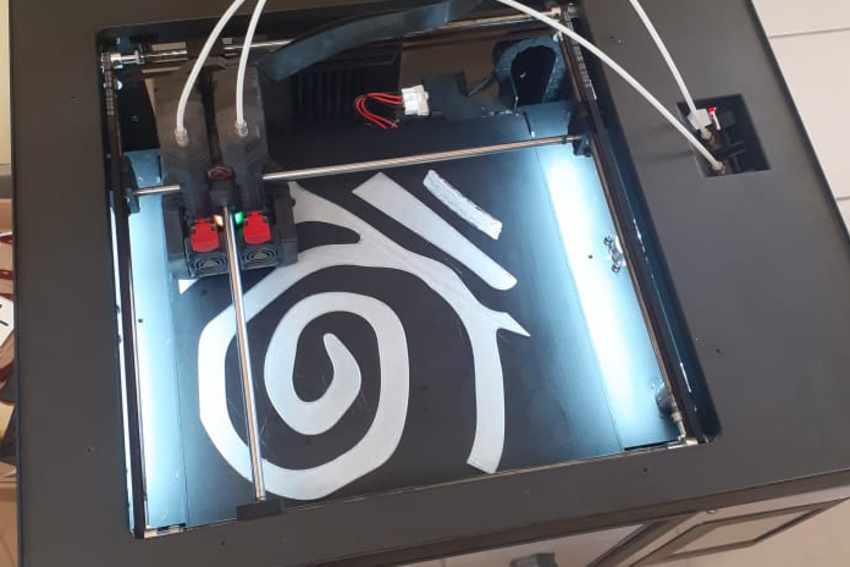 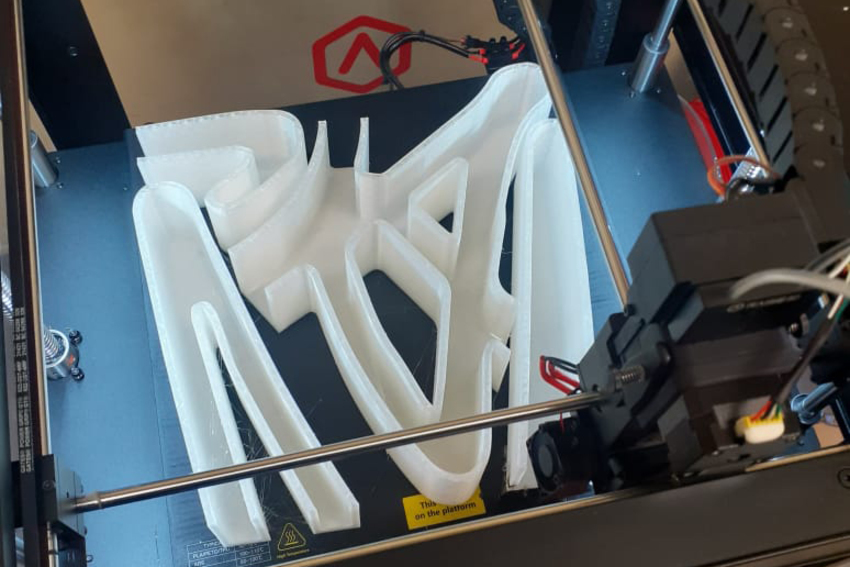 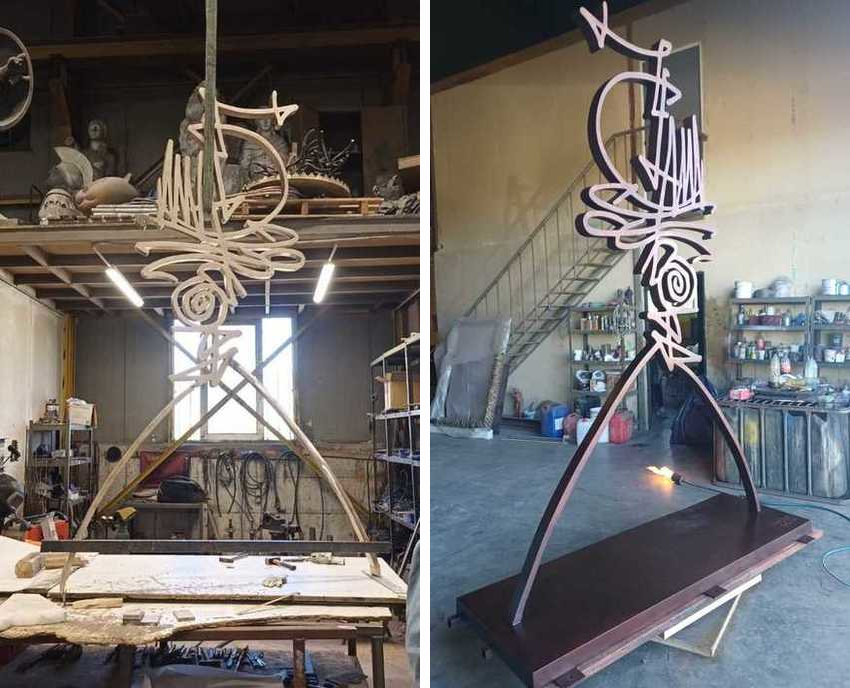 Before and after patination © Kaparos Foundry 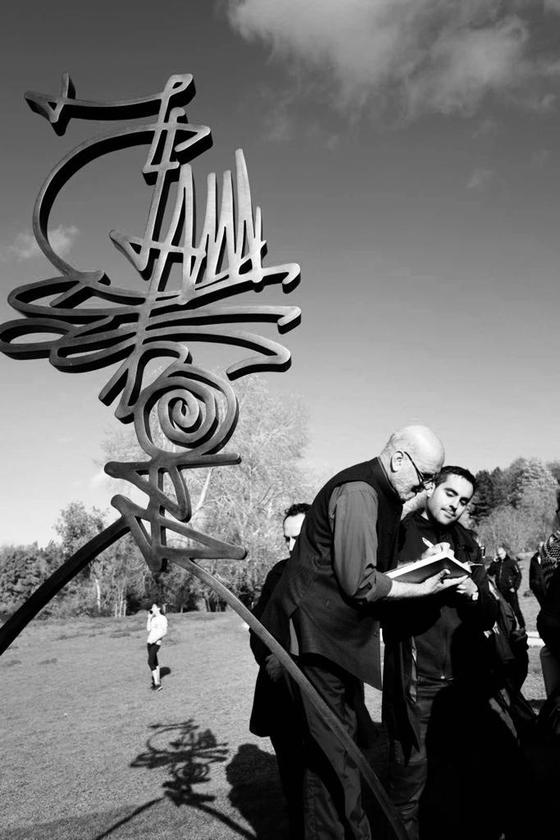 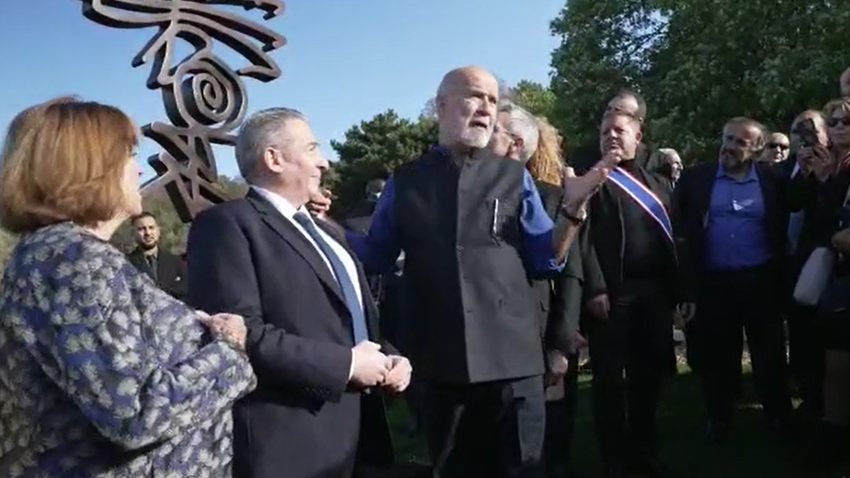 In his speech, the artist talks about the importance of individuals who fought for their freedom. He remembers his schoolteacher, whose husband was the Commander-in-chief of the National Police Force. The woman brought the young Koraïchi to secretly see his father, who had been tortured and incarcerated. The hand drawing of 'Le Vigilant' is a composite, abstract figure. The head held high of someone who watches and protects, chest put out in an empowering, confident pose. Below, a circular, closed line symbolises the cycle of life, adding both male and female genitals to highlight the importance of women in the resistance. Video © Laurent Boullard