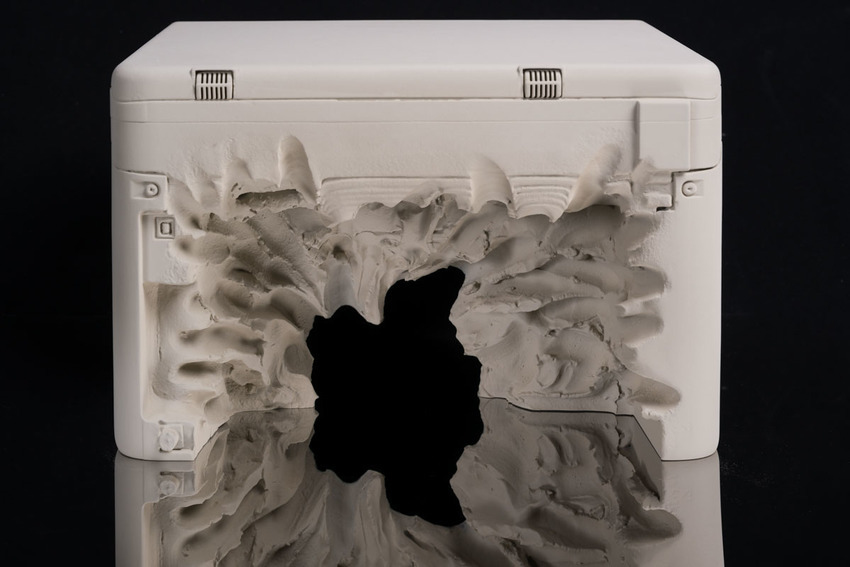 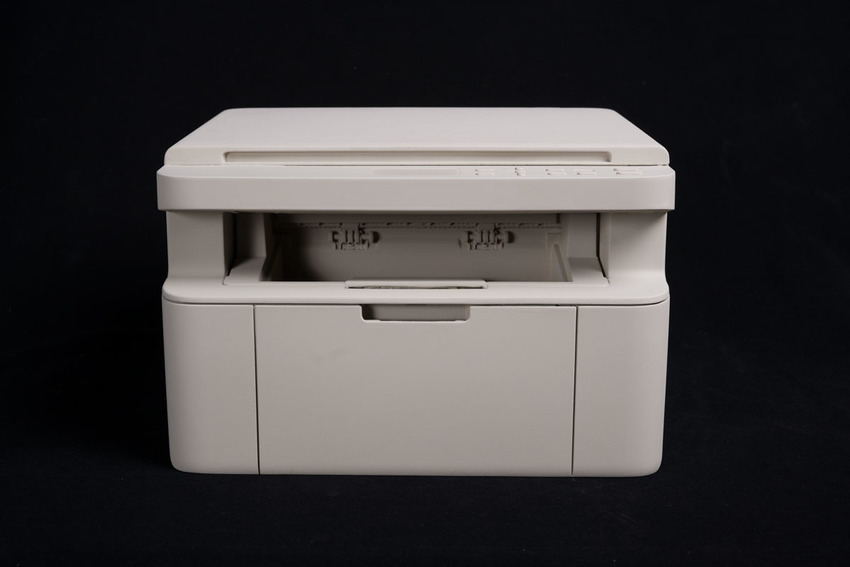 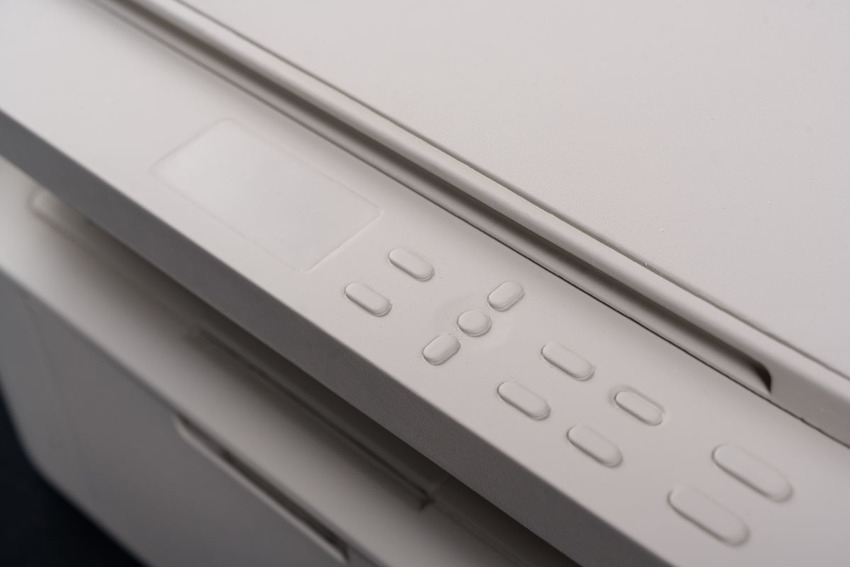 Factum Arte worked once more with Christian Andersson to create Primer for his solo exhibition 'What has yet to take shape will protect me' (22 September - 29 October, 2022) at Cristina Guerra Contemporary Art in Lisbon.

Primer started with creating a 3D model of a commercial all-in-one printer, which was scanned using a white light scanner in Factum Arte's studio. The 3D model was then rematerialised as a positive cast in clay, which the artist physically manipulated, ripping out its internal workings with his hands. The artist visited Factum Arte to directly work on the clay maquette, extracting material to create the desired effects and alterations. After recording the cast once more using photogrammetry, the 3D model was then digitally 'refined' before 3D printing and painting.

This contingent and disruptive event creates greater physical and spatial tension when one experiences it while observing the sculptural works in the exhibition. For example, in the installation Primer a machine — an ordinary printer — was manipulated by the artist’s hands and placed in a set design of black mirrors. Seemingly floating, it becomes a paradoxical double object that duplicates (mirrors) the exhibition room and the spectator’s body. The memory of the utilitarian object, of Duchampian lineage, transforms and becomes present as a mechanical/animal body, hybrid and marked by human action, from which anything visceral can emerge or, on the contrary, this corporeality, now undefined, is also subject to the action of another external body. This object’s modification is verified in the alteration of the spectator’s perception and the presence, not always visible, of hands, arms, and gestures that run through the entire exhibition, sometimes suggested or intuited.
-
from Cristina Guerra's website 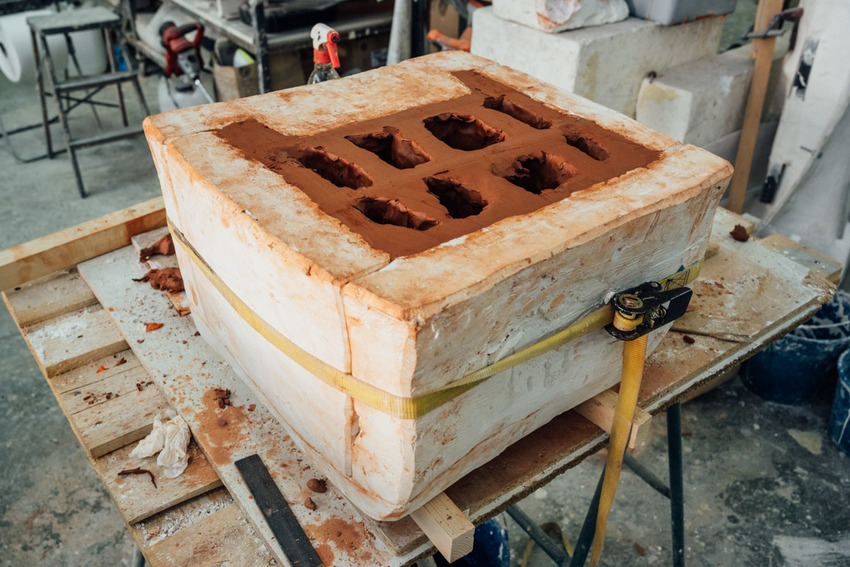 Mould of the clay maquette © Oak Taylor-Smith for Factum Arte 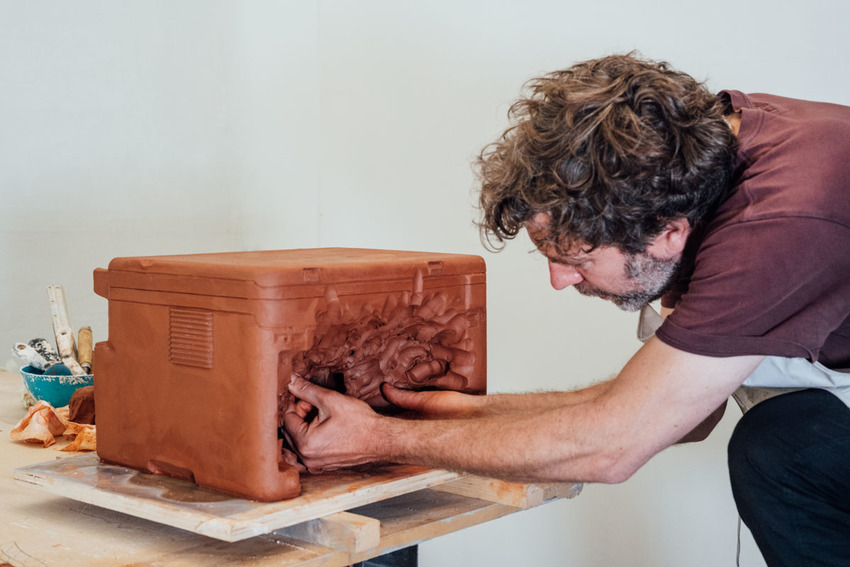 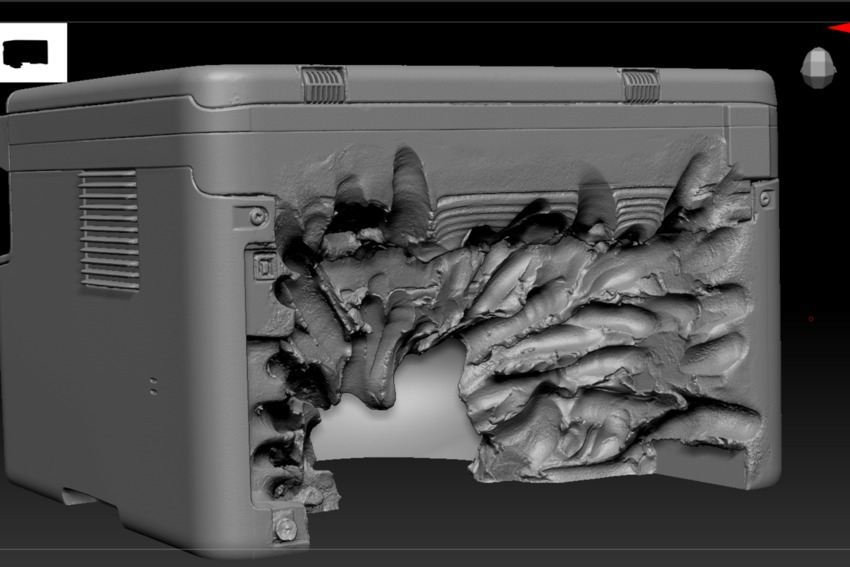 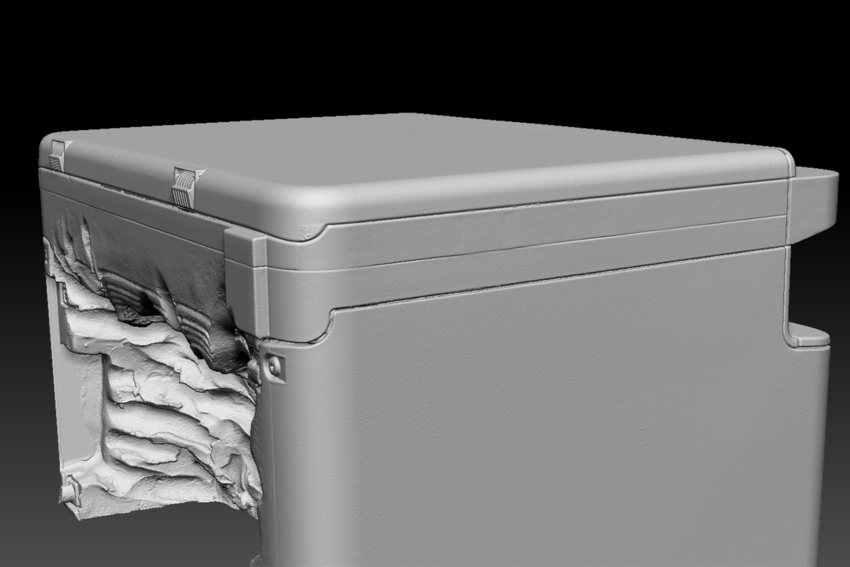 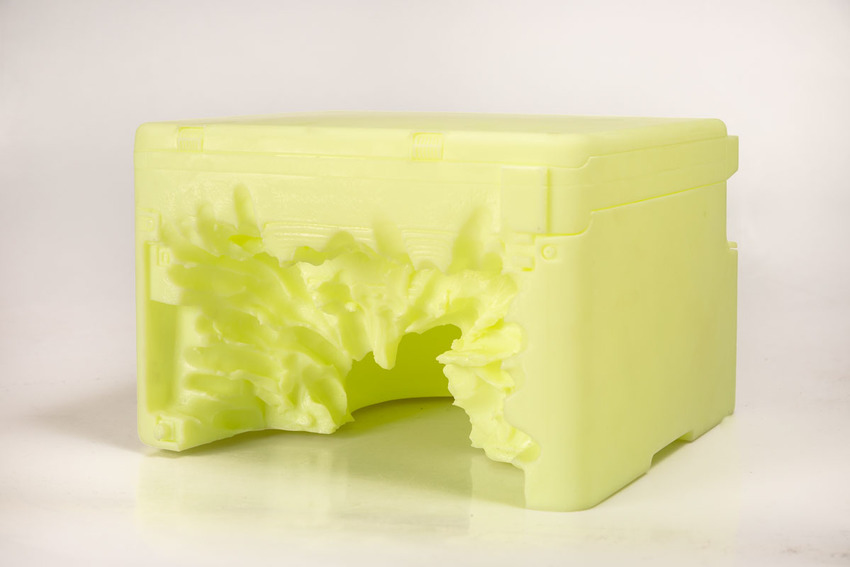 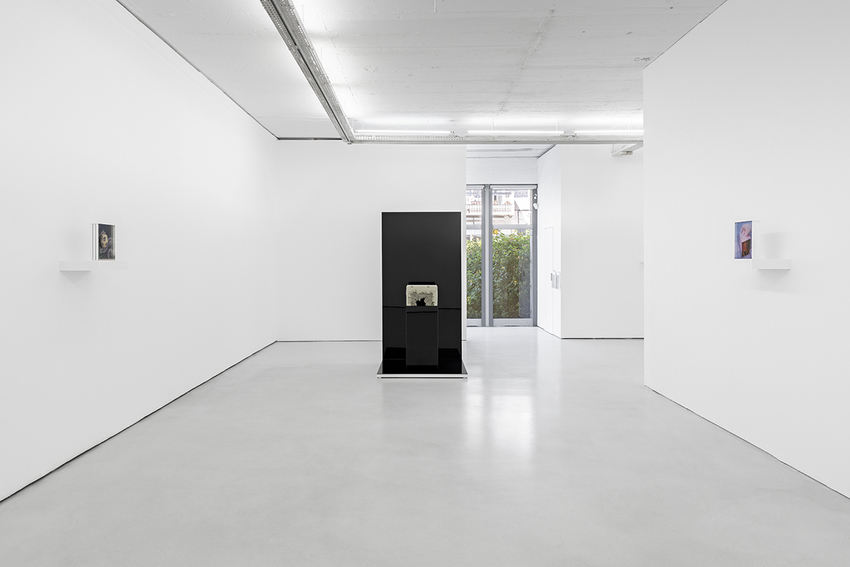 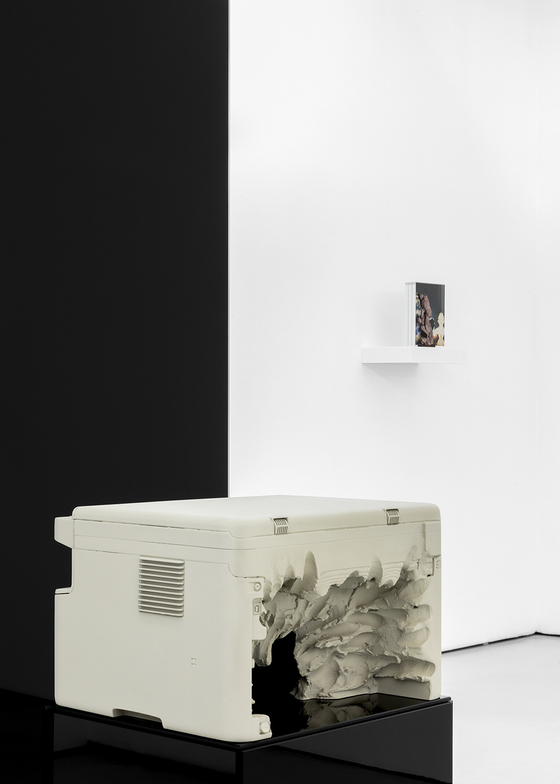