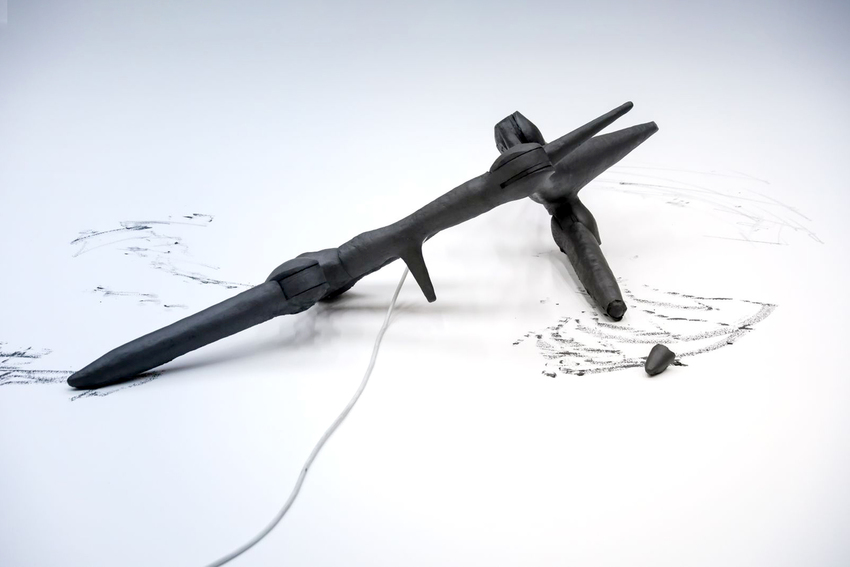 Saudi visual artist Muhannad Shono was selected to present his work at the Ad-Diriyah Contemporary Art Biennale, the first art biennale in Saudi Arabia (December 7, 2021 - March 7, 2022) and worked with Factum Arte on the production of On Losing Meaning, one of the artworks on display.

“As a child, my imagination was everything, an escape, and a way to reshape the environment around me. By creating narratives and drawing characters, I could make the world as I wanted to see it.”
Muhannad Shono

A robot encased in plasticine-like pigment with graphite tips was designed to enact a performance with its own body, endlessly drawing within a confined space while reshaping and moving itself. This innovative artwork is a collaborative project between the artist, the engineering department at Factum Arte, Caliper and Benjamin Panreck & Noah Feehan from the Neurorobotics research Laboratory at the Beuth-Hochscule Fur Technik in Berlin, who developed and tested the robot in Madrid.

"At the heart of this work is Shono’s belief that words are mere symbols given meaning by their social context. As the robot traverses the confined space, it moves freely, creating its own marks. The artist thus invites audiences to consider notions of fluidity and rigidity within language and the abstract idea of mark making. The work represents the artist’s desire for change and for more fluid understandings of meaning, reading, and interpretation." 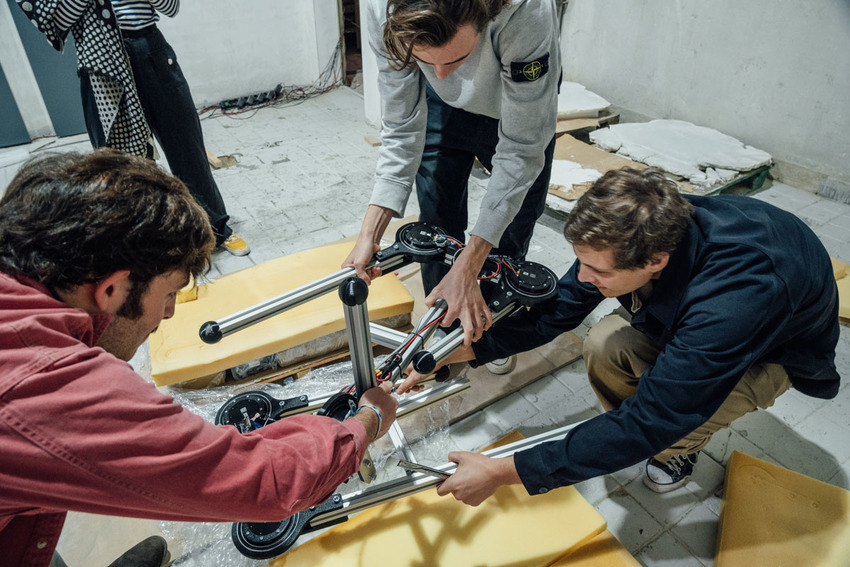 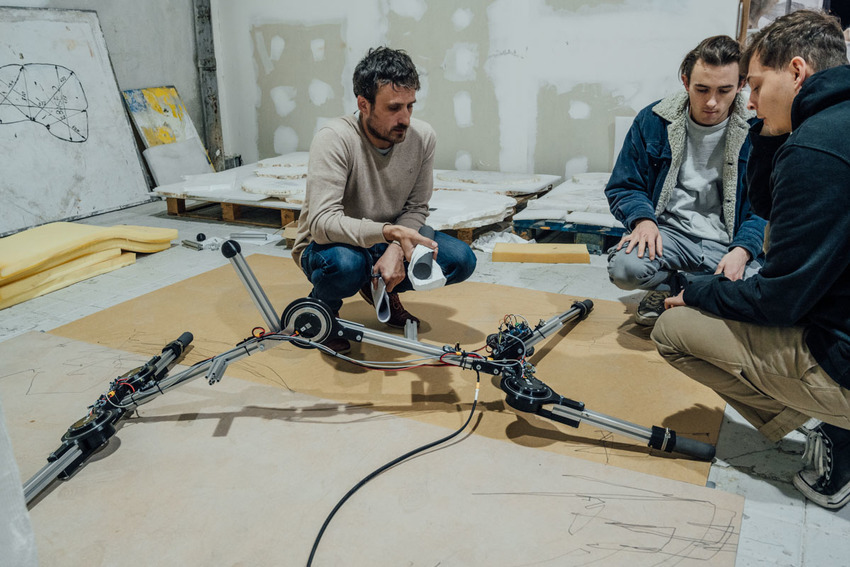 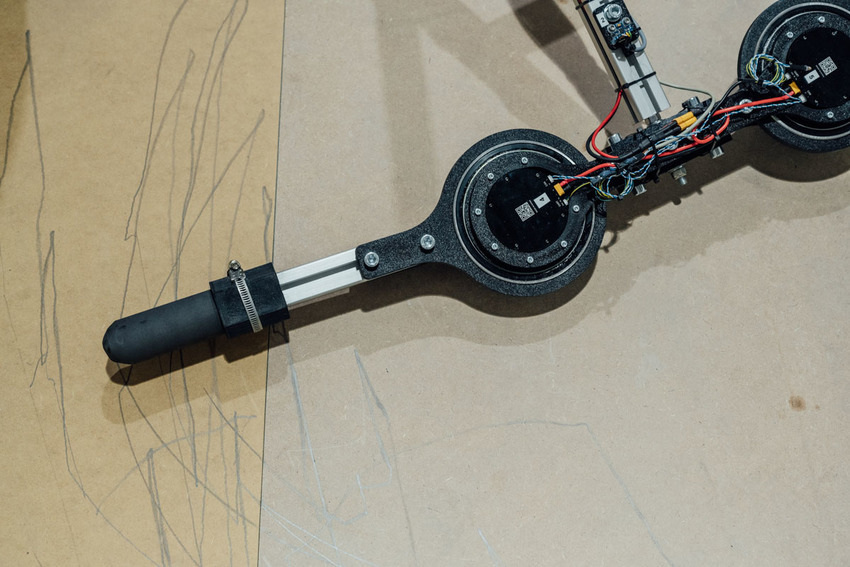 Detail of the graphite tips © Oak Taylor-Smith for Factum Arte 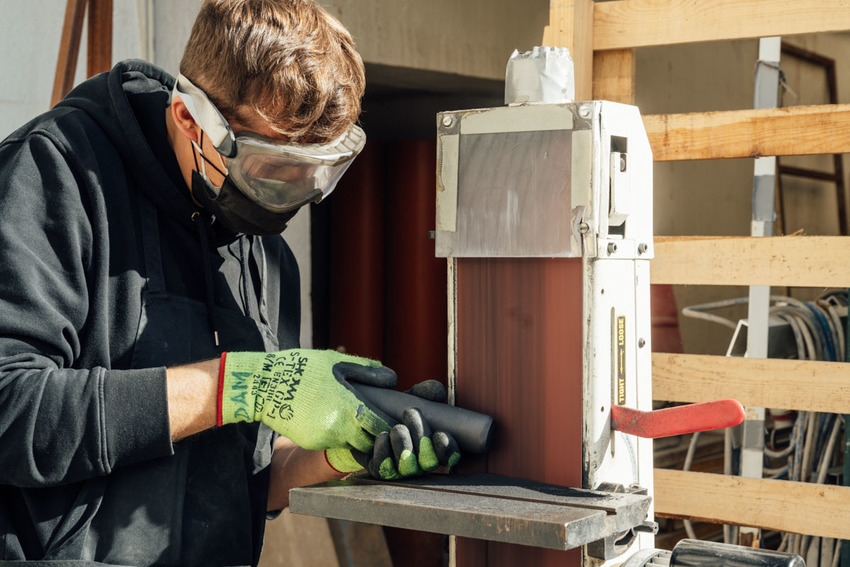 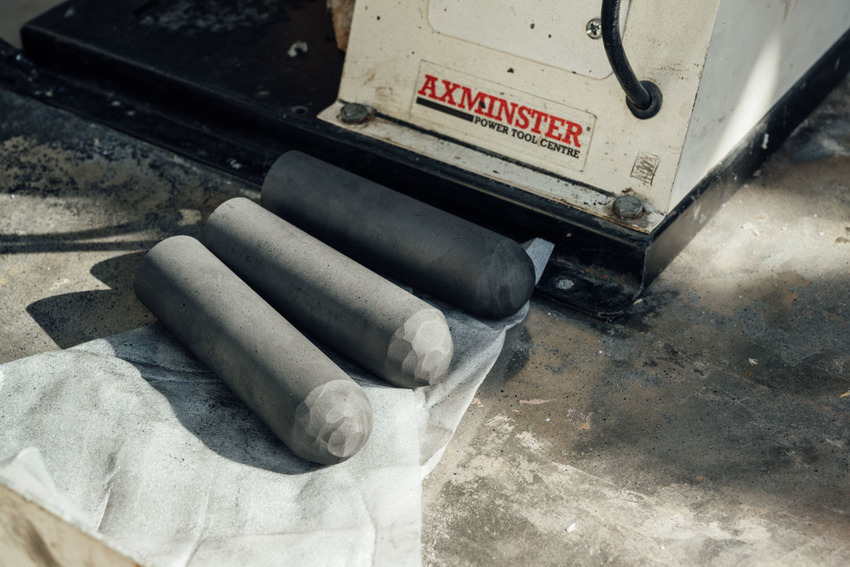 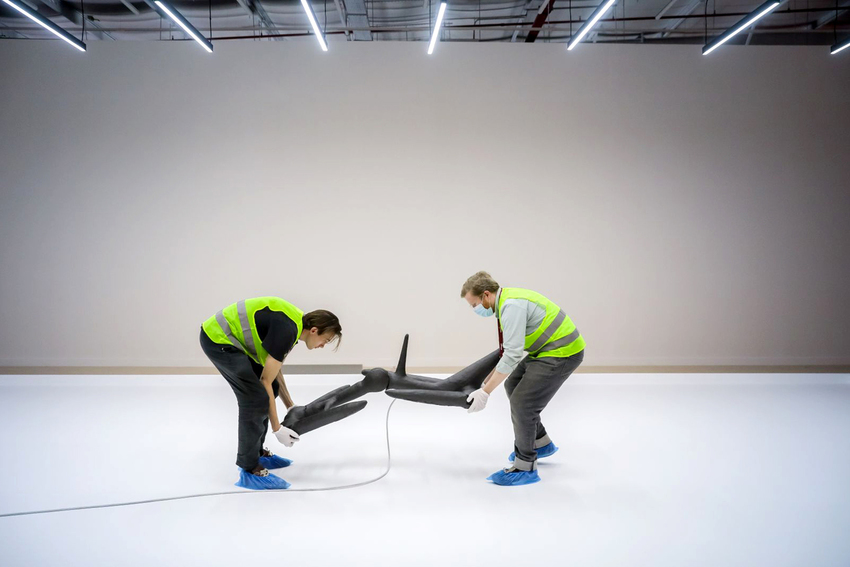 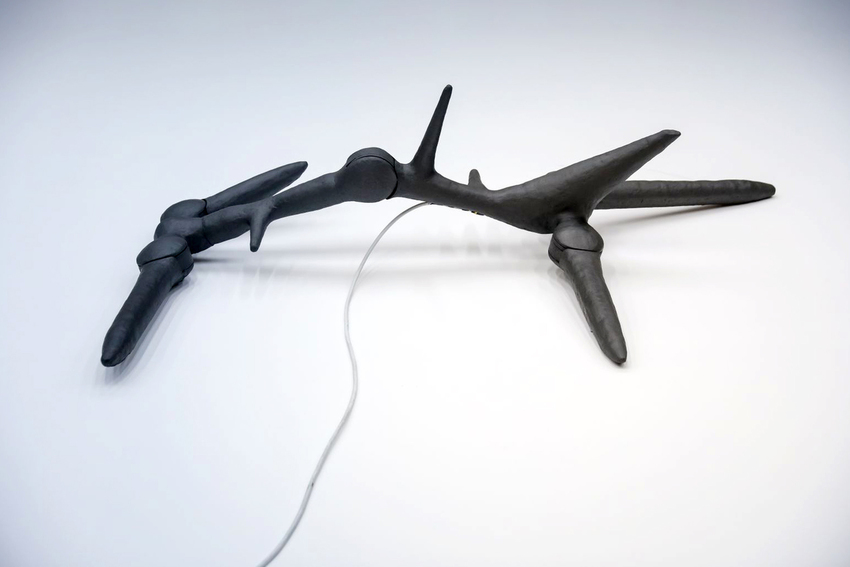 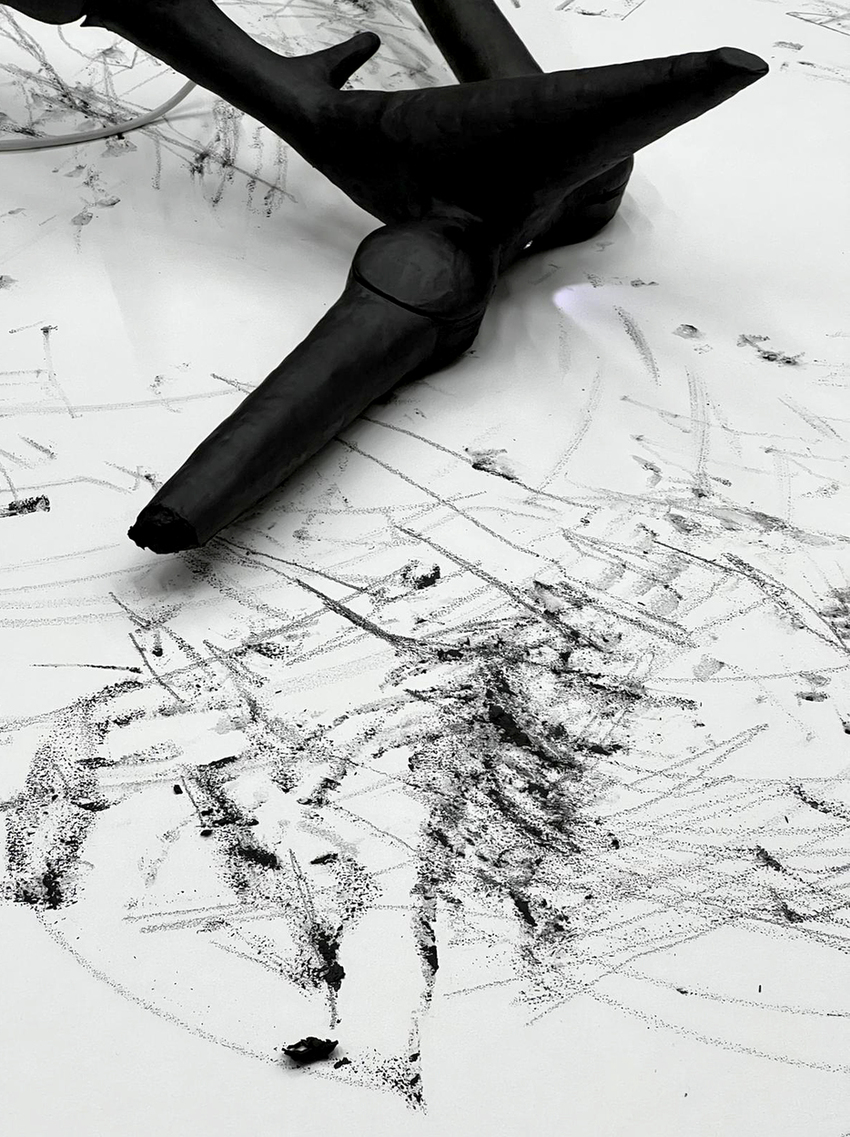 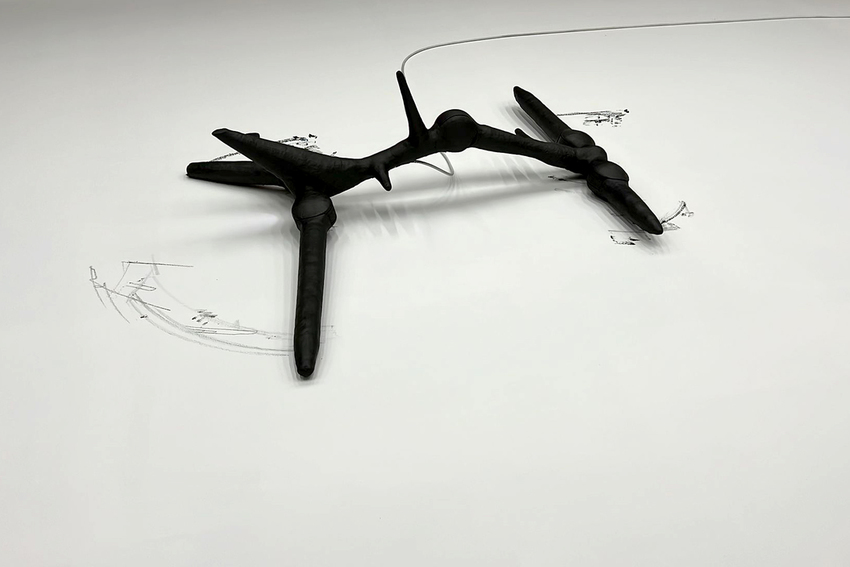 Muhannad Shono's On Losing Meaning is currently on display at Staatliche Kunsthalle Baden-Baden for the exhibition 'Nature and State' (July 9 - October 16, 2022). 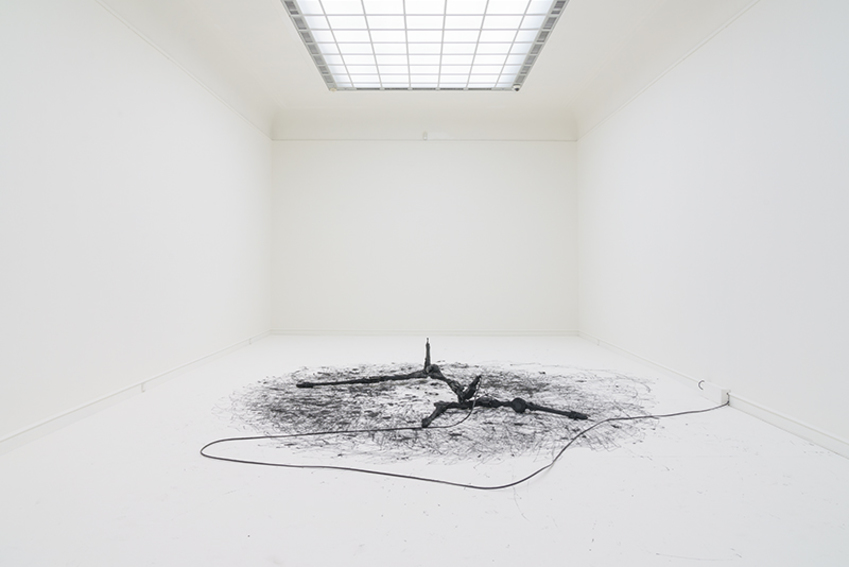 A set of sculptures was also produced at a reduced scale. 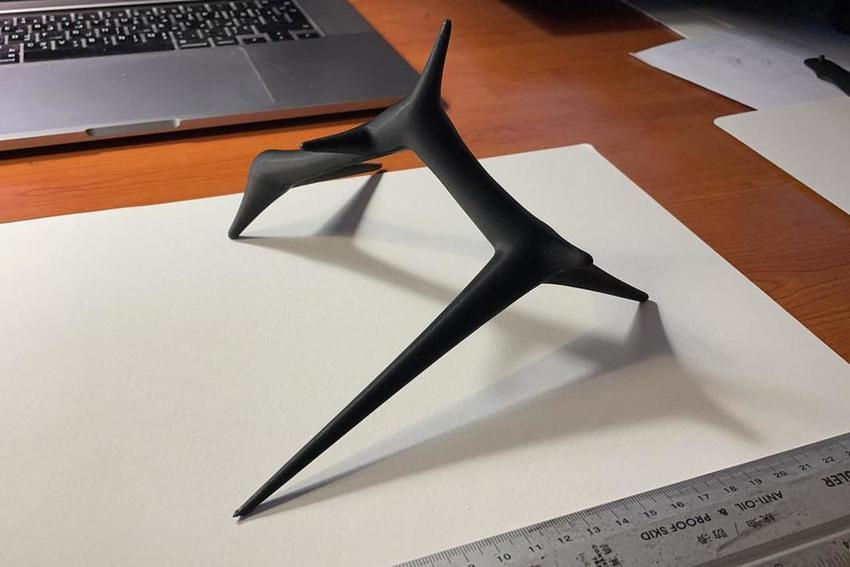 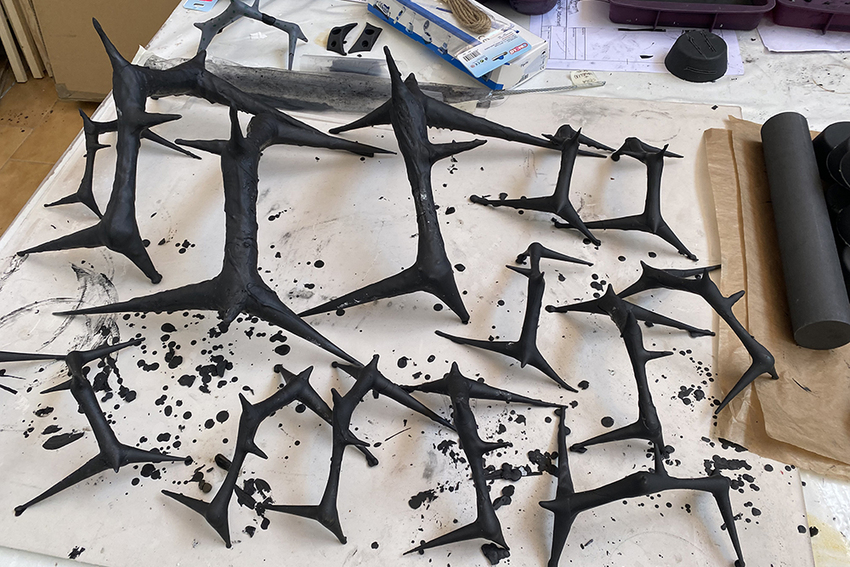