'The title comes from a conversation I had with one of the three wounded veterans that I have depicted. Stewart Hill showed me a photograph of a troop of soldiers crossing a shallow river in Afghanistan. It was the last photo taken before they were attacked, when he received a head wound that would change his life. Stewart pointed at the photo: 'Just beyond there was the line of departure, the starting point of the operation..' I have designed this tapestry in the style of an Afghan war rug. It shows Stewart Hill, Karl Hinett and Peter Dunning crossing back over another battle line on their return to the challenge of civilian life as a wounded soldier.'
Grayson Perry about the piece, on Paragon Press' website 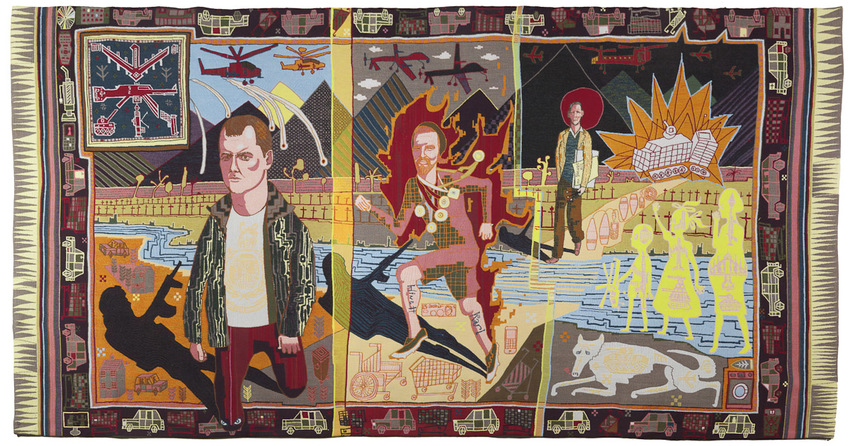 In his solo exhibition Who Are You? at the National Portrait Gallery in London (25 October 2014 - 15 March 2015), Grayson Perry aimed at exploring modern British identity in all its complexity and diversity through a variety of mediums. The tapestry Line of Departure was among the fourteen exhibits. Factum Arte worked with Grayson Perry during all the stages of production, from the digitisation of the drawing to the preparation of the weave files for the jacquard loom at Flanders Tapestries. 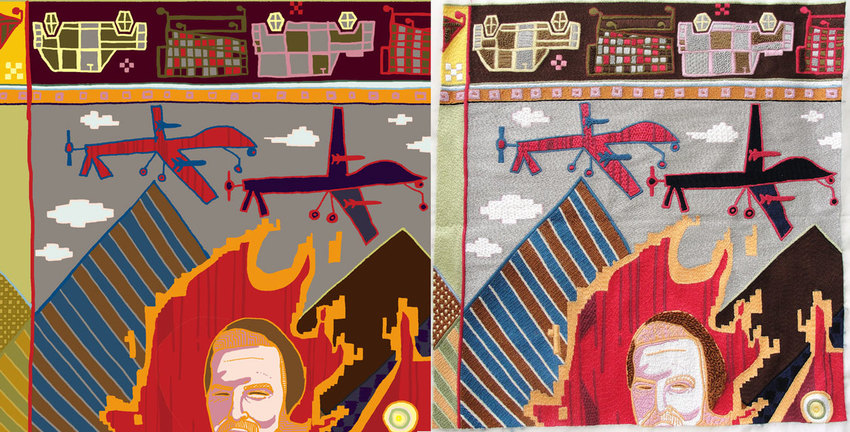 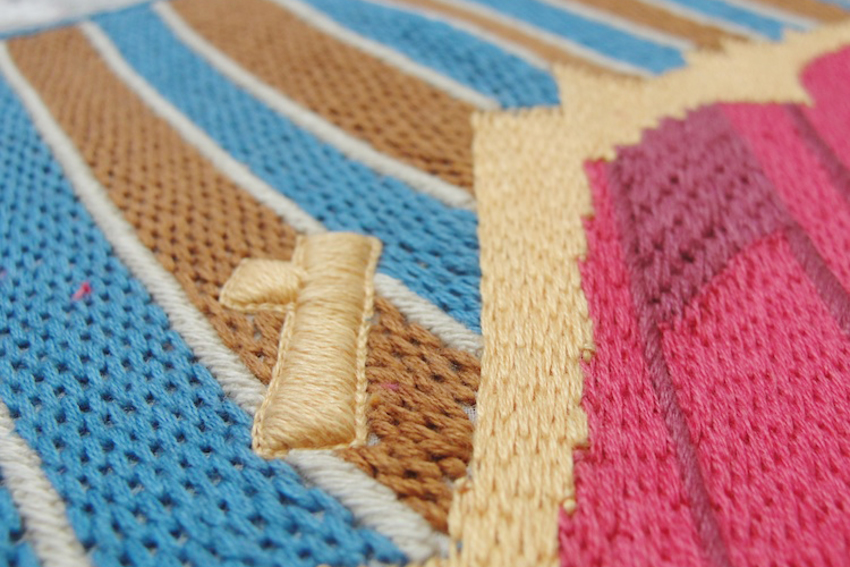 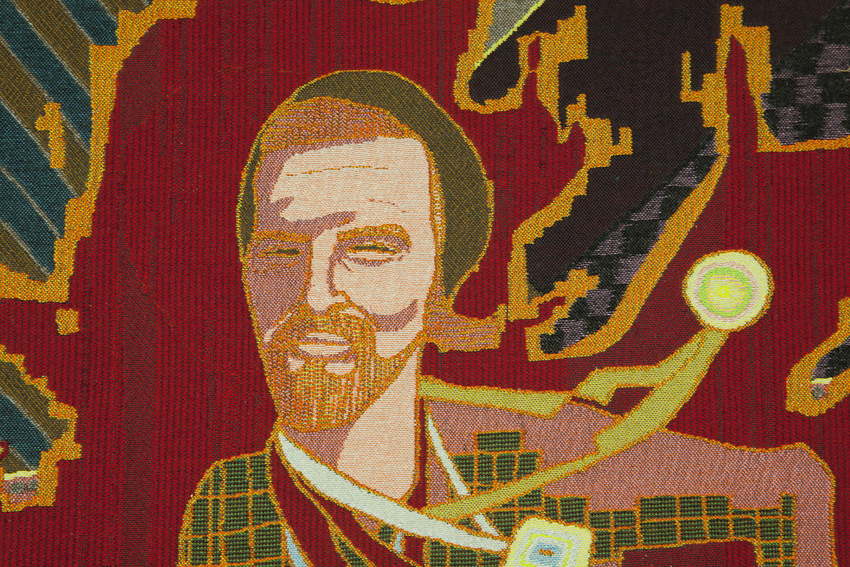 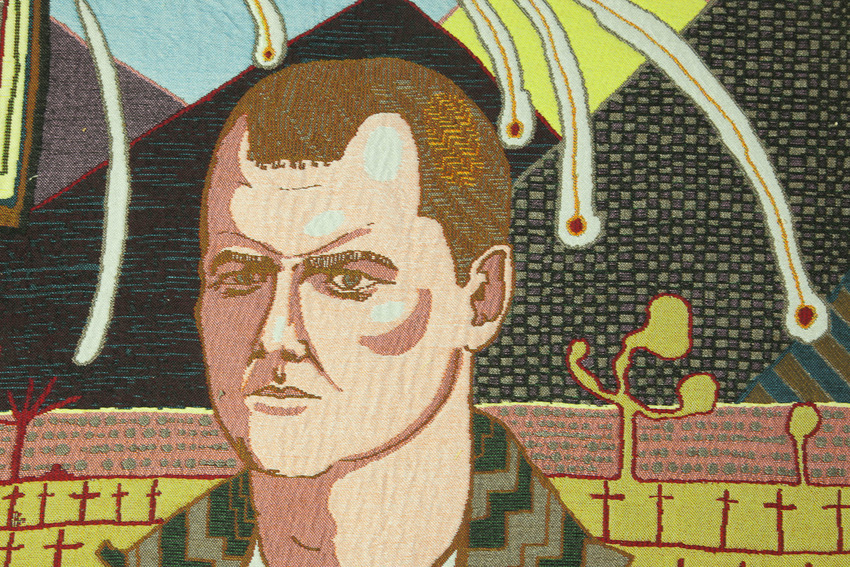 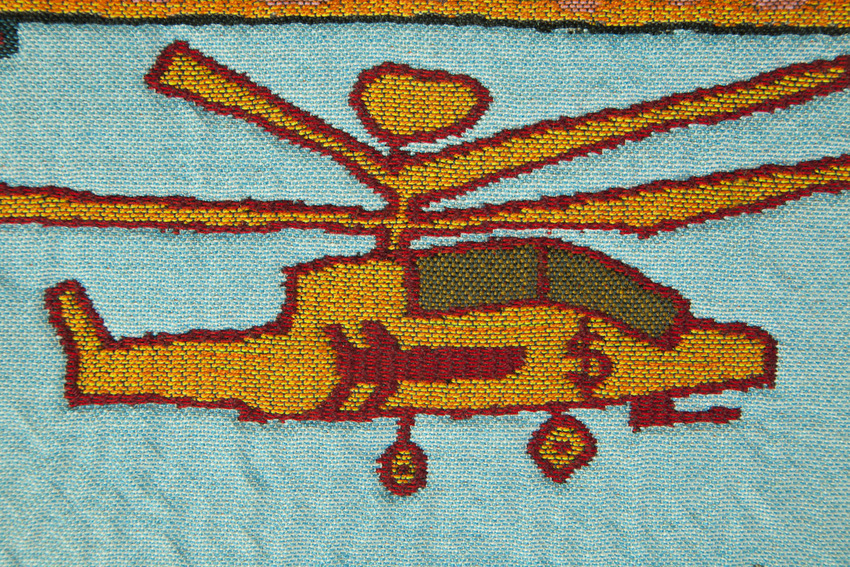