'A portrait of Britain to wrap your self up in, a giant banknote; things we love, and love to hate. A friend whose family had walked out of Hungary fleeing the Soviet invasion in 1956 said her mother referred to Britain as her ‘security blanket’. As their plane came in to land in the UK, the tannoy relayed a message from the Queen saying ‘Welcome to Britain, you are now in a safe country’. People still come to our country for its stability, safety and rule of law. We should be proud of that.'
Grayson Perry about the piece, on Paragon Press' website

In his solo exhibition Who Are You? at the National Portrait Gallery in London (25 October 2014 - 15 March 2015), Grayson Perry aimed at exploring modern British identity in all its complexity and diversity through a variety of mediums. Among the fourteen pieces scattered among the 19th- and 20th-century rooms, the tapestry Comfort Blanket was on display as one of the largest exhibits.

Factum Arte worked with Grayson Perry during all the stages of production of the tapestry, from the drawing to the preparation of the weave files for the jacquard loom at Flanders Tapestries. 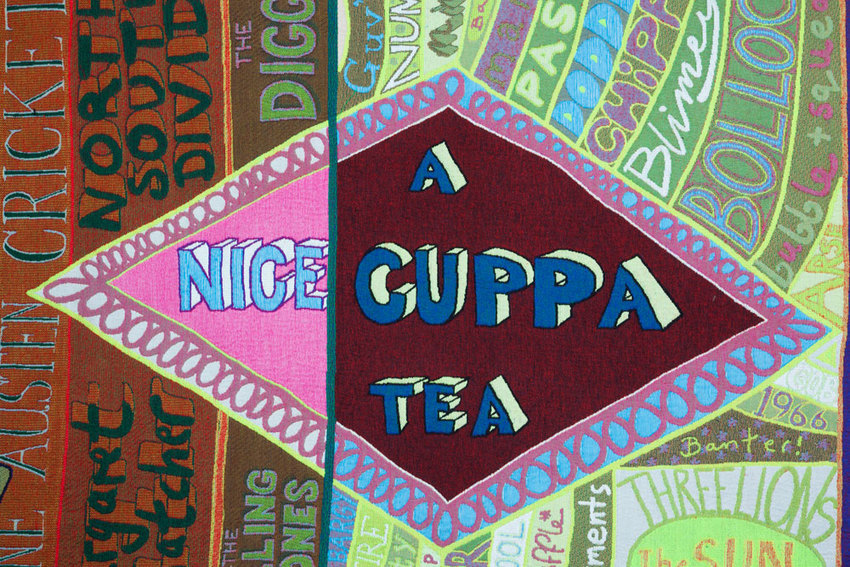 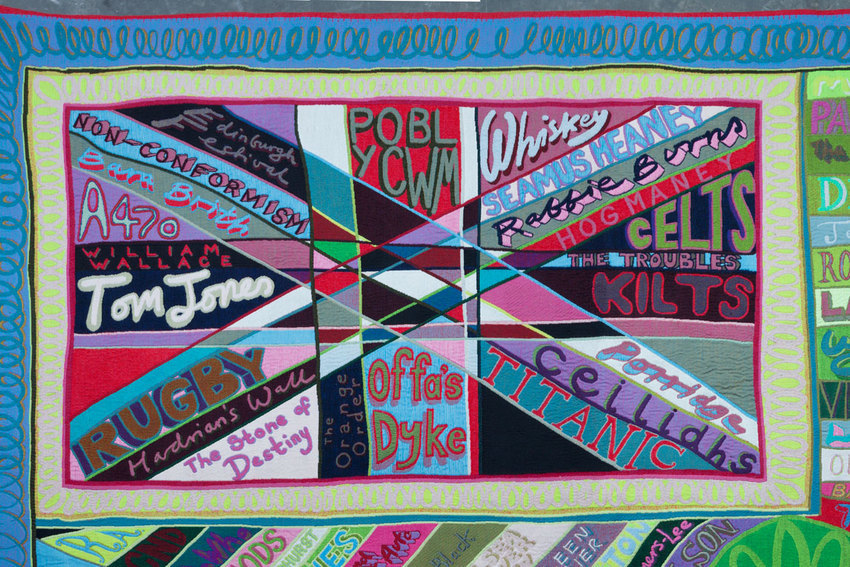 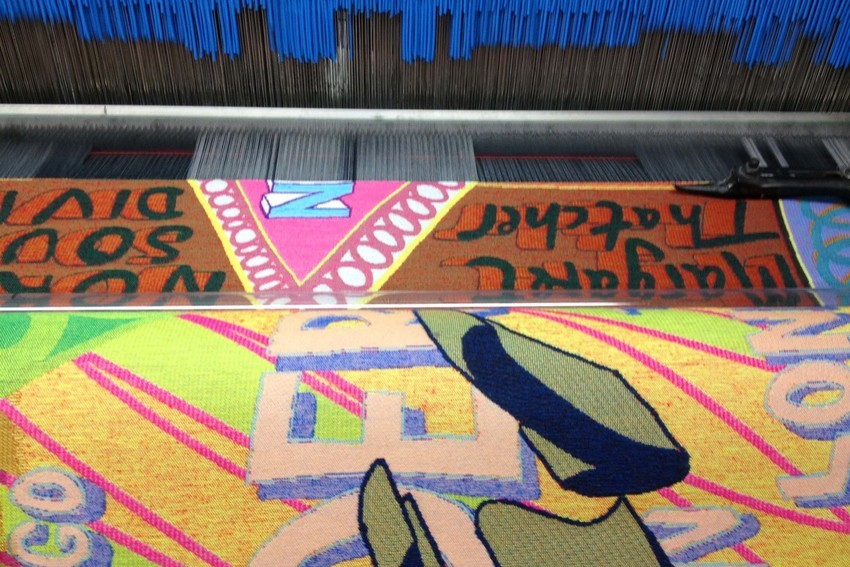 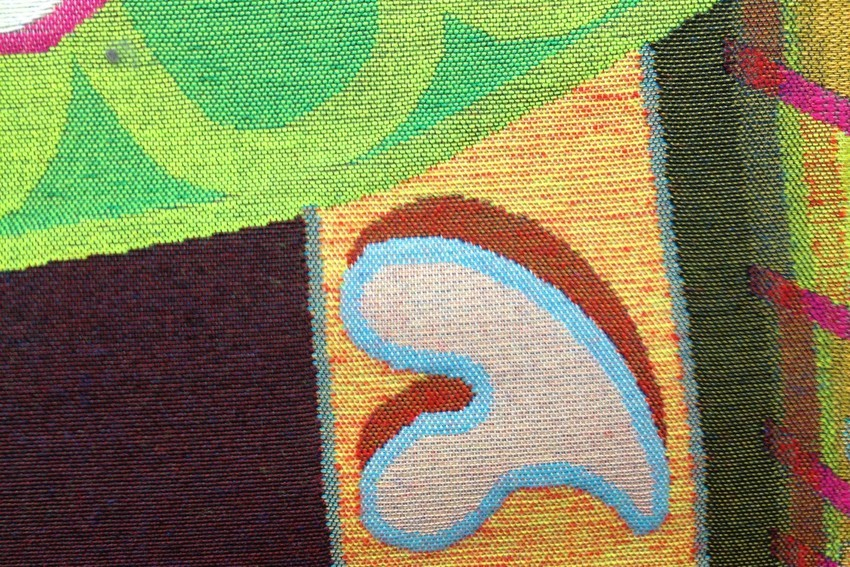 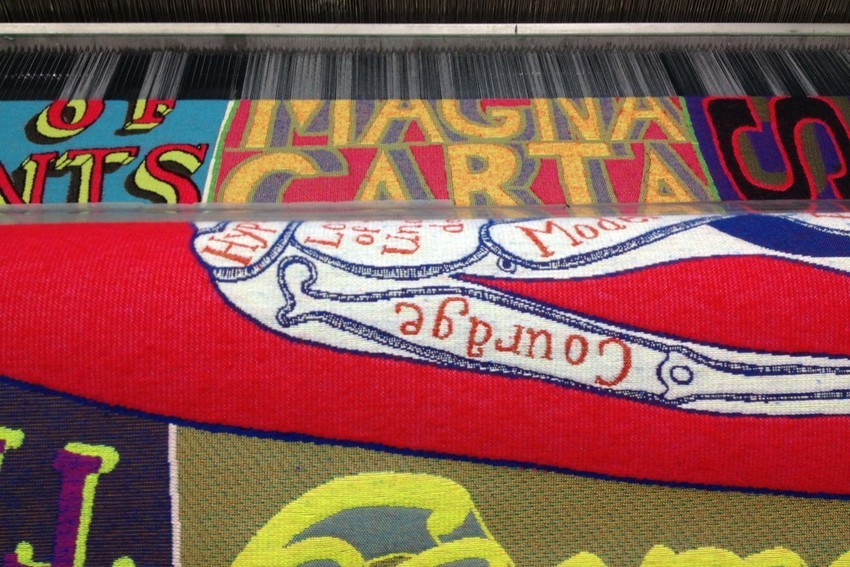 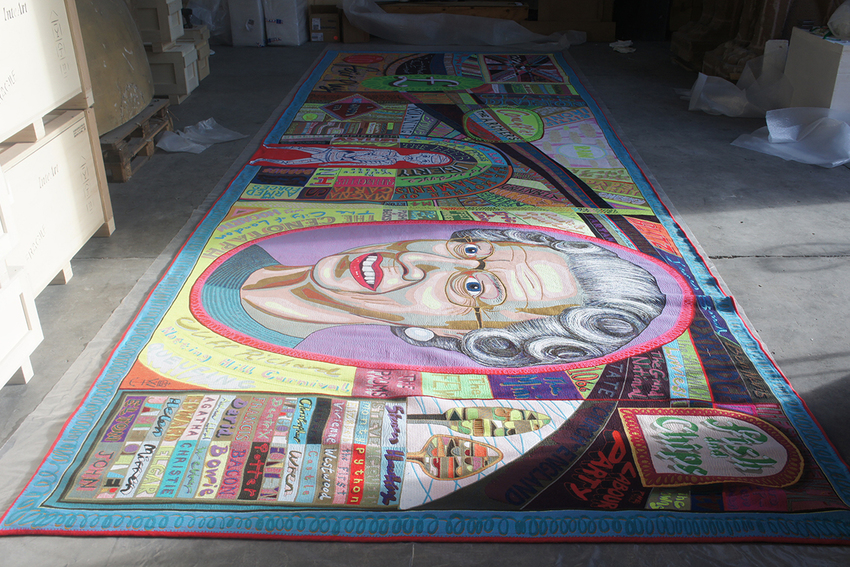