For Noor Riyadh 2021, commissioned by the Royal Commission for Riyadh City (RCRC) as a Riyadh Art program, Ahmed Mater collaborated with Factum Arte to develop the concepts he began to explore in 2017 with his piece Mitochondria: Powerhouses. The site-specific installation was composed of a 2 million volt Tesla coil, capable of electrical discharges of up to 2m, surrounded by six sculptures produced by Factum Arte resembling fulgurite - vitrified sand that naturally forms when lightning hits the ground.

In this iteration, the artwork was presented for the first time in an outdoor setting, which involved careful planning to ensure the layout of the installation met both the safety requirements and the artistic vision behind the work. The attendees could see the installation from a safe distance, protected by a fence. Placed in a central position over a circular area covered in sand, the Tesla coil discharged into the fulgurite sculptures, simulating a lightning storm in a desert environment. 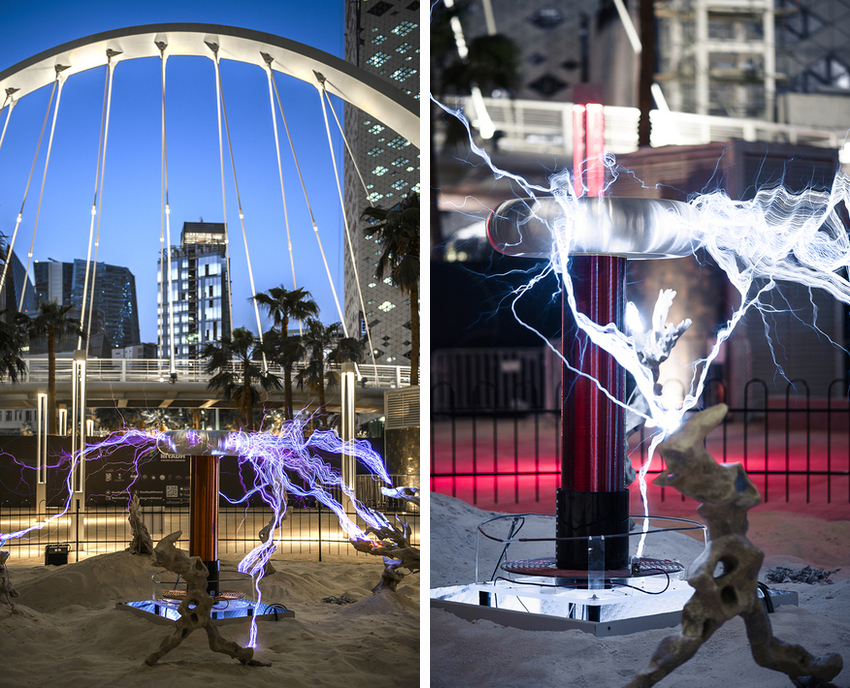 Among the differences from the previous 2017 installation of the Tesla coil at the Galleria Continua in San Gimignano, were some improvements in the control boxes and additional safety measures taking into account the outdoor public space, allowing for fast intervention from the festival operators. Factum Arte's engineering team conducted several tests and simulations in the workshops, taking into account climate differences between Riyadh and Madrid, before installing the piece during the first week of March 2021. 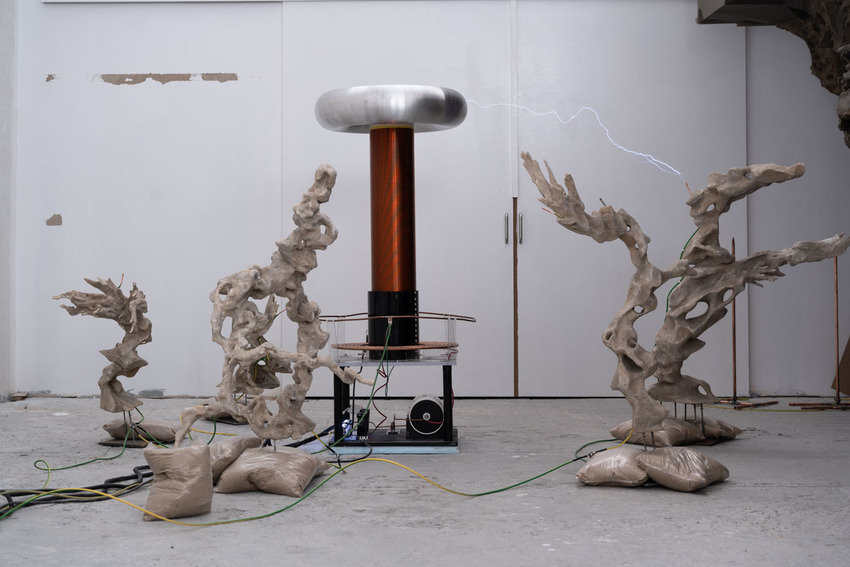 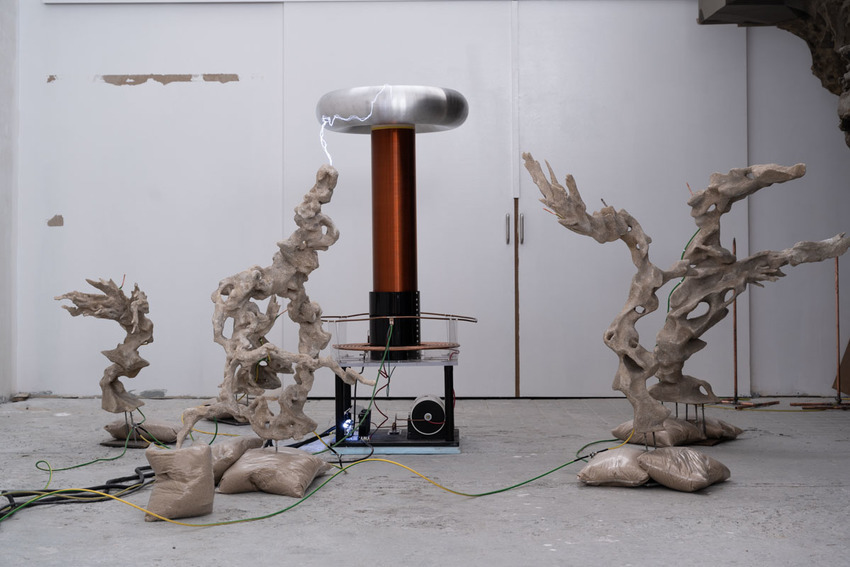 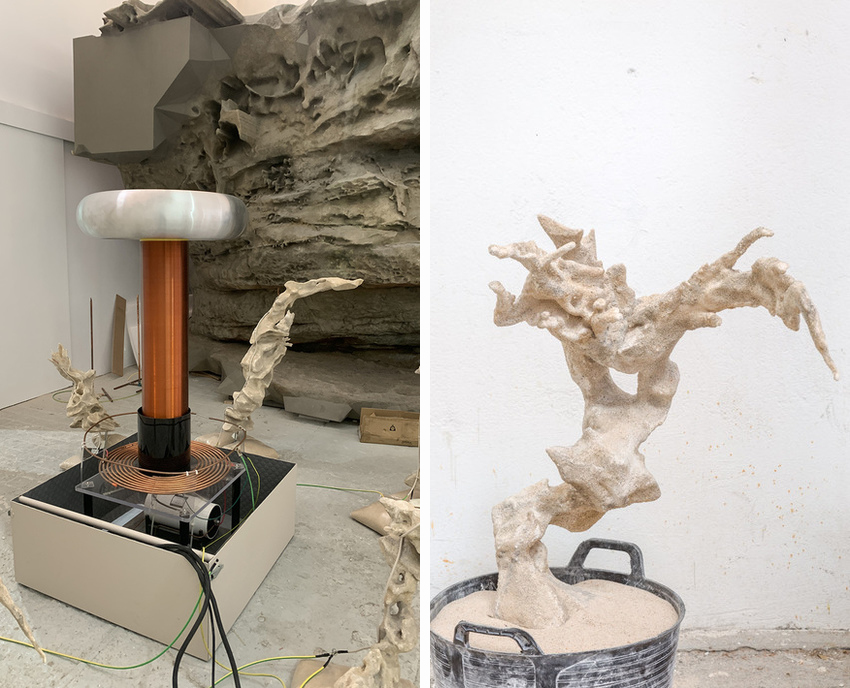 Detail of the Tesla coil © Quinner Baird for Factum Arte 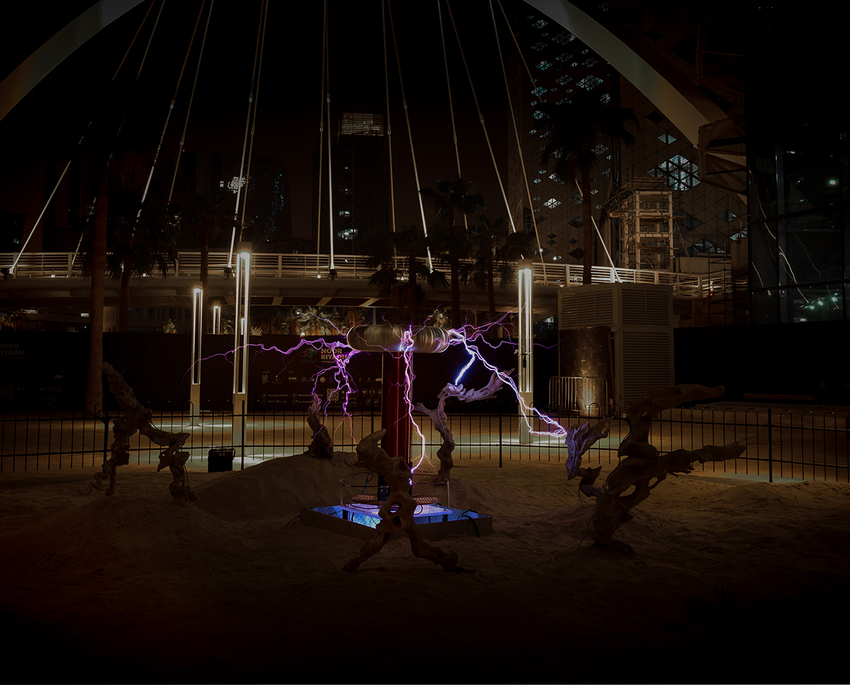