Factum Arte is known for helping other artists to give material shape to their ideas, but Material Sound is the work of Factum’s own artists, engineers, sound specialists, and designers - a collaborative artwork created through conversation, experiment, and a close understanding of the physical properties of the material world we inhabit, animating a research into the synaesthetic nature of digital data. 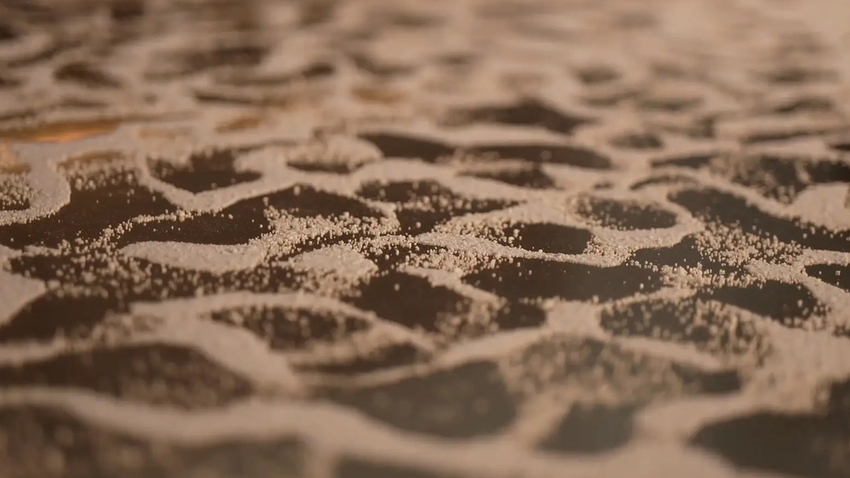 A film by Óscar Parasiego for Factum Arte

The starting point for this work was the 18th-century experimentation of Ernst Chladni, and further important influences were the work of Margaret Watts Hughes in the 1890s and Hans Jenny in the 1960s.

The brass plates which make up the work vibrate according to the resonant frequencies of the plates themselves when excited by sound. A custom-made transducer system including a piezoelectric device is attached to the underside of each plate. When a plate resonates, the sand particles realign along the peaks and troughs of the soundwaves - they disperse where the plate is in motion and settle in clearly-defined lines on the still nodes where no movement takes place. The size, shape, and thickness of a plate all contribute to the ever-changing patterns; in this work the plates are 6mm thick and up to 2m in length. One of the innovative aspects is that we are working in both audible and inaudible frequencies of sound, creating a mesmerising series of transformations.

Material Sound: The Dark Hours of the Sun 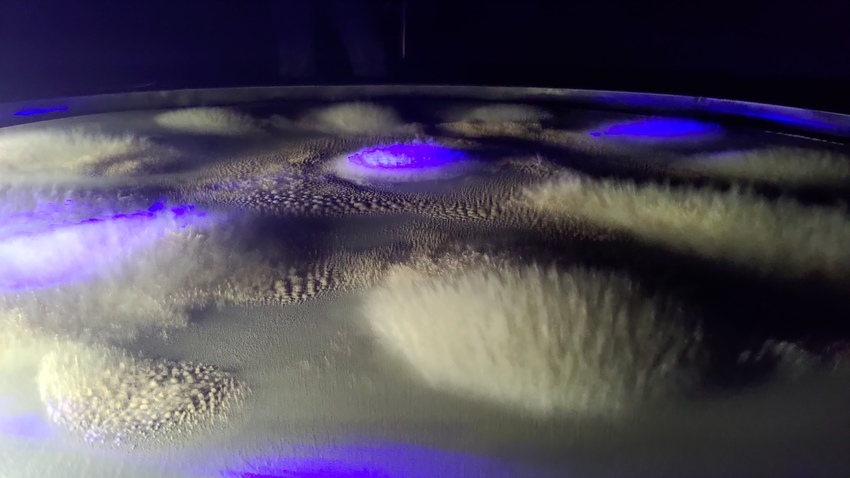 A film by Óscar Parasiego for Factum Arte

Encompassing the beginning and the end, light and dark, anxiety and meditation, the vast and the infinite, Nathan Mann has developed a composition specifically to work with Material Sound, a cymatic installation that has grown from Hans Jenny’s experiments into a mesmerising and emotionally compelling twenty-minute experience.

Part composition, part sound collage, Nathan Mann draws from the vivid sonic descriptions of the 'Dark Hours of the Sun' to surround the viewer with an emotional musical narrative, which simultaneously drives a choreography of cymatic movements made of visualised sound. The work features data recorded directly from the sun itself and sonified by NASA, auditory illusions which disorient the listener, motifs and references which pay homage to key figures in our shared history of sonic understanding, and whispered recitals from the text.

Six speakers are positioned just below a taut latex membrane covered with Lycopodium powder (the spores of club moss). The vibration from the speakers excites the membrane, producing complex patterns on and above the surface. Raking light combined with a blue laser stripe reveals the patterns created in the powder.