The Sphere of Things to Come

The Sphere of Things to Come is made up of small white ceramic forms recalling bleached vertebrae, applied to the surface of a sphere. The ceramic forms were made and supplied by Fernando Casasempere, and have appeared in many of his recent works; he sees them as signifiers or artefacts of the changing climate and its effects on the surface of the earth. 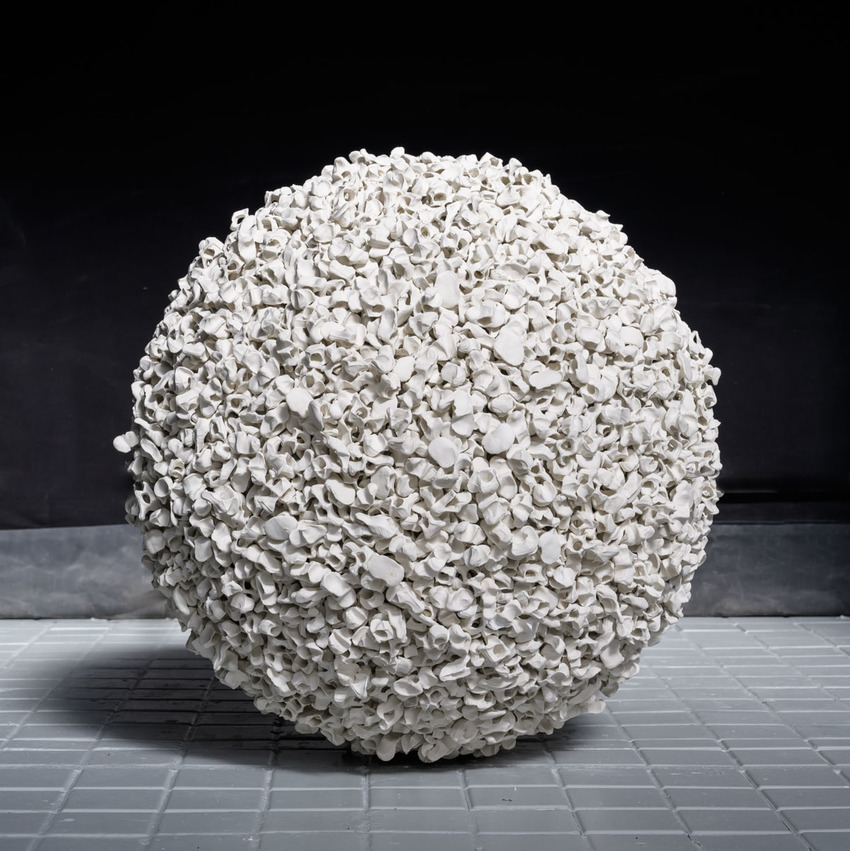 In order to create the sculpture, it was first necessary to design an inner structure capable of evenly distributing and supporting the estimated weight of the final sphere (which has a diameter of 100cm) while resting on a circular base of only 16cm. The result is a delicate sculpture which gives the illusion of self-balance while in fact relying on careful internal engineering. 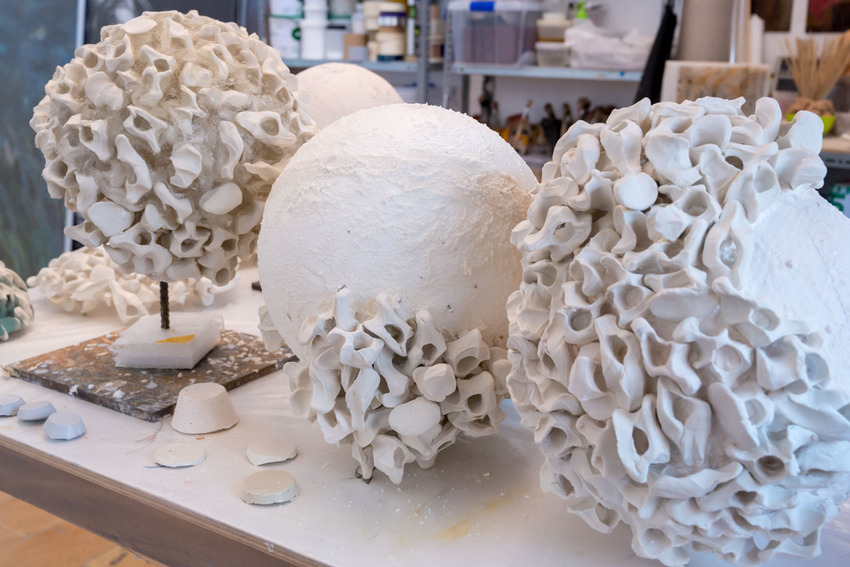 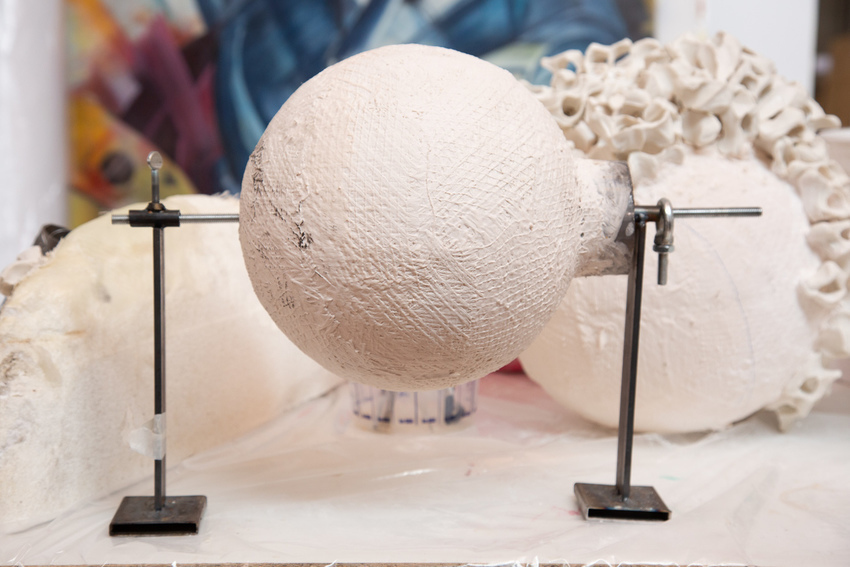 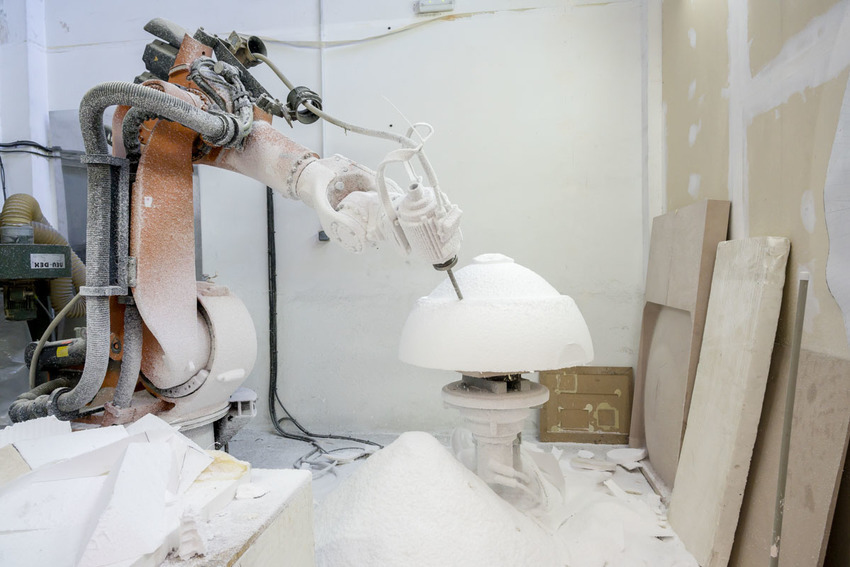 The ceramic pieces were then glued one by one to a CNC-milled polystyrene core, which had been coated in epoxy and fiberglass to improve adherence to the initial “layer” of ceramic pieces. Factum’s artesans used then a syringe to glue the pieces to the sphere, a long process resembling the assembly of a puzzle: the structure had to be carefully balanced at all stages and retain a sense of overall uniformity despite the fact that each ceramic form is unique. 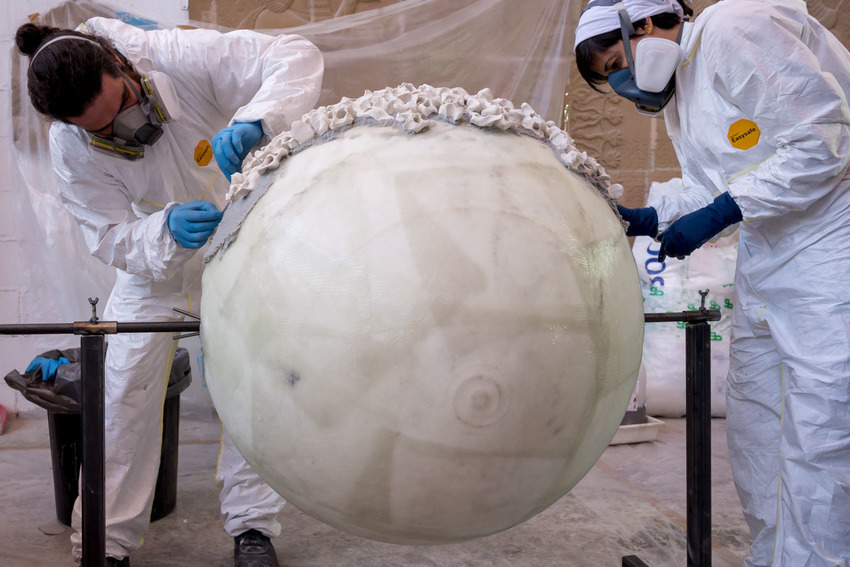 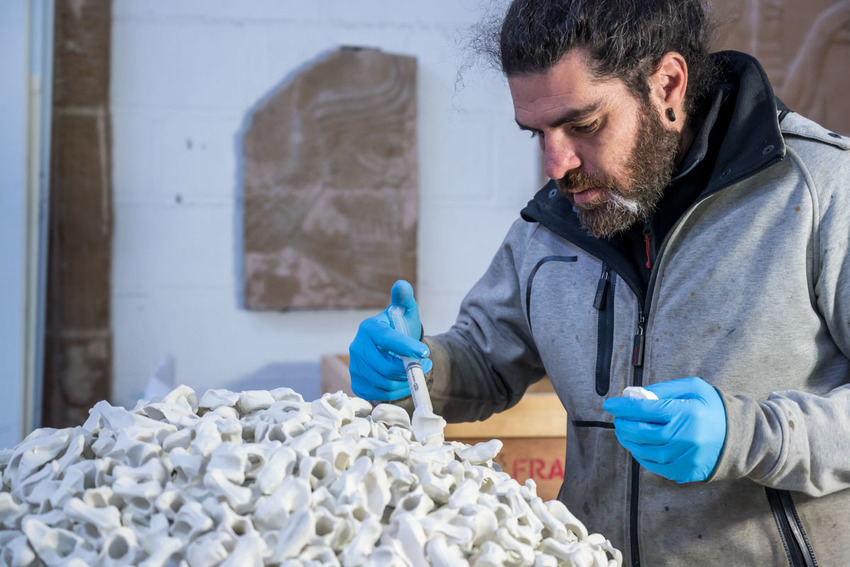 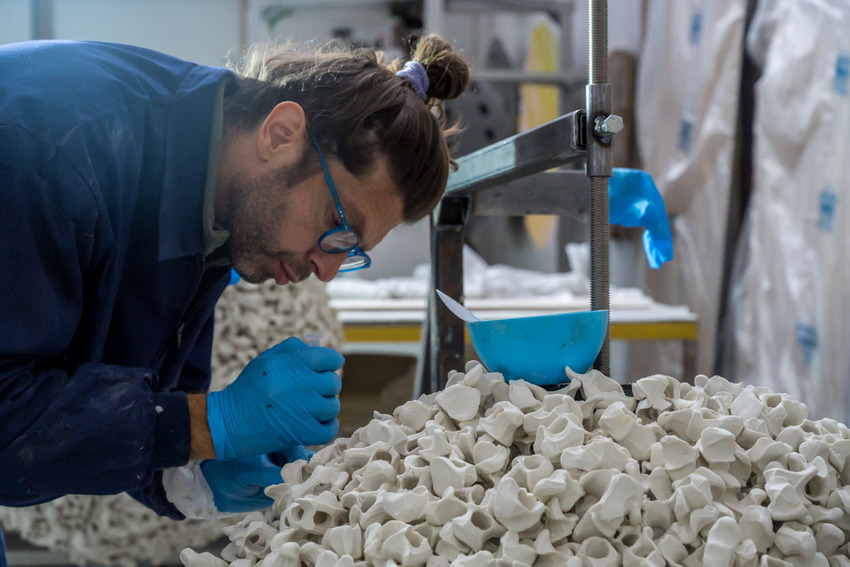 A small removable section on top of the sphere allows an attachment to be appended, making it possible to move the sculpture without breaking the fragile ceramic pieces. 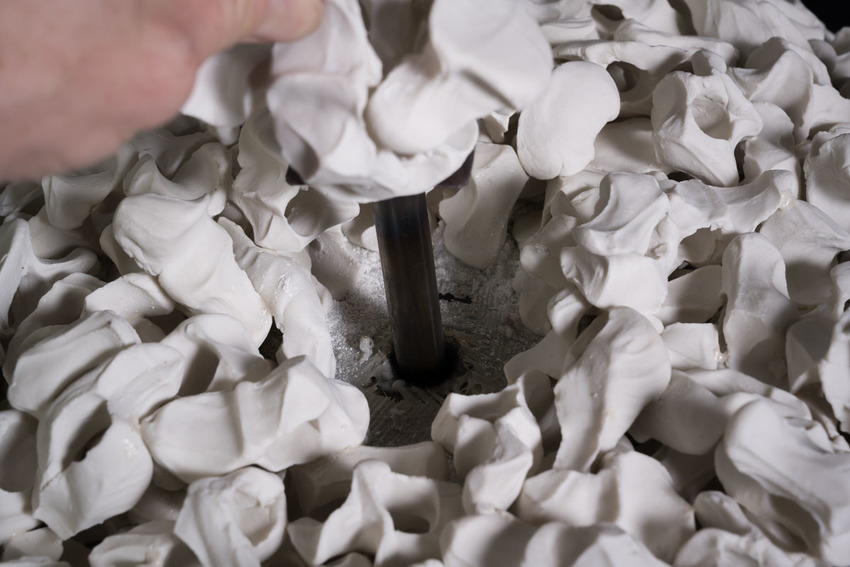 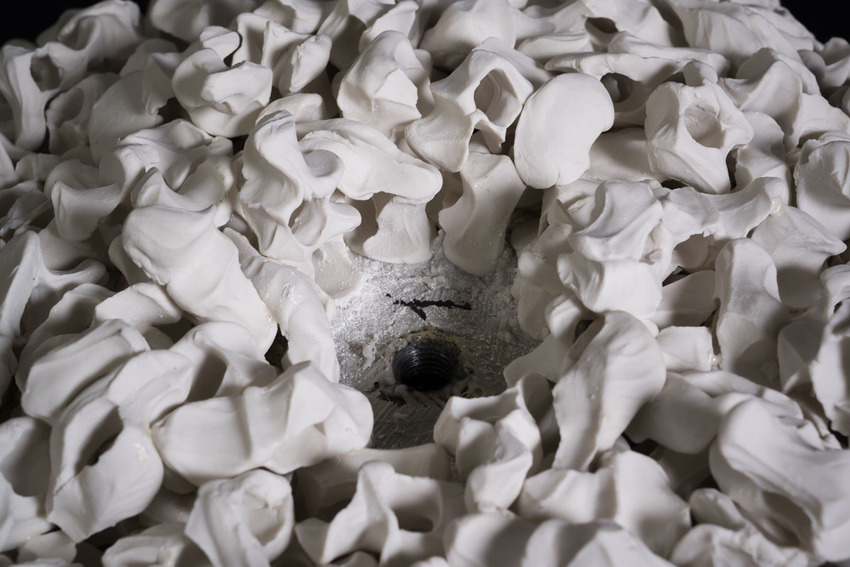 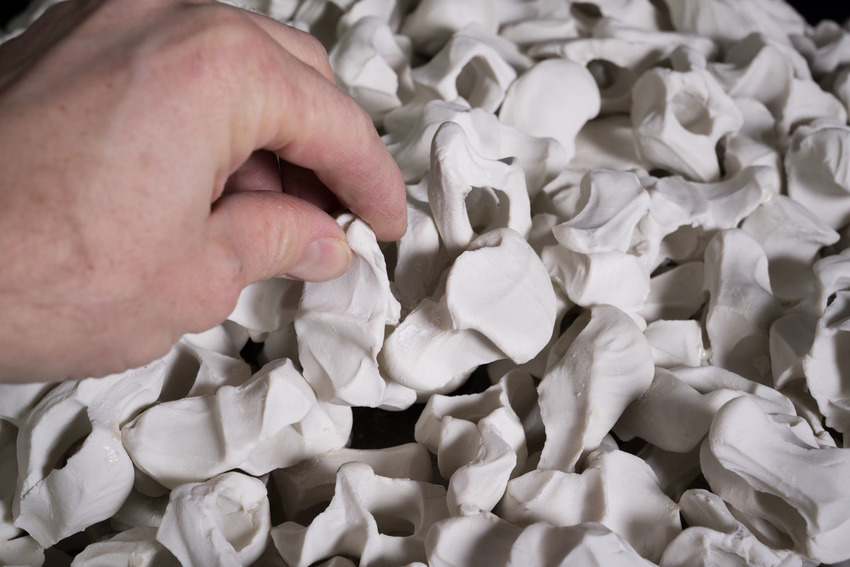 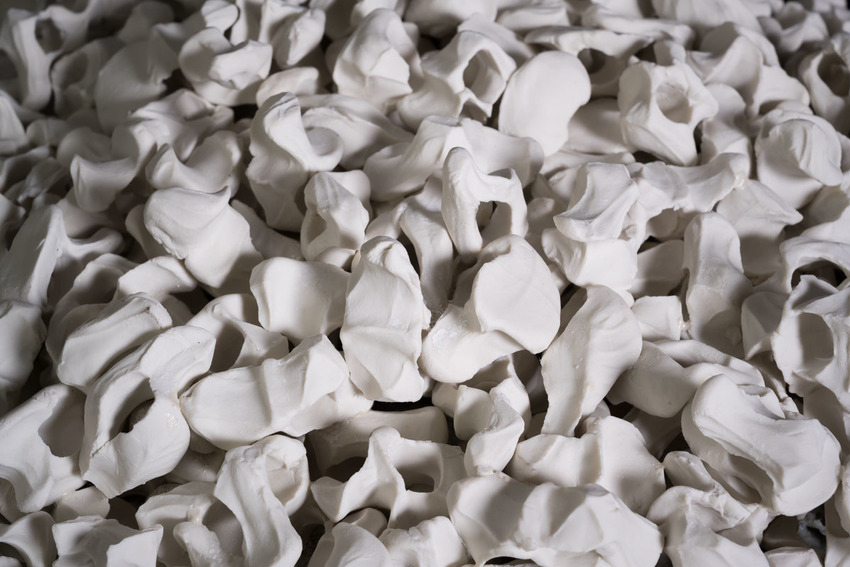