Thutmose III was one of Ancient Egypt's greatest Pharaohs. Ruling during the Eighteenth Dynasty, from 1479 to 1426 BCE, I belong to the civilizations most glorious era and was noted for securing its borders against its African and Asian enemies.

The celebrated ancient ruler and his final resting place were immortalized in this exhibition based on the concept of the Egyptologist Dr Erik Hornung (professor emeritus at the University of Basel) and Dr Theodor Abt (president of the Friends of the Royal Tombs of Egypt, Zurich ). Originally developed by Factum Arte for the National Archaeological Museum in Madrid and titled 'Las Horas Oscuras Del Sol' , Immortal Pharaoh was displayed at the City Art Center in Edinburgh in 2005 in what was its only UK appearance in a world tour covering much of Europe and the USA. 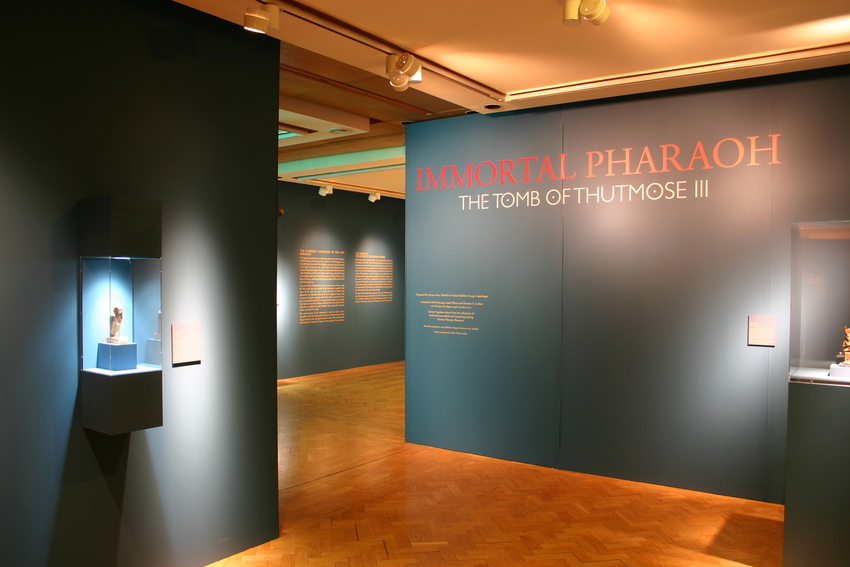 For this exhibition, Dr Christian E. Loeben and Dr André Wiese made a selection of objects from the Egyptian collections in their charge: the Kestner-Museum in Hanover, Germany and the Antikenmuseum Basel, Switzerland. These original objects illustrate the themes of the Amuat and the rituals surrounding burial, mummification, and rebirth. However, the undeniable centerpiece of the exhibit was an exact replica of the burial chamber of the Tomb of Thutmose III created by Factum Arte. It provides unprecedented access to the paintings and text in the tomb without harming the originals in any way.

The walls of the Tomb of Thutmose III in the Valley of the Kings Luxor contain the first complete depiction of the Book of the Amulet, also known as the Treatise of the Hidden Room. It chronicles the Pharaoh's journey through the twelve hours of darkness from sunset to sunrise the next morning. The text is a manual providing the key to eternity and identifies the magical spells and incantations required to overcome the dangers of the underworld. These painted walls were extensively photographed and then scanned by Factum Art in order to construct a vast, enlarged digital collage that removed all parallax effects and photographic distortion. The resulting files were then retouched to match the colors for those used in the original and later printed onto gesso panels using a flatbed pigment printer with an average dimension of 210 x 110 cm. The final dimensions of the facsimile stood at 18 x 9 x 3.2 meters, with two free-standing square columns measuring 1.2 meters on each side. Following the printing, key final detailing was added by hand to further emulate the damage and aging that gives the original walls their character and in turn reinforce the unnerving feeling of being inside an ancient tomb to the viewer.

Photos of the exhibition alongside a selection of conceptual virtual images: 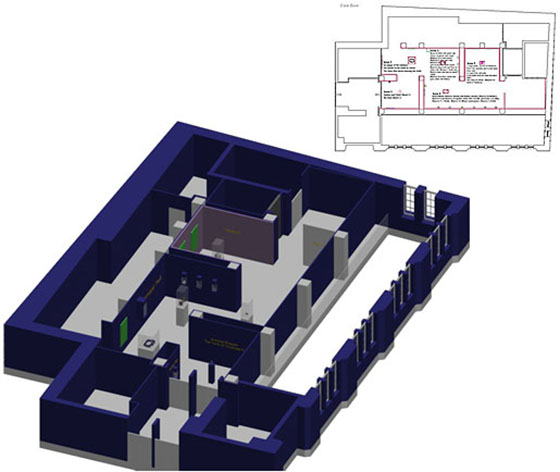 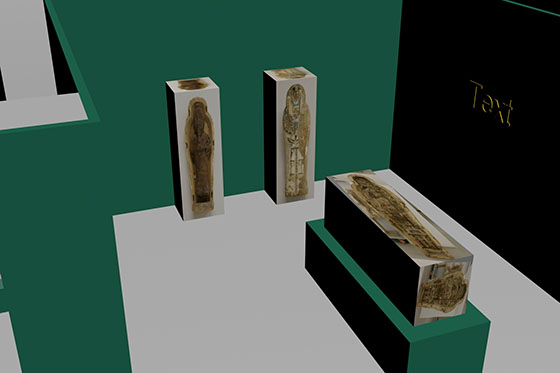 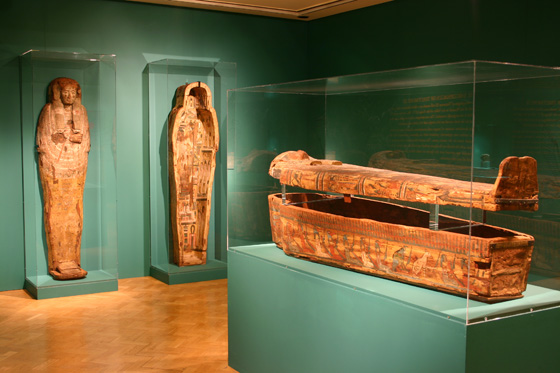 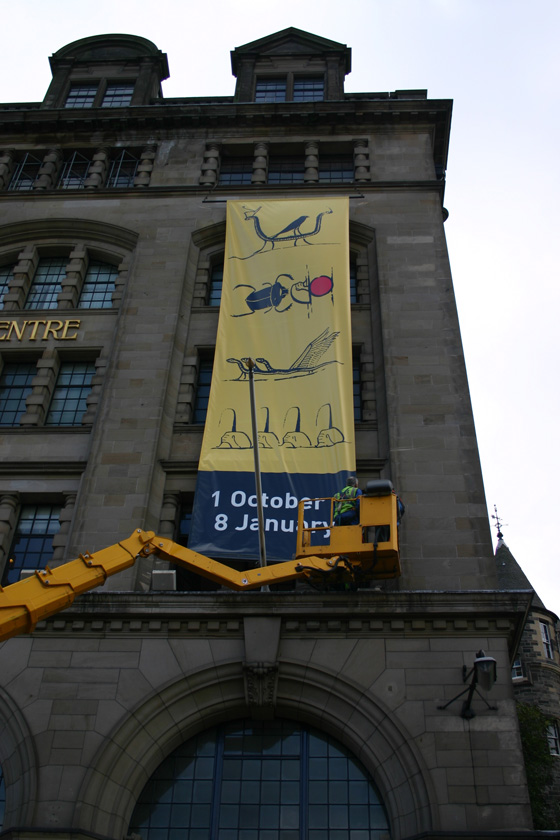 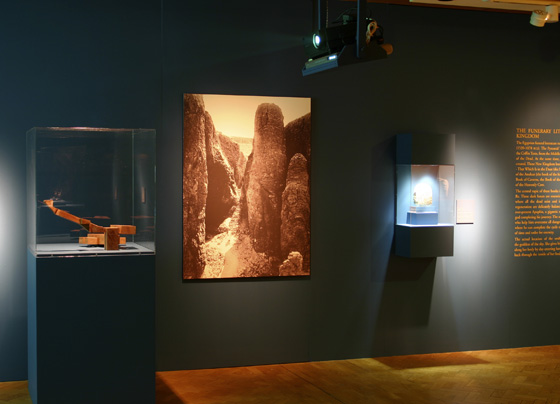 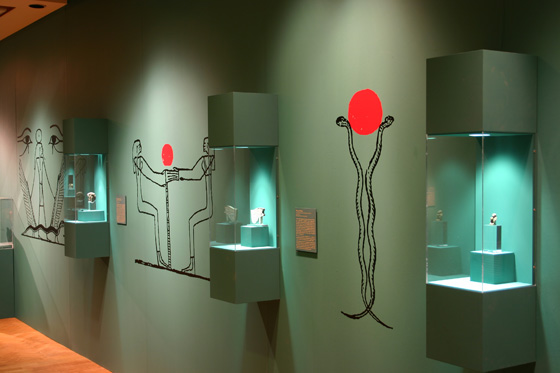 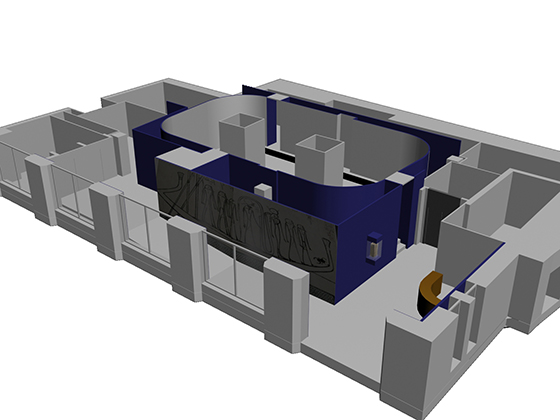