Recording with the Lucida 3D Scanner 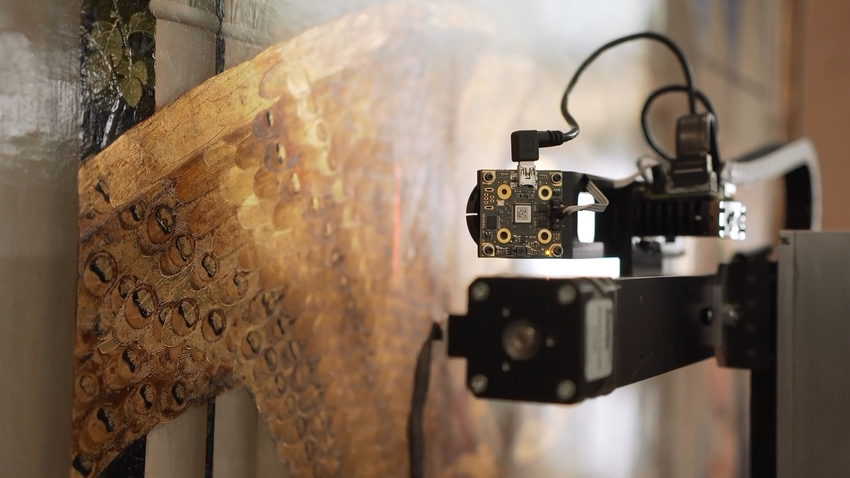 The Lucida 3D Scanner reveals what the texture of an object looks like without colour. It is a close-range, non-contact 3D recording system that captures high-resolution data (up to 100μm) of the fine surface relief of paintings and other low-relief objects.

The Lucida records 3D data in 48 cm x 48 cm 'tiles' by projecting a moving strip of red light onto the surface of an artwork. The distortions in the light as a result of the surface relief are captured by two video cameras positioned at 45° to the laser. The black and white video is automatically processed by the integrated scanner software to produce a 3D file and its associated render - an 'image' of the 3D data. The video files can also be stored in raw formats for re-processing at higher resolutions should new software become available in the future.

The Lucida was designed for art conservation: the system is entirely non-contact and the scanning head remains 10 cm away from the surface of the artwork at all times. The scanner can be packed into compact cases for travel and is easy to transport and assemble, which enables recording around the world, whether in museums or more logisitically complex situations. It is a flexible system that can be built to record very large works (such as the Raphael Cartoons at the V&A), fragile works on paper that require horizontal scanning (for example, Michelangelo's Epifania at the British Museum), or entire tombs in the Valley of the Kings.

Scanning is controlled from a laptop through a simple, intuitive user-interface that was developed with practising conservators and leading cultural heritage specialists. The Lucida scanning application allows an operator to control the intensity of the laser light, which can be increased or decreased from within the application depending on the nature of the material being recorded – dark surfaces require stronger laser intensities. This feature, together with the Lucida's specialised hardware and software applications, enables recording of both dark and light colours within one object. The Lucida can also capture glossy and even reflective materials like gold, which many commercial systems struggle to record in 3D.

Although the Lucida’s depth of field is limited to 2.5cm, the custom software application allows the operator to select specific sections of the target if ‘re-scanning’ at a different depth is required. Re-scanned data is easily ‘merged’ with the main scan during post-processing. The z-axis, which enables movement toward/away from an object, is mechanical as an extra safety precaution.

Images from recent Factum Foundation Lucida recording initiatives can be seen below. Click on the image for more information about the project and its outcomes. 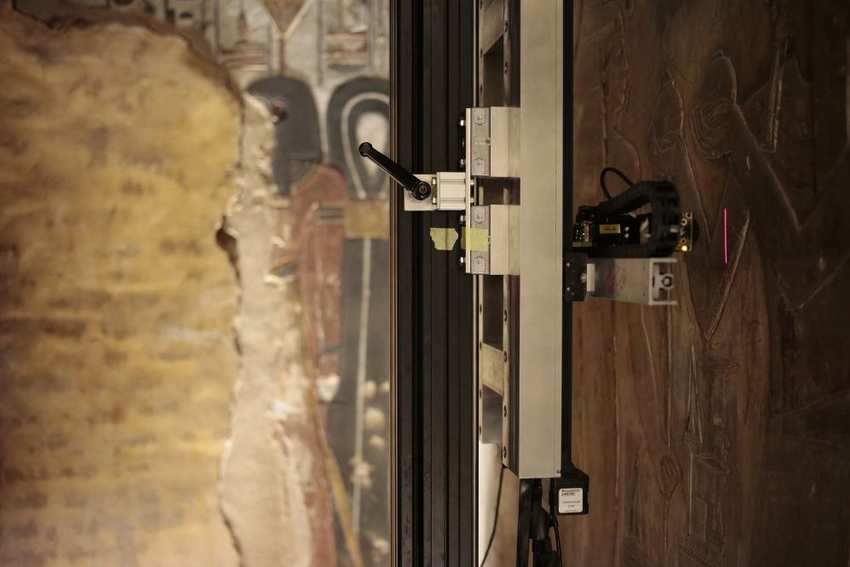 Scanning the tomb of Seti I in the Valley of the Kings, Luxor © Factum Foundation 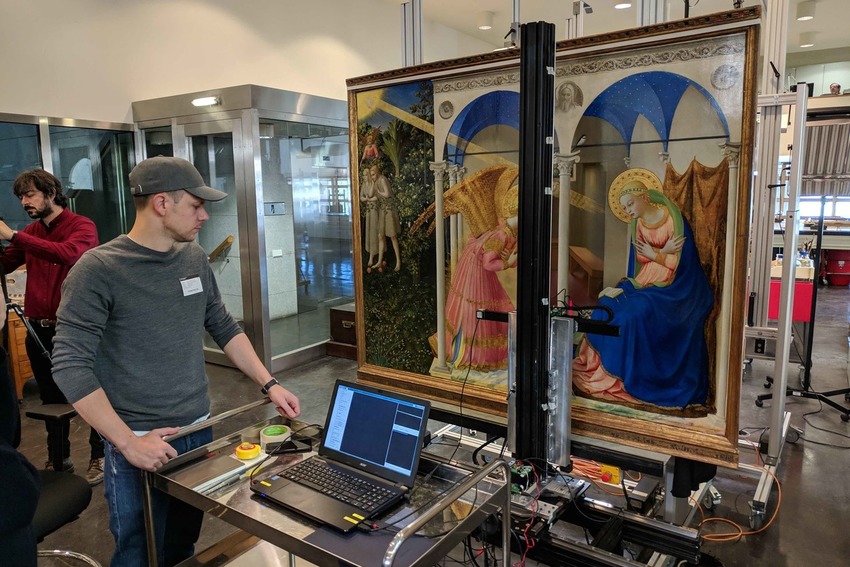 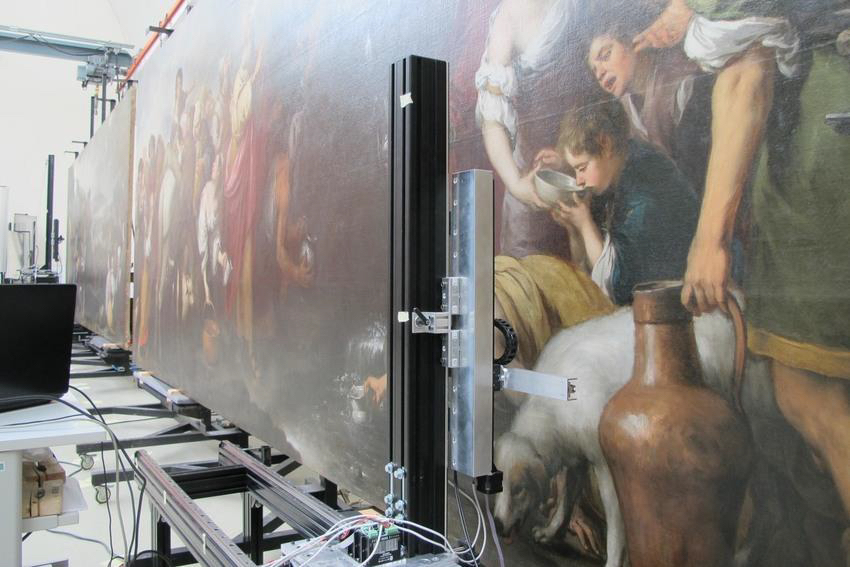 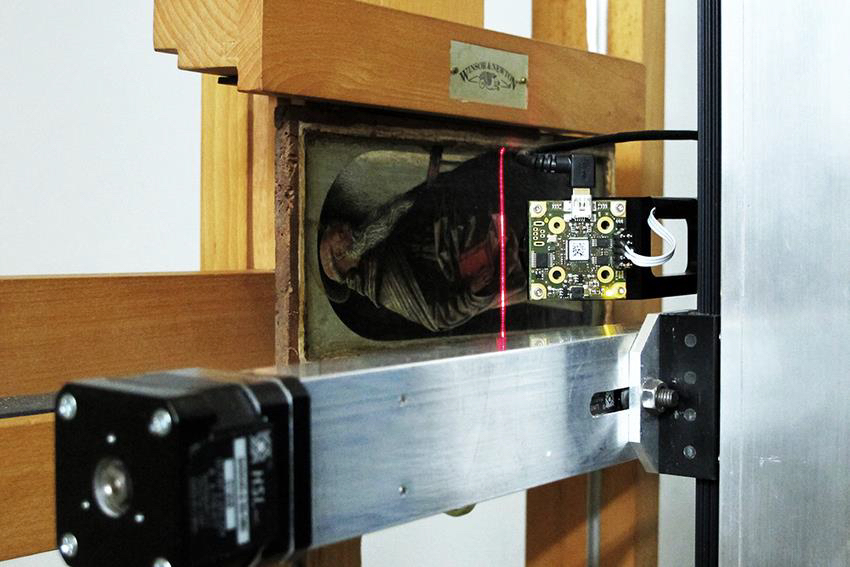 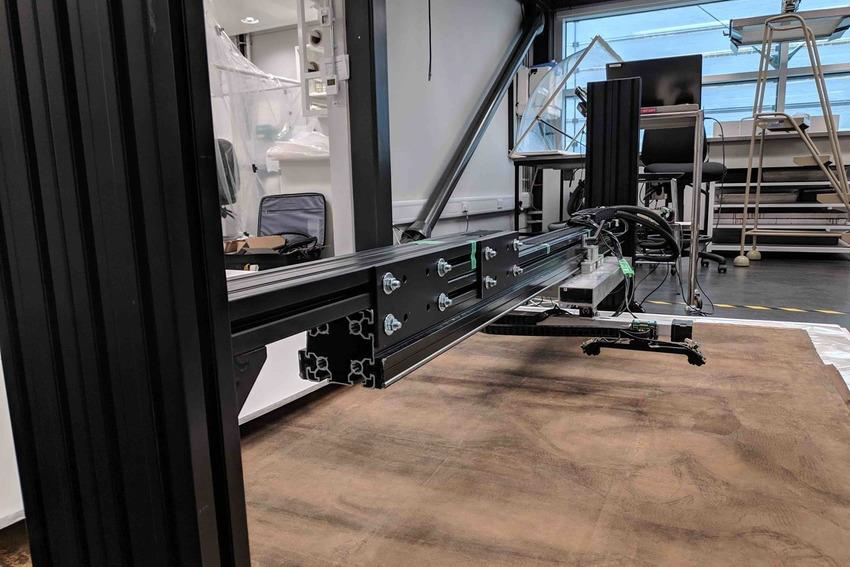 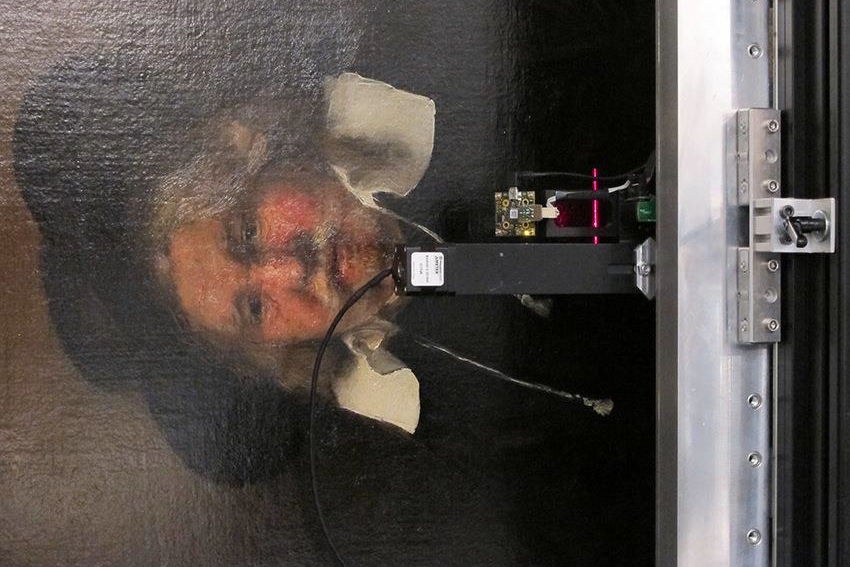 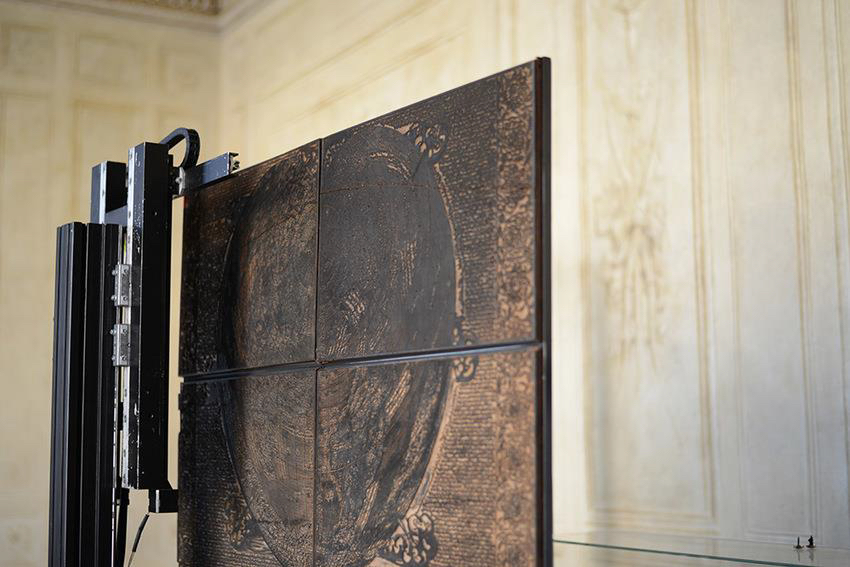 After recording the data is processed in the workshop using both custom-made and commercially available software.

Data recorded in the same 'tile' but in different 'rescans' can be merged to obtain a full set of data for a 48 x 48 cm surface. 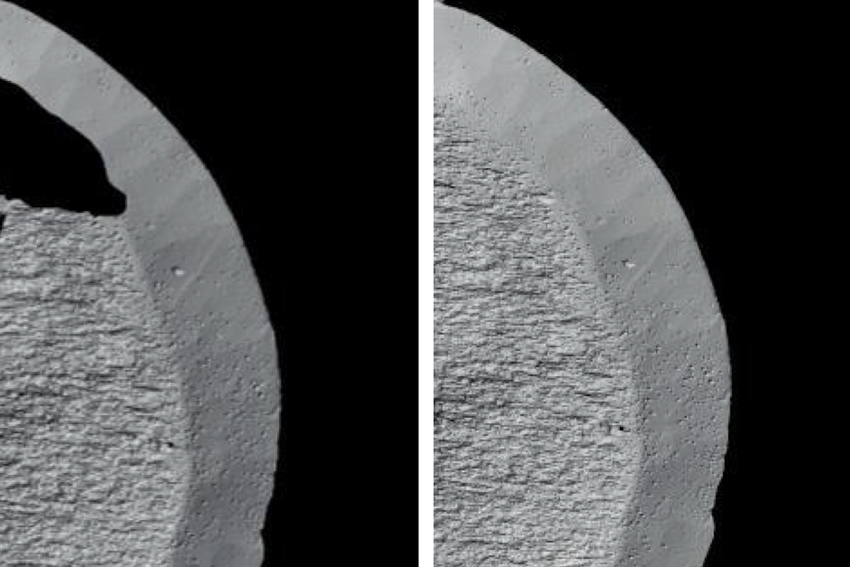 The image on the left shows data for an object with depth variation greater than 2.5cm - there is no data in the dark area. A 'rescan' of the dark area has been merged with the main tile © Factum Foundation

The data is then ‘cleaned’ using the custom-made Editing app (see the image below, for example - 'rain'). The editing of noise and other artifacts is necessarily a partially subjective process and kept to a minimum. The original files are always archived as a record of the raw data recorded by the scanner and could be revisited at a later stage if necessary. 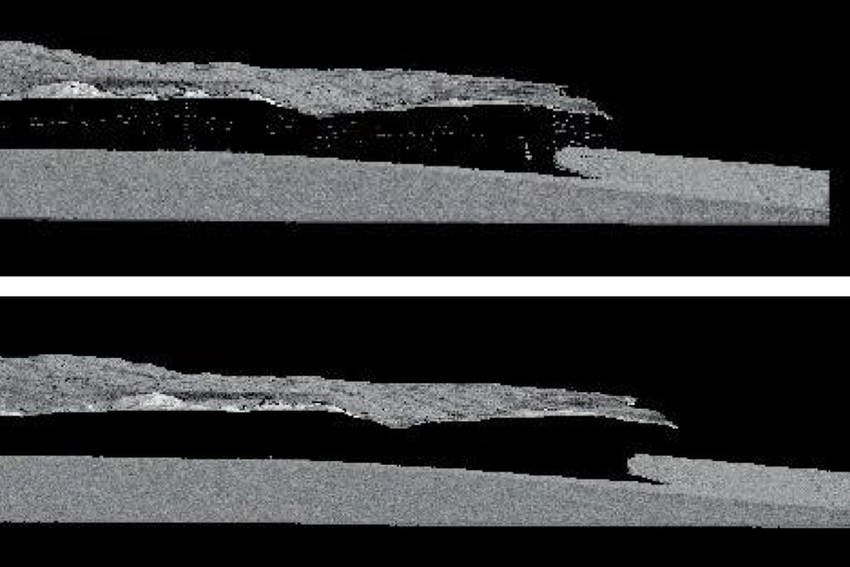 Rain - small floating particles have to be removed, particularly if the data is going to be rematerialised with CNC milling or 3D printing @ Factum Foundation

The renders of the 3D tiles are ‘aligned’ with the photographic stitching software PTGui. Then, using an innovative ‘switch’ between the rendered image and the 3D coordinates, the 3D data is placed onto the ‘skeleton’ of the 2D render and the tiles are 'blended' together using standard image-stitching software such as Photoshop. This means that 3D data – which is often heavy and difficult to manipulate – can be handled with greater ease.

New editing tools are in development to simplify processing of large or complex datasets.

In the images below are examples of Lucida data for the surfaces of paintings and other objects. Click on each image to find out more about the project and the data recorded. 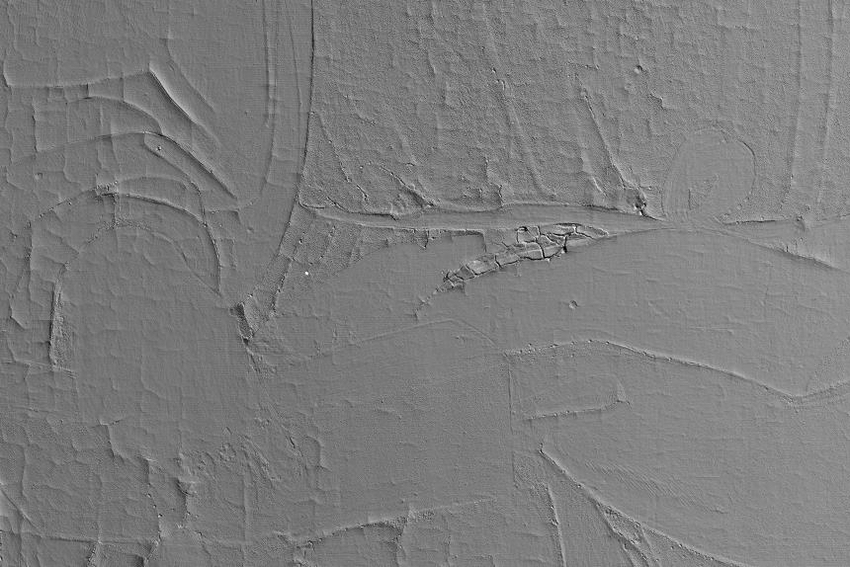 Render of Lucida data from the surface of San Pietro by Francesco del Cossa, a painting that was scanned for reproduction and research © Factum Foundation 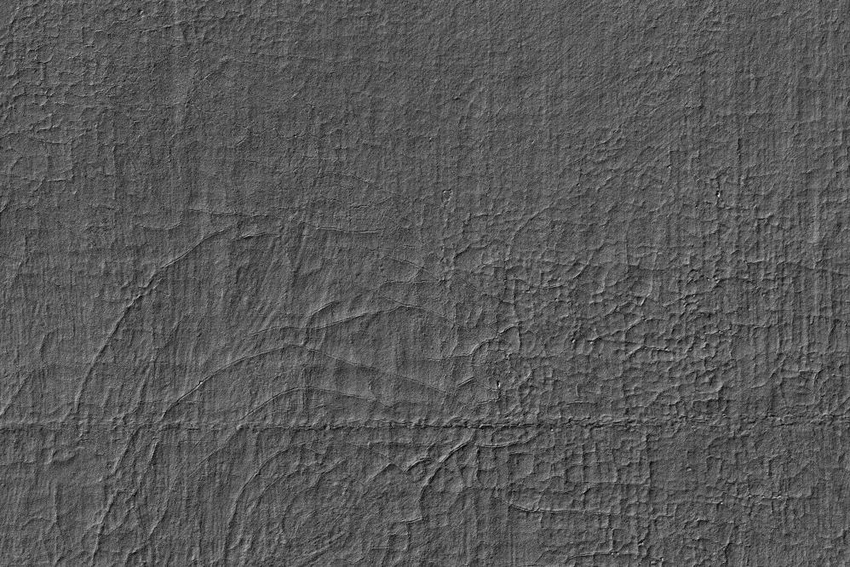 Craquelure on the surface of a painting by Murillo © Factum Foundation 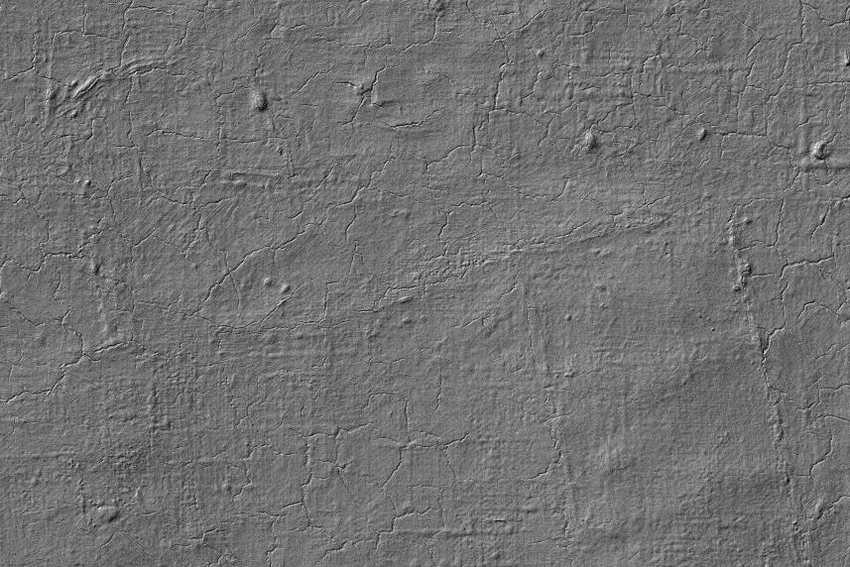 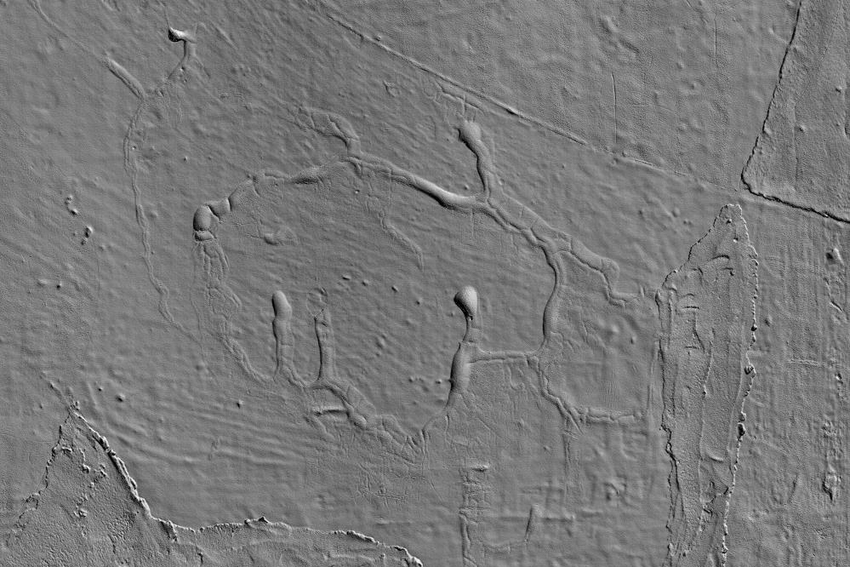 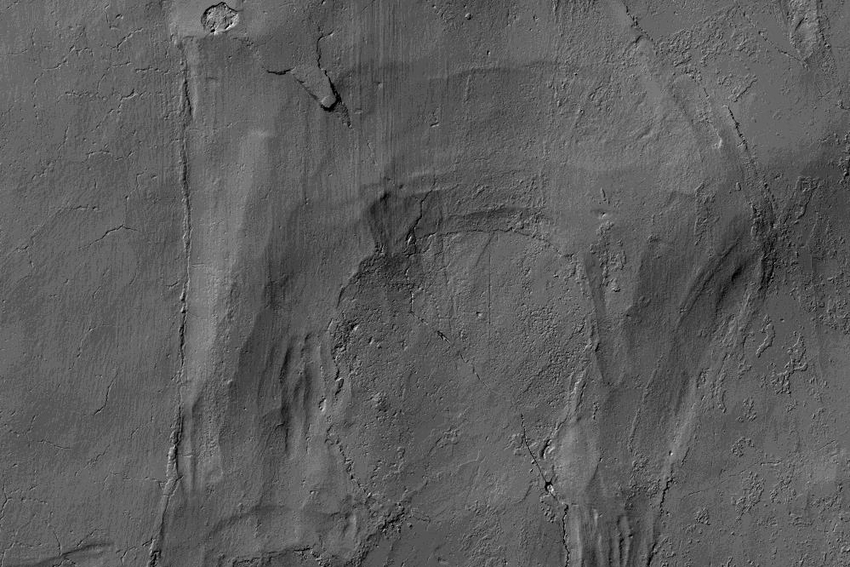