The greatest of all delusions

The Equilibrium series, Jose Dávila's first project with Factum Arte, develops a concept first explored in an earlier artwork, The Weaker has Conquered the Stronger, which won a Baltic Artists' Award in 2017. At Factum Arte, Dávila experimented with different materials to recreate the tension at the centre of this work, the uneasy relationship between balloon and stone, in new configurations and for new and more permanent contexts.

The series continues a thread which has long been present in Dávila's work, constructing seemingly barely-possible physical relationships between objects and asking the viewer to engage with the strength and frailty, tension and repose inherent in a composition.

The central bond between balloon and stone is created using magnets, which are positioned within the objects; extensive testing and research into magnetic forces was necessary to achieve the end result. Dávila also experimented with balloons of different sizes, changing the visual balance of the piece. The final balloon was made by casting a model of a real balloon in porex, while the stone is a resin cast of a volcanic rock, sent by the artist to Factum's Madrid workshops.

The first new sculpture in this series has been exhibited for Travesia Cuatro at ARCO 2020 in Madrid, while a second is currently in production. 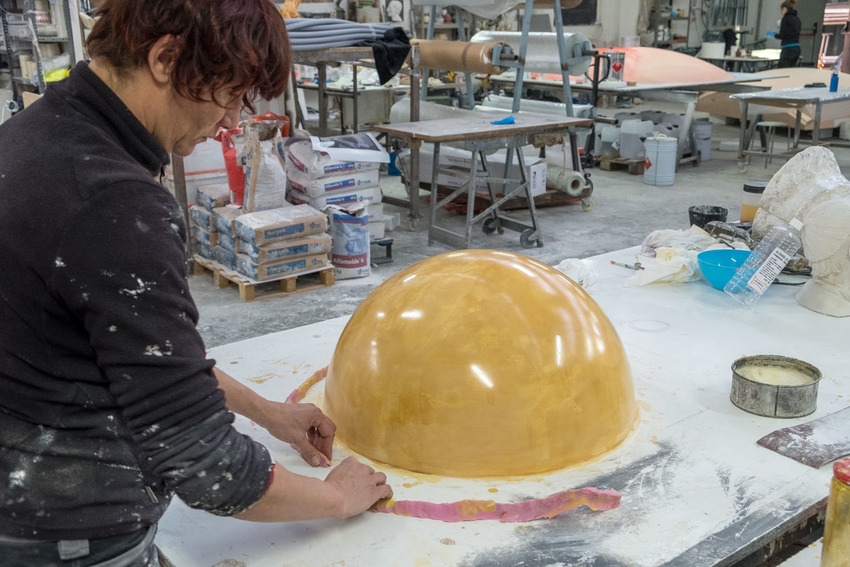 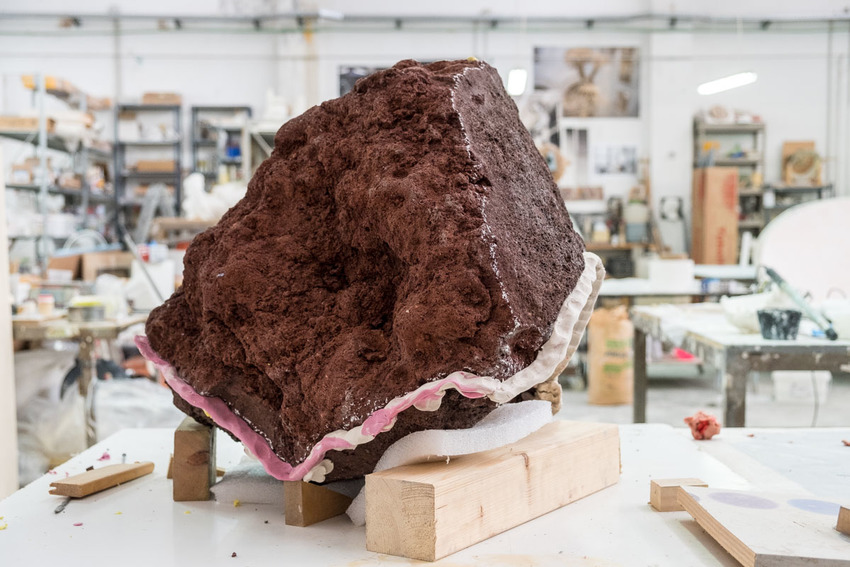 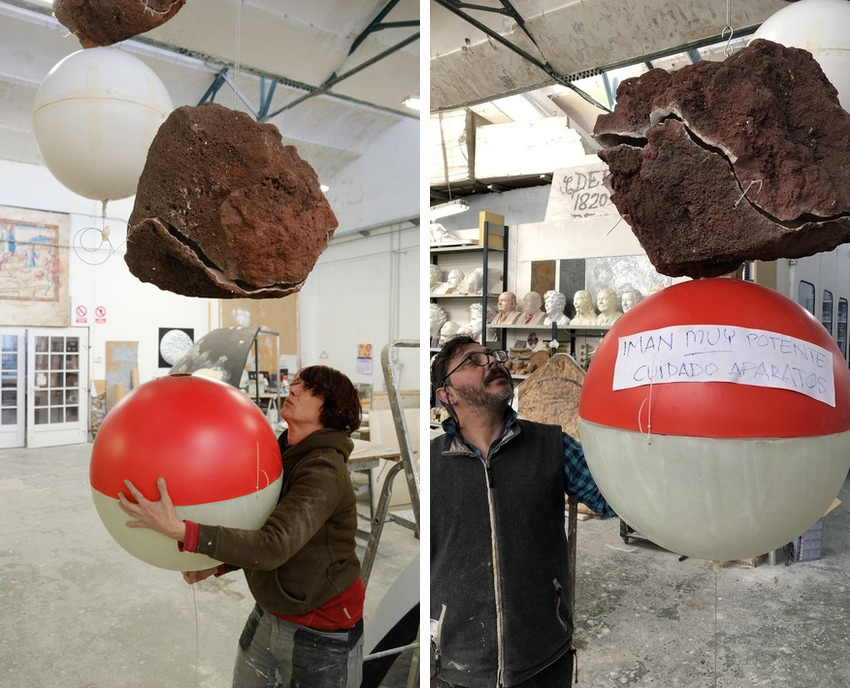 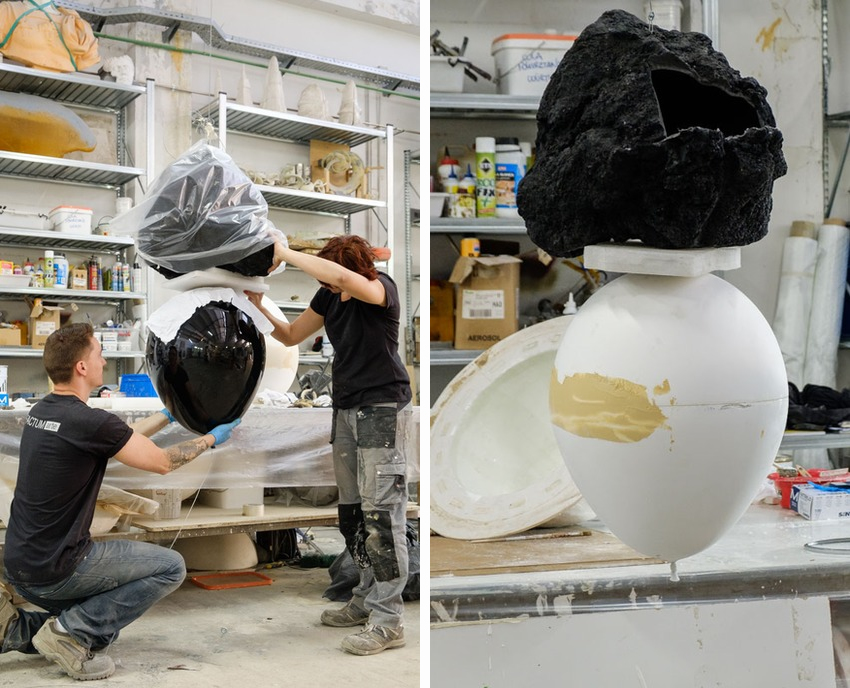 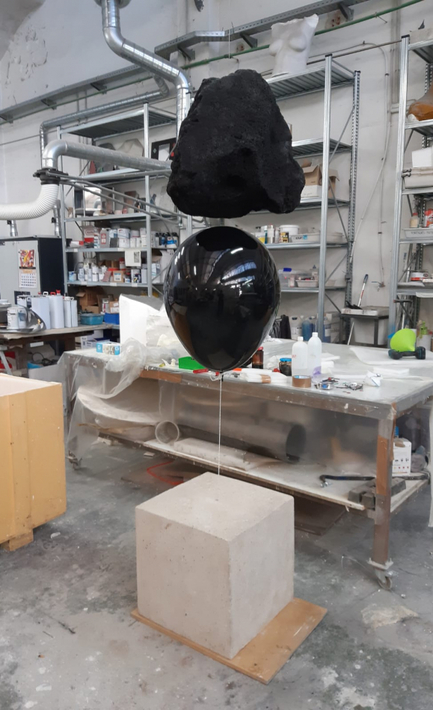 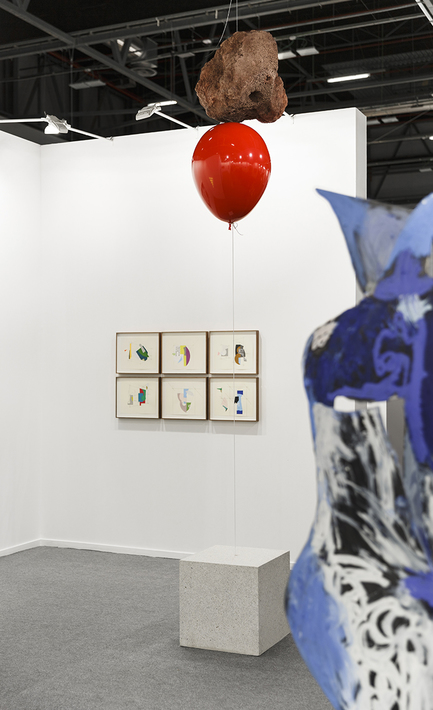 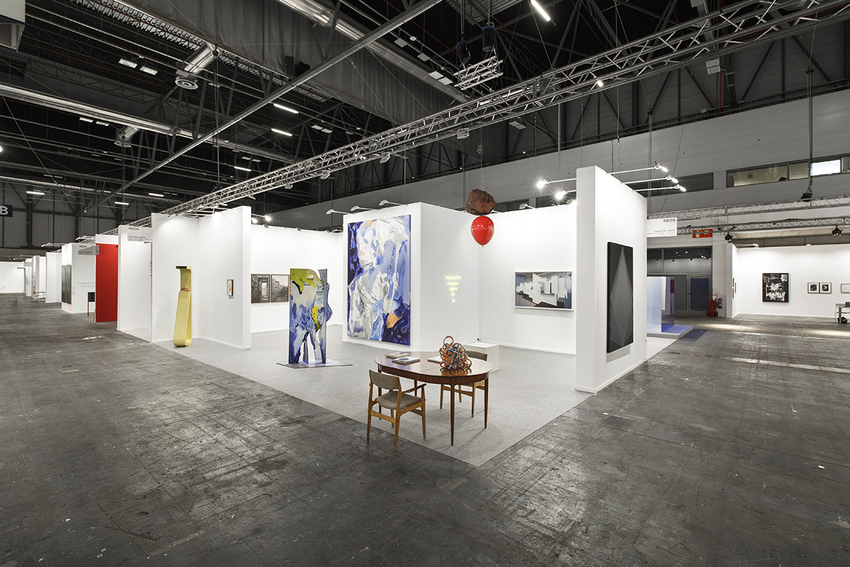