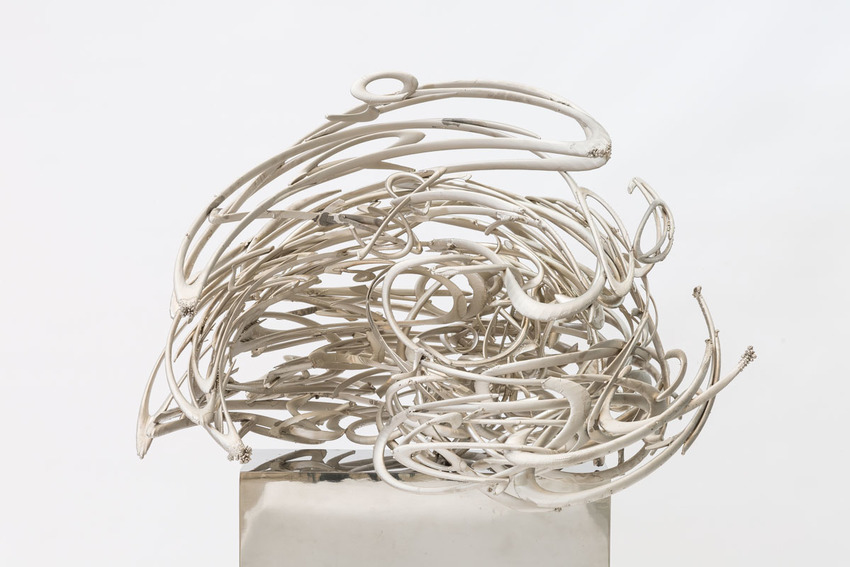 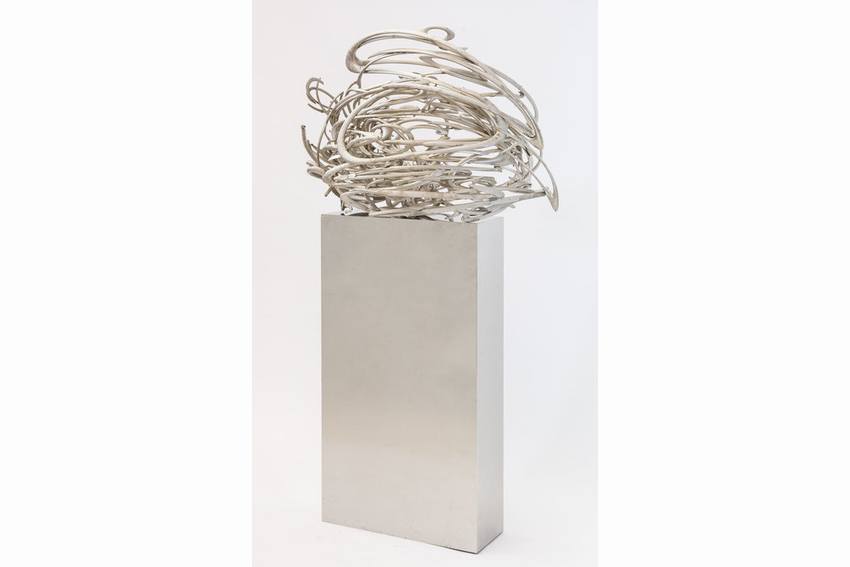 Spiral (2019) is part of a wider experimental project by Chicago-based US artist Paula Crown in collaboration with the team at Factum Arte. Universal Symbols explores primitive language, communication and miscommunication through the potential inherent in 32 of the earliest man-made marks, traces of human connection that have a genealogical link to symbols still in use today – the hashtag, the asterisk or the spiral, amongst others. In Universal Symbols the artist manipulates these most basic of symbols to look at how far their form can be altered before they become illegible. She thus tests the point at which the unadorned meaning of the symbol is called into question by the viewer.

Spiral (2019) evolves the basic spiral into a complex form that results from the integration of digital technology with naturally occurring structures from the nickel-plating process.

The artist worked with digital 3D modelling in Z-brush to elaborate a complex spiral for 3D printing. The sculpture was 3D printed in resin using stereolithographic (SLA) technology, a complex operation that involved printing the spiral in one piece. The printing support structures were later removed in a lengthy manual process. 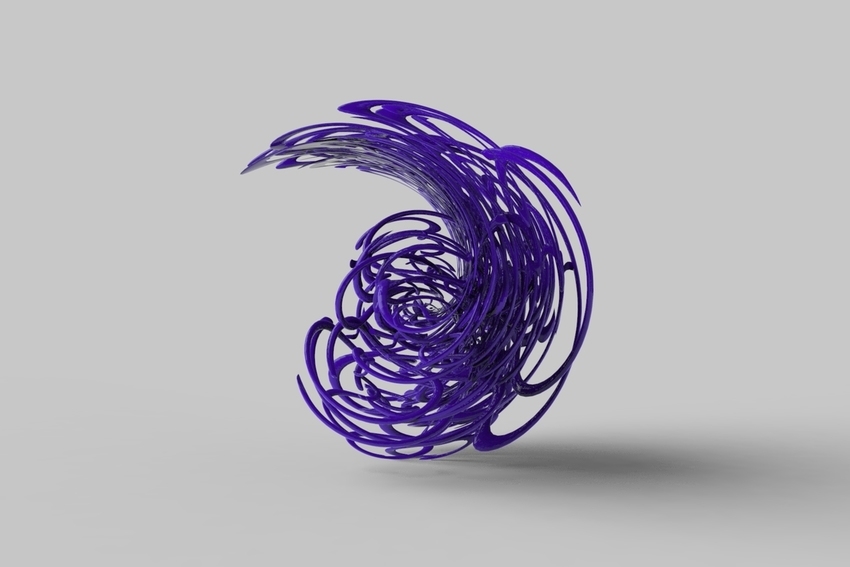 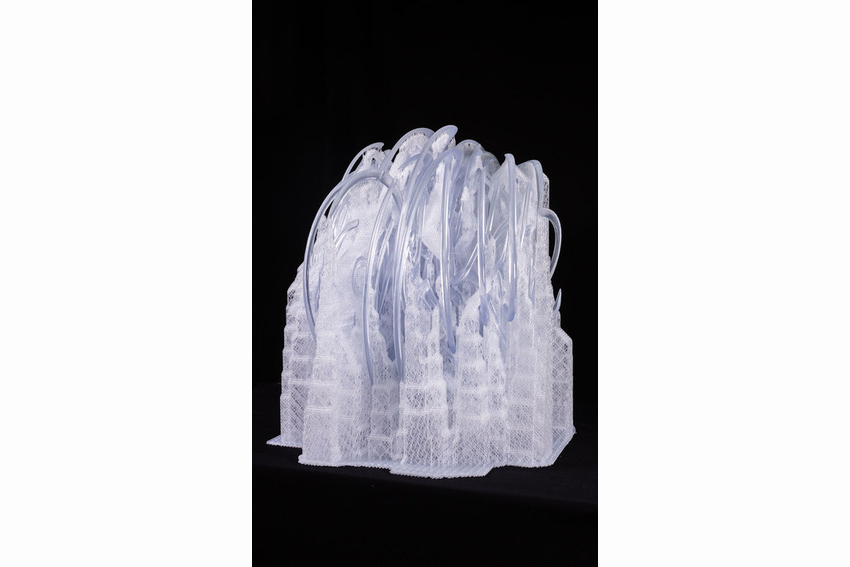 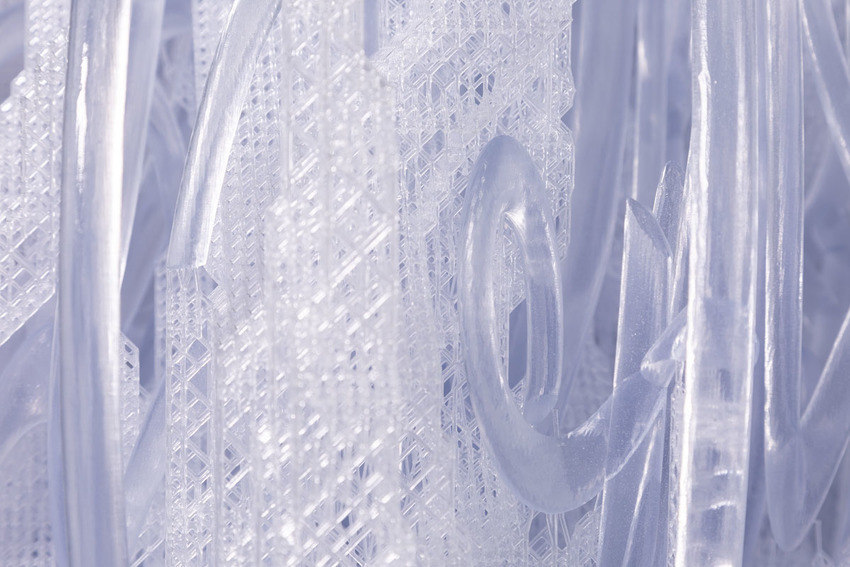 The delicate form of the resin spiral was metal plated – for this procedure to work, the resin was coated in conductive paint prior to an initial electrolytic copper bath. The second, nickel-plating process involved placing the structure in an electrolytic nickel solution for a longer time than usual. Modulating the electrical current encouraged the growth of arborescent nickel formations whose fractal qualities evoked an organic protrusion from the hyper-stylised 3D-modelled spiral. 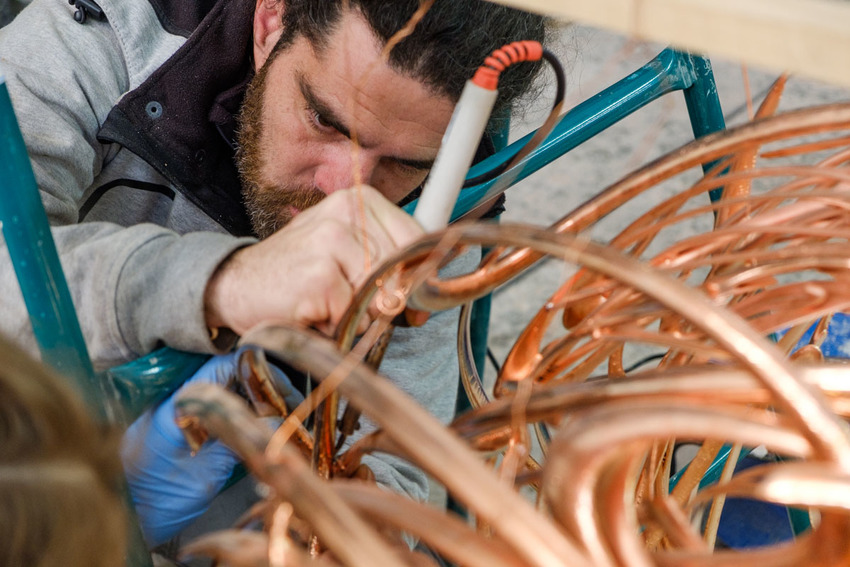 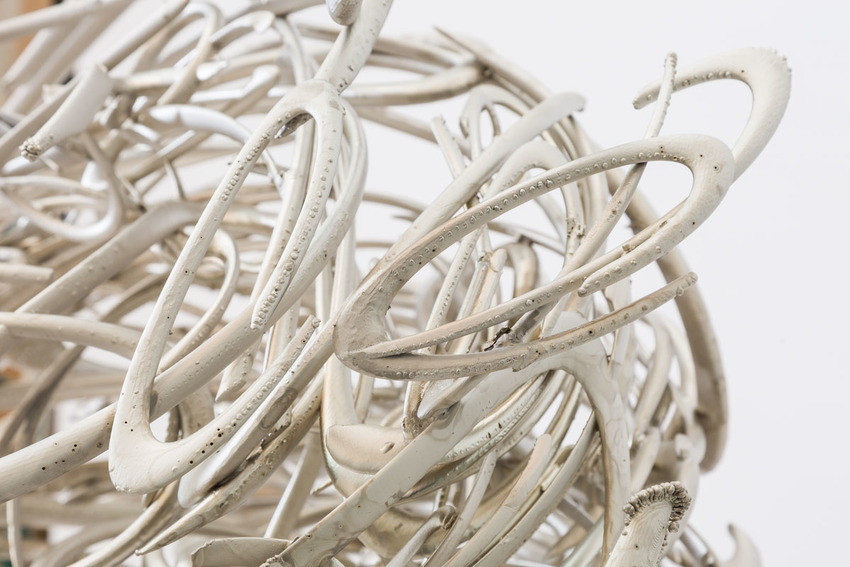 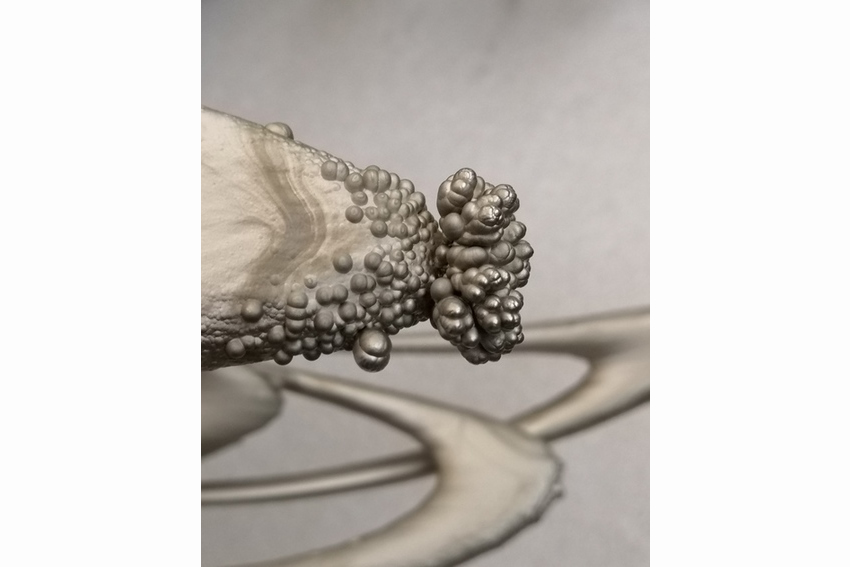