Jeff Wall was born in Canada in 1946. He lives and works in Vancouver. He makes use of the assumption that photography documents reality to construct his own reality. His photos are not taken from the everyday although this is what the initial impression might seem to suggest. He carefully chooses characters, sets and locations to create a highly specific composition and then minutely studied down to the last detail through the use of video or graphics on the photo itself.
Jeff Wall has a great admiration for painting, often mentioning Velázquez, Delacroix, Manet and Hokusai. His images often making reference to well-known works of art.
His work is exhibited in international museum and galleries such as the Tate modern, Walker art Centre in Minneapolis, Beyeler Foundation in Basel, MACBA in Barcelona. 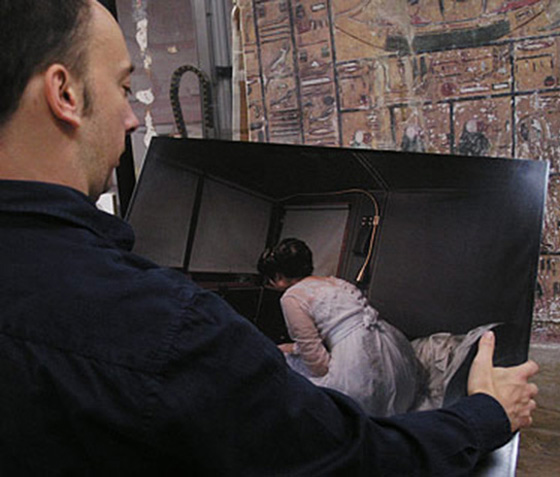 Jeff Wall initially contacted Factum Arte and a long dialogue has followed about the permanence of colour photography and the possibilities of producing permanent high resolution digital prints with a photographic resolution. Over the years tests and experiments have been carried out resulting in the design of a flatbed printer that can print at 2880 dpi onto specially prepared gesso panels. 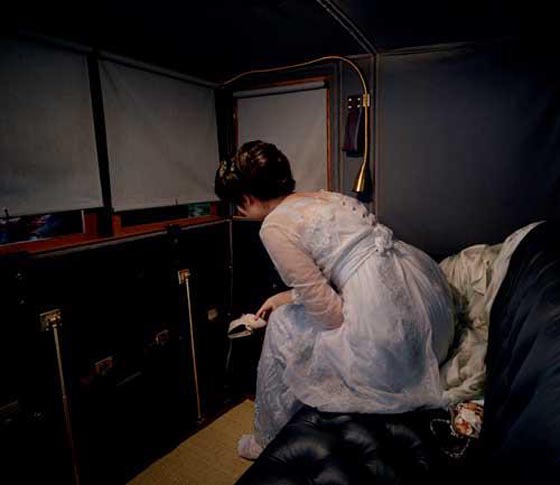 Tests carried out at Factum Arte for Jeff Wall have consisted of:

The aim is to produce a beautifully subtle surface that can be printed at photographic resolution without the use of laminates and adhesives that have a negative effect on the longevity of the work.

We printed Diagonal composition, Window and Mishima as well as tests of larger works.