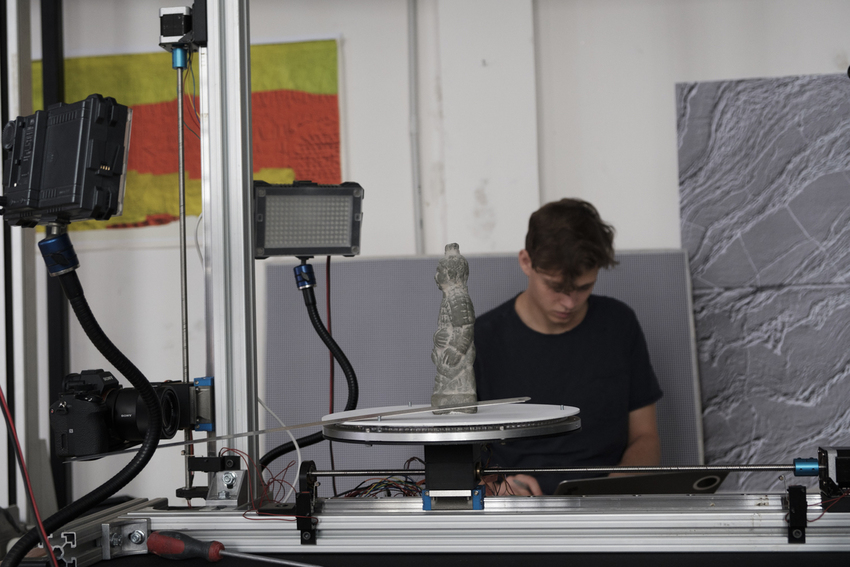 Matt Marshall working with the Small Objects Scanner at Factum. The object is placed on the rotating table in preparation for recording.

The Small Objects Scanner is a photogrammetry rig designed to 3D scan objects up to 30 cm tall. The idea for the scanner was conceived following Factum’s work to record the many small fragments from the tomb of Seti I (Luxor) that are dispersed in various museums around the world – it was a time-consuming and laborious process. The end result of this research and development project will be a mechanised photogrammetry rig capable of efficiently recording large numbers of delicate small objects and only a minimal knowledge of photogrammetry will be required to operate the scanner.

The concept for the scanner is relatively simple: an object is placed on a mechanised rotary table and as the table rotates, the object is photographed from different angles and positions with a camera that can move towards and away from it on two axes. A recording session can be programmed according to the camera lens and the overlap required betwen images; the scanner then completes the recording without any further input required from the operator. The script used to run the scanner has been designed to work with Sony A7 cameras and three focal distances (35, 55 and 90 mm).

Preliminary tests have revealed the scanner to be at least as effective as manually recording an object with photogrammetry. 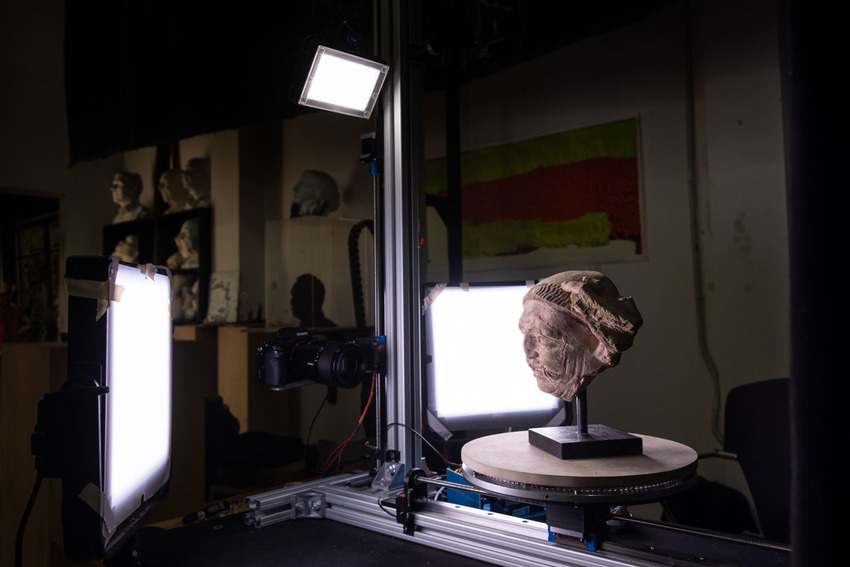 For more information about our new technologies for recording cultural heritage contact info@factumfoundation.org

The scanner is being developed by Matt Marshall from Loughborough University, Quinner Baird and Otto Lowe at Factum Foundation.