The Replica 360 Recto/ Verso Scanner was designed and built by engineers at Factum Arte and Factum Foundation for the rapid digitisation of a vast photo-archive belonging to the Fondazione Giorgio Cini (Venice). The archive contains roughly one million annotated photographs of paintings and other objects from the Veneto region and is considered the most complete photographic record of the history of art and architecture of Venice. The digitisation of the archive is part of the Replica Project an innovative digital humanities initiative by the Fondazione Giorgio Cini, École Polytechnique Fédérale de Lausanne (EPFL) and Factum Foundation.

The idea is that the vast amount of data recorded with the Replica at the Cini is stored and analysed by DHLAB at EPFL. The images are processed using algorithms that facilitate archiving and automate the data flow. DHLAB is also developing a search engine run with computer vision to facilitate the study of genealogical affinities between images from the Cini archive – a revolutionary new approach to the study of images that will lead to new discoveries and insights in the development of artistic form. The Replica Project, coordinated by Isabella de Lenardo, is a partnership with Venice Time Machine and supported by the Fondazione Lombard Odier. 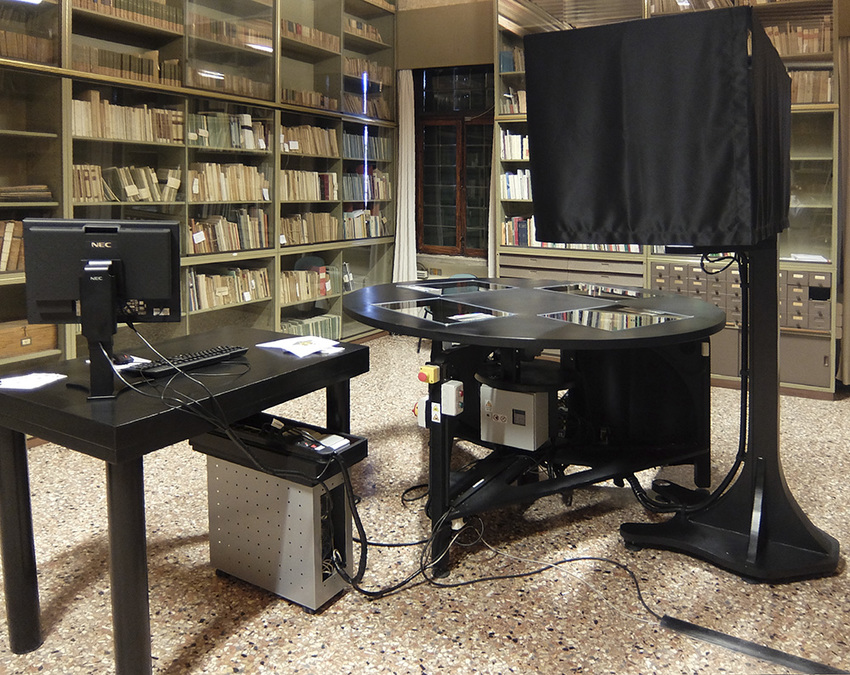 The Replica 360 Recto/Verso Scanner is a working prototype for a rapid photographic capture system. It is designed as a rotary table that moves continuously during a digitisation session, simultaneously photographing both sides of single-page documents and automatically downloading the images onto a computer.

Two operators must work together: one places a document on the table, the other removes it after the photographic cycle has ended. This crucial feature of the scanner is designed to permit interaction between the operators – the digitisation of cultural heritage often involves repetitive tasks that we believe are better performed in a social environment. At the same time, the system reduces manipulation time per document, and the circular set-up is space-saving.

The controlled-speed rotation of the table is driven by a motor. A sensor system detects the moment when a document is placed on the glass surface and detects its position for the cameras. Images are captured with two identical high-resolution cameras. The documents are lit using custom-designed flash-units electrically engineered, 3D printed and assembled at Factum Arte. The units provide low-level light that allows the cameras to obtain high-quality, focused images whilst keeping glares to a minimum.

In real-time the images are automatically downloaded onto a computer; the recto and verso images of each document are matched together, and an md5 signature for the files is generated to ensure integrity. The developed software uses the existing Cini catalogue, and corresponding technical and descriptive metadata, that are placed in a shared-folder for data backup and transfer to EPFL servers. 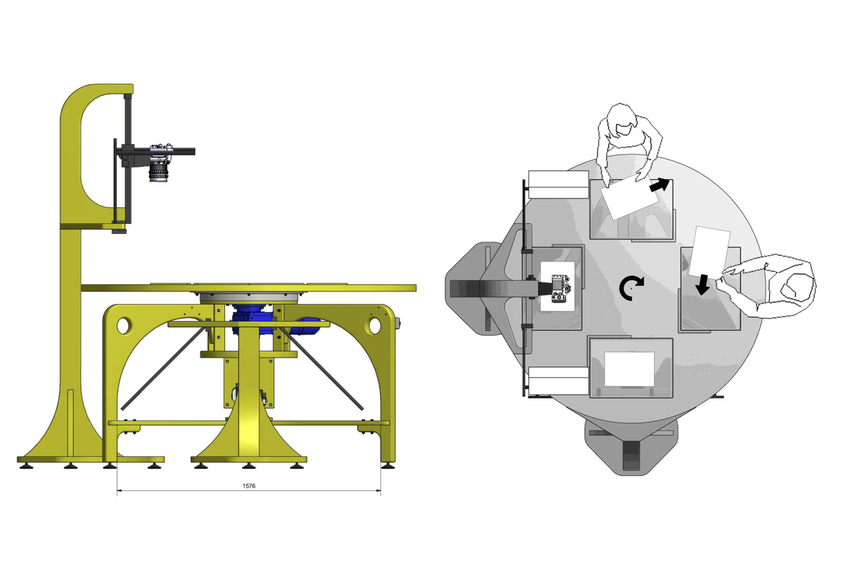 Left: Technical drawing of Recto/Verso scanner; Right: Birds-eye view of the scanner and disposition of the operators 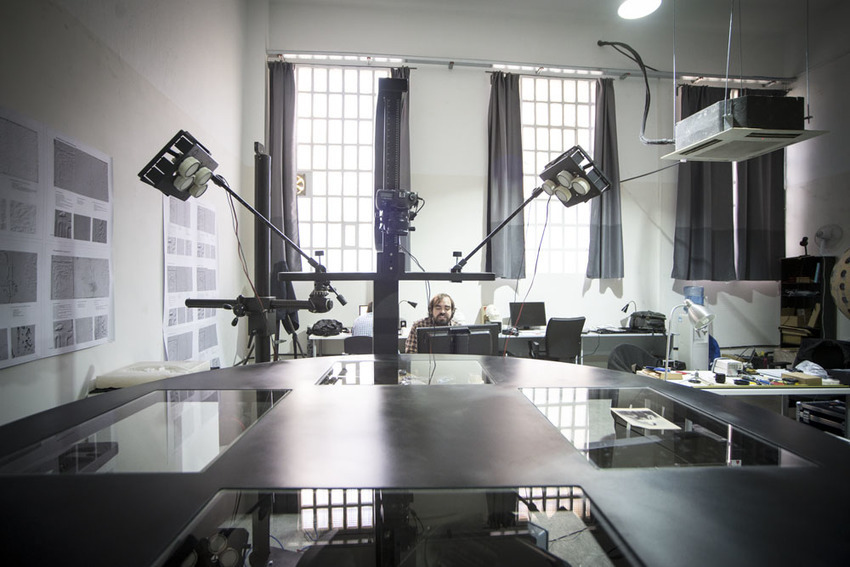 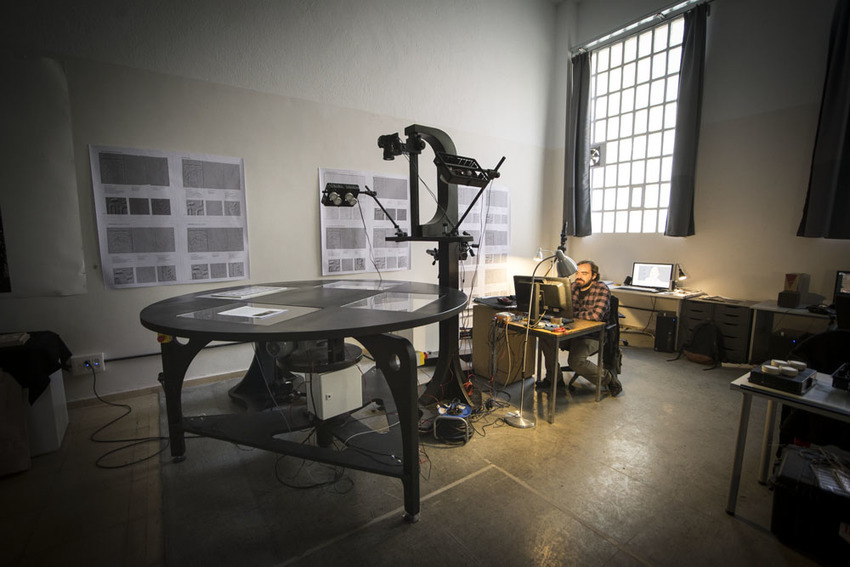 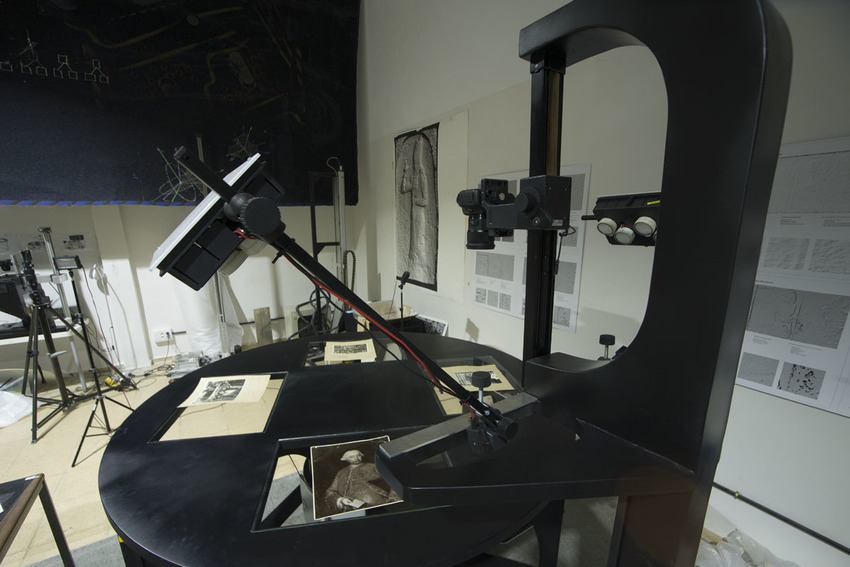 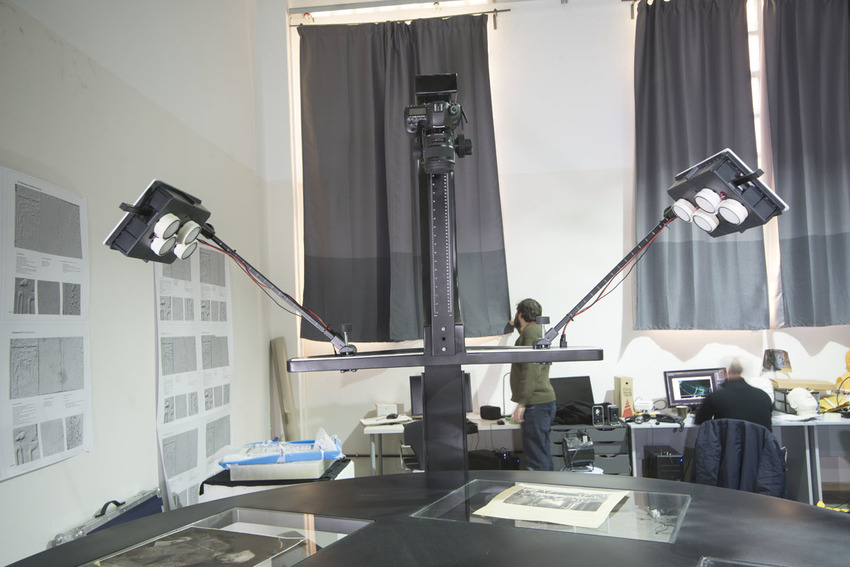 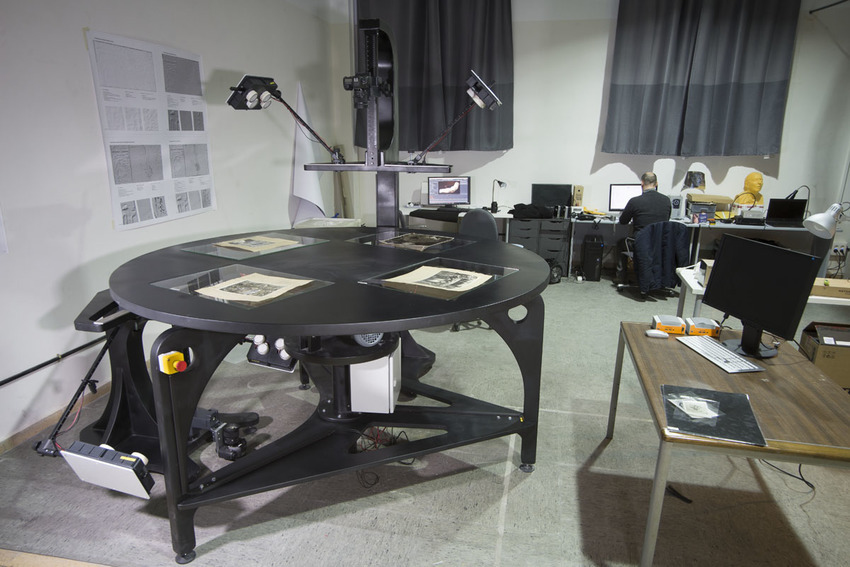 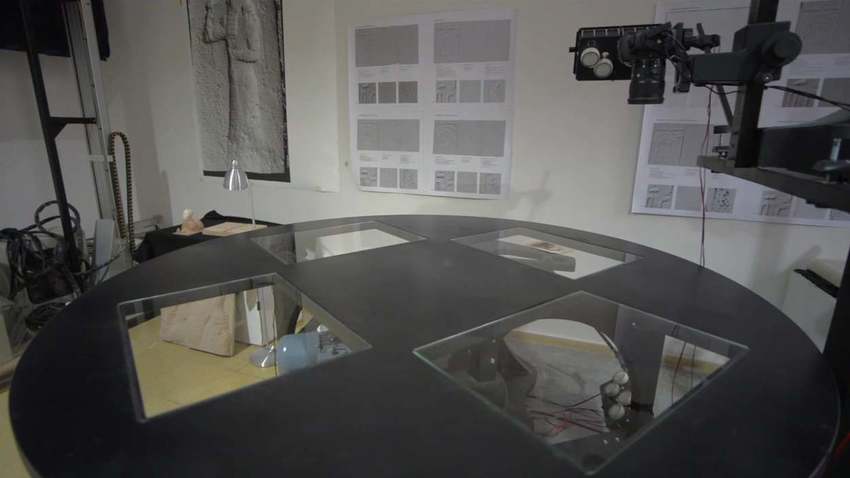 Progress of the Replica Project

For more information on the Replica 360 Recto/Verso Scanner contact info@factumfoundation.org.