‘The Oracle’ (2018) began life as a 3D model provided by Shirazeh Houshiary; this formed the basis of its materialisation as a metal structure that, after several tests, was perfected, sanded-down and hand-painted. This sculpture was shown as part of Lehmann Maupin's solo presentation of Houshiary's piece at Frieze Art Fair LA in 2019. 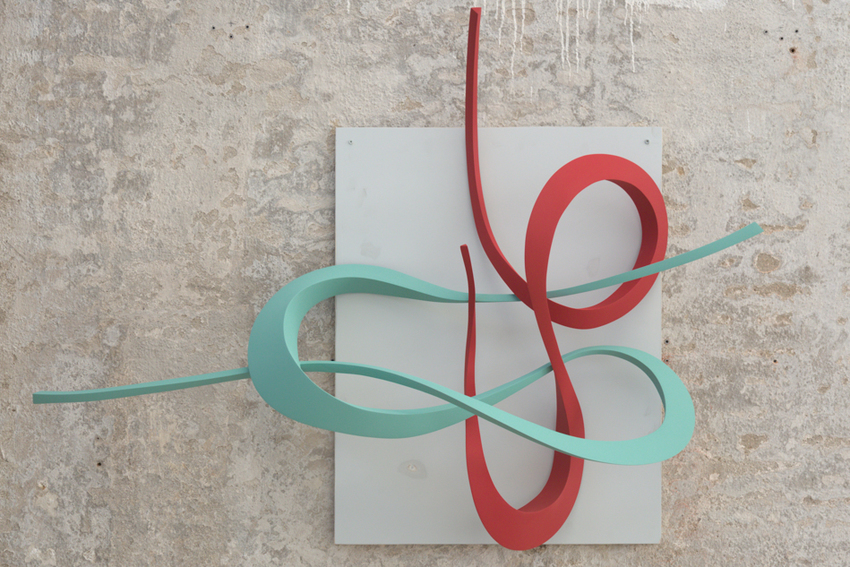 Shirazeh Houshiary supplied Factum Arte with a digital file that would form the foundation of the sculpture. Factum worked on cutting this into strategic sections in order to conceal joint areas and create a smooth as a surface as possible. The file was then 3D printed and a mould was created; this was subsequently cast in aluminium. The last process follows the painting steps.

The result is two snaking slender forms that twist in between each other; the resulting mixture of curves and turns creates an apparent harmony between the starkly opposing colours. 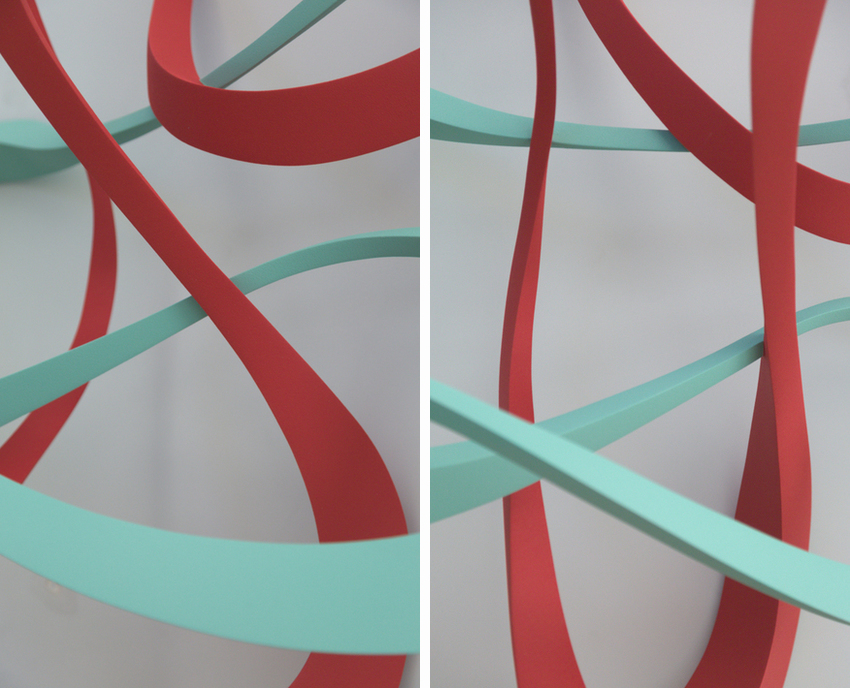 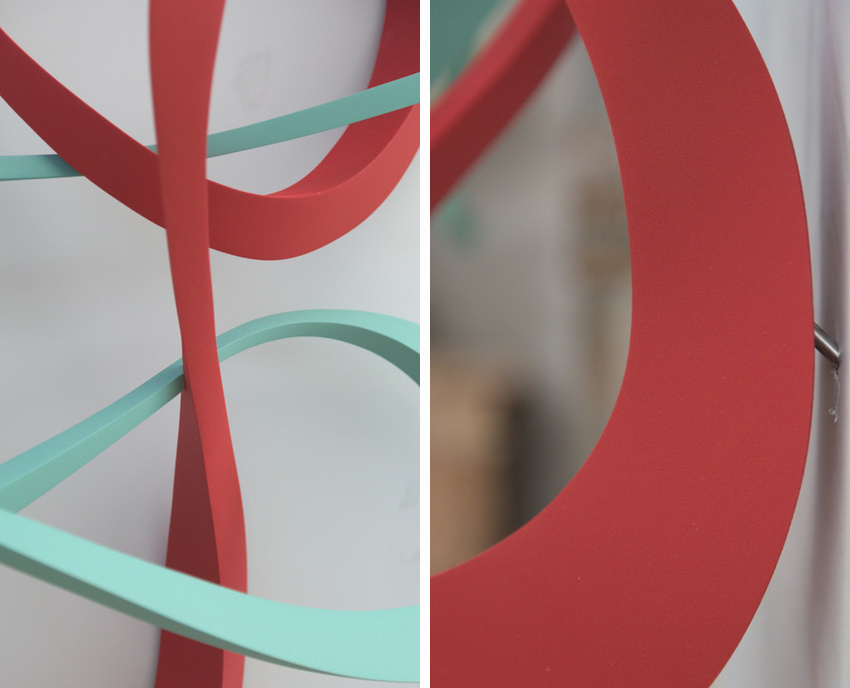 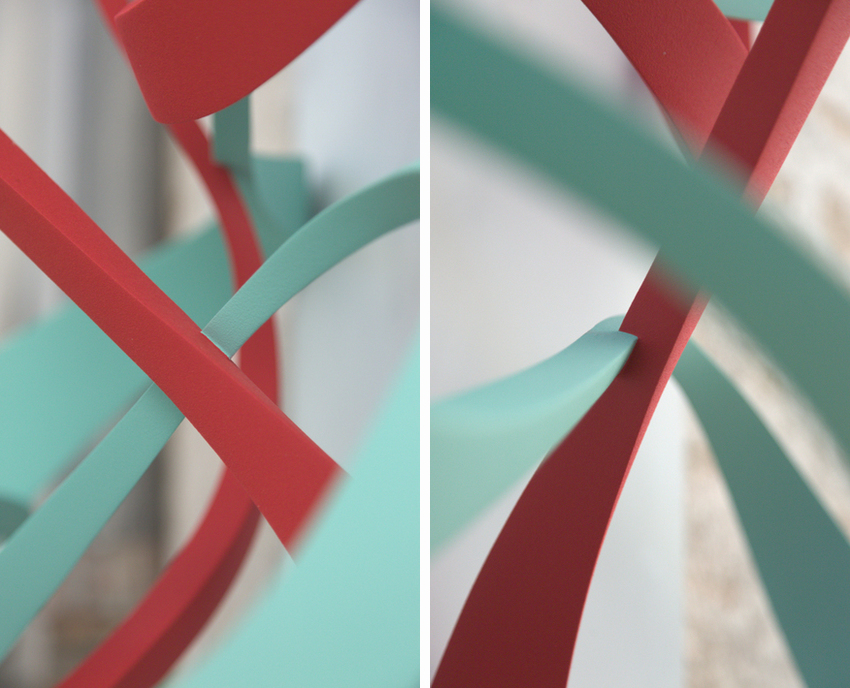