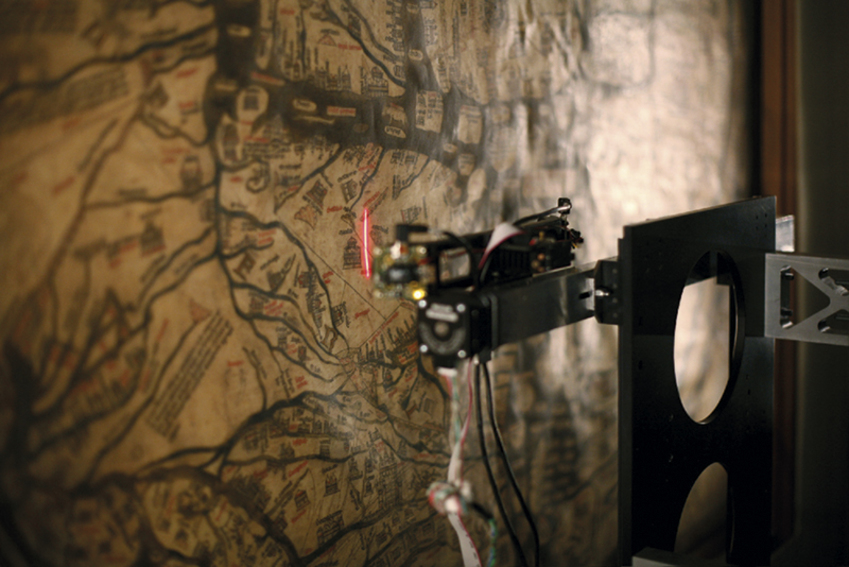 Factum Arte’s fascination with the surface of artworks began in the early 2000s. At the time, studies into the texture of paintings and other objects were not as widespread in the conservation world as the multispectral imaging techniques, including X-ray, infrared and ultraviolet, that looked beneath the surface. Long- to medium-range 3D recording technologies – which accurately capture the general form or layout of an object or site – were also considered invaluable references for heritage management projects of different types. Factum, however, was most concerned with the material qualities of the surface of an artwork; a high-resolution 3D recording of the surface of a work of art was a prerequisite to producing a credible facsimile, indistinguishable from the original to the naked eye. It was also clear that, in combination with colour and other multispectral data, high-resolution recordings of subtle surface relief could lead to new insights and an intimate knowledge about the history of an object and why it looks the way it does today.

In order to obtain the right kind of 3D data – data that could be ‘rematerialised’ for a facsimile – Factum worked with commercial 3D scanner providers throughout the 2000s, often modifying and adapting existing technology for cultural heritage applications. A NUB3D Triple White Light Scanning System was used, for example, in the project to reproduce the Louvre’s Wedding at Cana for its original location on the island of San Giorgio Maggiore (Venice.) Factum also worked closely with 3D Scanners UK to modify and adapt their close-range Reversa Scanner for several projects, including the digitisation of the Tomb of Tutankhamun in 2009.

By this time, the 3D surface recording systems available on the market were becoming obsolete. No other commercial providers supplied close-range surface scanners that improved on the 3D data Factum had been capturing and no relief scanner on the market had yet been designed specifically for conservation. A decision was taken to design an entirely new system in-house, building on the expertise acquired over almost ten years of research. Factum’s new laser scanner would be able to record high-resolution textural information for any 2.5D surface.

The scanner was developed by the Spanish artist and engineer Manuel Franquelo with Factum Arte and Factum Foundation. The first iteration of the Lucida – a two-camera laser system employing linear guides for vertical and horizontal movement in 48 x 48 cm ‘tiles’ – was first used in 2011 to record the preparatory panels for the Triumph of the Eucharist by Peter Paul Rubens at the Prado Museum (Madrid). 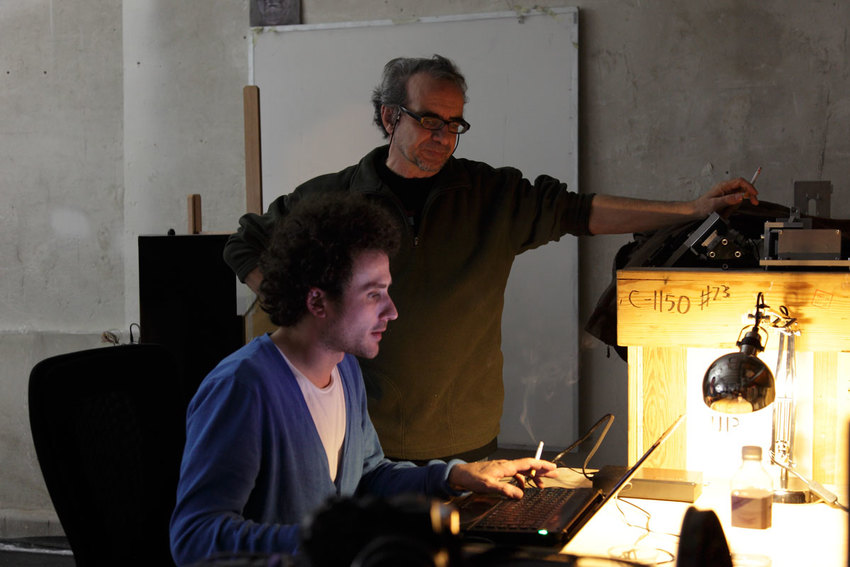 The basic idea was that a thin red laser line – entirely safe for the artwork – would move across the surface of an object, becoming deformed in the process by subtle relief features. Two cameras positioned at 45° either side of the laser would record the distortions of the laser and process them as 3D information in real-time whilst also storing raw black and white video for future post-processing at higher resolutions. The custom software would also simultaneously render the 3D information as a depth map, enabling the scanner operator to check the quality of the data on-site.

Critically, the new scanner had to have a high 'signal-to-noise ratio' – i.e. the data recorded was of the actual surface, as opposed to 'noise' created by the scanner – for different materials including highly reflective, very dark, or glossy surfaces, all of which conventional 3D scanners find problematic. Factum's 'Standard Board', shown in the image below, was used to test 3D data produced by the scanner prototypes to ensure that all types of surfaces would be recorded to the same degree of precision. 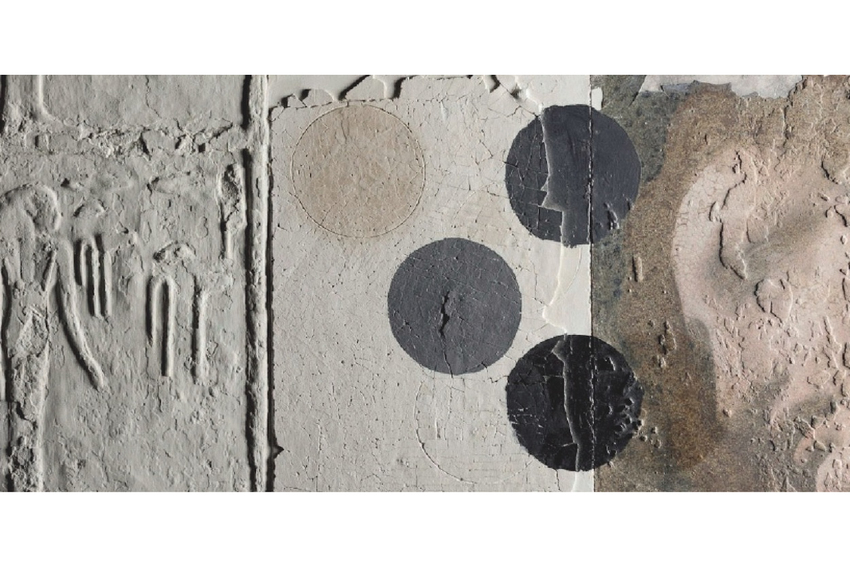 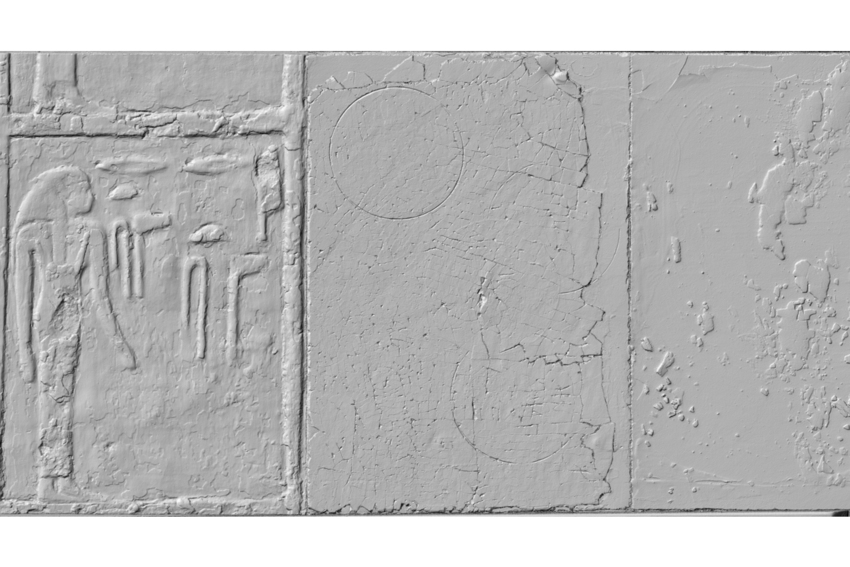 The scan of the 'Standard Board' demonstrated that the Lucida could cope with complex surface types © Factum Arte, Factum Foundation

Several prototypes were tested at leading cultural institutions between 2011 and 2013. The first iteration of the Lucida, a two-camera laser system employing linear guides for vertical and horizontal movement in 48x48 cm ‘tiles’, was first used in 2011 to record the preparatory panels for The Triumph of the Eucharist by Rubens at the Prado Museum in Madrid. Between 2011 and 2013 new prototypes incorporated a stable, modular frame to support the linear guides and allow the operator to scan up to four tiles without having to move the scanner to a new position. Other changes were made including the introduction of z-axis movement – i.e. toward and away the object – to permit scanning at various depths within a single tile.

The images below show early prototypes of the Lucida 3D Scanner alongside images that give an idea of how this unique system was designed with conservation in mind. 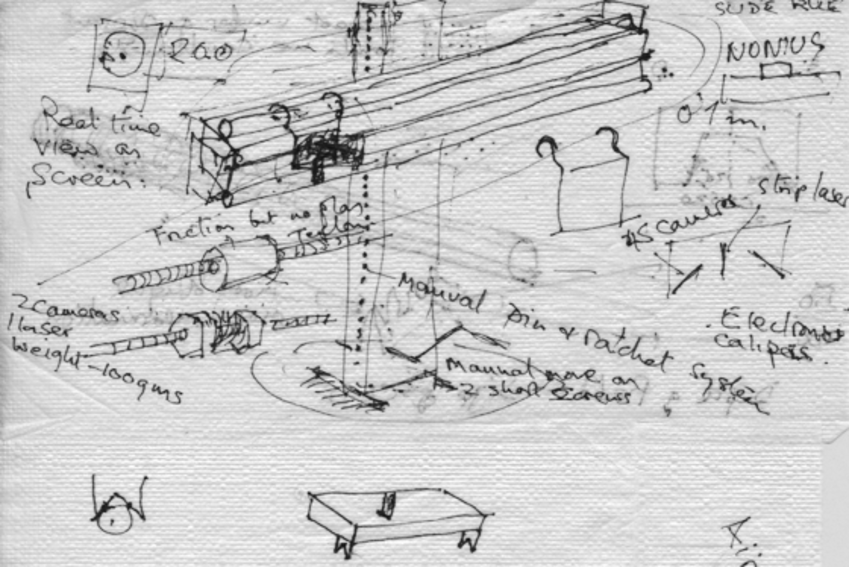 First sketches - what was a 3D scanner for conservation going to look like © Manuel Franquelo, Factum Arte, Factum Foundation 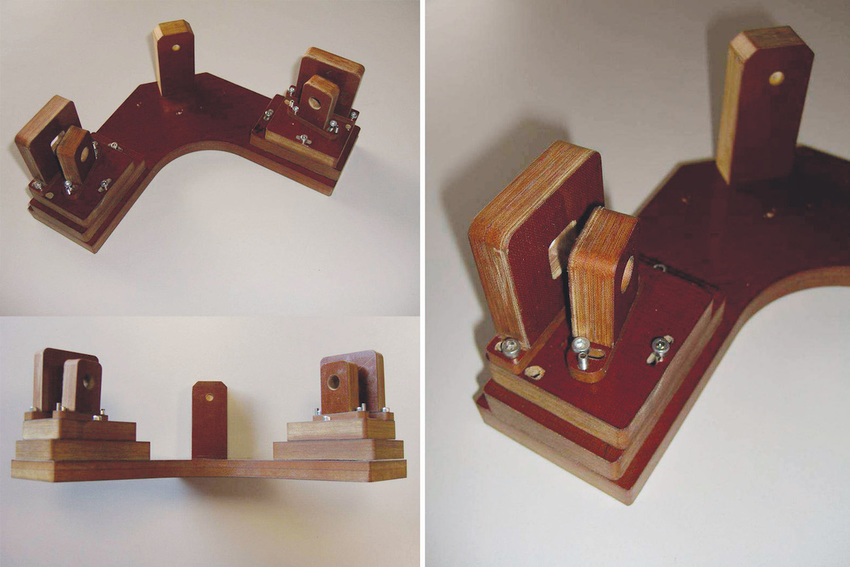 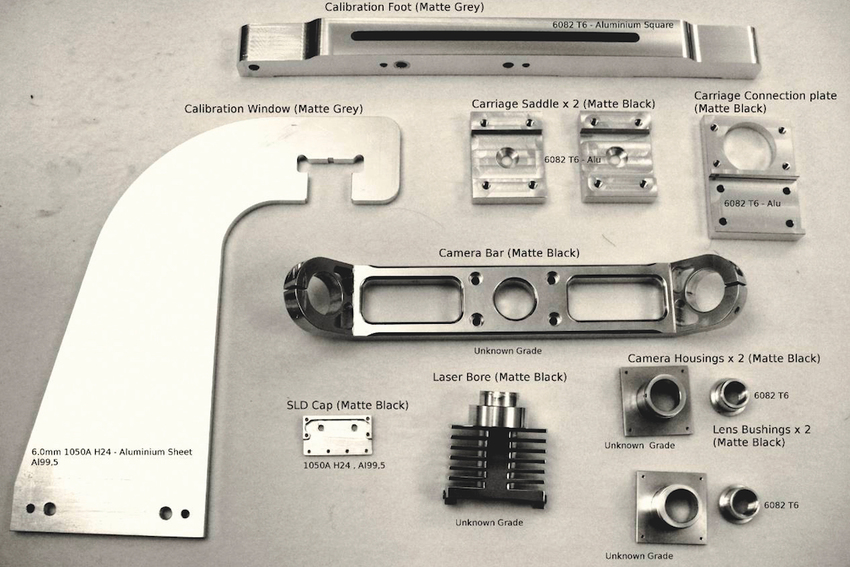 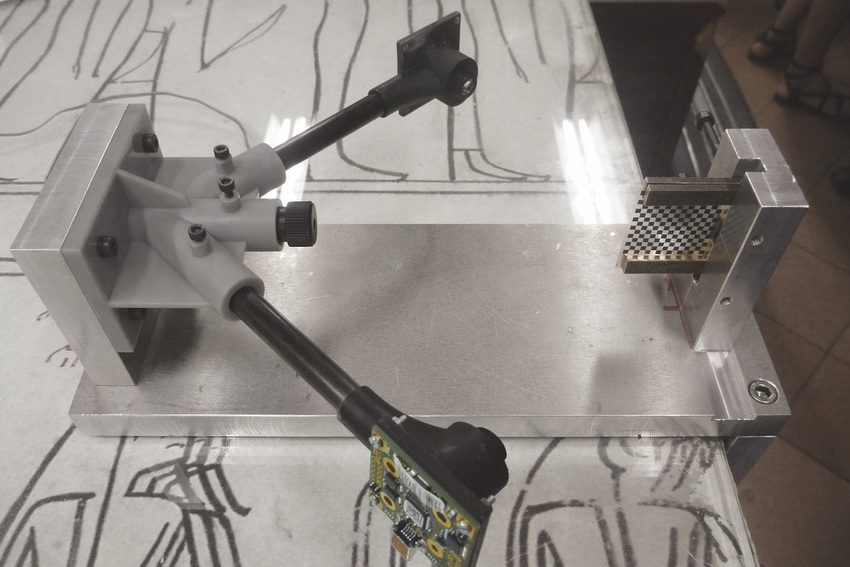 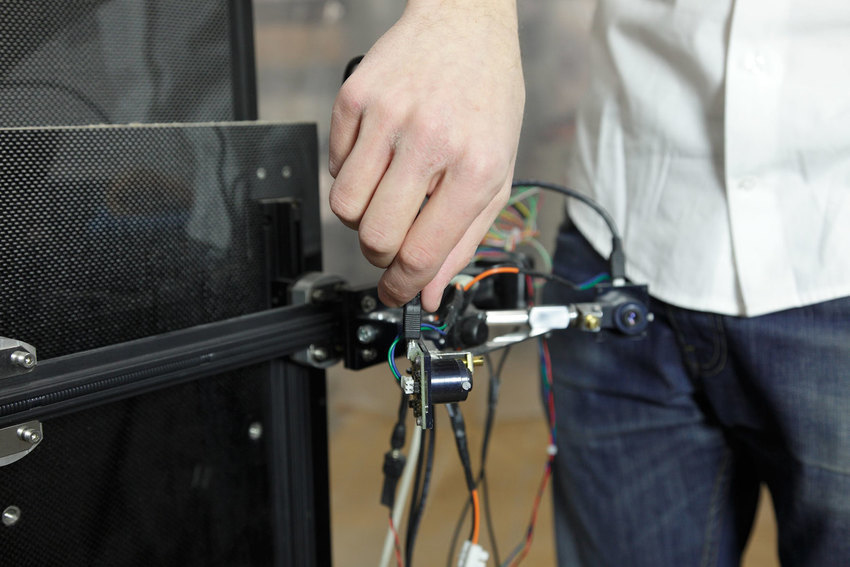 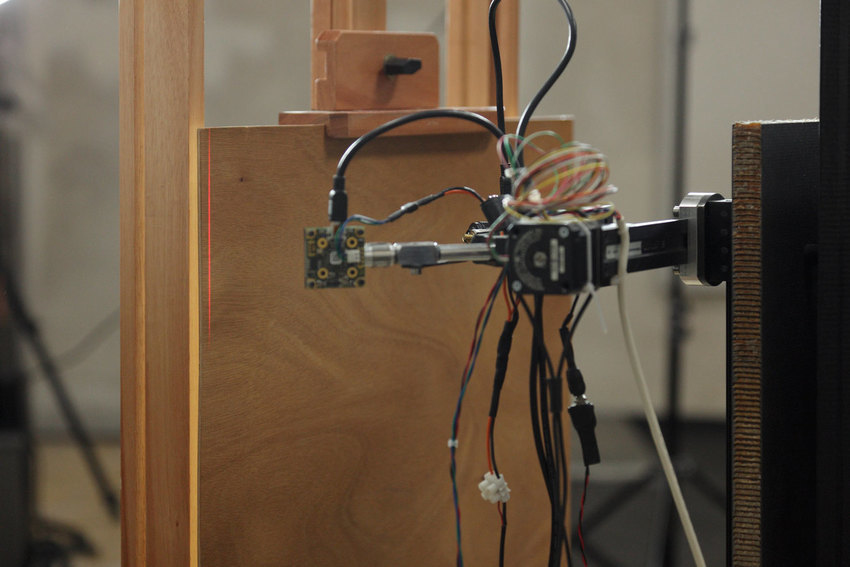 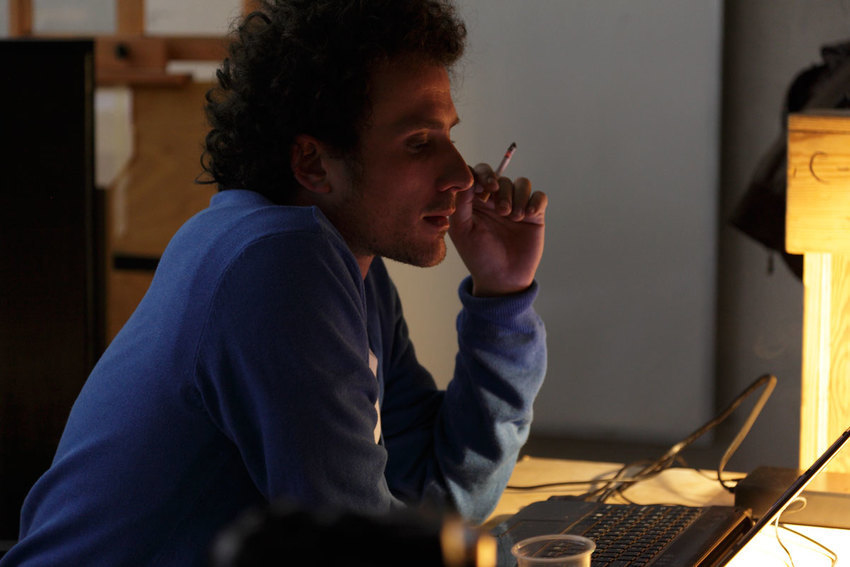 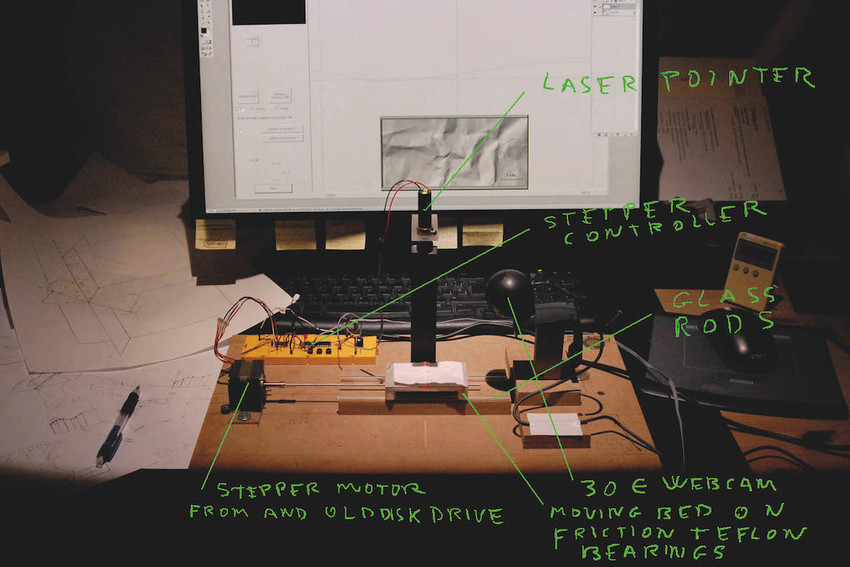 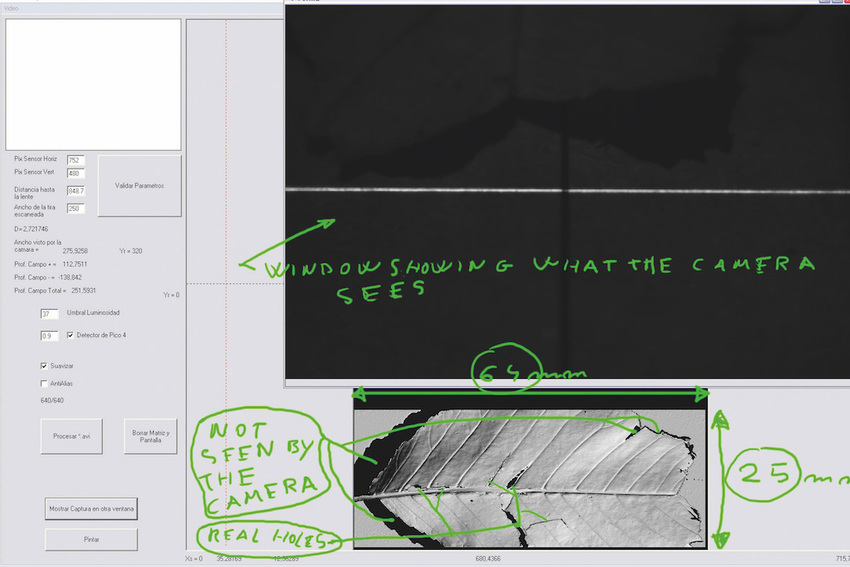 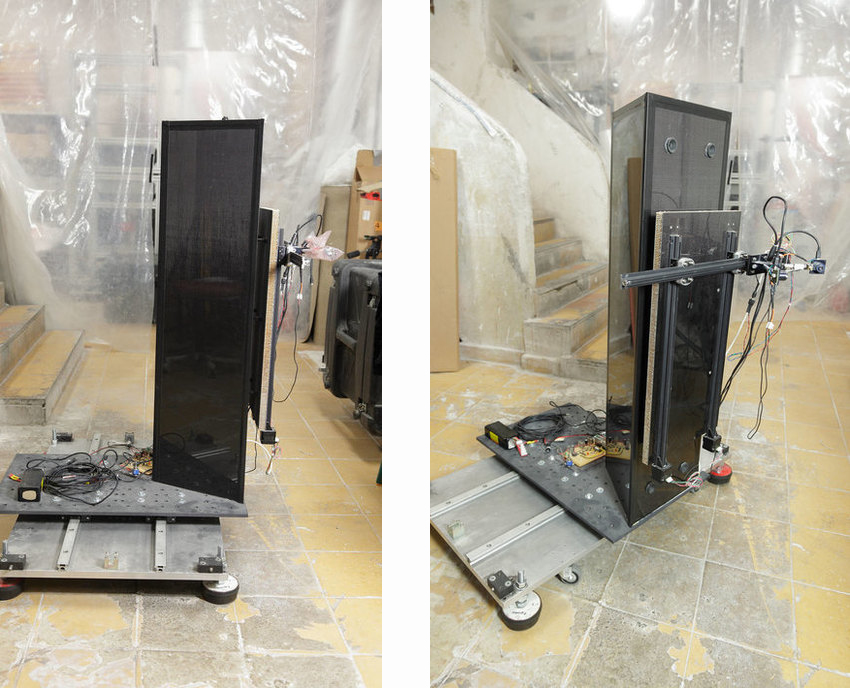 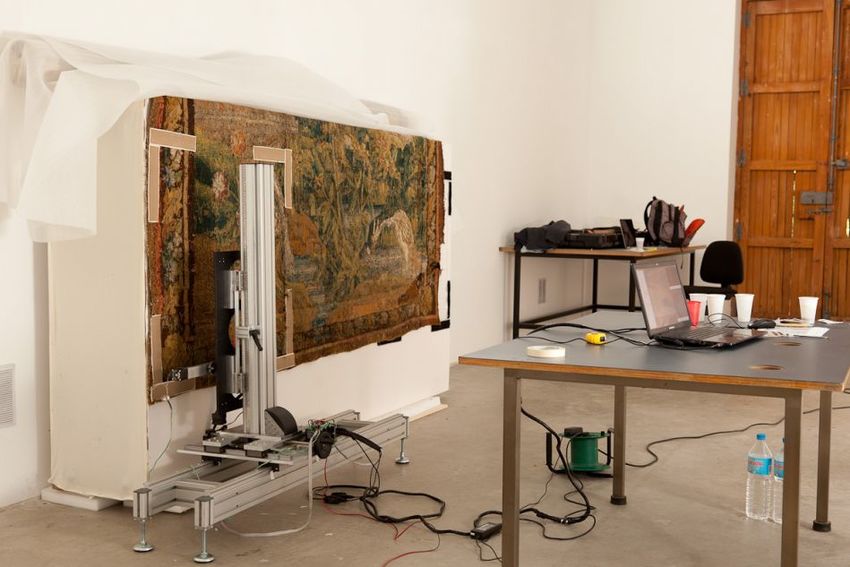