Mangour Screens at the British Museum

In 2017, the British Museum selected Ahmad Angawi to create a site-specific work to be displayed permanently in the new Albukhary Foundation Gallery of the Islamic World, which was inaugurated in October 2018. For this occasion, Ahmad Angawi decided to collaborate with Factum Arte for the realisation of five Mangour window screens.

The British Museum's Albukhary Foundation Gallery of the Islamic World celebrates the influence of Islamic art across the globe by not only presenting timeless works of art but also contemporary pieces that revalorise ancient traditions. The new gallery is divided in two rooms, one focusing on the rise of Islam in the 7th century until the 1500s, and the second exploring the evolution of Islam between 1500 and today. In both rooms, the artefacts are accompanied by quotes, translations, videos and audio extracts thus bringing the works to life.

Angawi is an artist and designer from Mecca. His work is inspired by the great diversity and richness of the cultural environment of Hejaz and his approach finds its origins in Islamic principles, rather than Islamic aesthetic. In fact, his work is created with the central aim of integrating British craftsmanship in the realisation of an art piece with Islamic roots.

Two distinct methodologies were applied to produce the five Mangour screens. While the biggest screen was made entirely using digital craftsmanship, the realisation of the four other screens involved both digital and handcrafting processes. 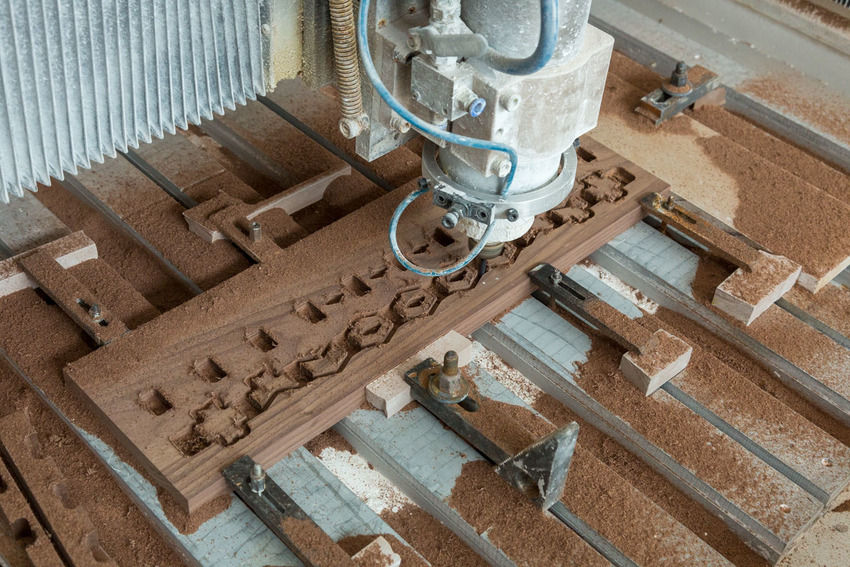 The first screen was made by Factum Arte in black walnut wood and each patterned wood stripe was cut according to the artist’s recommendations with a CNC router machine. 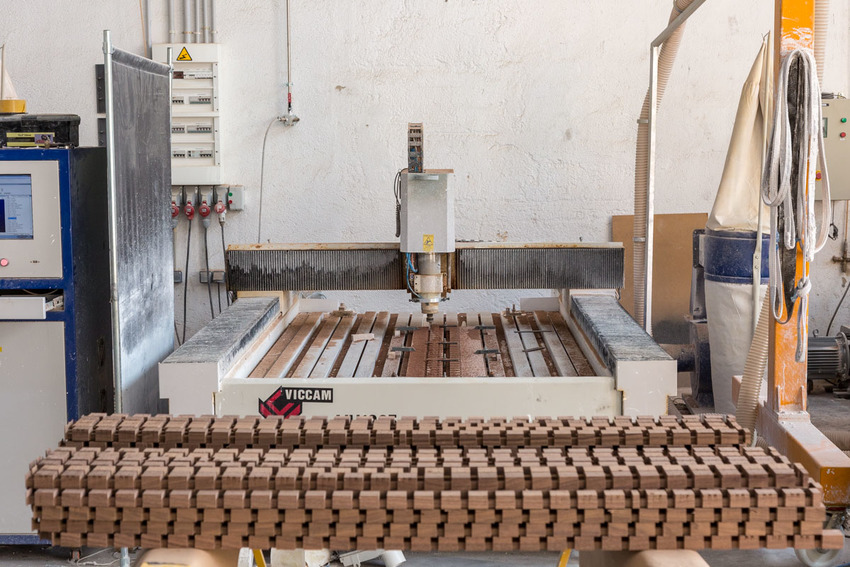 Once all the 106 wood stripes were cut, they were repositioned on the CNC router worktop to sharpen the edges, using an end-mill cutter for the 90º angles, and a 45º cutter for all other corners. 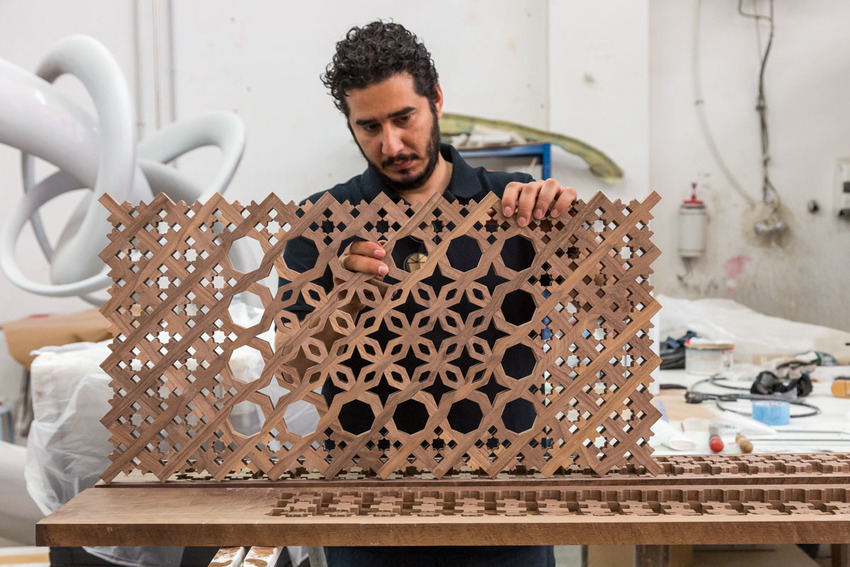 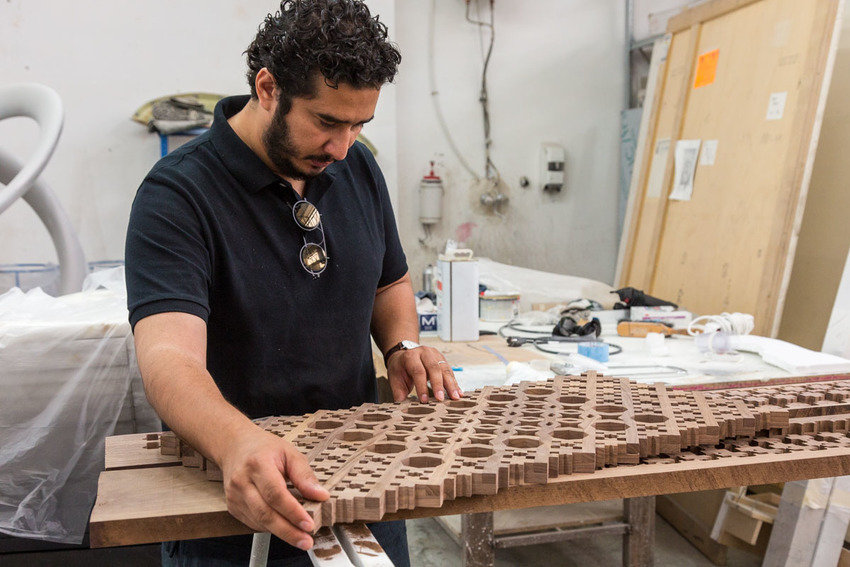 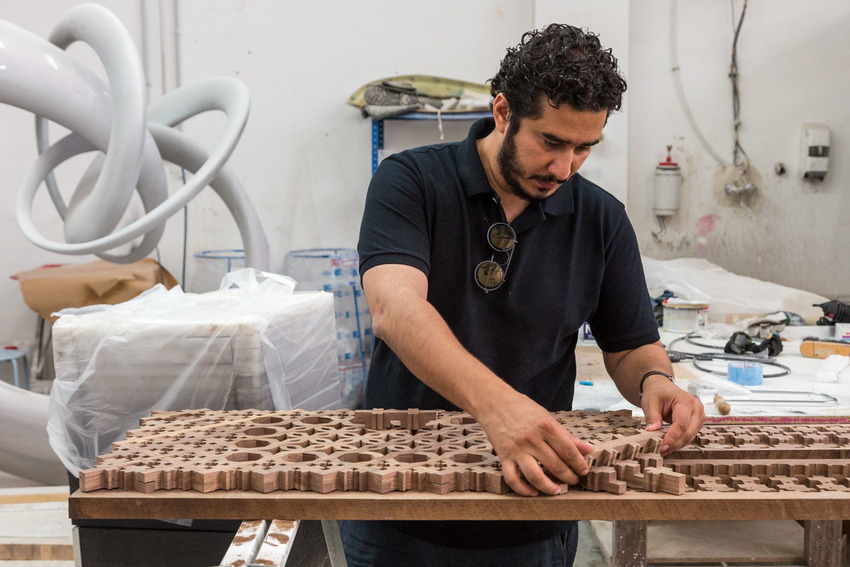 After cutting and sharpening the stripes, these were carefully assembled resulting in 53 double-faced stripes. 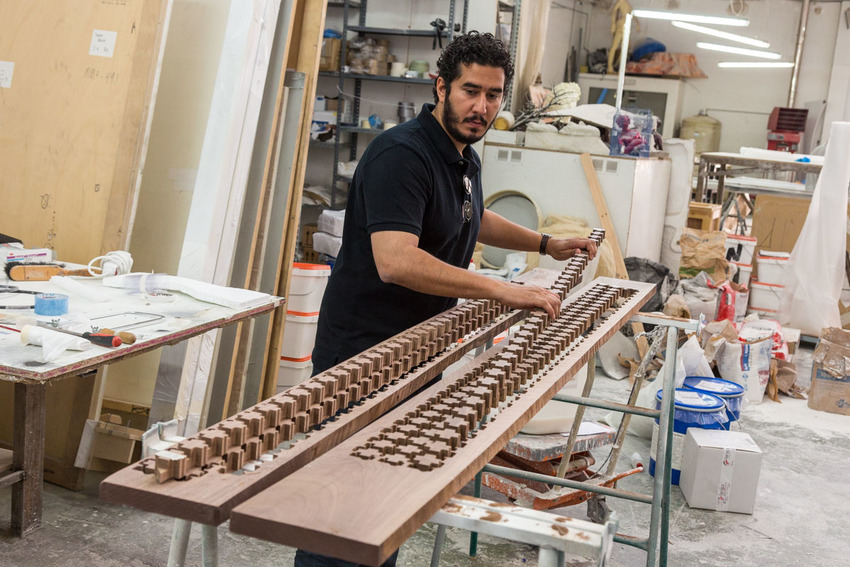 Finally, Ahmad Angawi framed the composition in order to be able to open and close the Mangour screen.

The four other windows were also prepared at Factum Arte but, additionally to digital craftsmanship, they involved remarkable handcrafting skills. To begin with, Angawi selected 280 stripes of black walnut wood out of the 400 initially produced. Then, in the artist’s workshop, the pieces were laser engraved at superficial reference on one side. In order to achieve the desired result, different jigs were used. This was made to facilitate the last step of the process which was the chiselling of all the details of the screens by hand, on each one of the 280 stripes. 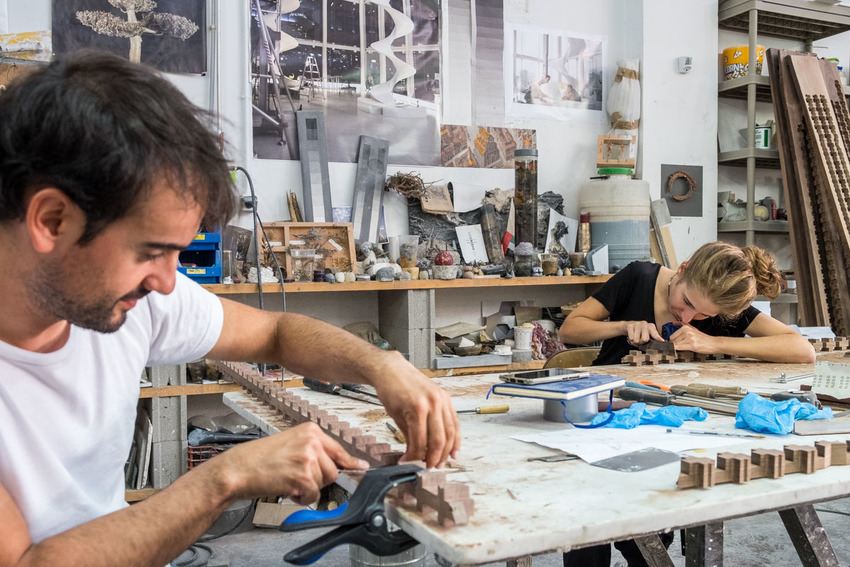 Subsequently, each one of the wood strips was cut with the CNC milling machine in order to indicate the module of the Mangour screens.

Eventually, the final part of the process, the chiselling of the details of the screen, was entirely handmade, in the vein of traditional woodwork.

The result is a stunning exhibition that bridges contemporary art and techniques with traditional craftsmanship and currents of thought.

When two of the five screens are placed on facing windows, Ahmad sees a parallel with the dialogue between the mind and the heart; a communication that he believes also occurs when doing traditional craft as it connects the mind, body, and soul. 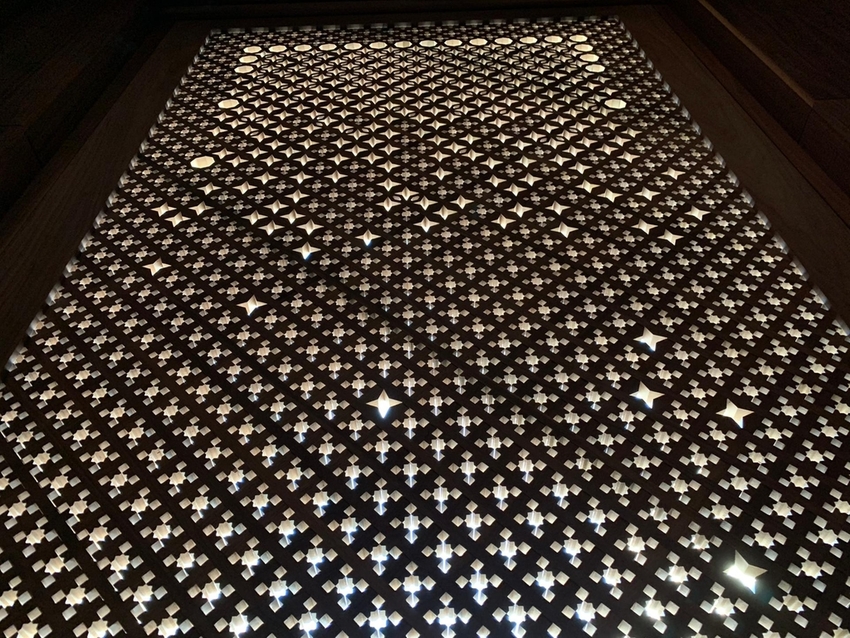