Ekpyrotic String is a fibreglass sculpture installed at NYU´s medical centre produced by Japanese artist Mariko Mori. It was modeled as a 3D form in Mariko Mori's New York studio, and then routed into fire-resistant polystyrene by Model Porex in northern Spain on a large scale six-axis router; it was surfaced, structured and cut into sections. In Factum Arte warehouses it was repeatedly sanded, filled and re-sanded until a perfect coherent form was achieved. It was then taken to a spray booth/oven where Airbus parts are normally painted and covered with layer after layer of a special holographic paint made by Lechler in Como, Italy. 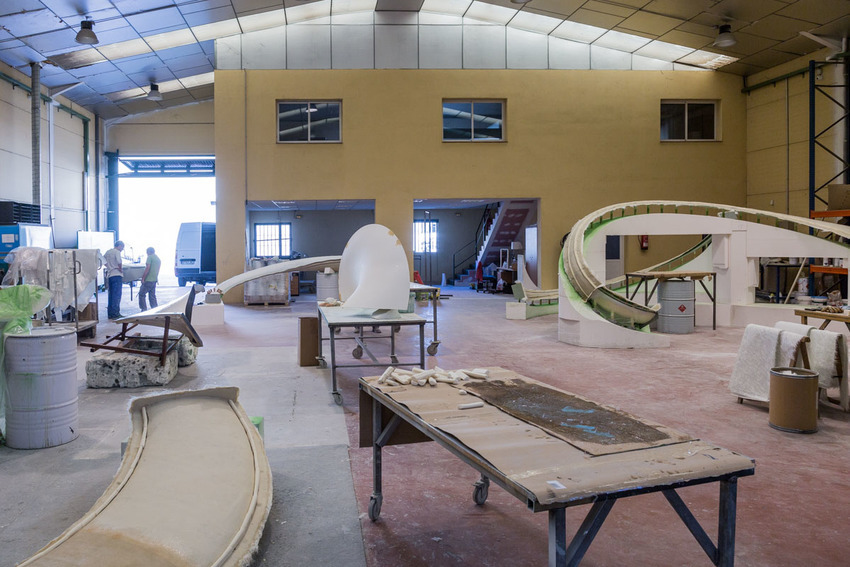 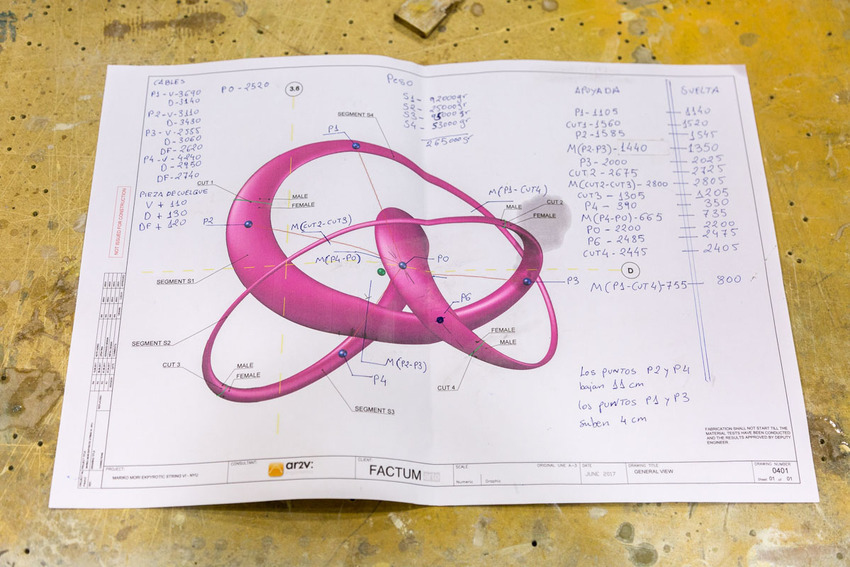 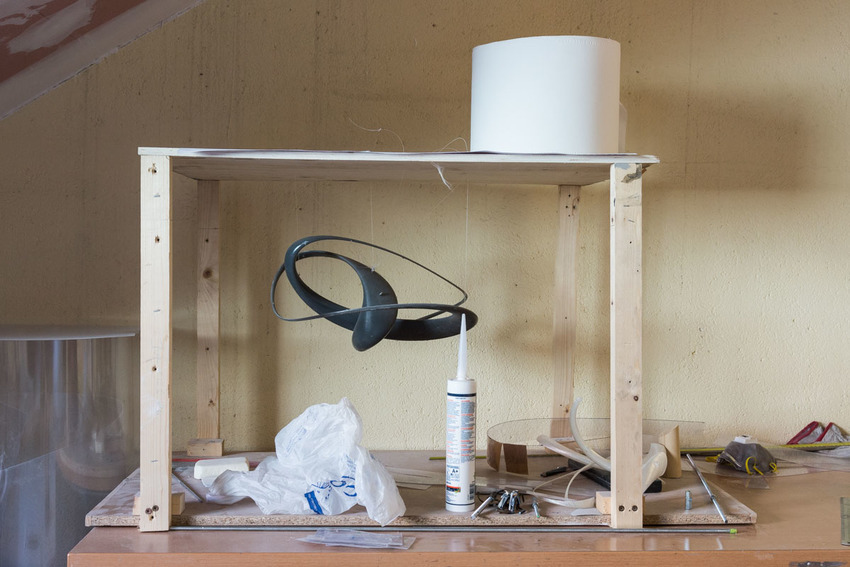 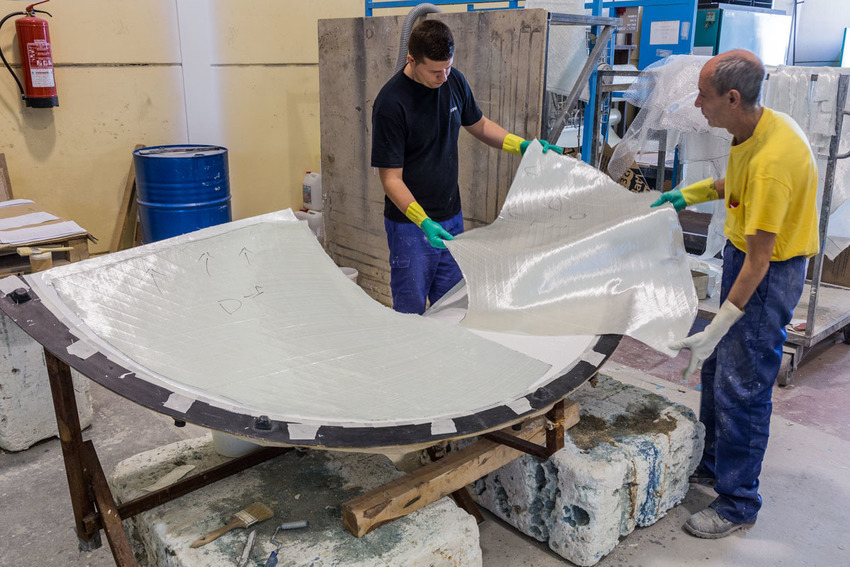 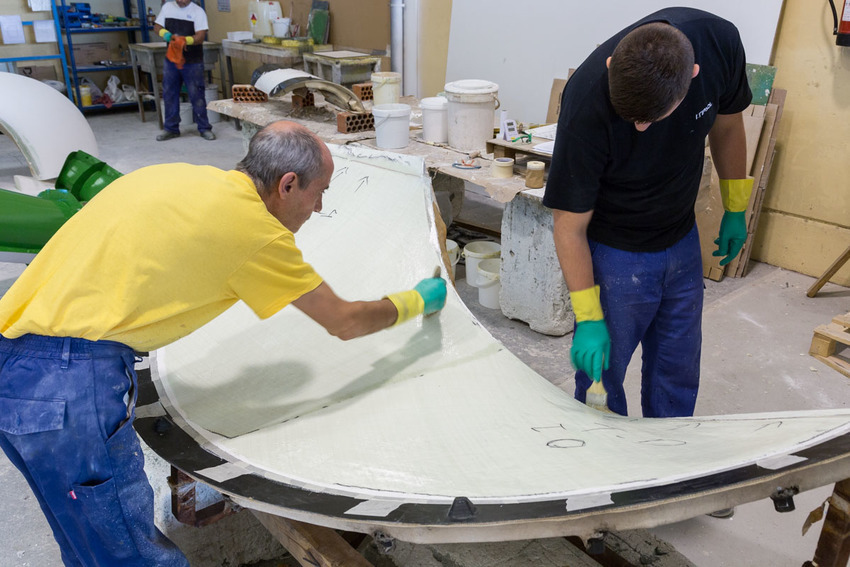 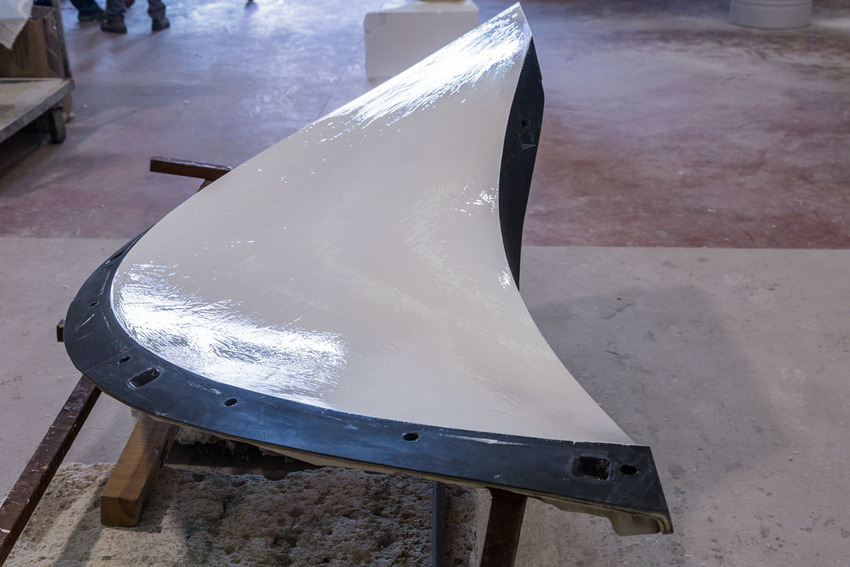 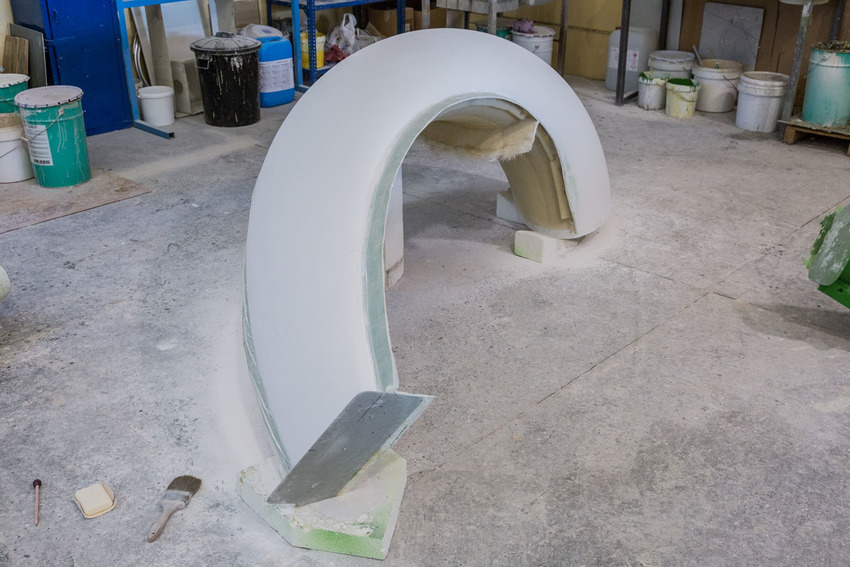 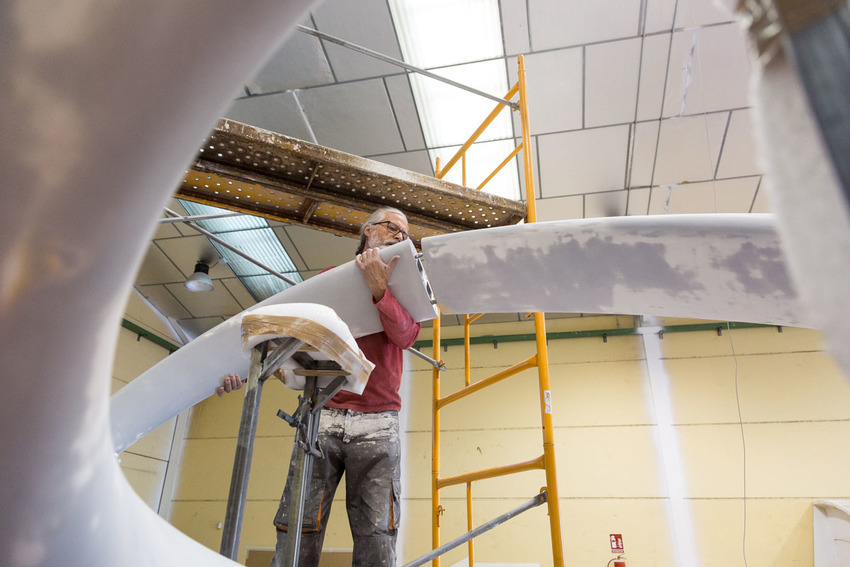 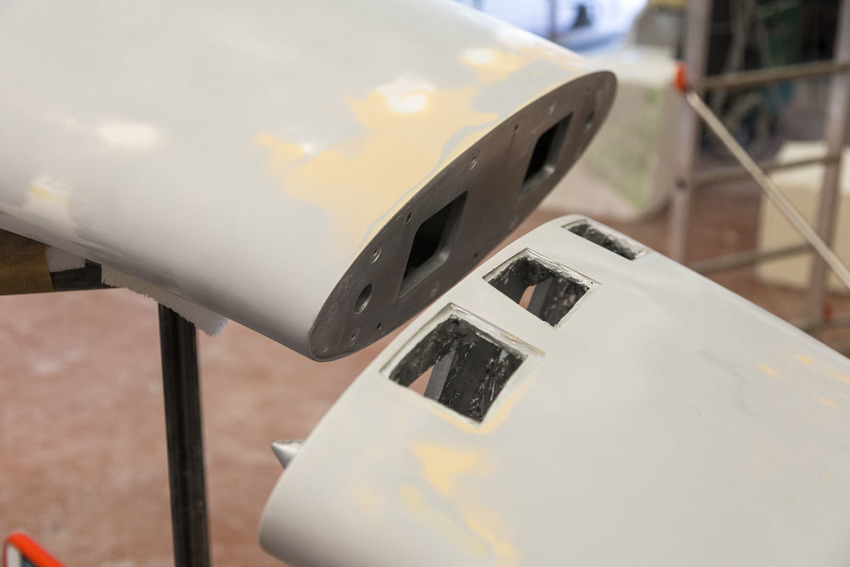 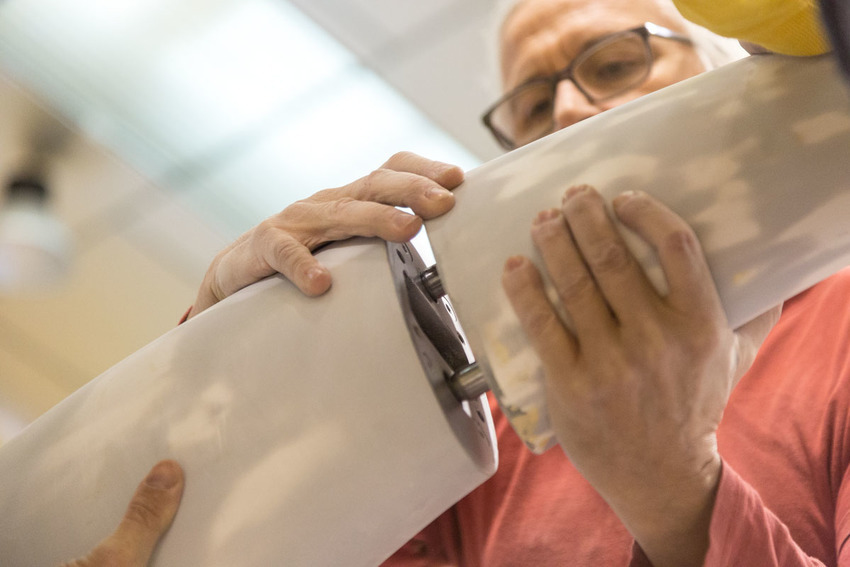 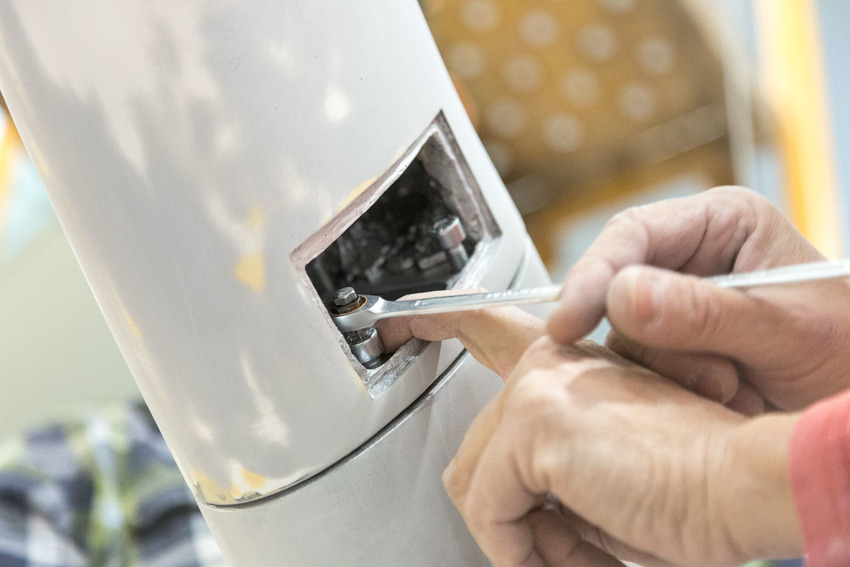 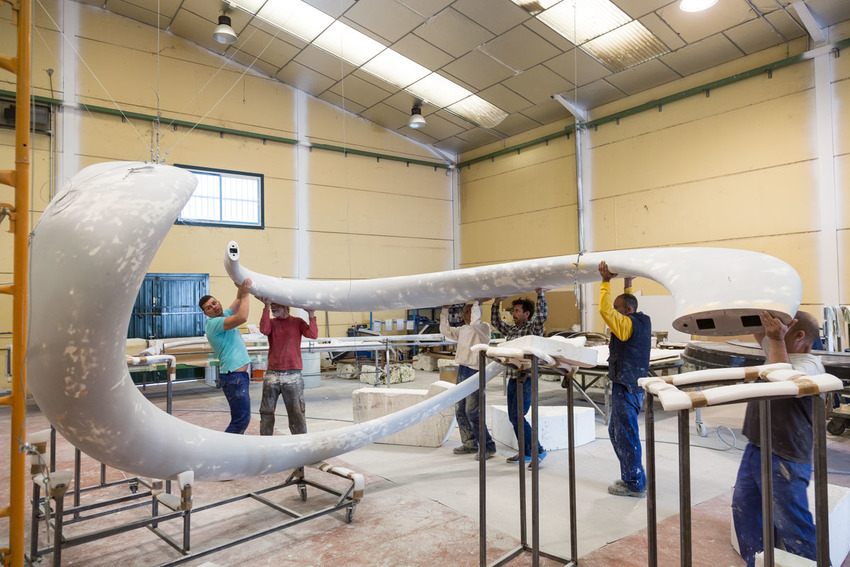 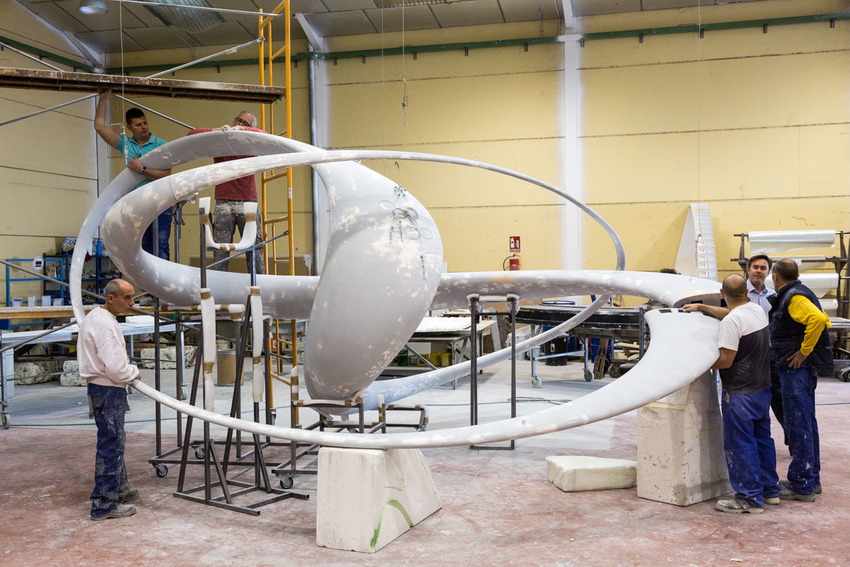 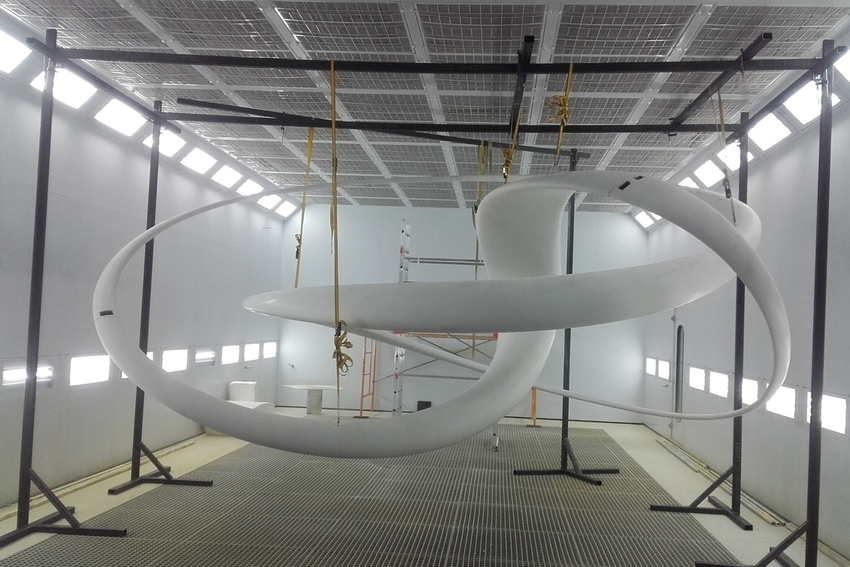 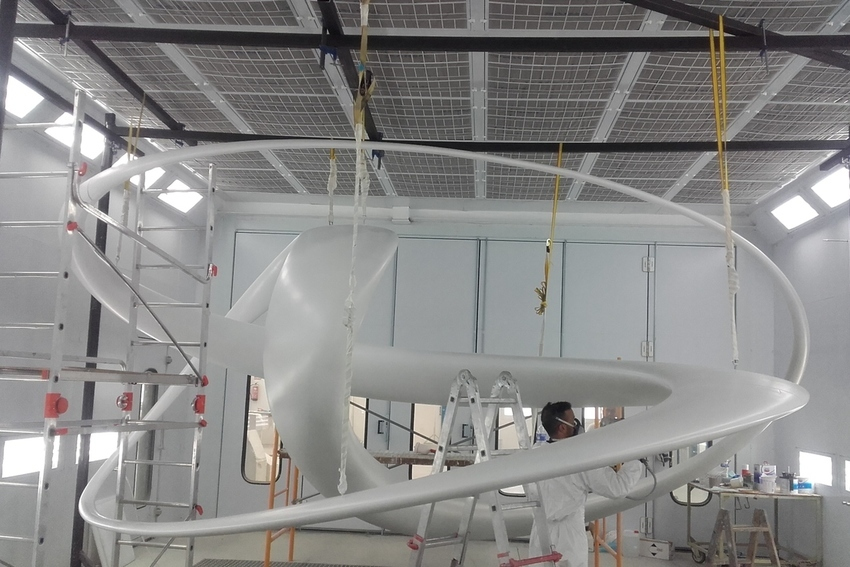 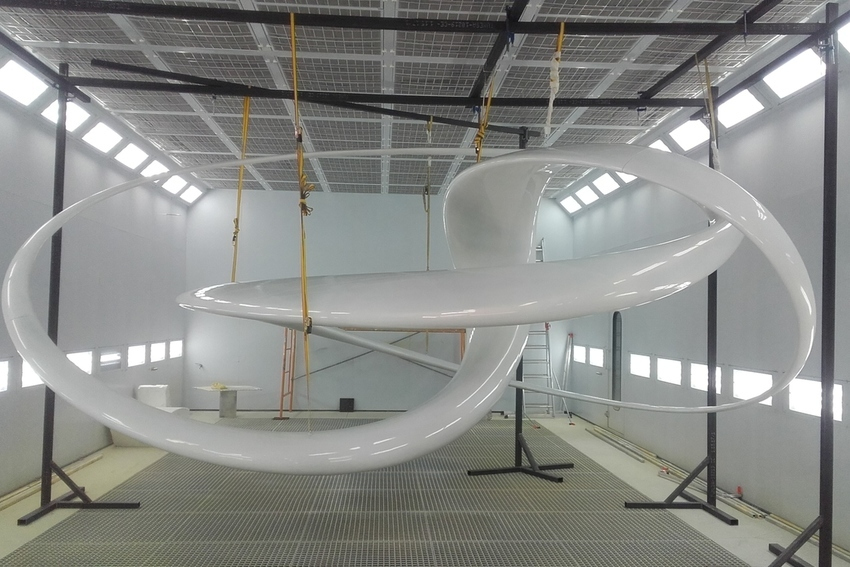 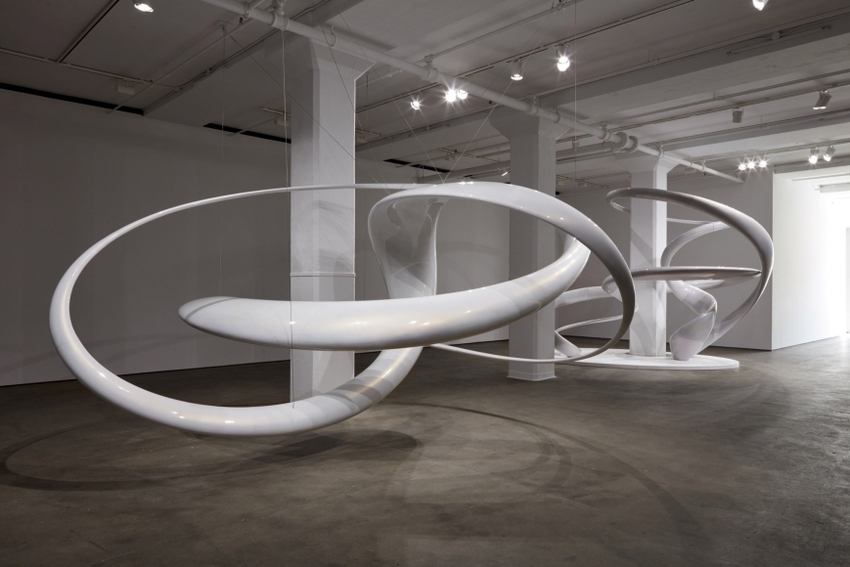 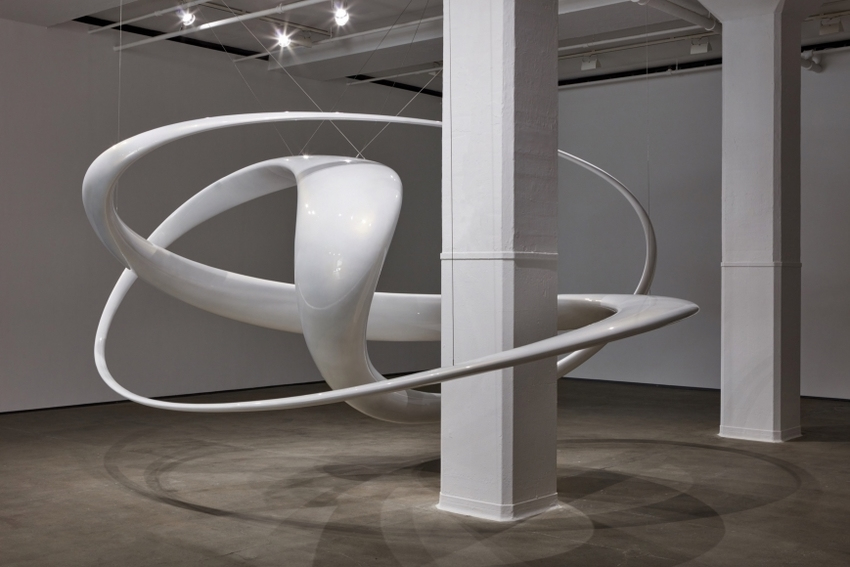