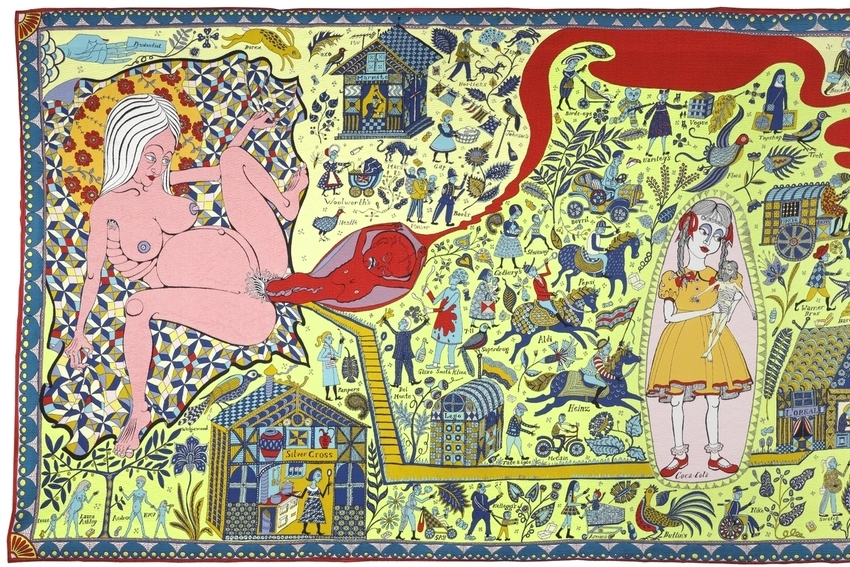 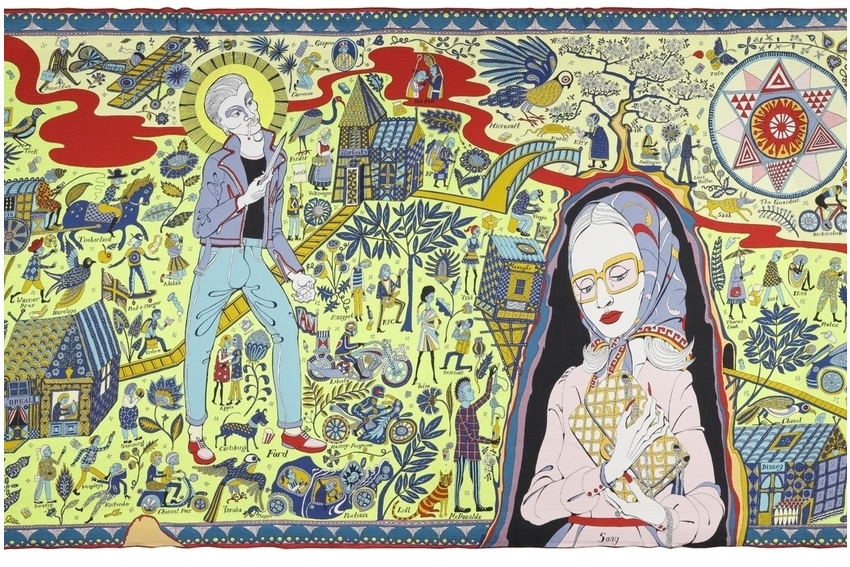 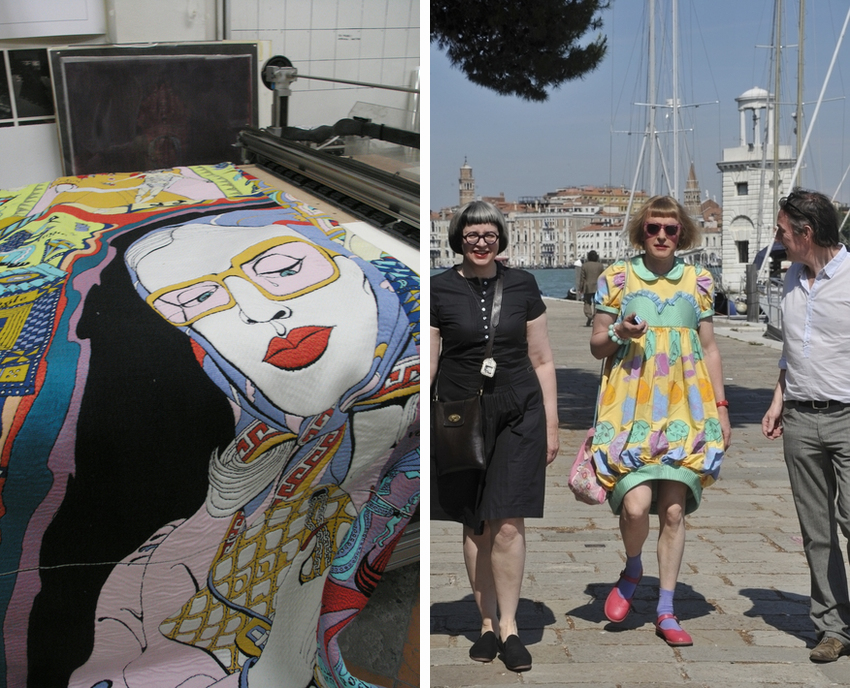 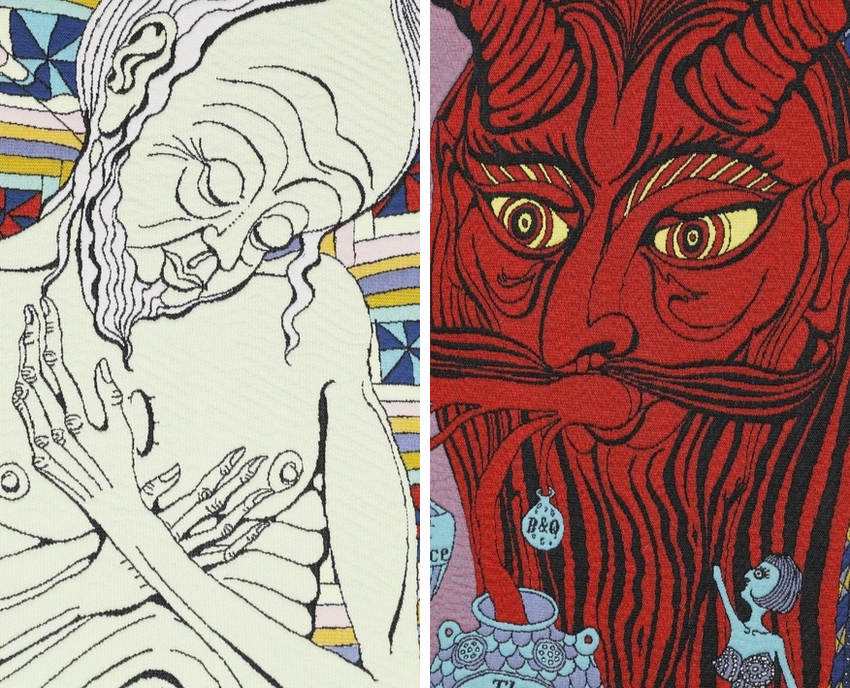 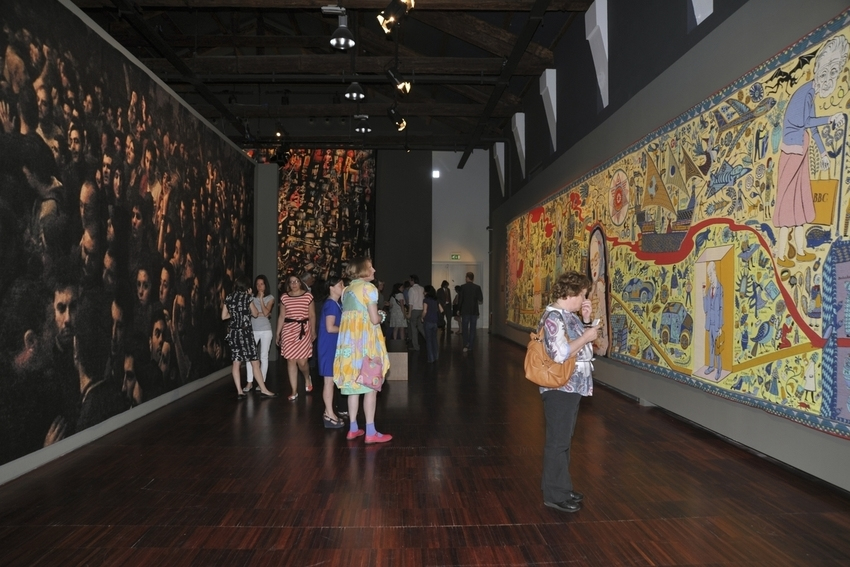 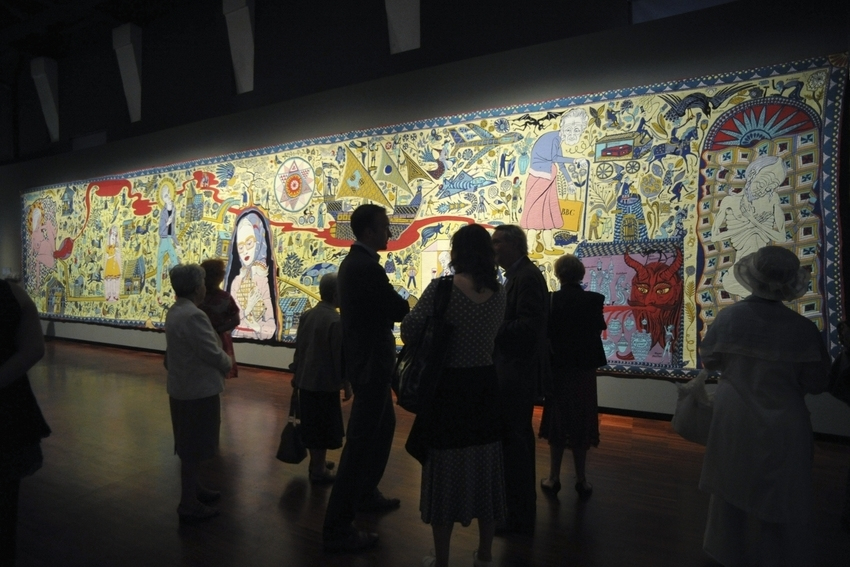 A second edition of the Walthamstow tapestry, in a smaller format of 140 x 710 cm, was also produced in collaboration with the artist and was on display at Arachne’s Return, an exhibition curated by Adam Lowe at Scheublein Fine Art, Zurich (14 – 31 March 2012). 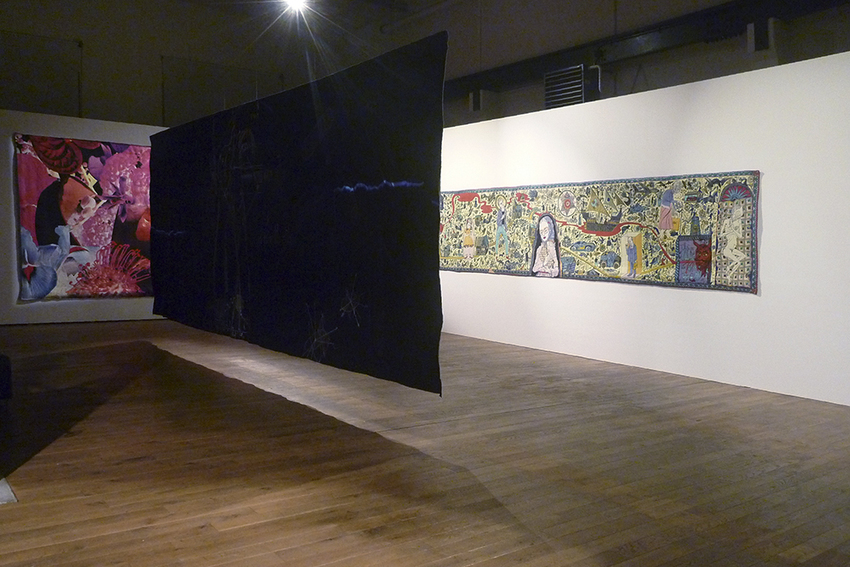 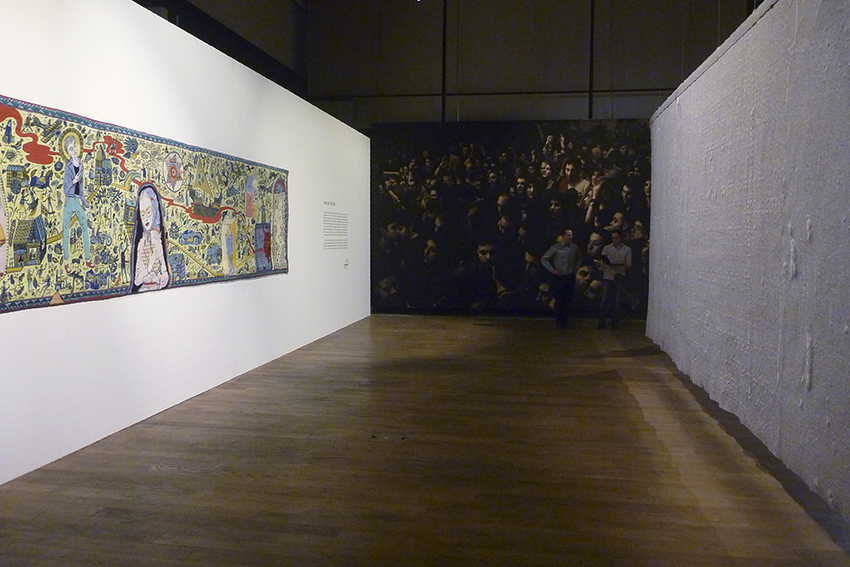