A Vanity of Small Differences 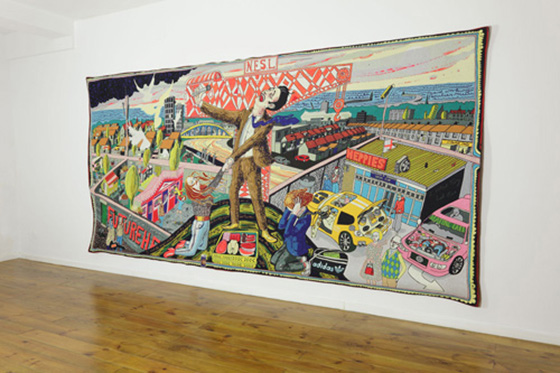 Grayson Perry's third tapestry project in collaboration with Factum Arte, A Vanity of Small Differences, is a series comprised of six tapestries. Factum Arte worked with Grayson on all stages of the production of the tapestries which were woven from digital files on a Jacquard Loom in Belgium. The sequential narrative tells the tale of Tim Rakewell's rise and fall (based on the the main character of A Rake's Progress by William Hogarth, 1732-33) and our attachment to the objects we share our lives with through the traditional art form of tapestry. 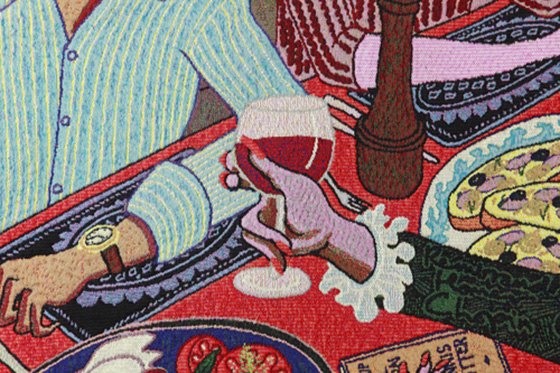 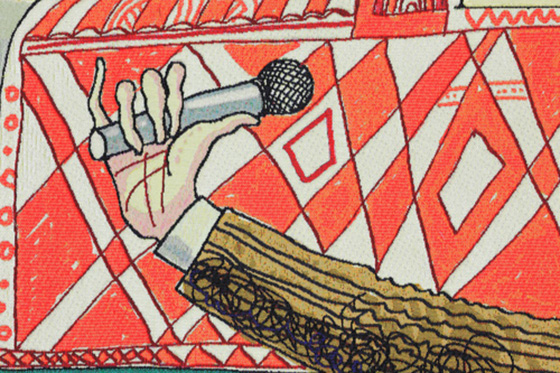 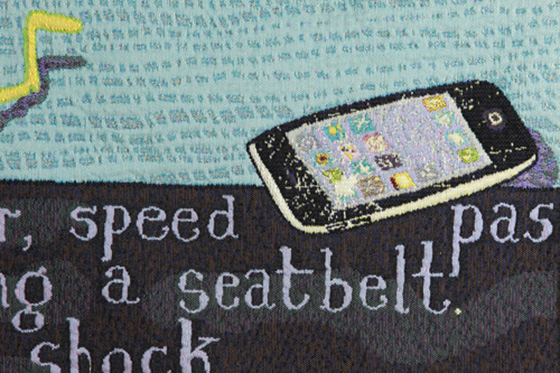 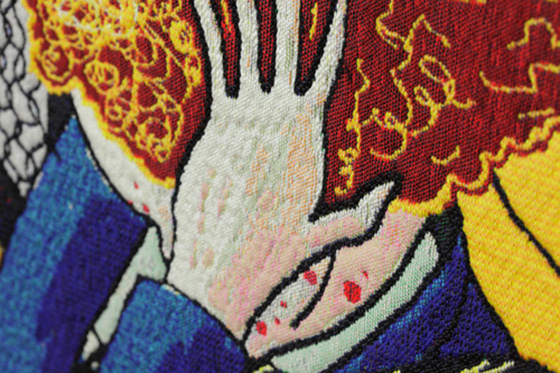 In words of Victoria Miro Gallery, Perry plays with the idea of using this ancient allegorical art (tapestry) to elevate the commonplace dramas of modern British life. His tapestries were shown at the gallery from 7 June to 11 August 2012.

Each of the six images, to a greater or lesser extent, pays homage to a religious work. Including Masaccio's Expulsion from the Garden of Eden, Matthias Grünewald's Isenheim Altarpiece, Rogier Van de Weyden's Lamentation and three different paintings ofThe Annunciation by Carlo Crivelli, Grünewald and Robert Campin. The images also reference the pictorial display of wealth and status in The Arnolfini Portrait by Jan Van Eyck and Mr & Mrs Andrews by Thomas Gainsborough. Woven into each tapestry are snatches of text, each one in the voice of a participant in the scene illustrated. Each image also features a small dog, reminiscent of Hogarth's beloved pug, Trump.

To accompany the exhibition, Channel 4 produced the three-part series, All In the Best Possible Taste with Grayson Perry, which aired throughout June 2012 and can be seen here. 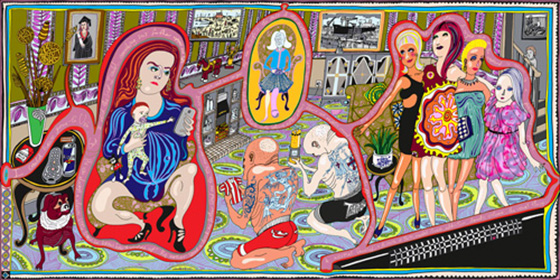 I - The Adoration of the Cage Fighters 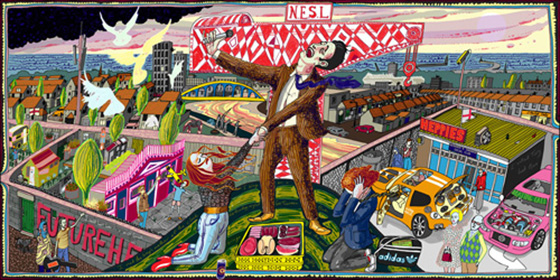 II - The Agony in the Car Park 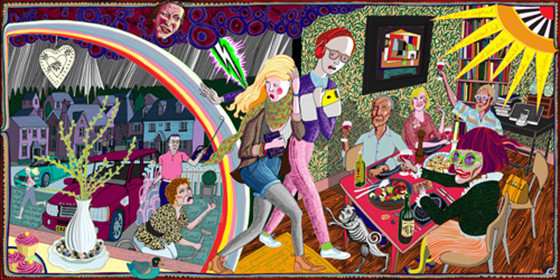 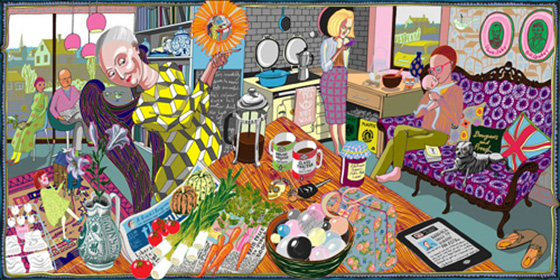 IV - The Annunciation of the Virgin Deal 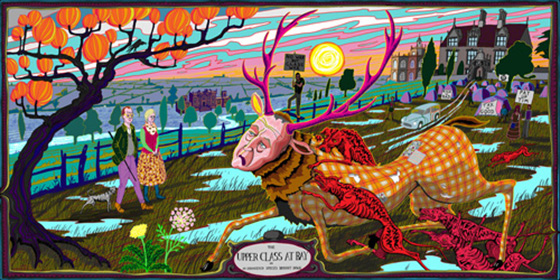 V - The Upper Class at Bay 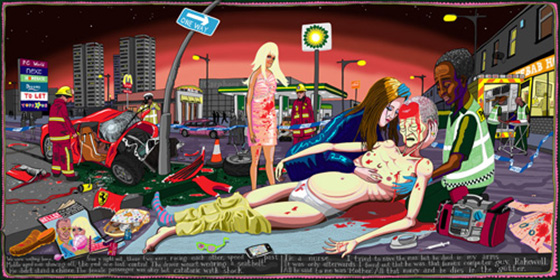 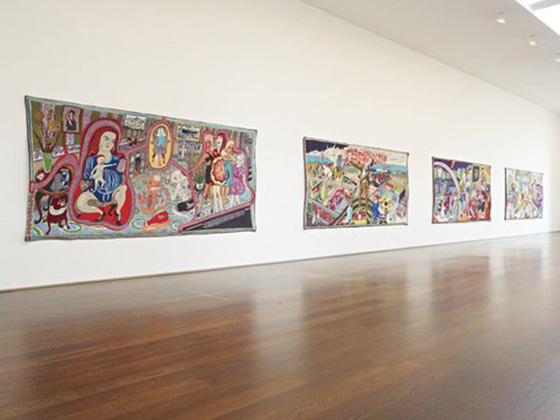 The tapestry series was exhibited for the first time in Victoria Miro Gallery, summer of 2012. 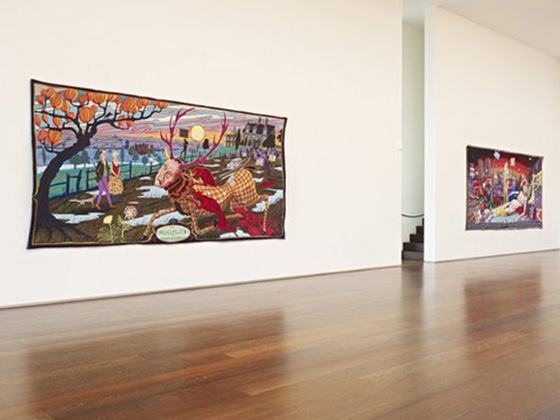