The Swiss photographer Bernd Nicolaisen compiled unique images of these features of the landscape in the pictures he took in Iceland between 2004 and 2017. With his photographic work Nicolaisen seeks to detect hidden artifacts and provide them with a platform. His photography, initially in analogue before progressing to digital, requires a lot of time and effort to „transform what is basic into what is unique.“

Subjective Photography - Abstraction by Reductions: The pictures depict nature in a seemingly untouched and magical way, and often appear to be images from a remote planet, showing places of solitude, silence, melancholia, and even spirituality. In his conceptual design of natural forms, human intervention rarely, if ever, becomes apparent.

No humans, creatures, or signs of civilization are portrayed, so that the sublime, wild, and pristine qualities in the grandiose nature of glaciers, arctic sea, and mountain ranges can be appreciated. Abstract shapes invite the spectator to behold and linger. Since 2001, Bernd Nicolaisen has worked with his 8x10 inch large-format camera. The work on his glacier project Restlicht 2004–2016 commenced in 2004 and in 2012, he joined up with Christoph Frutiger to produce a documentary under the same heading. Hatje Cantz published the catalog Restlicht Bernd Nicolaisen Photographs / Tableaux / Lightboxes in 2015, which was followed by exhibitions at the Grossmünster Zürich 2015, Museum Gletschergarten Lucern 2016-2017, Galerie Scheublein+Bak 2017 and Masterpiece 2018 London. His work is featured in various collections and it was introduced by several publications, including Kunstbulletin, Photography-now, Deutsche Gesellschaft der Photographie, art-tv and represented in art collections. 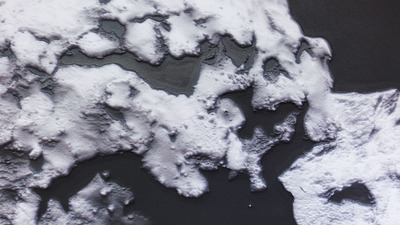 Head oF 67P - ESA / Rosetta Mission & Chury out of horizon